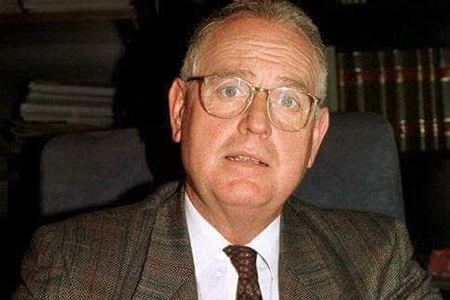 On the afternoon of 9 October 2000, Luis Portero García left work and was heading back to his home in Granada. At around 2.15 pm, as he walked through the main door and stopped to call the lift, an ETA terrorist who had been waiting for him took out a pistol and shot him twice in the back, before fleeing the scene. He was taken to the Traumatology Hospital in Granada but did not survive his injuries. ETA members Harriet Iragi Gurrutxaga and Jon Igor Solana Matarrán were convicted of perpetrating the crime and Juan Antonio Olarra Guridi of being an accessory to the attack. The unit had also planted a car bomb in the vicinity of Portero García’s home.

Luis Portero García, who was married with four children, was the chief prosecutor in the Higher Court of Justice of Andalusia and the brother of the mayor of Malaga. He also worked as a lecturer and researcher in criminal law at several universities. A few days before his death, sensing that he was in danger, he had requested protection. 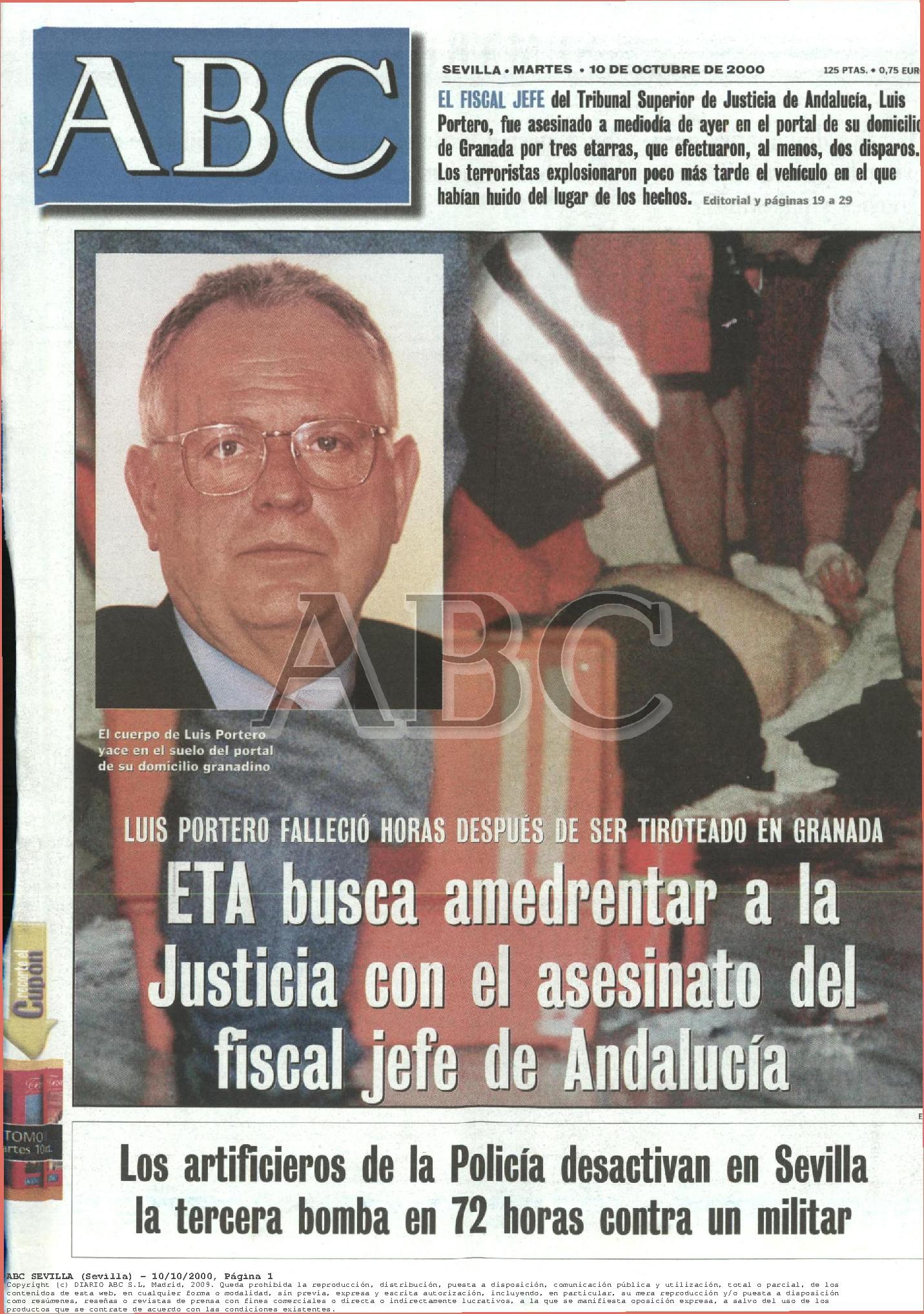 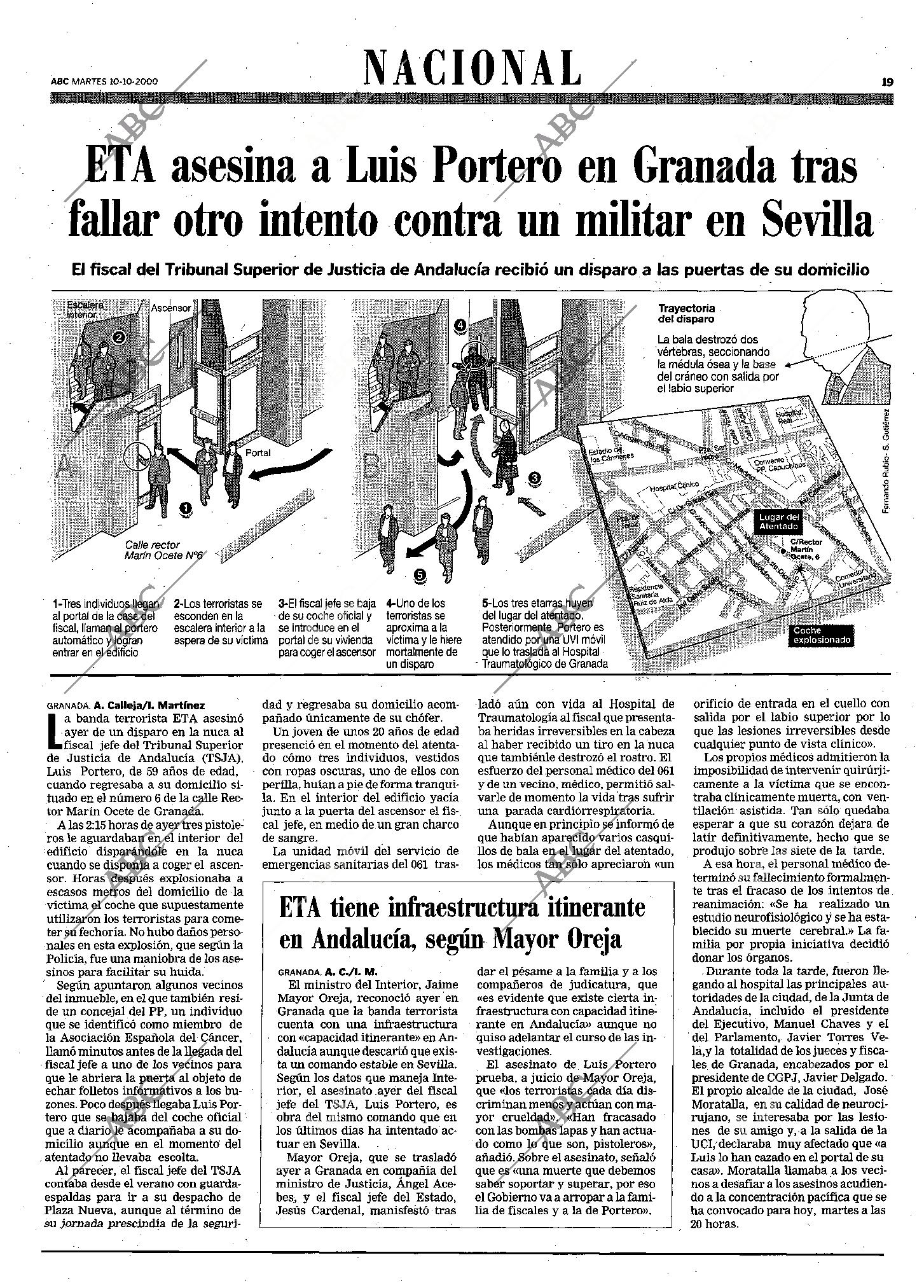 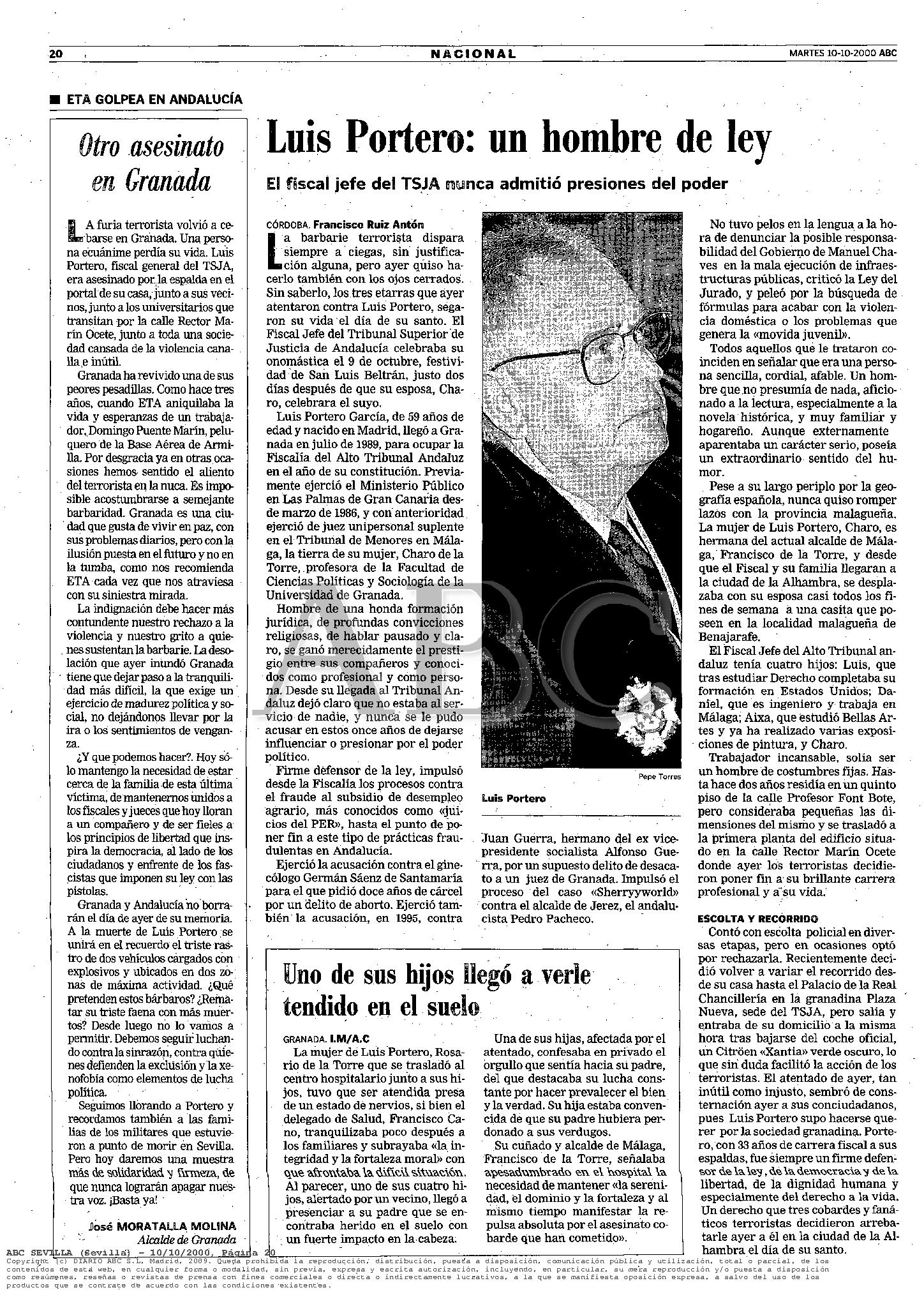 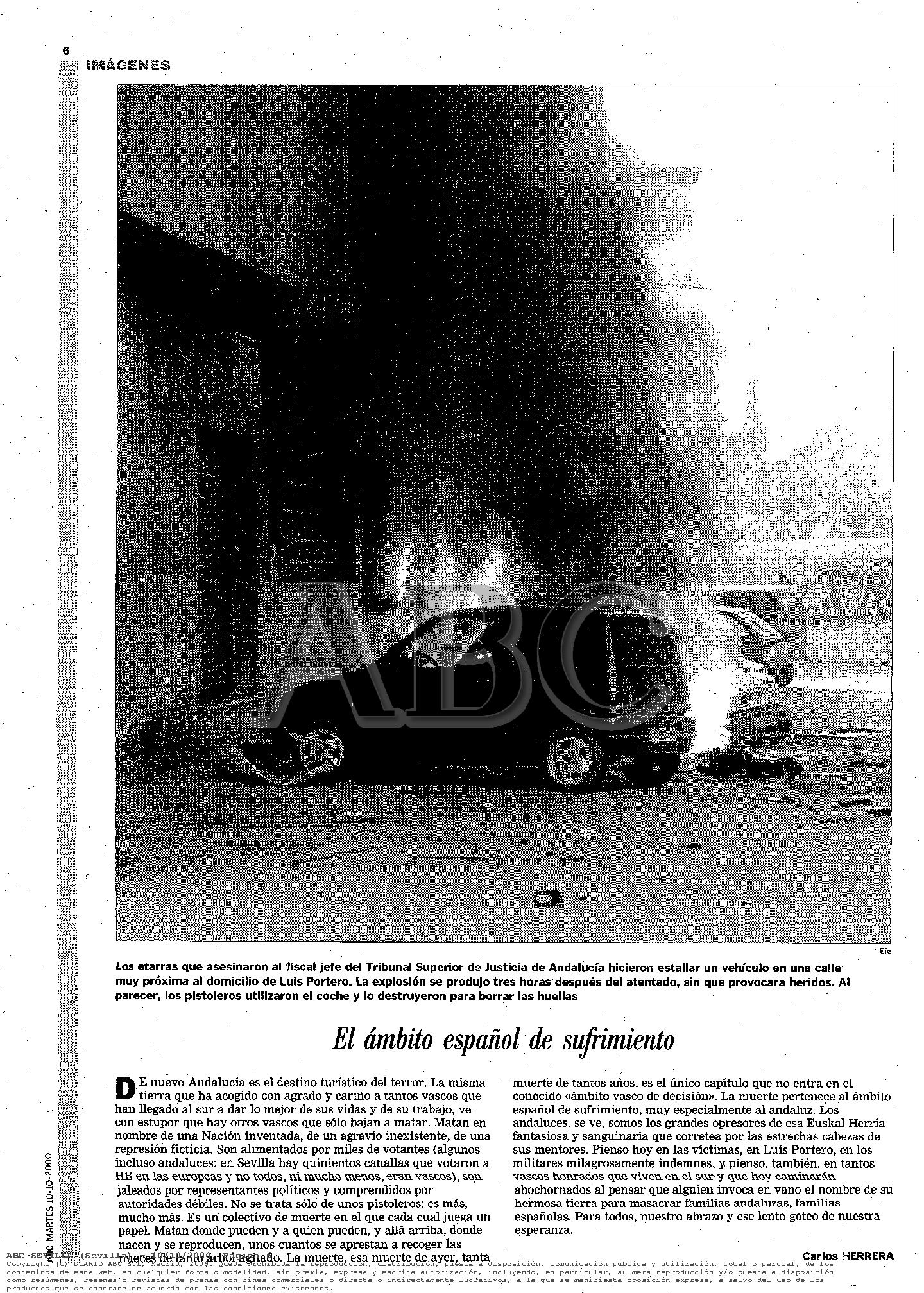 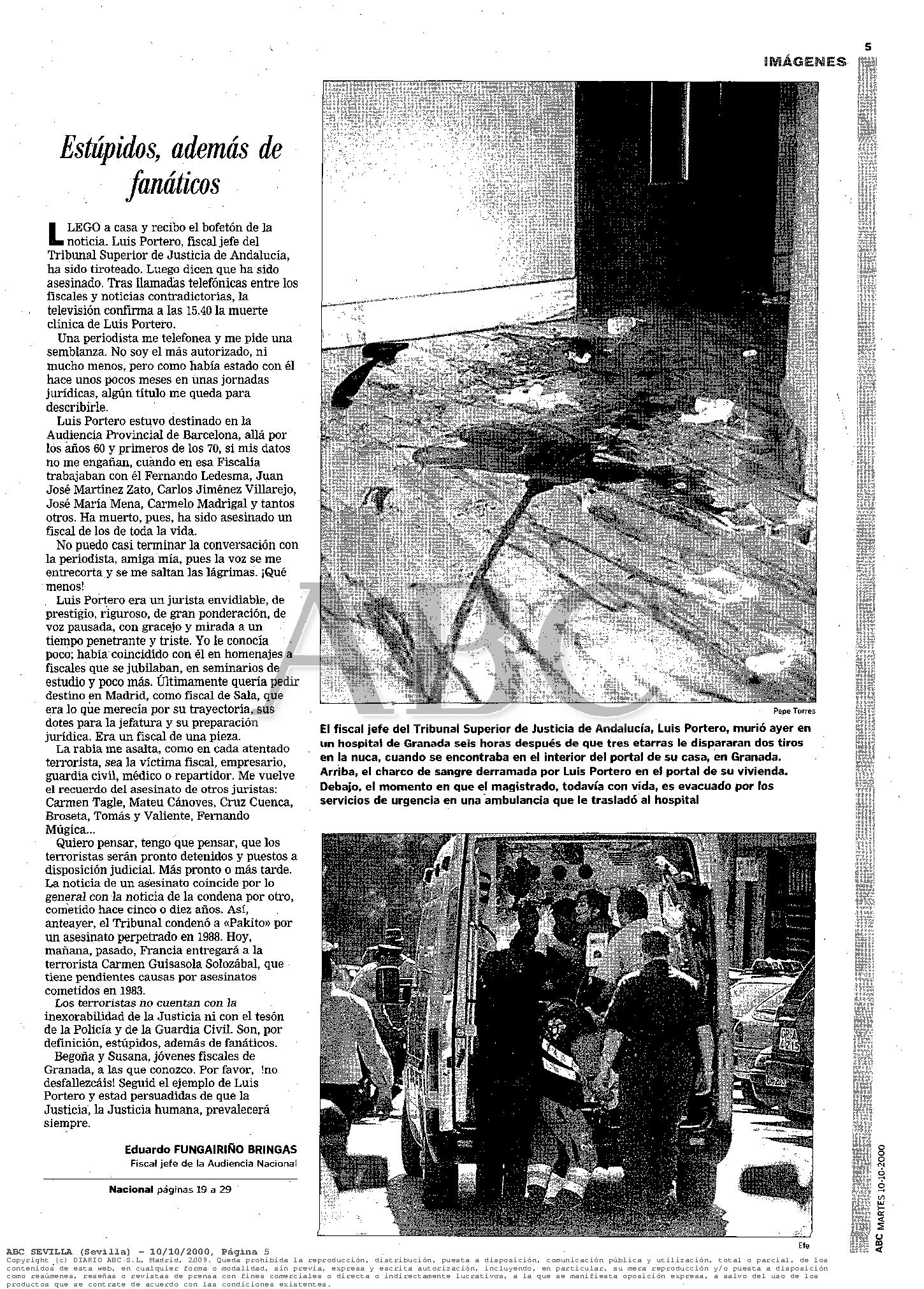 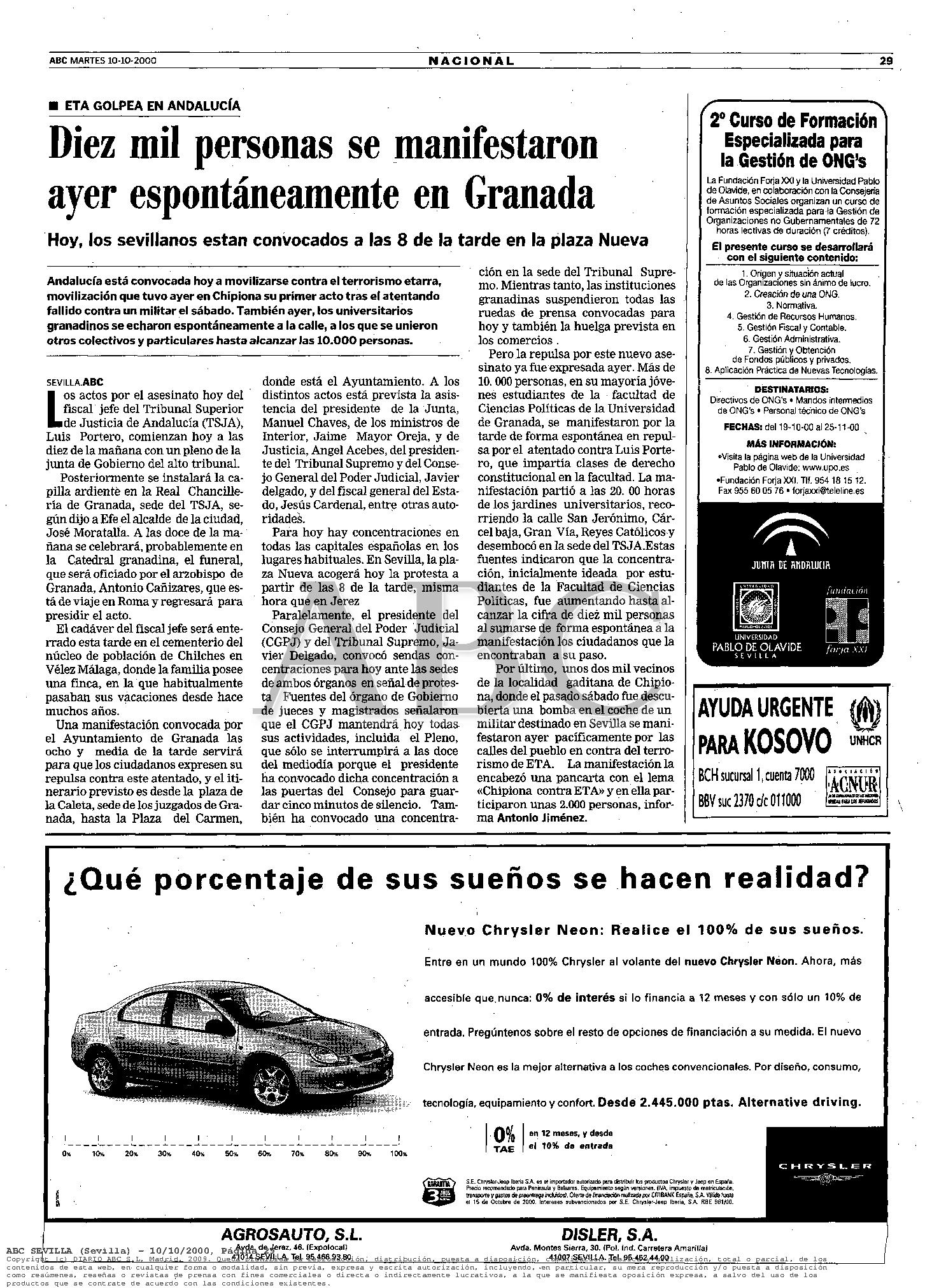