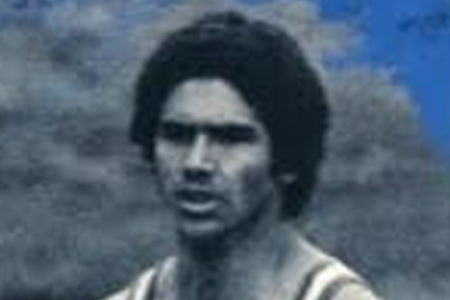 The attack took place when two minibuses from the Valladolid Reserve Company were on their way to the barracks of the state security forces in Basauri, where they were due to take over from their colleagues. When the convoy stopped at a traffic light, the terrorists detonated the car bomb, consisting of 20 kilos of Goma-2 and a further ten kilos of thick bolts, housed in a metallic grey Renault 9. The terrorists had also packed the bomb with nuts and 9-mm bullets to act as shrapnel.

Ten national police officers were seriously injured in the blast. Luis Lorenzo Navarro Izquierdo was taken to hospital but died shortly after admission, before he could undergo surgery. The street was filled with wounded policemen, burning cars and confusion. The police opened fire on one car, but it was never determined whether or not it was the vehicle in which terrorist were travelling. 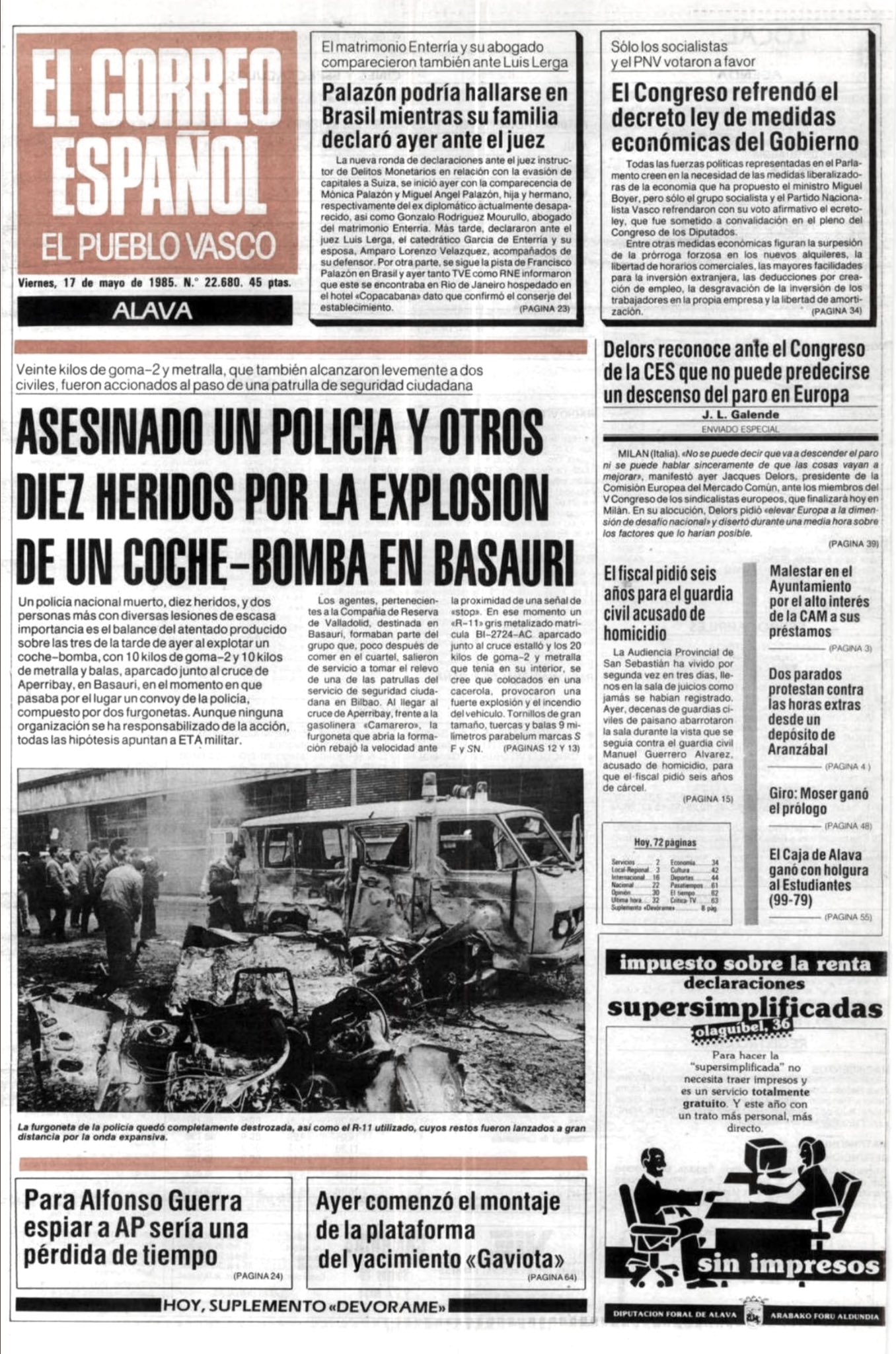 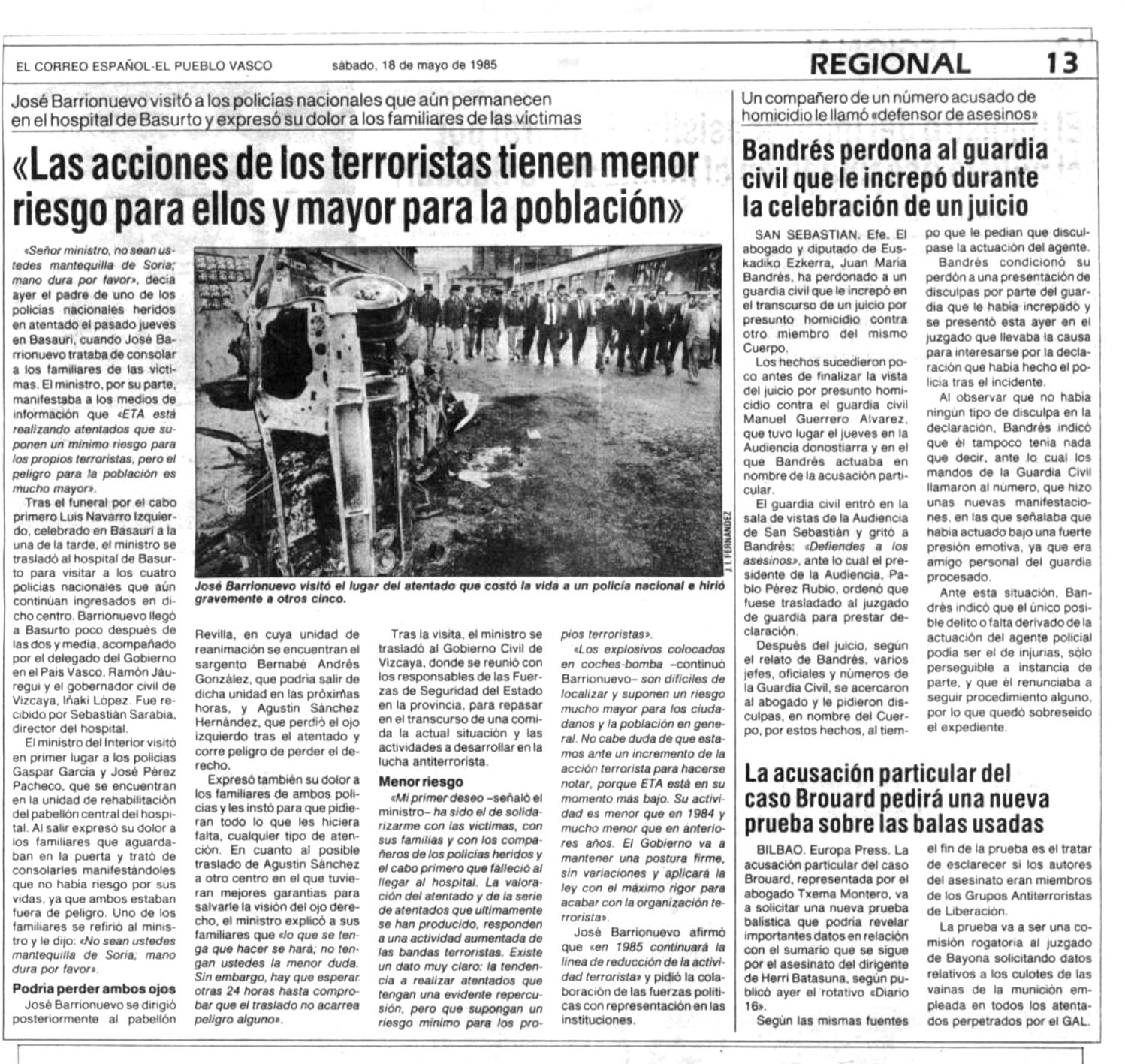 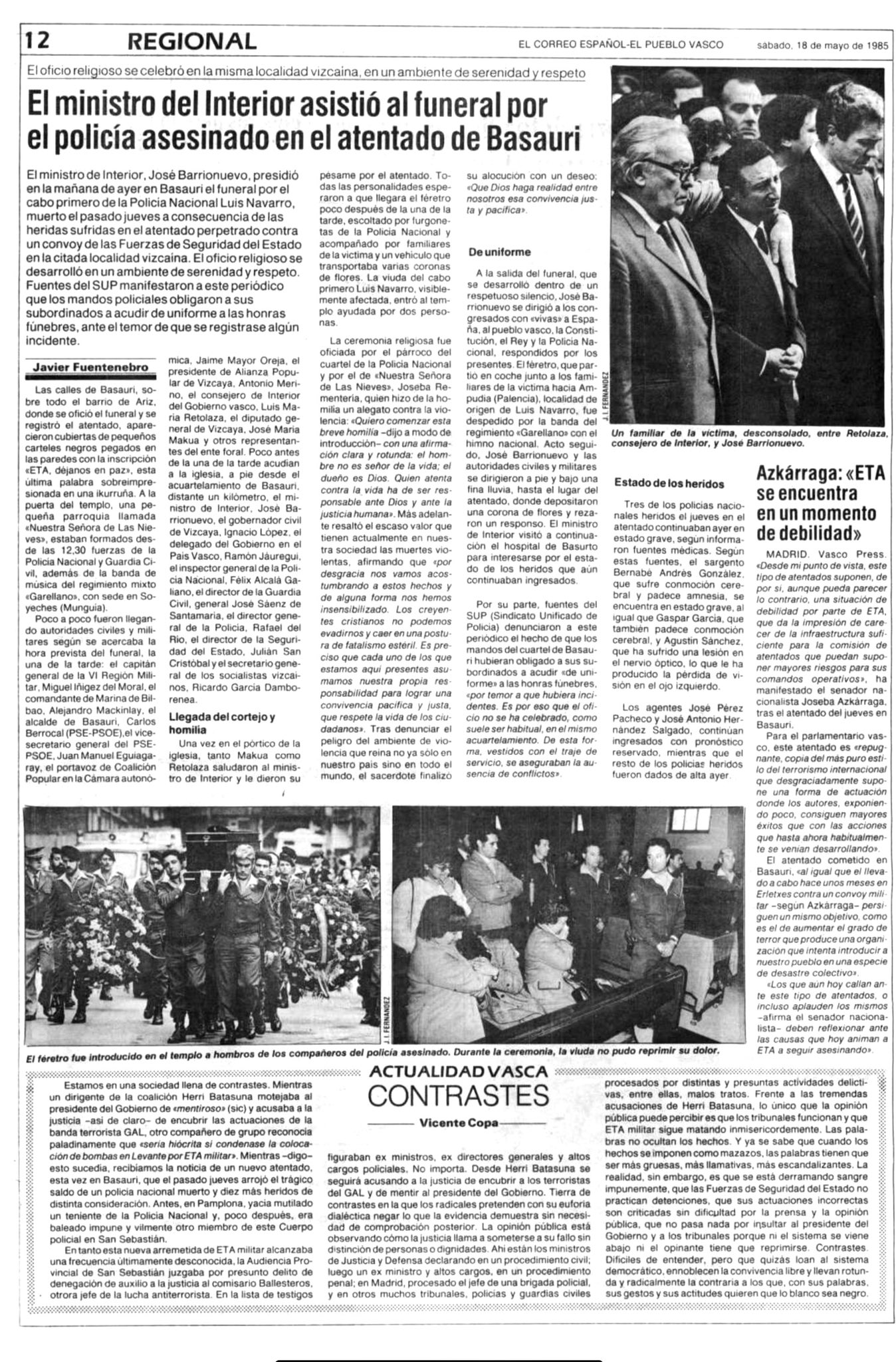 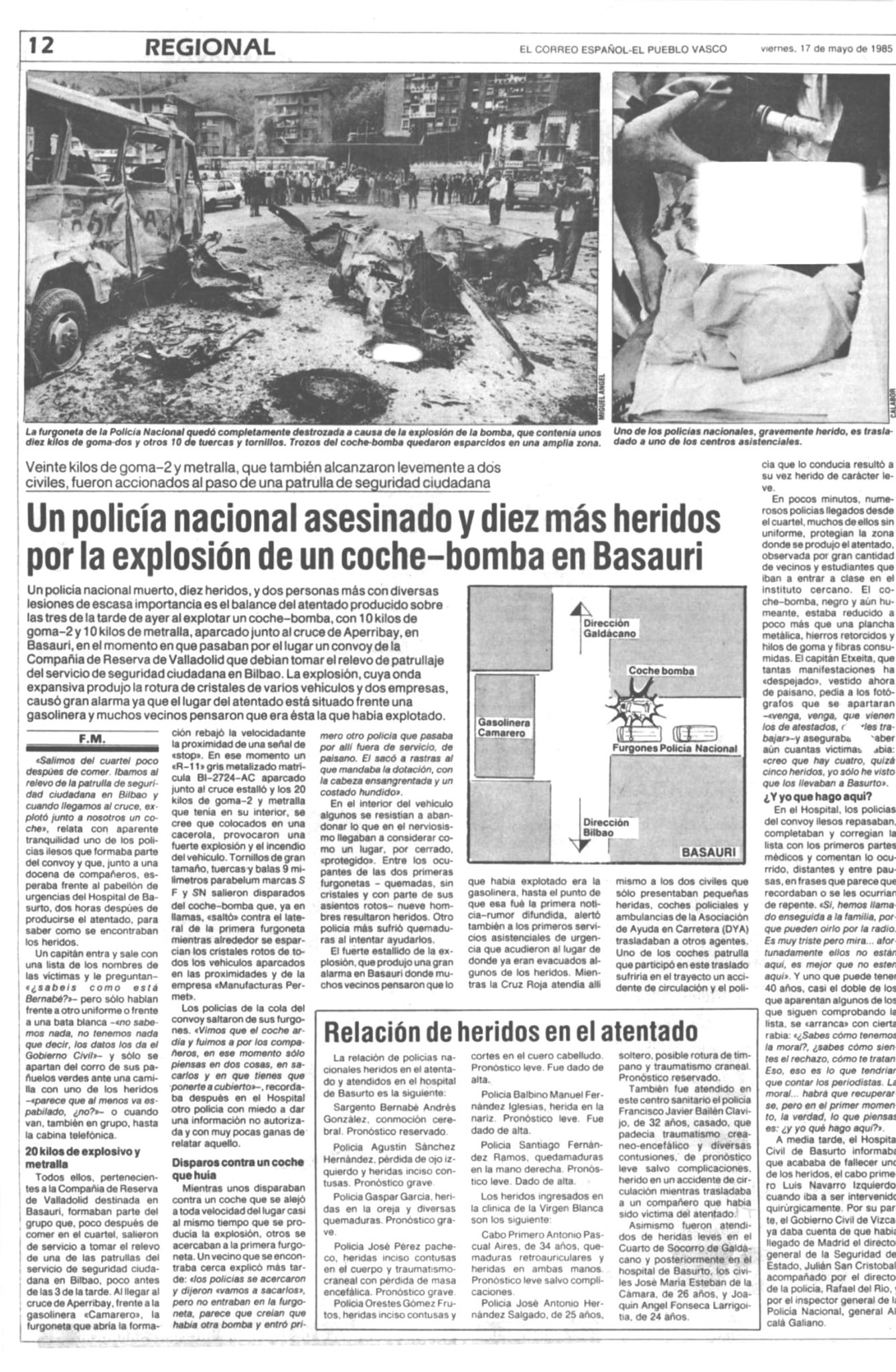