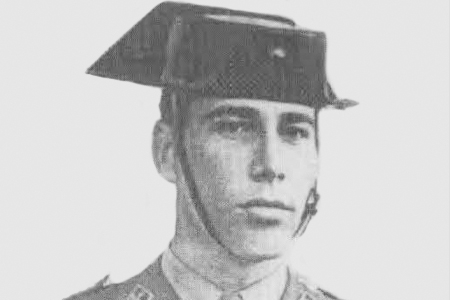 Civil guards Luis Martos García and José Torralba López were both working at the tax inspection post in Irún. Their job was to check trucks crossing the border. At about 8:15 pm on 16 April 1980, they were at the customs post in Irún, on the French border, when they were machine-gunned in the back by two ETA terrorists. Luis and José had their backs to the terrorists as they approached and did not see them coming. The assailants fired several bursts of machine gun fire at the hut, firing a total of 38 shots. The officers were attended to by customs officials and were taken to the military hospital in San Sebastián, but they were dead on arrival.

Most customs agents and civil servants in Irún went on strike for a day as a sign of mourning. 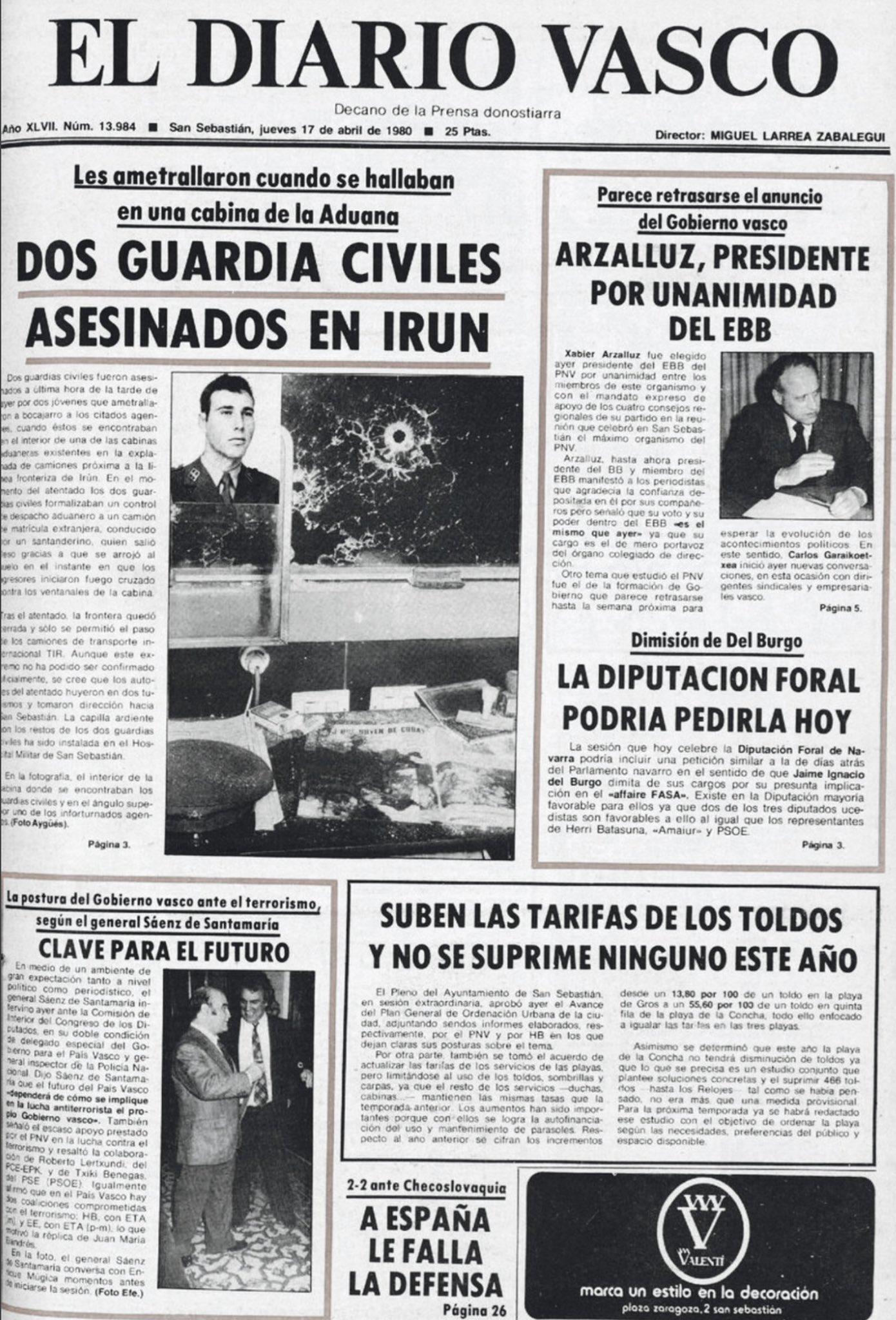 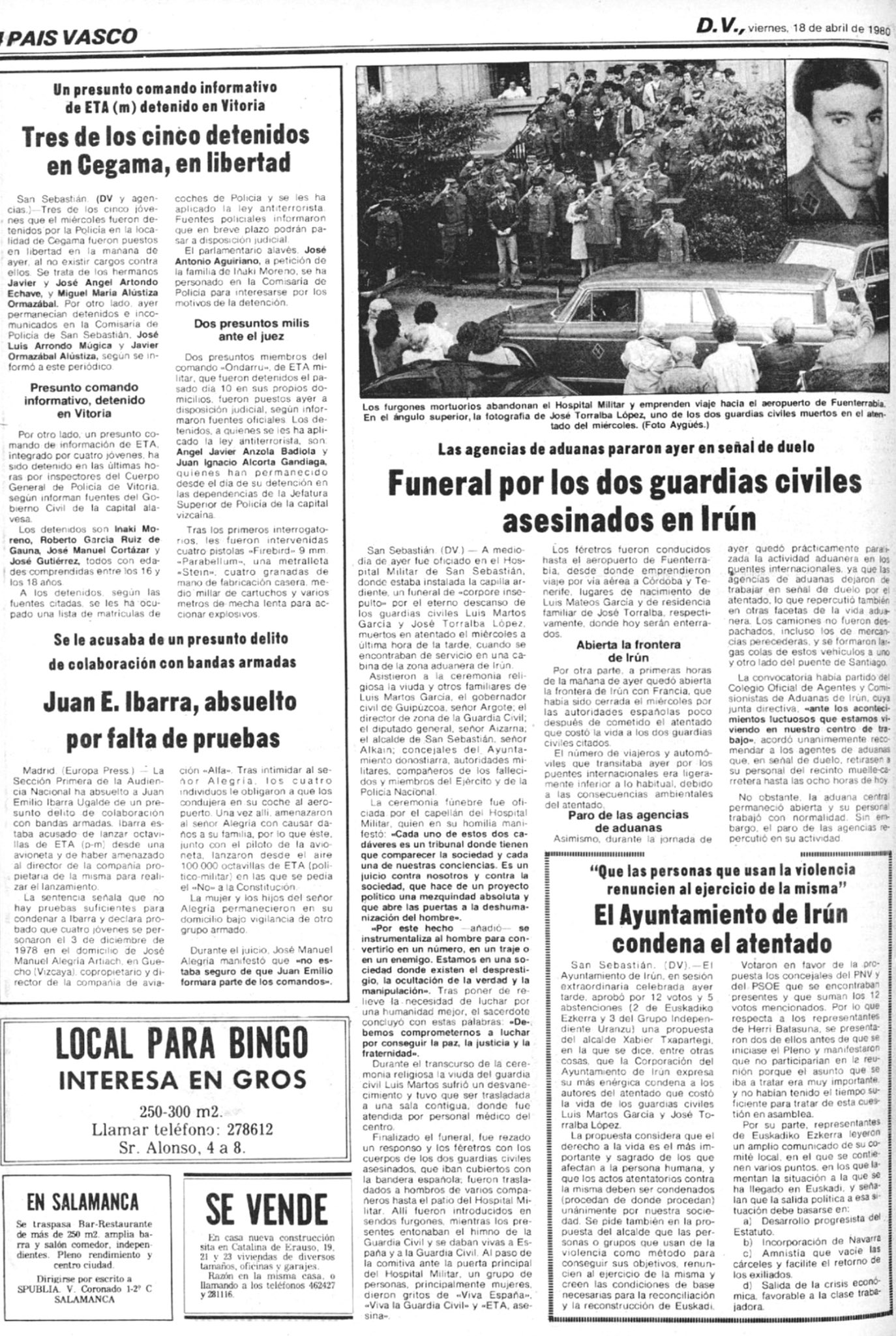 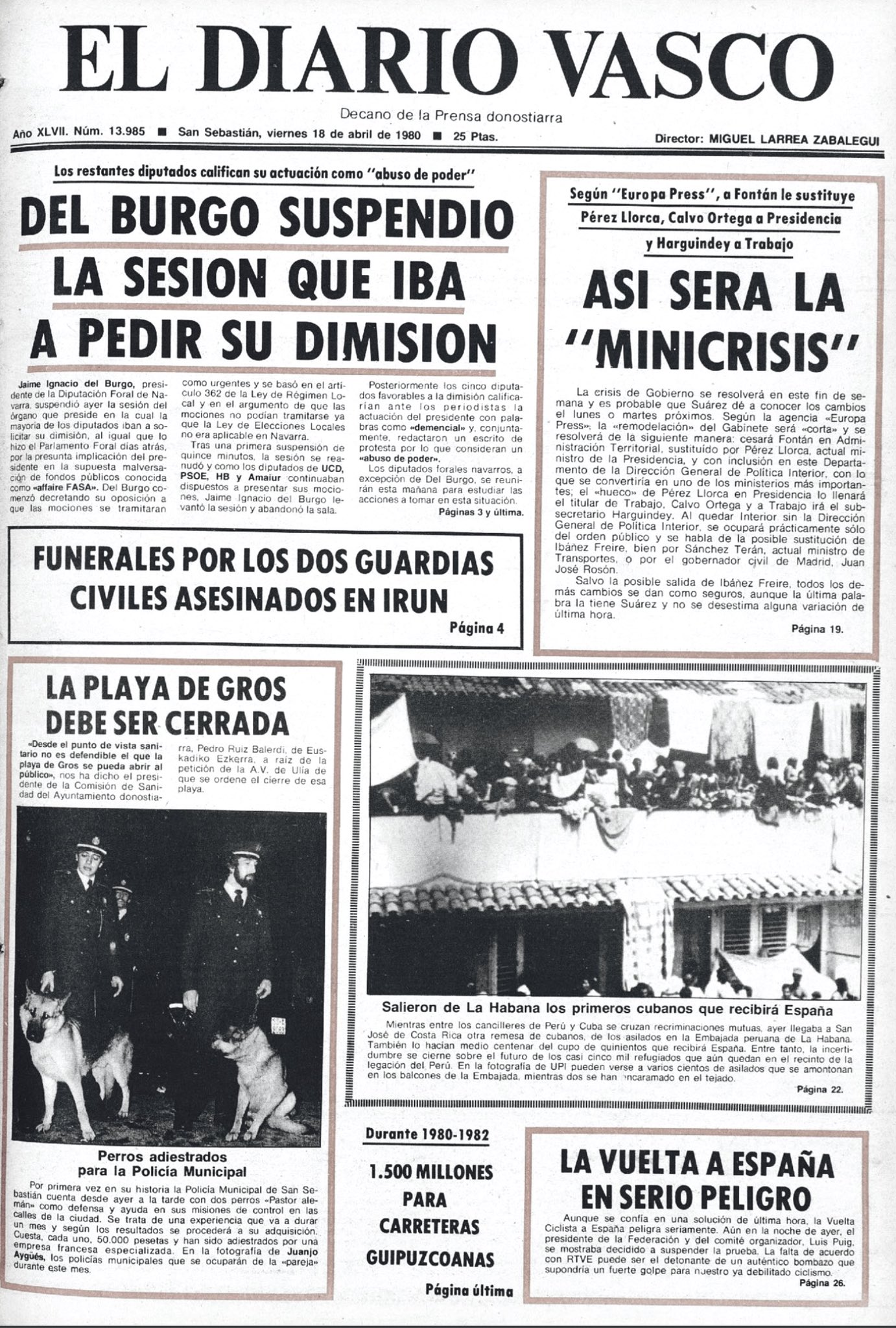 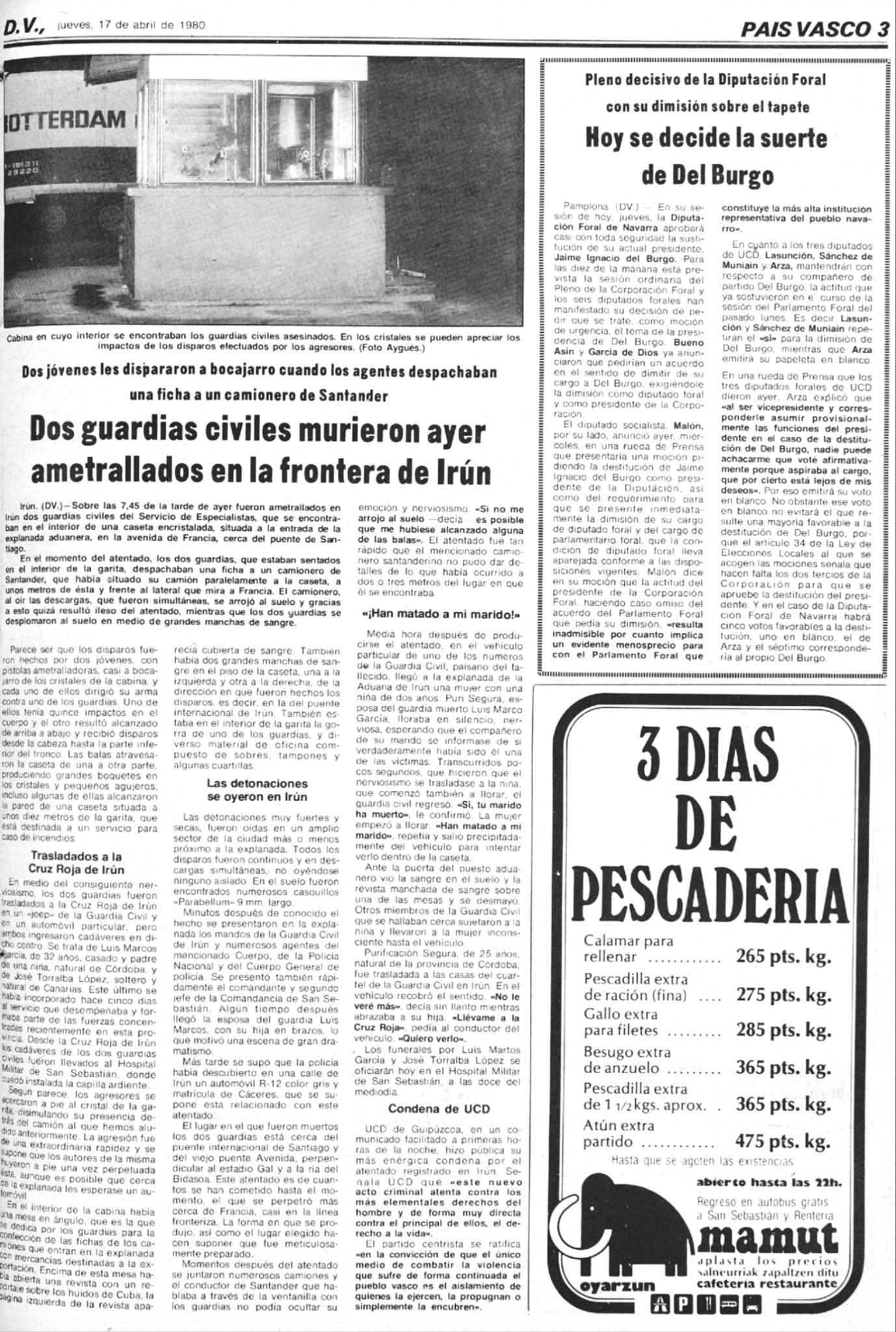