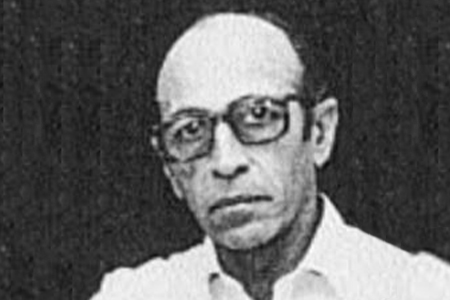 Dentist Luis Manuel Allende Porrúa was kidnapped on 1 June 1982 and released nine days later. During his captivity, he was held in a tent camouflaged with branches on a mountain near Bilbao. He later said that for nine days, all he had eaten was sliced bread, boiled ham and milk. Not once was he allowed to wash. His kidnappers forced him to wear opaque glasses, which they only occasionally allowed him to remove, warning him “if I tried to look them in the face they would have no choice but to execute me”.

On 6 December that year, Luis Manuel Allende had to undergo surgery for pancreatic cancer. He died on 20 February 1983. In its initial 1985 ruling passing sentence on the kidnappers (members of ETA’s politico-military ETA Eighth Assembly), the National High Court did not establish a link between Allende Porrúa ‘s illness and his kidnapping. However, in 1988 the Number 3 Court of First Instance in Bilbao found a relationship of cause and effect between the severe stress he endured during his captivity and the development of cancer that led to his death eight months later.

Luis Manuel Allende had been the vice-president of the Official College of Odontostomatology between 1971 and 1975 and had held the chair of Prosthesis at the University School of Stomatology of the University of the Basque Country since 1979. 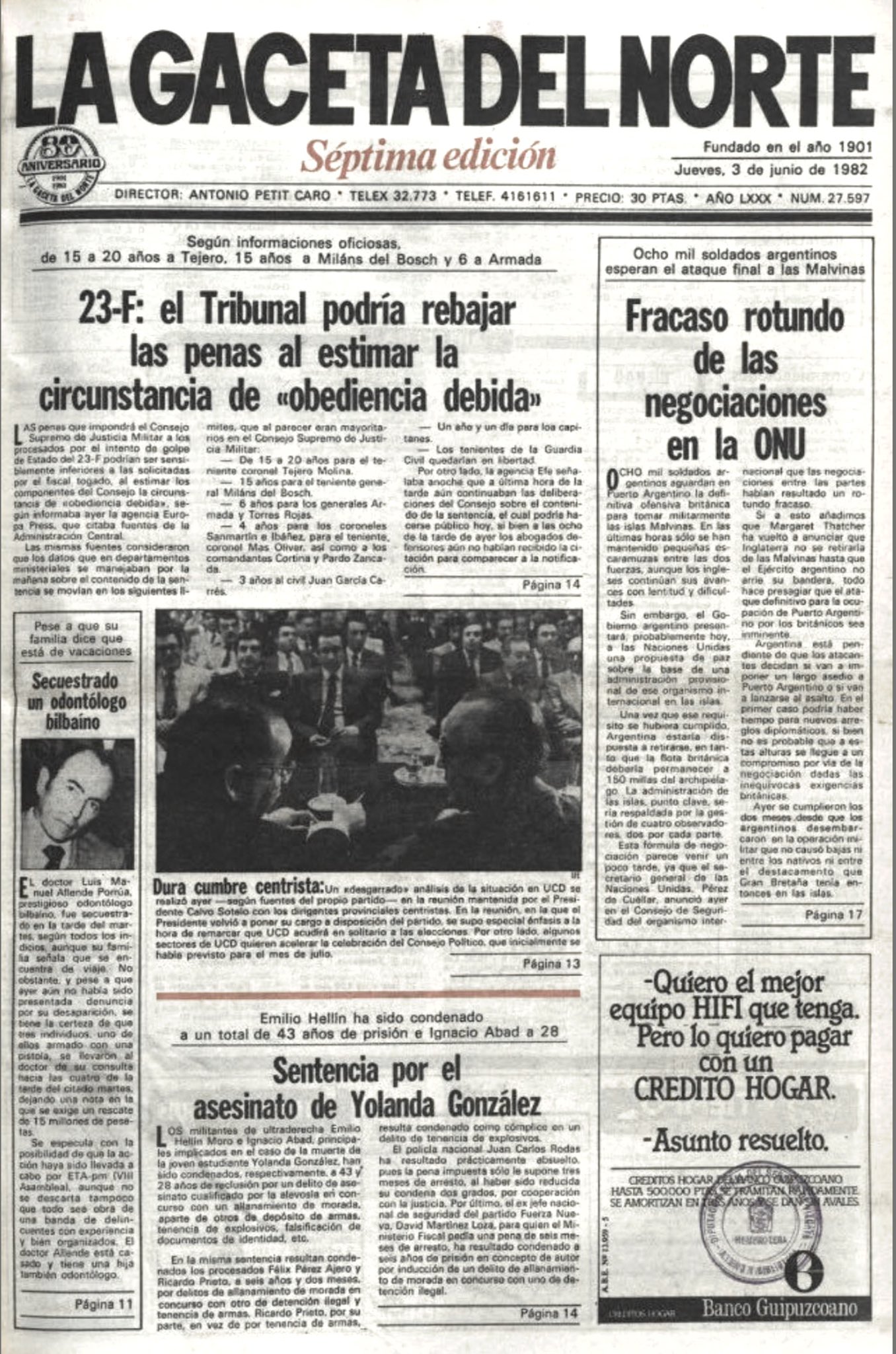 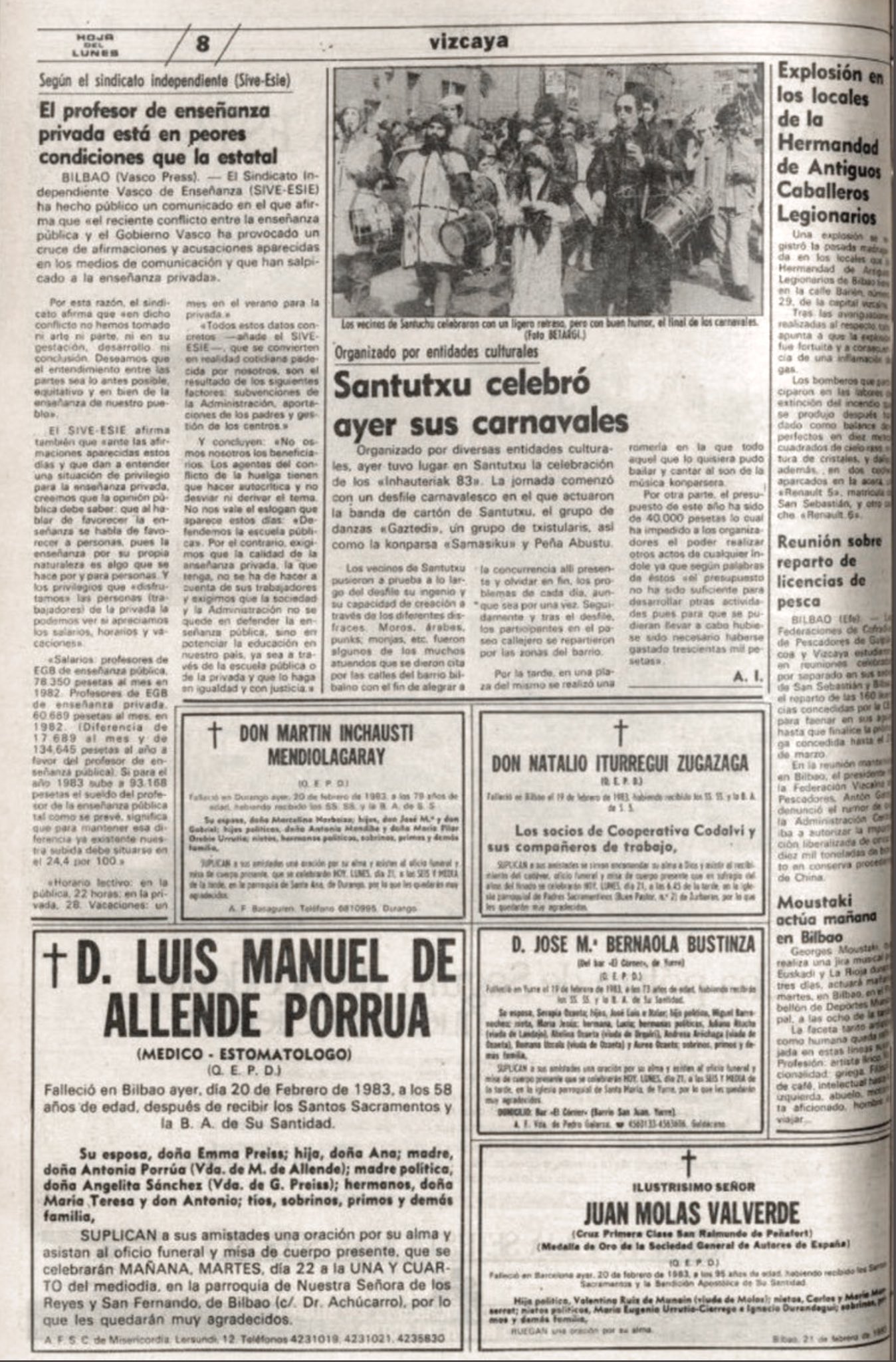 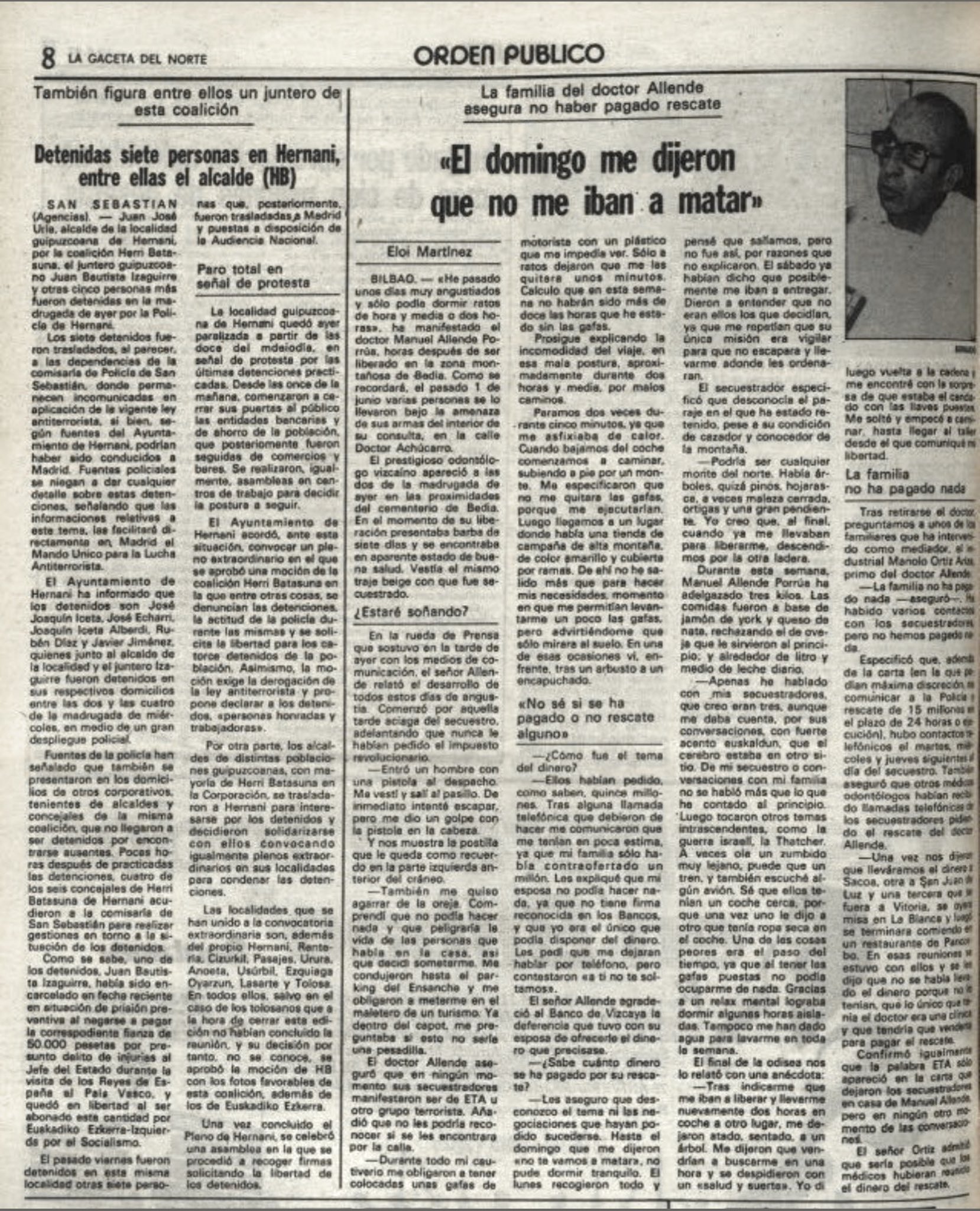 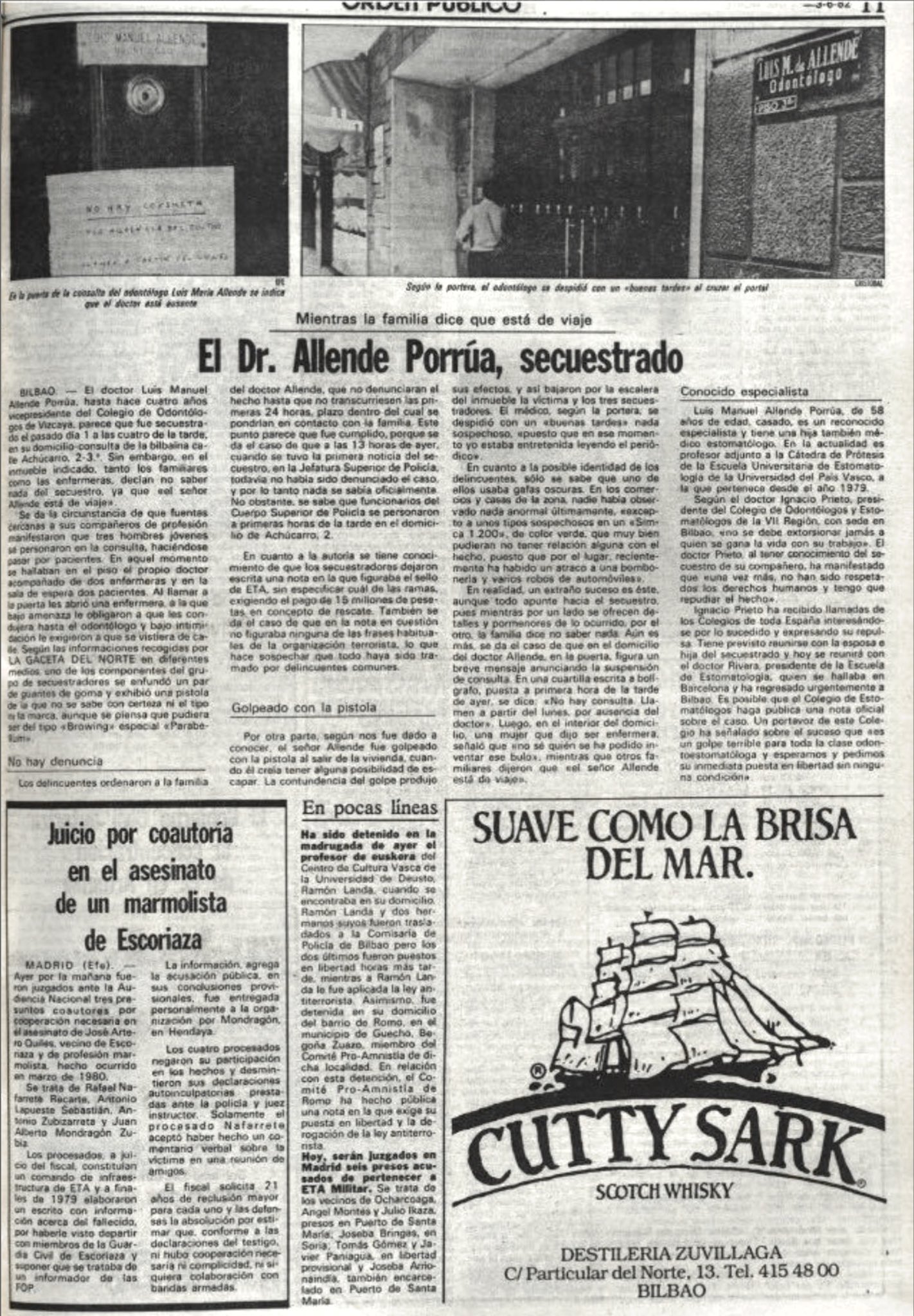