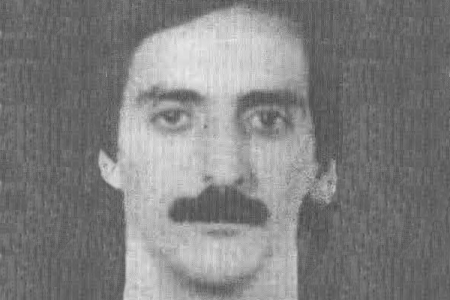 To attract the attention of the security forces, several terrorists had previously placed a small explosive device near a Peugeot dealership in the Zorroza district of Bilbao. When the first bomb exploded, several officers went to the scene and inspected the surrounding area. There they found a stolen taxi. The second device, hidden in a jerry can in the boot of the vehicle, contained twenty kilos of ammonia, forty kilos of shrapnel and a pentrite multiplier. It went off, killing all three policemen. The attack had been carefully prepared by the terrorist organisation to make it difficult to defuse the car bomb and to ensure that there would be fatalities. 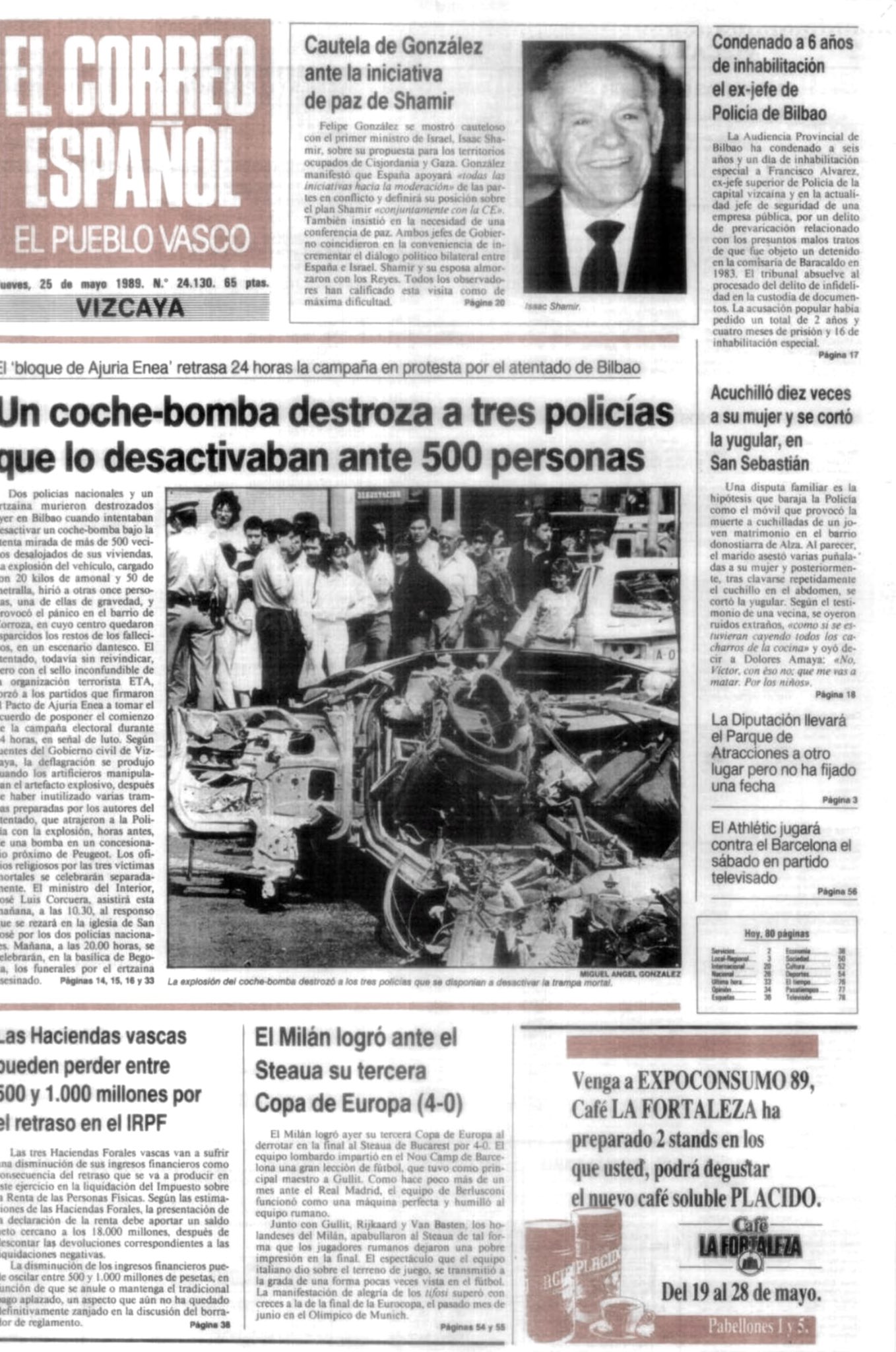 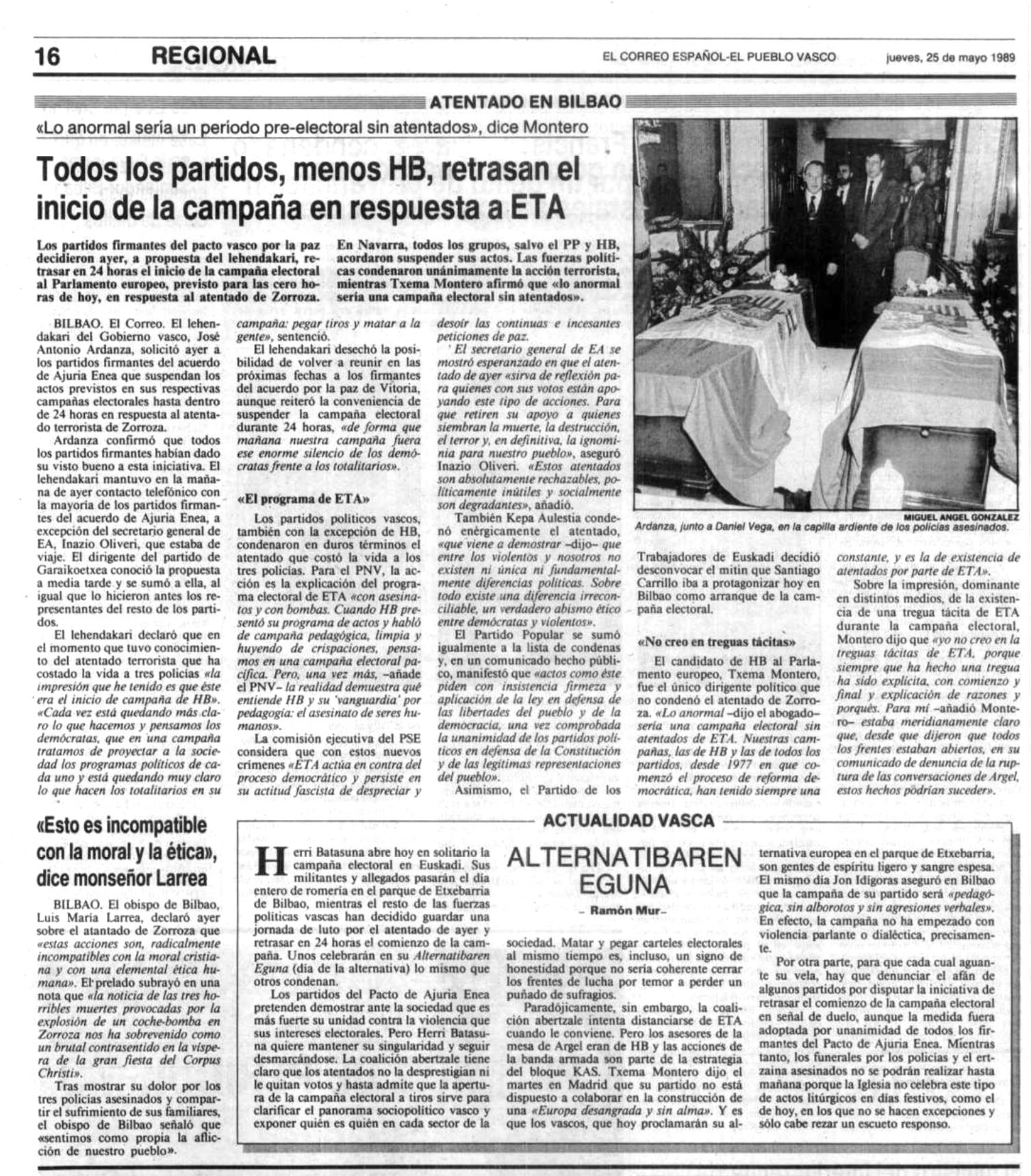 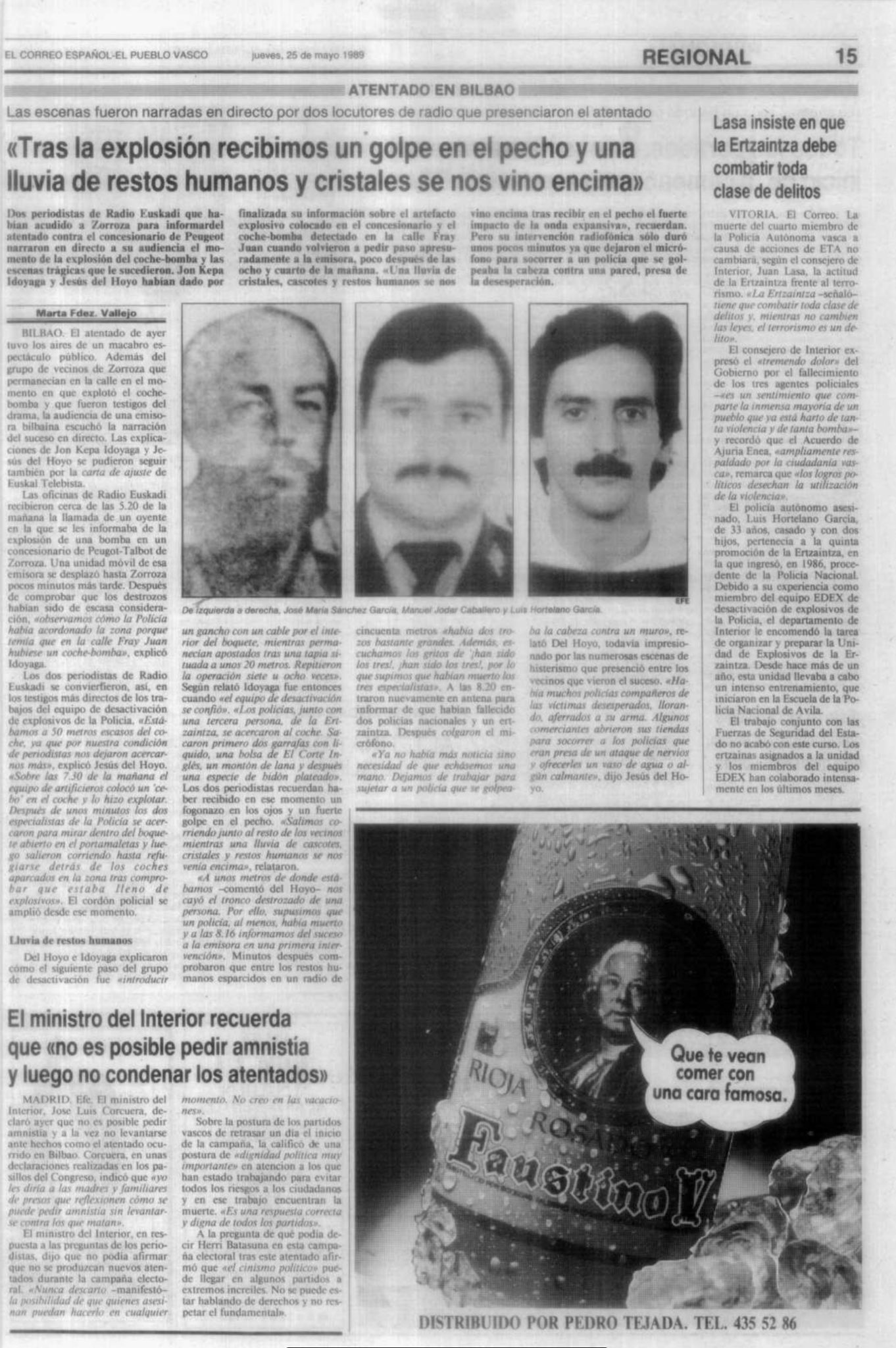 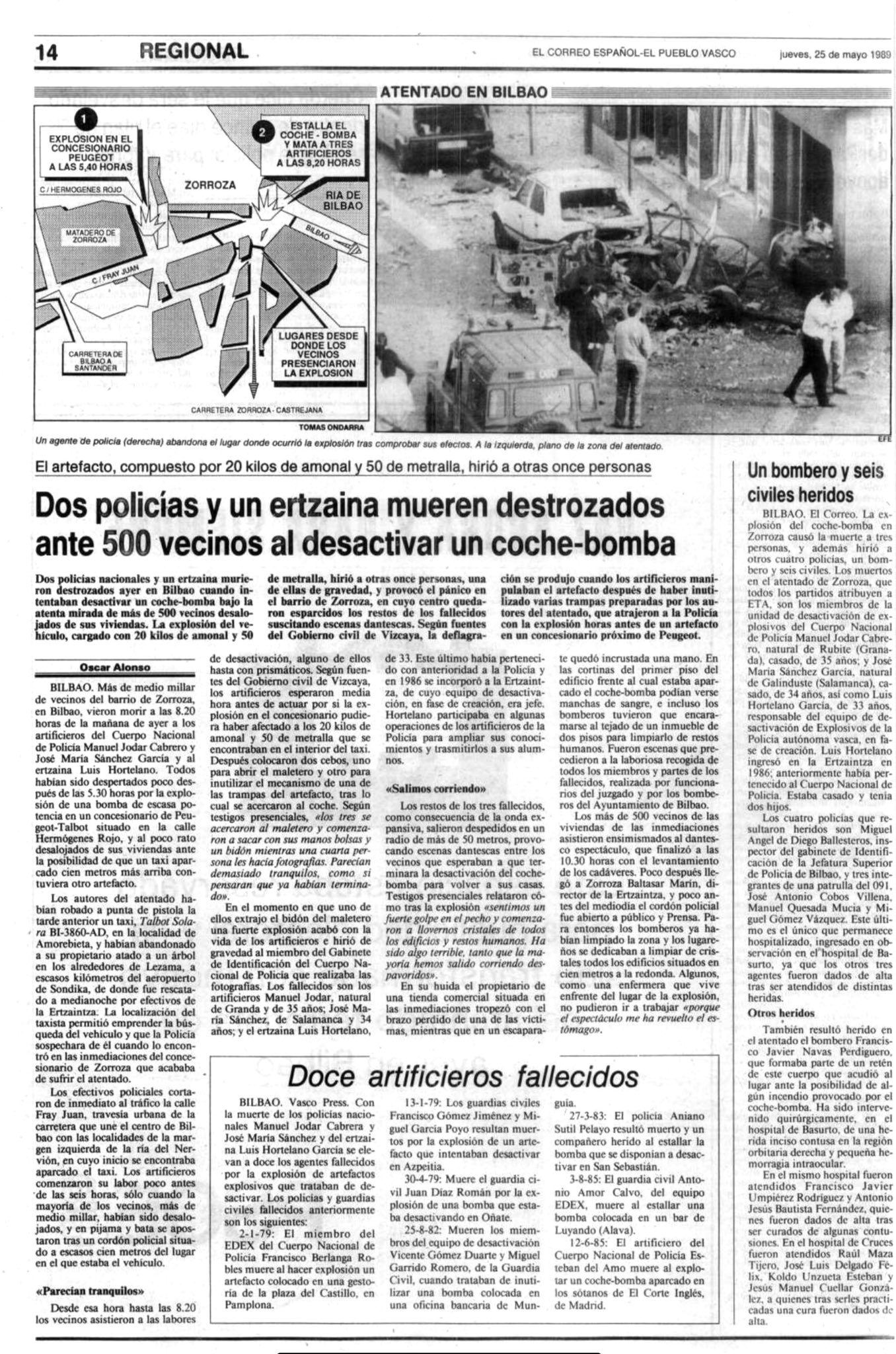