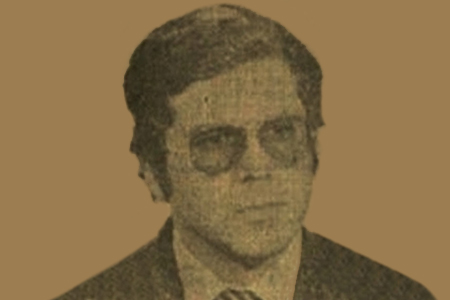 At midday on 3 October, 1976, Juan María Araluce Villar was heading back to his home on Avenida de la Libertad in San Sebastián to have lunch. He was accompanied by his driver José María Elícegui Díaz and three policemen who were part of his security detail, among them Luis Francisco Sanz Flores. The massacre began when Araluce opened the door of the car. A number of terrorists, who had been waiting for him in the bus shelter, started shooting, firing about a hundred rounds in all. 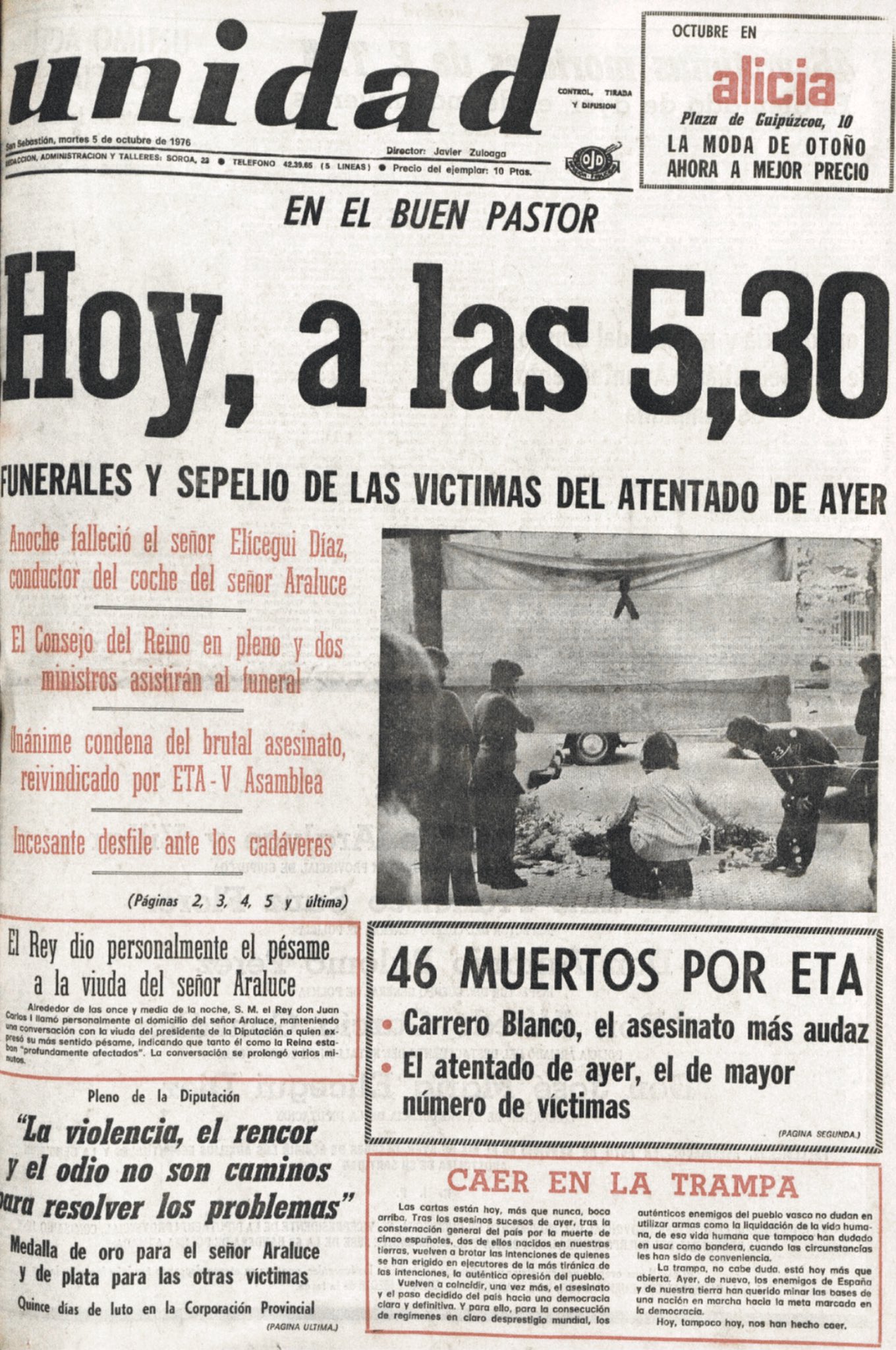 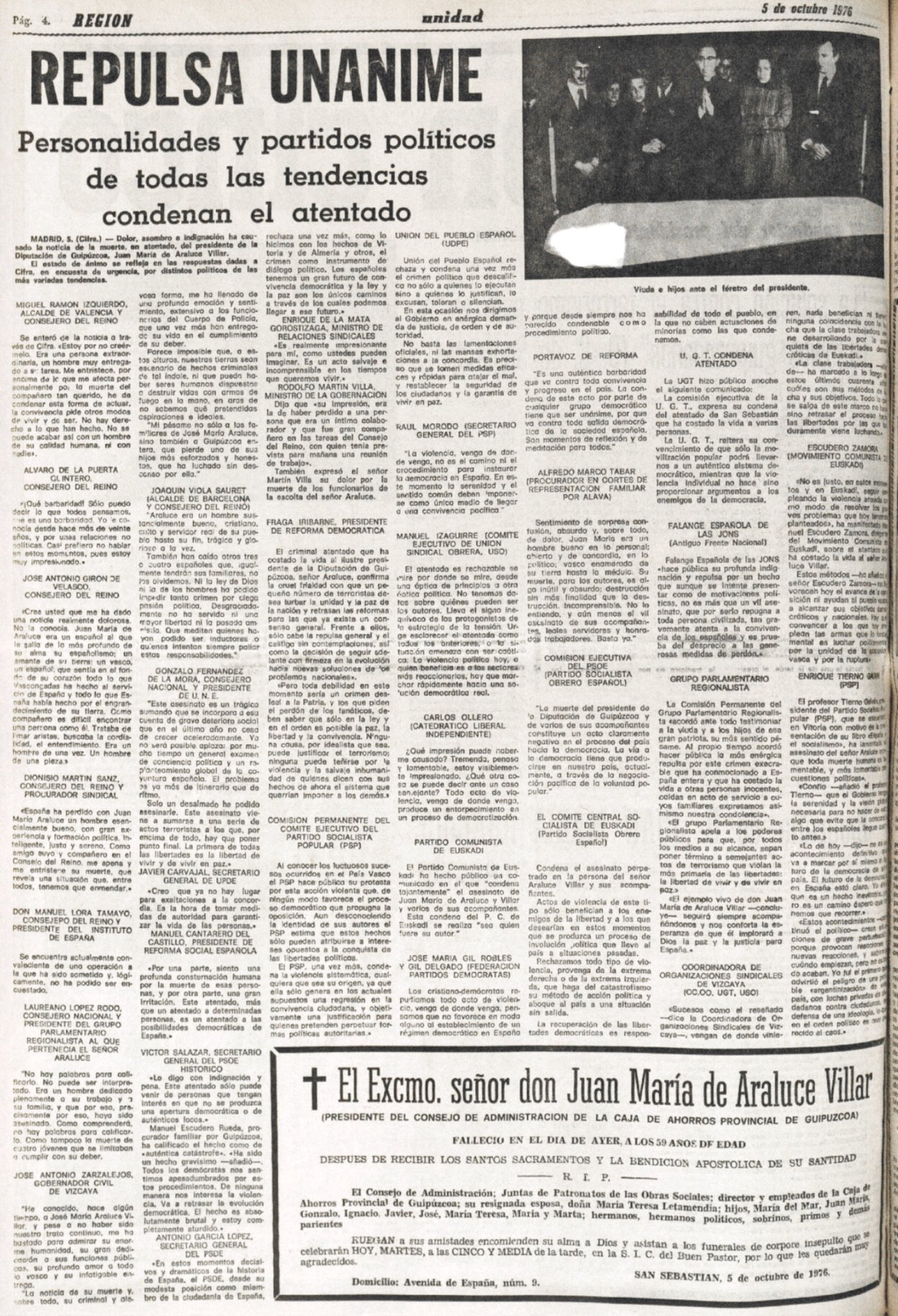 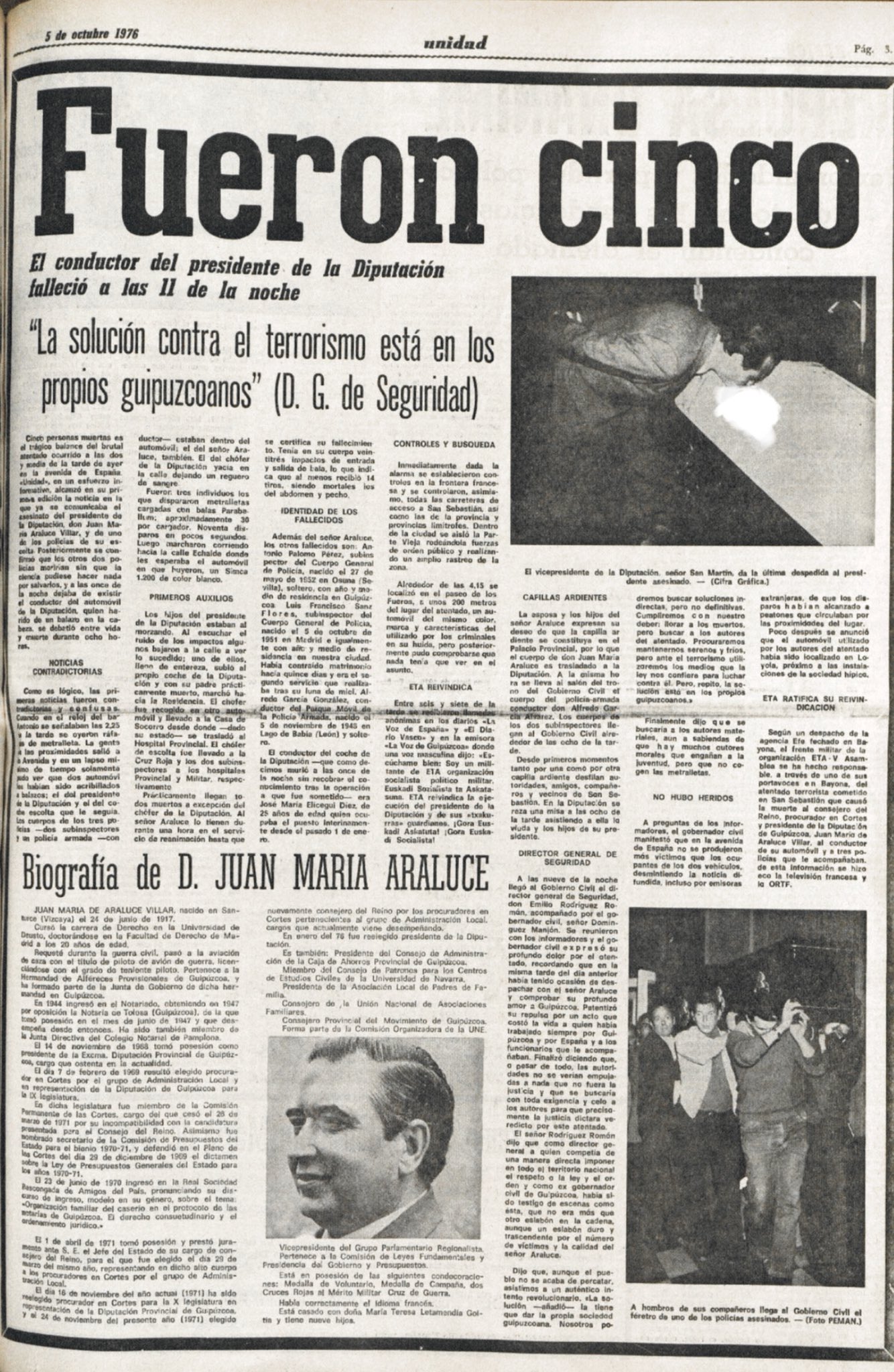 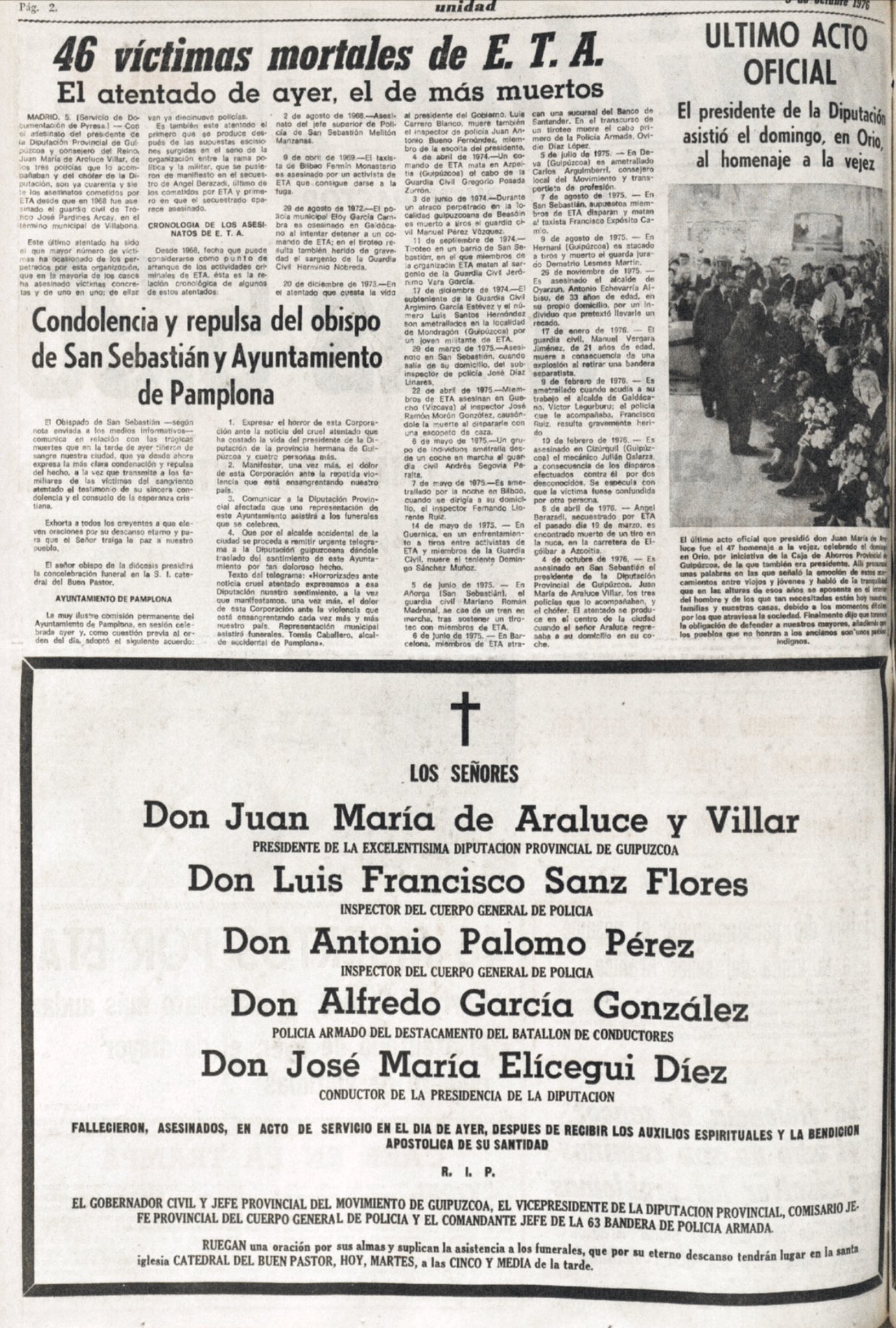