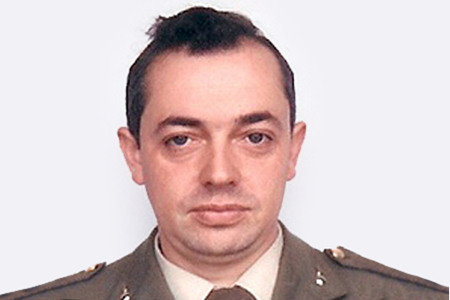 In the early hours of 22 September 2008, a call was made to the residence of the Military Trust in Santoña (Cantabria) warning that a bomb had been planted in the complex. Shortly after 1 am, when Army Warrant Officer Luis Conde de la Cruz was completing evacuation of the building with a colleague, a car bomb parked near the main door exploded. The blast killed the officer almost instantly and injured a captain and a passer-by.

Luis Conde de la Cruz was spending a few days off with his wife in the Virgen del Puerto military residence in Santoña. He had joined the army twenty-seven years before, had been decorated twice and was stationed in the Artillery Academy in Segovia. His only son, Iván, was 24 years old at the time and was studying in the same centre in which Luis Conde worked. 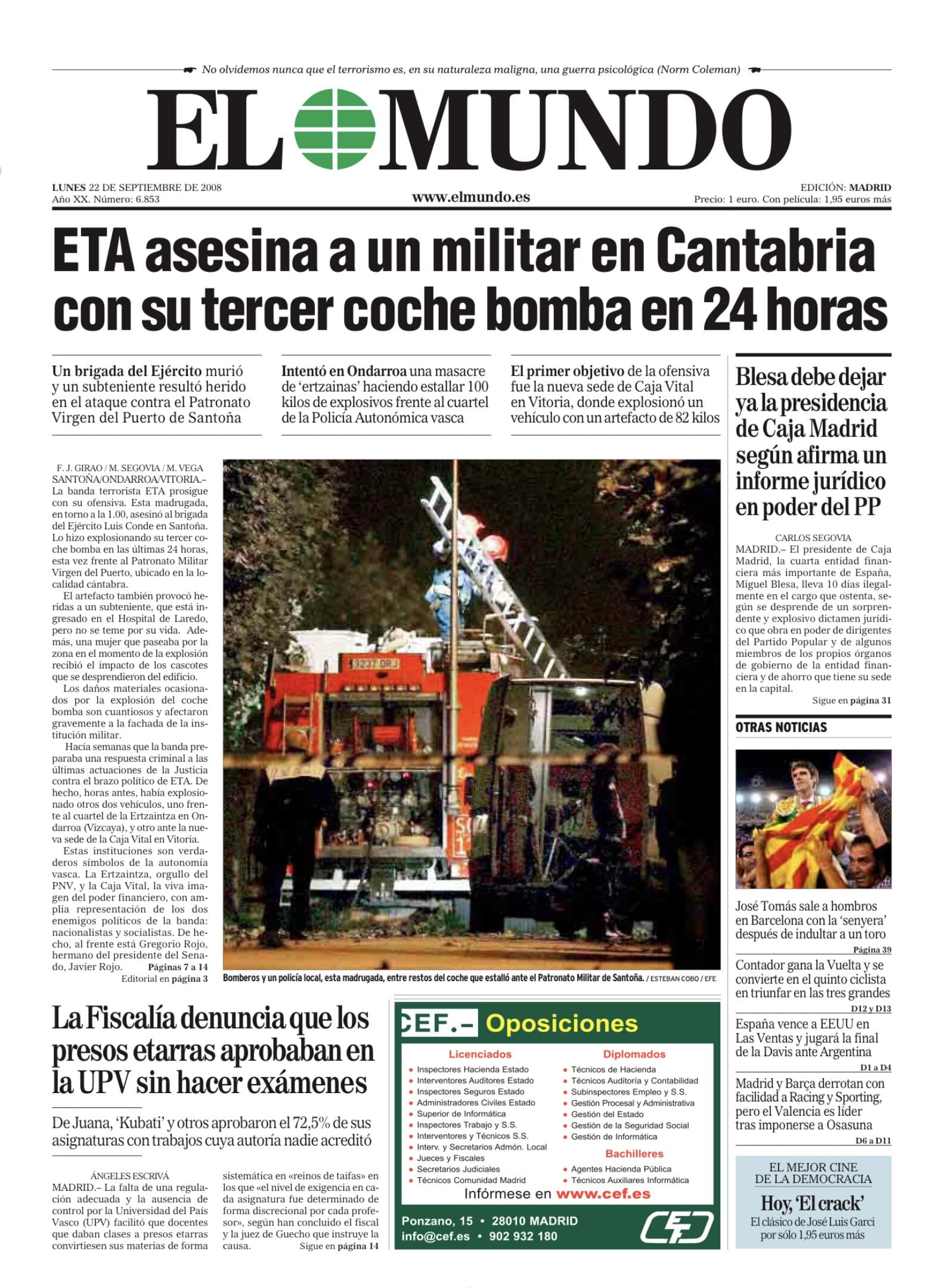 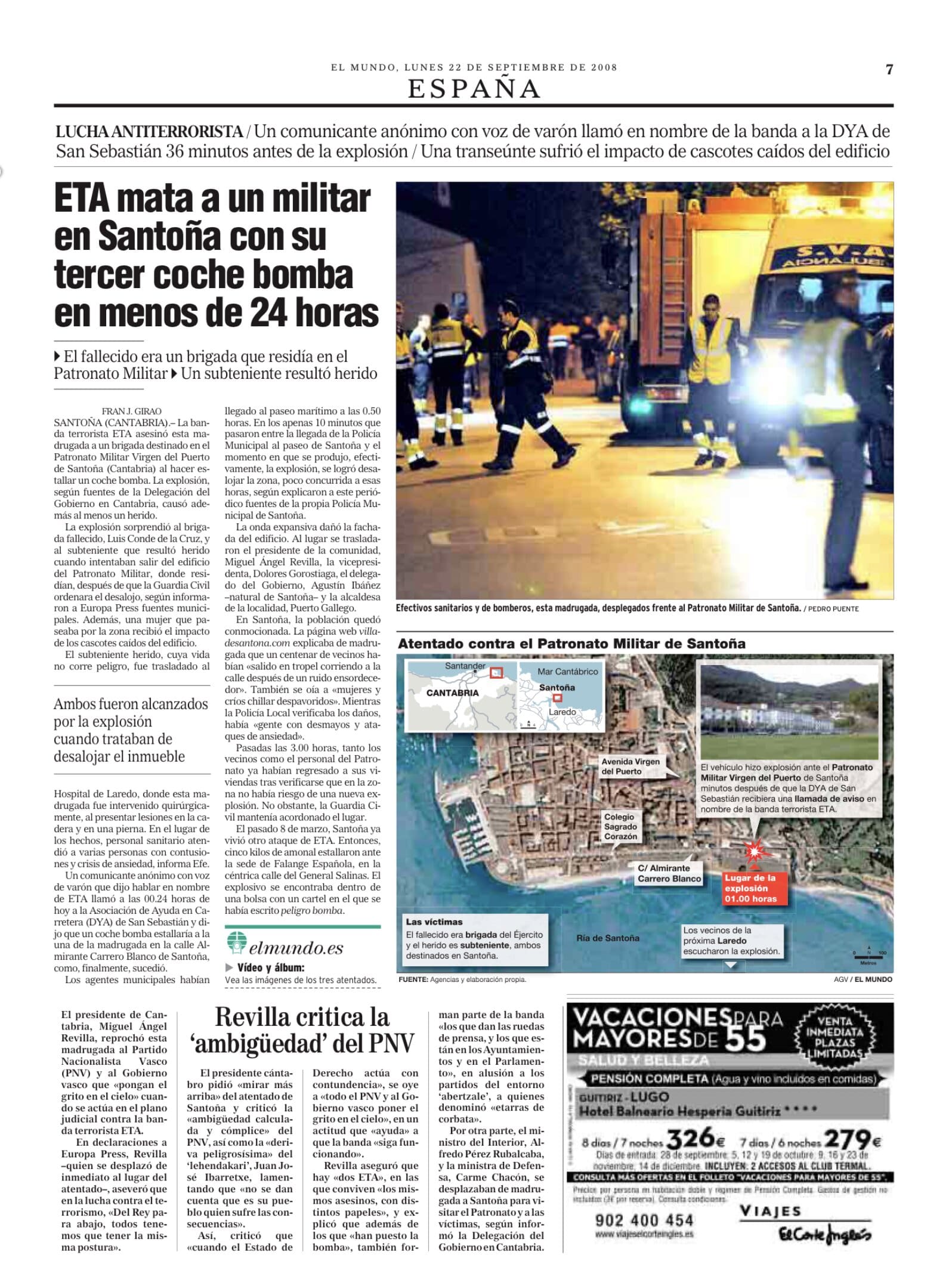 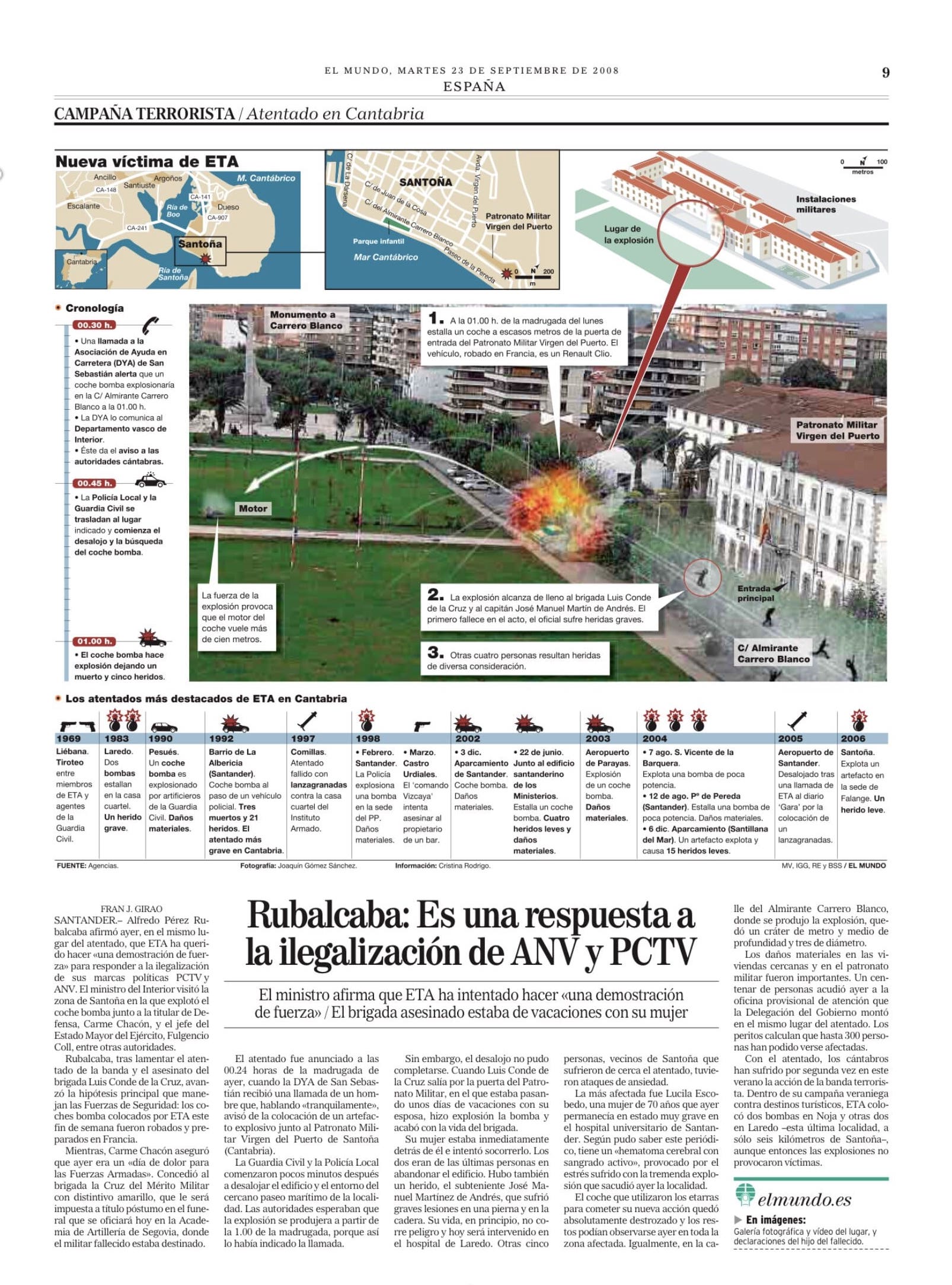 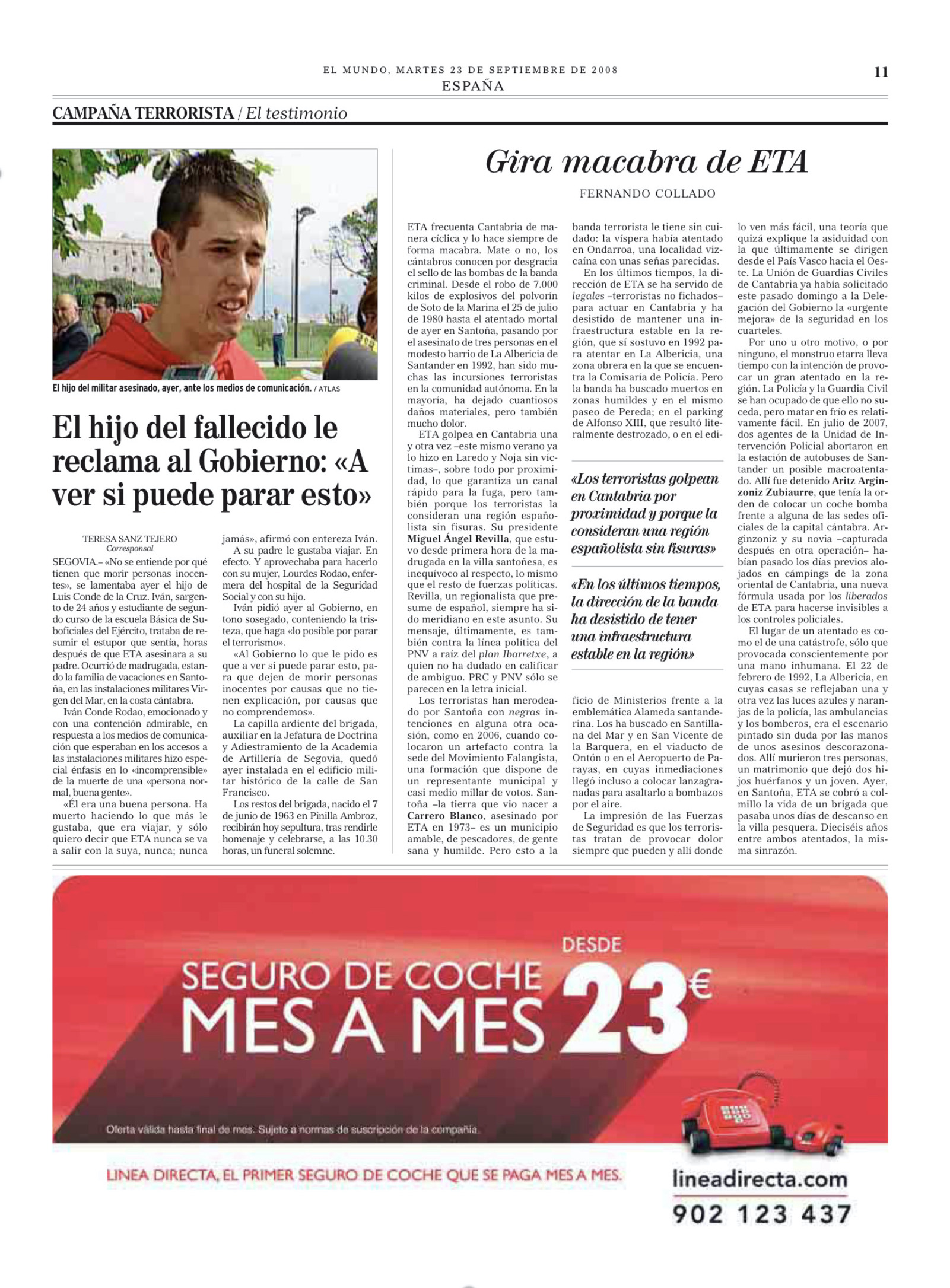