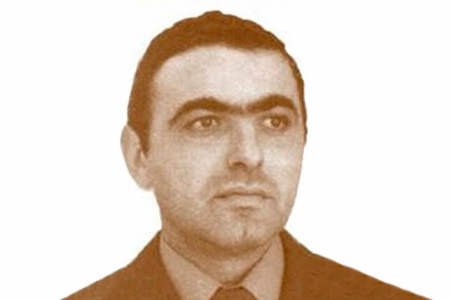 After carrying out guard duty at the football pitch in Gobelas, as they did whenever there was an official match, Sergeant Luciano Mata Corral and three civil guards, Andrés Silverio Martín, Carlos Troncoso and Luis Carlos Gancedo Ron, were walking back, in two pairs, to the barracks in Las Arenas, Guecho

They had barely walked a few metres when four terrorists who had been waiting for them behind the wall separating the Telefónica building from Calle Máximo Aguirre opened fire with machine guns and hunting shotguns loaded with shot. The two civil guards on the right-hand side of the street, Luciano Mata and Luis Carlos Gancedo, took the full force of the attack. Mata was killed instantly and Gancedo died shortly afterwards. Almost immediately, the other two civil guards were machine-gunned down. Andrés Silverio died four days later. The four terrorists left the scene of the crime with the help of two other people, who were waiting for them with two stolen vehicles.

Around three hundred members of the Basque Communist Party turned out for a demonstration in the Romo district, where the attack took place, to protest against the attack and the general climate of violence in the Basque Country at the time. 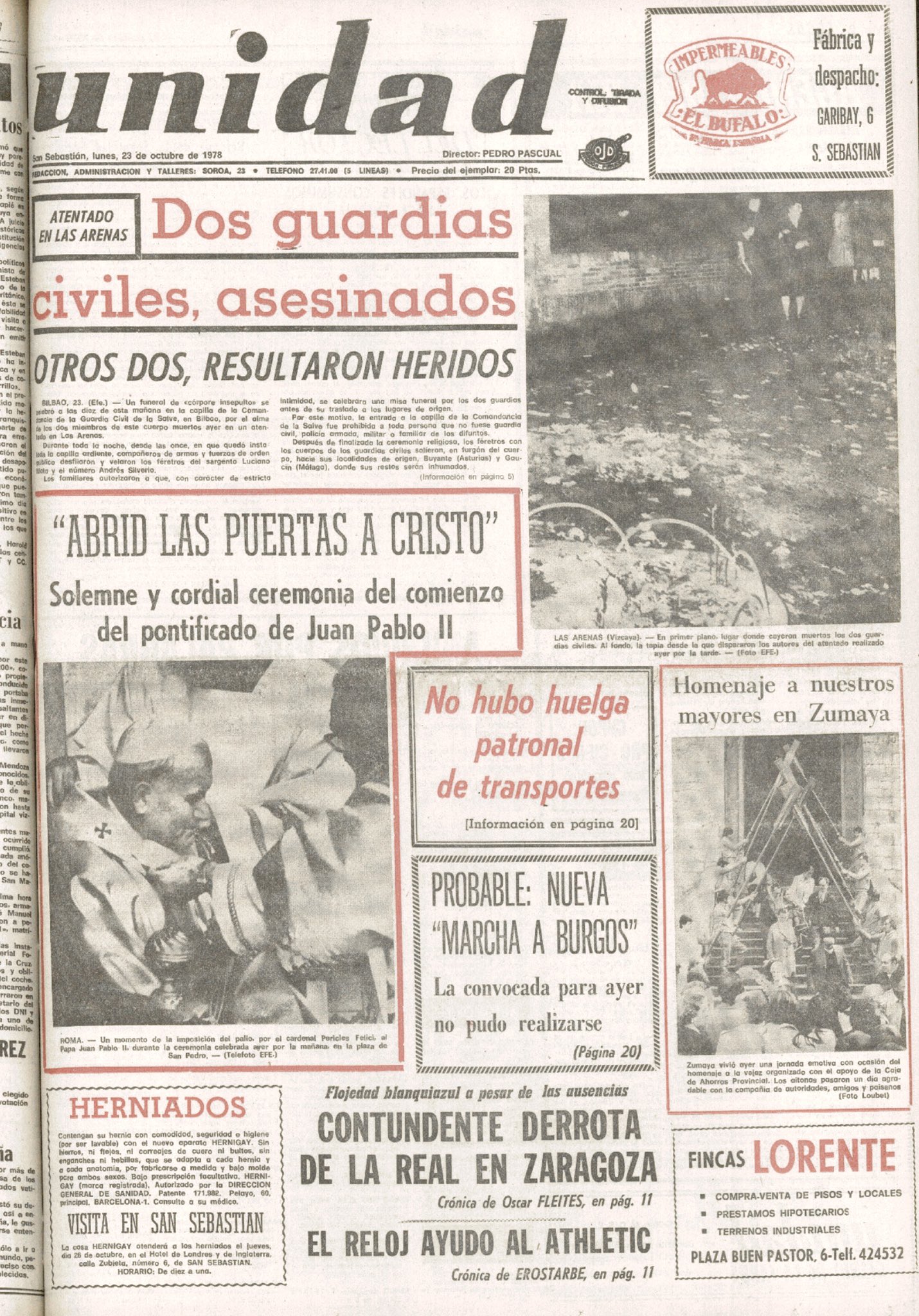 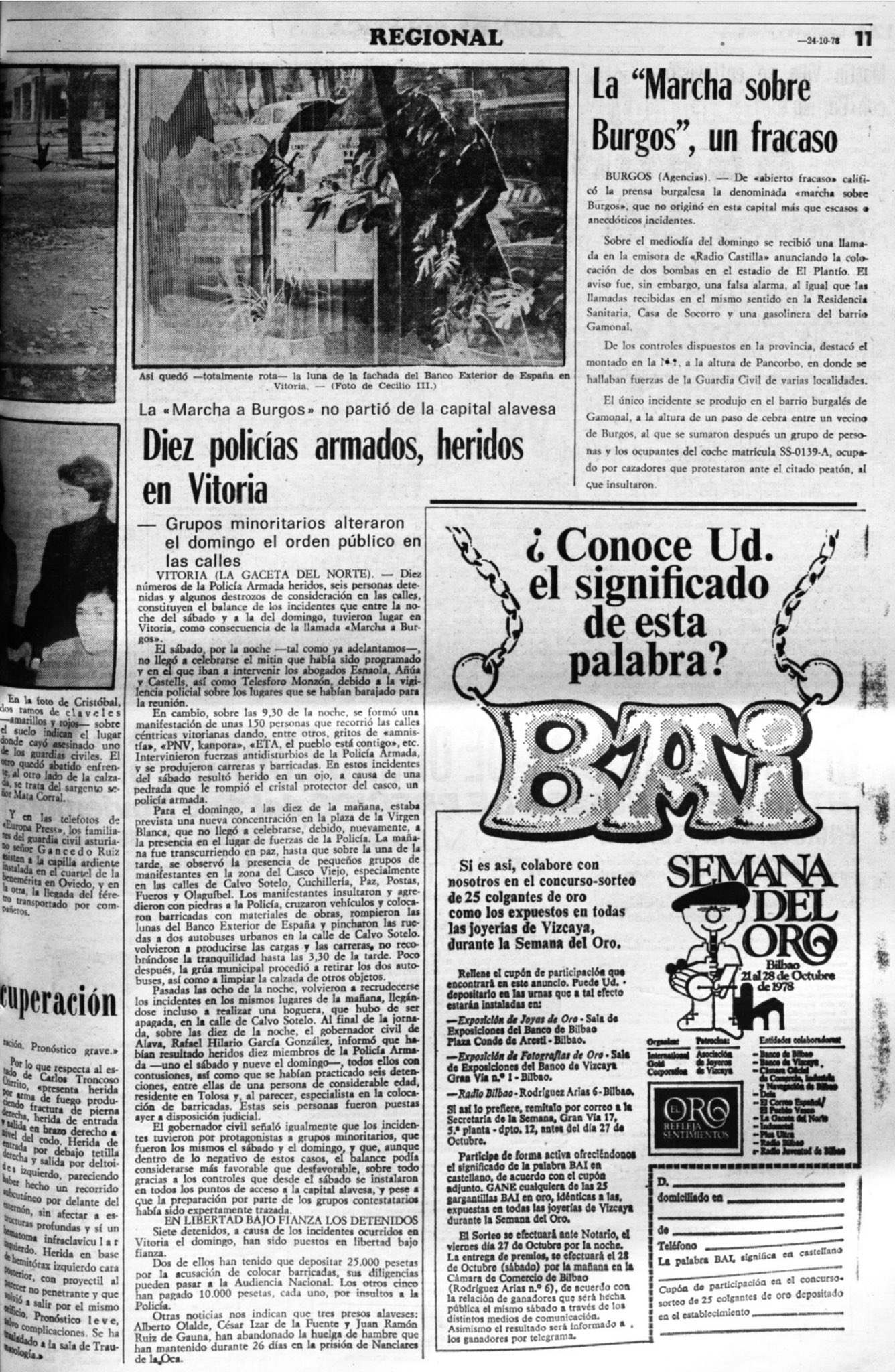 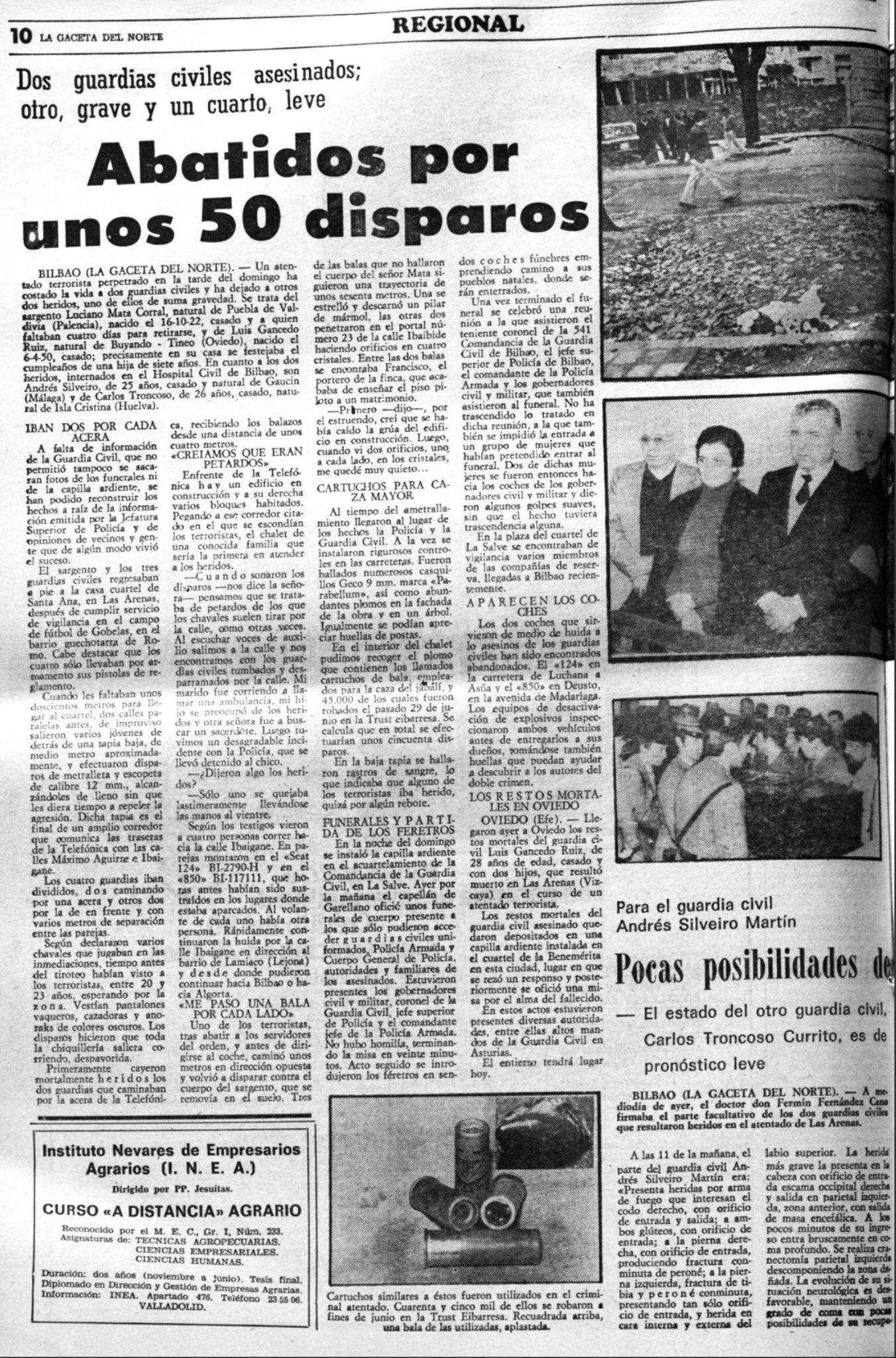 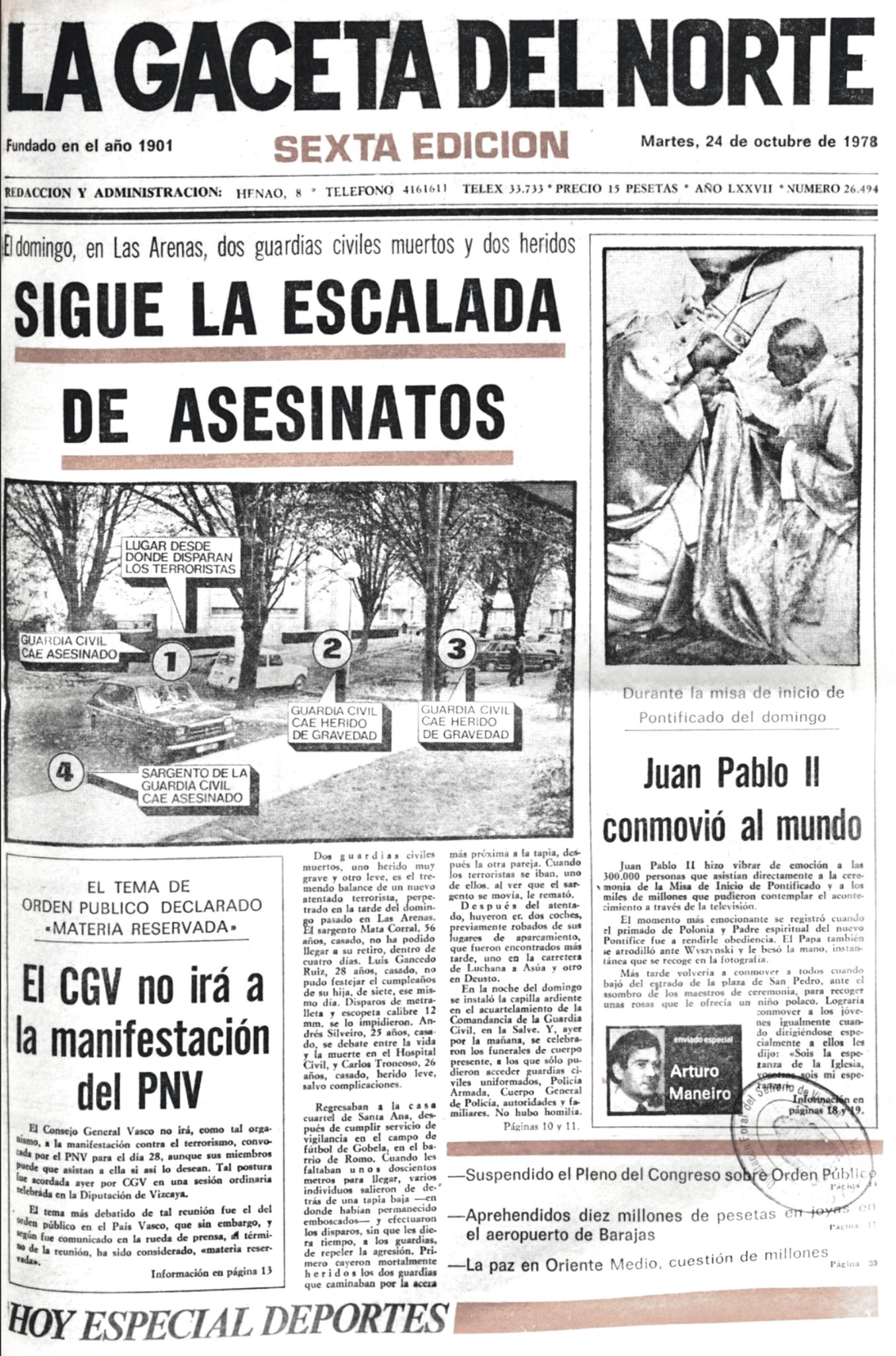