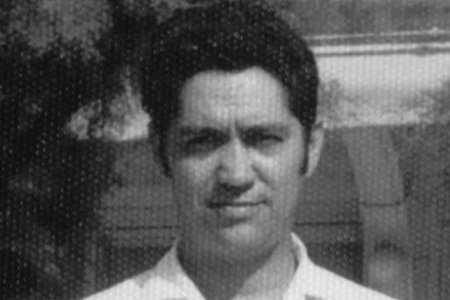 After finishing work for the day at Altos Hornos blast furnaces, Luis Candendo Pérez drove home, where his wife, María Luisa Zabala, had prepared a sandwich which she gave him. He was planning to go on to a gastronomic society.

His wife left the roll on the passenger seat of his car. As she was leaving, she crossed paths with a terrorist who started shooting at the car. He was quickly joined by a second individual. After the first shot, the victim tried to get out of the car, but he was shot again by the second terrorist and killed. Luis was shot eight times. In all, ten shell casings were found at the scene. 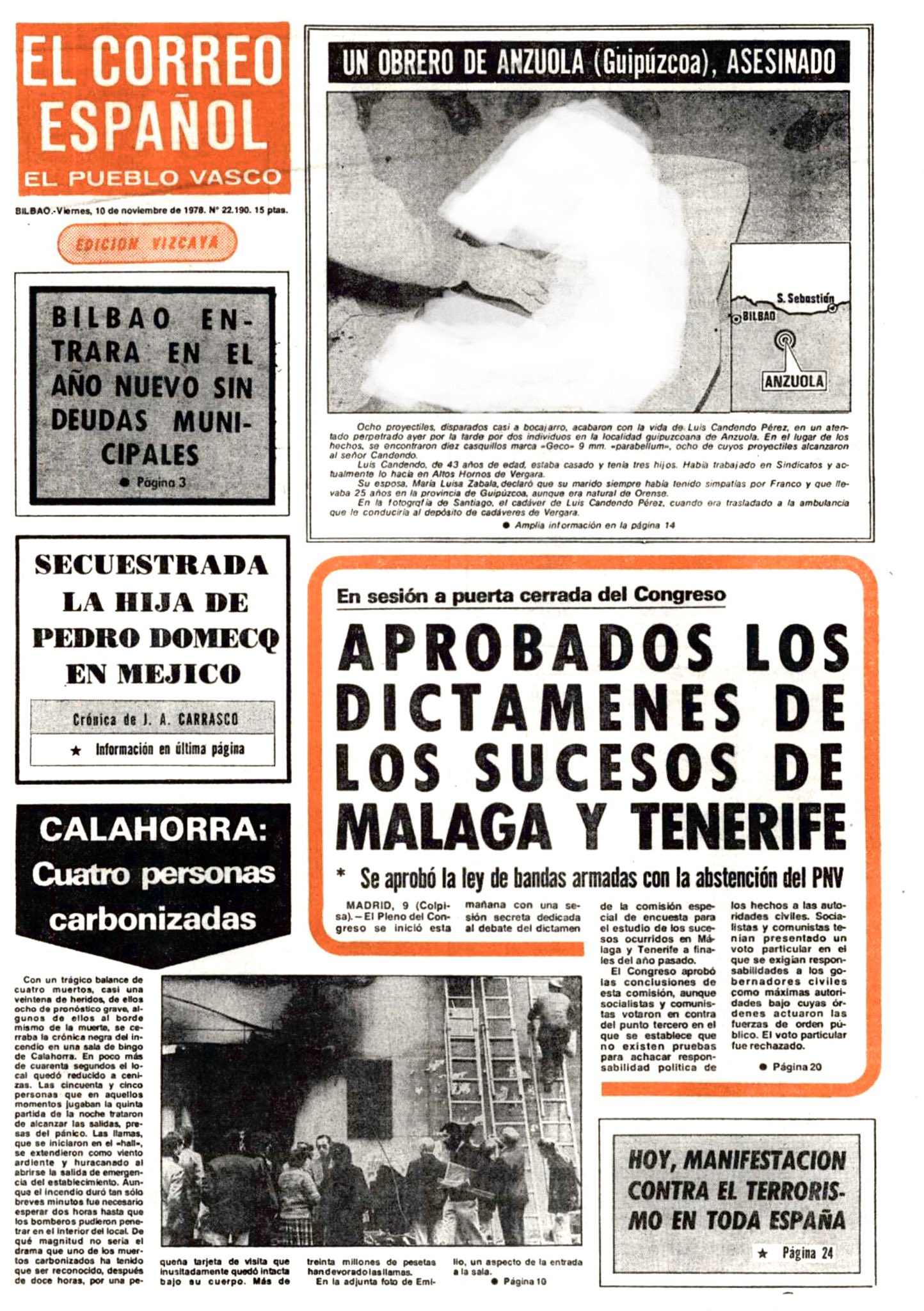 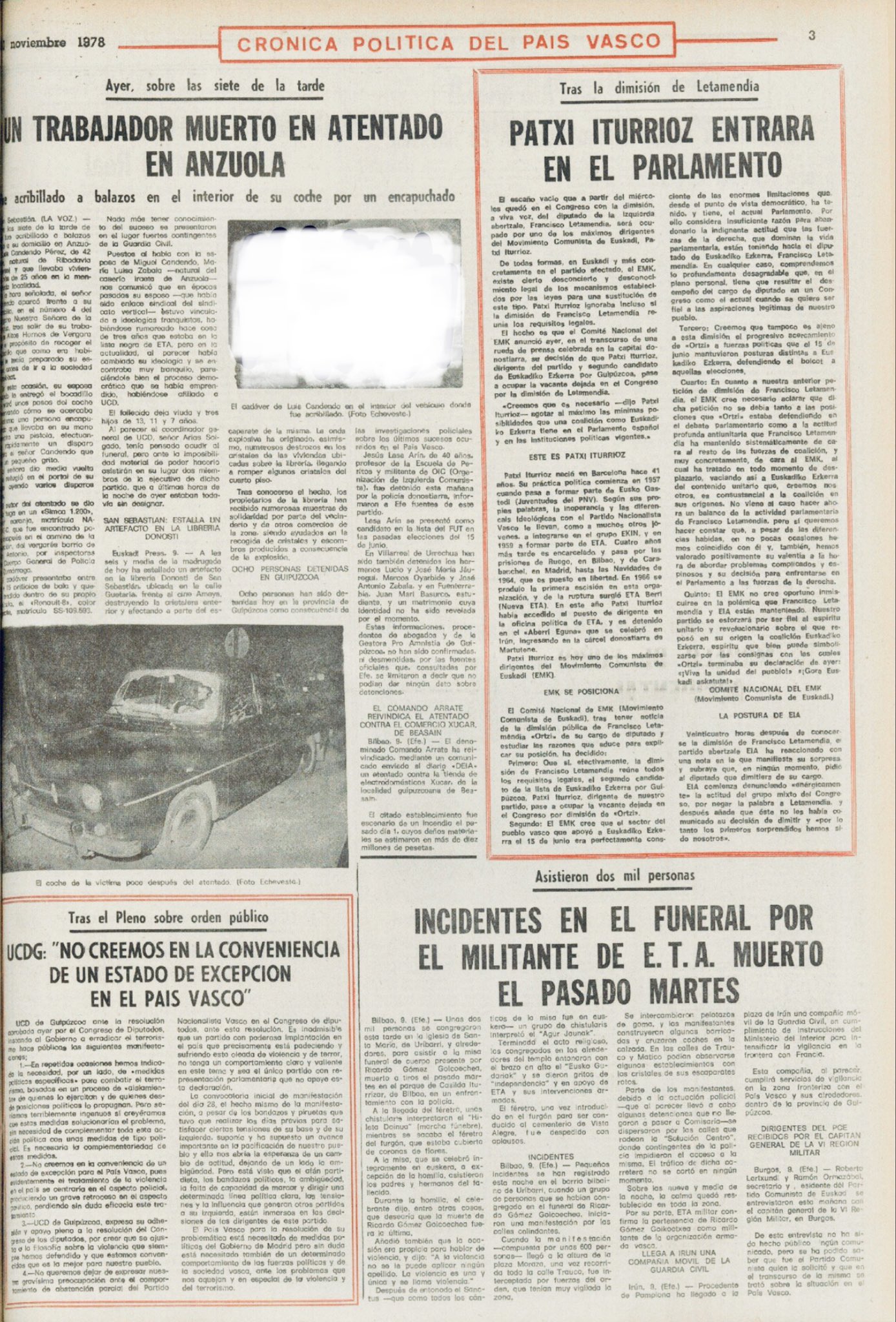 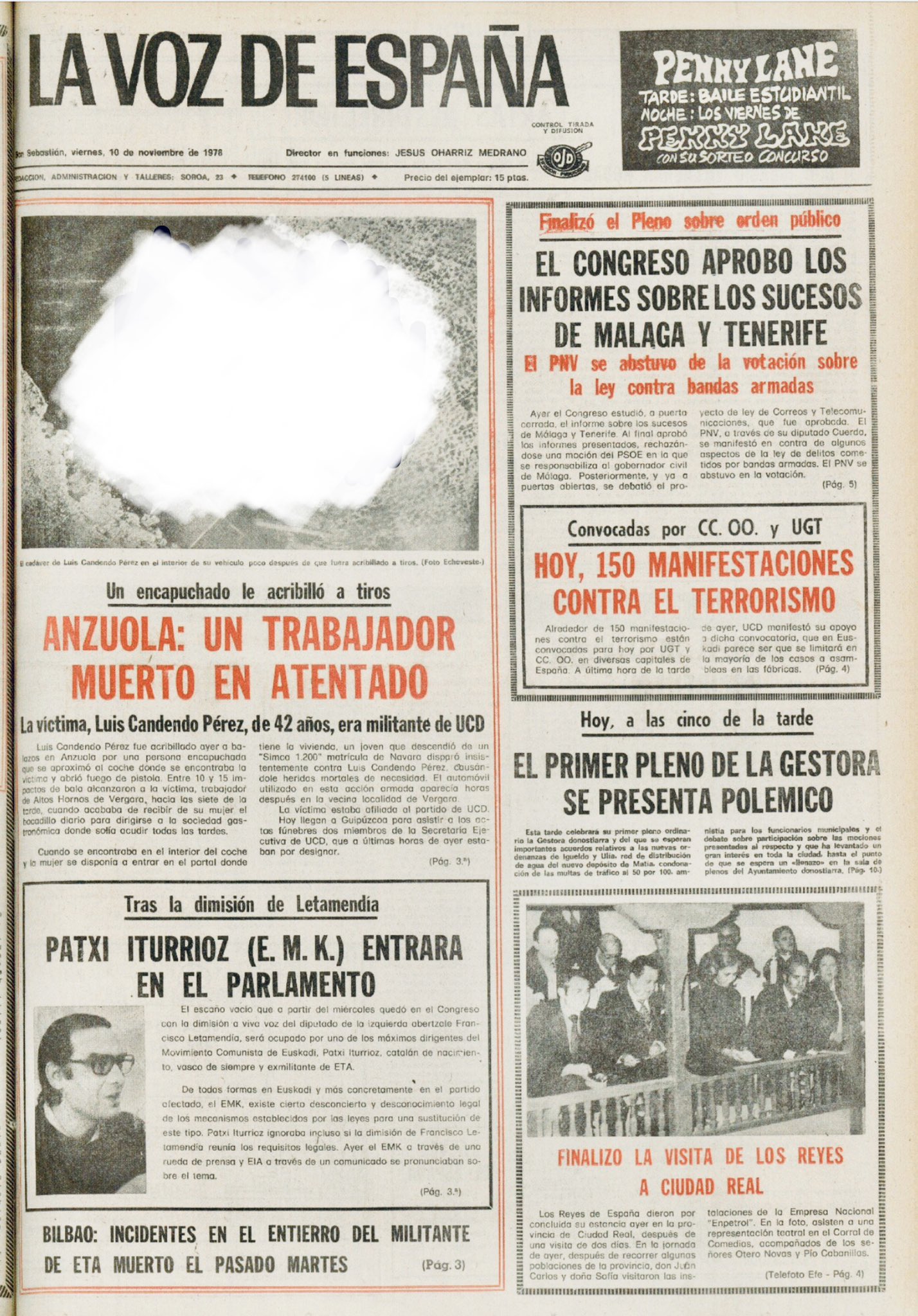 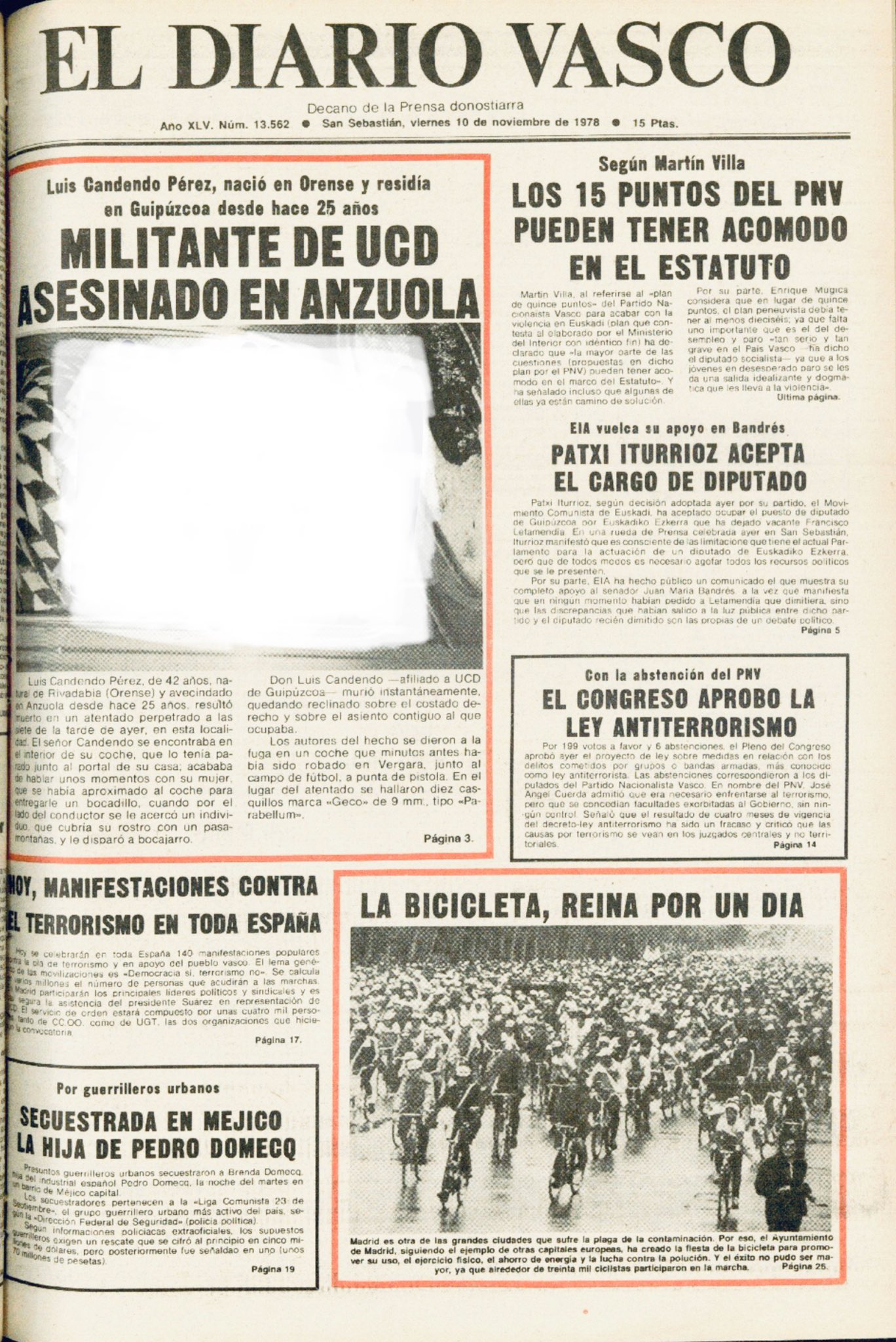