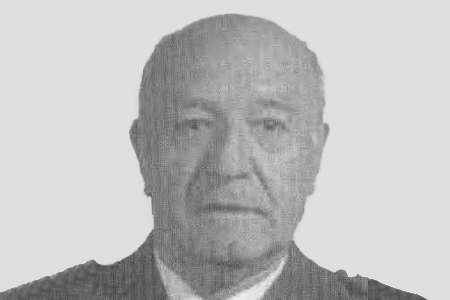 At around 11 am, retired Lieutenant Colonel Luis Cadarso San Juan left home and walked towards a hairdresser’s that doubled as a betting office. An employee at the establishment, where the victim was a customer, told him that a retired army lieutenant (Oswaldo José Rodríguez Fernández) had been killed in San Sebastián.

Minutes later he walked down Calle Nagusia to a newsstand. Two men and a woman walked up to him and shot him at point-blank range up to four times. He was killed instantly. 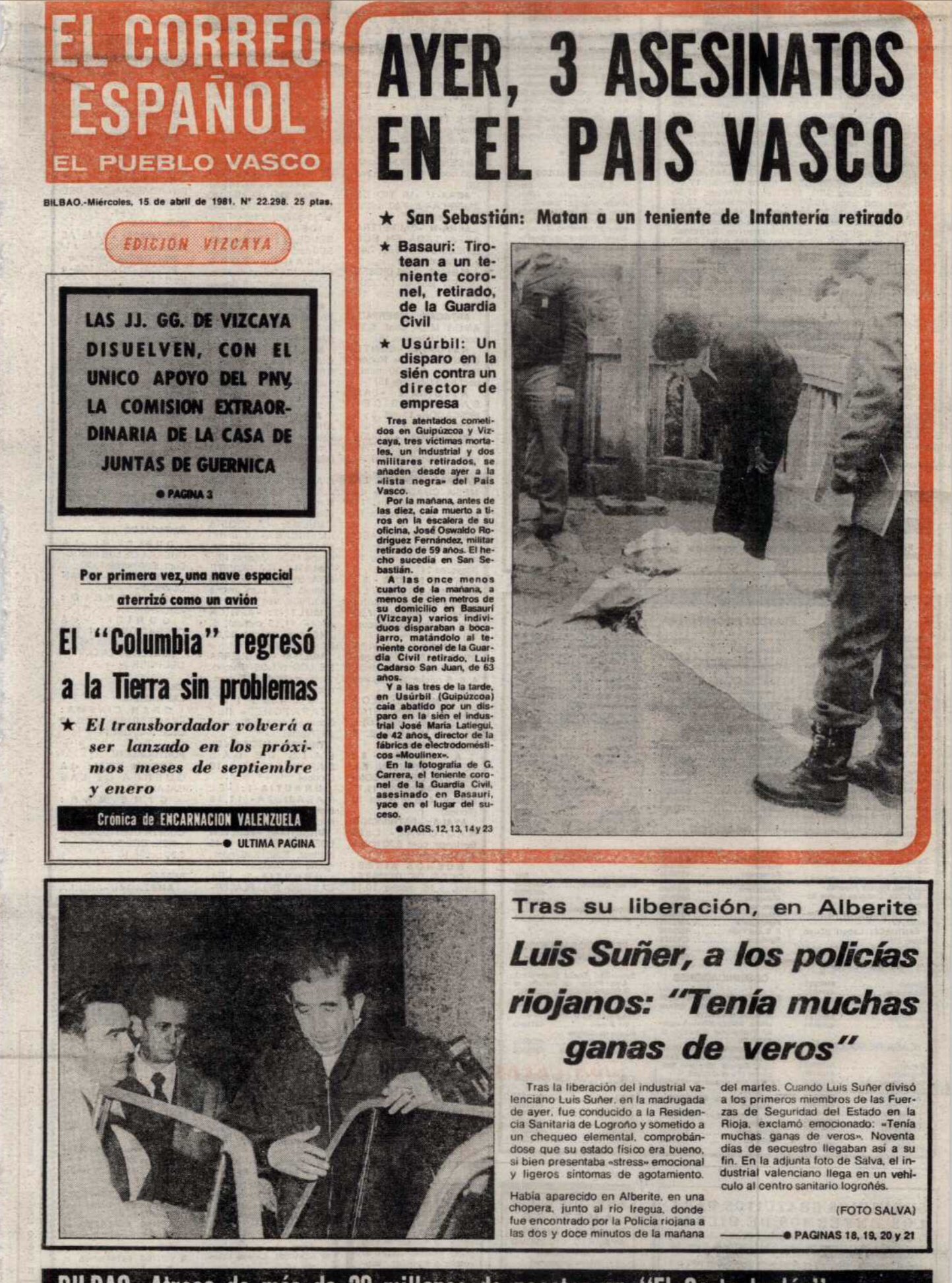 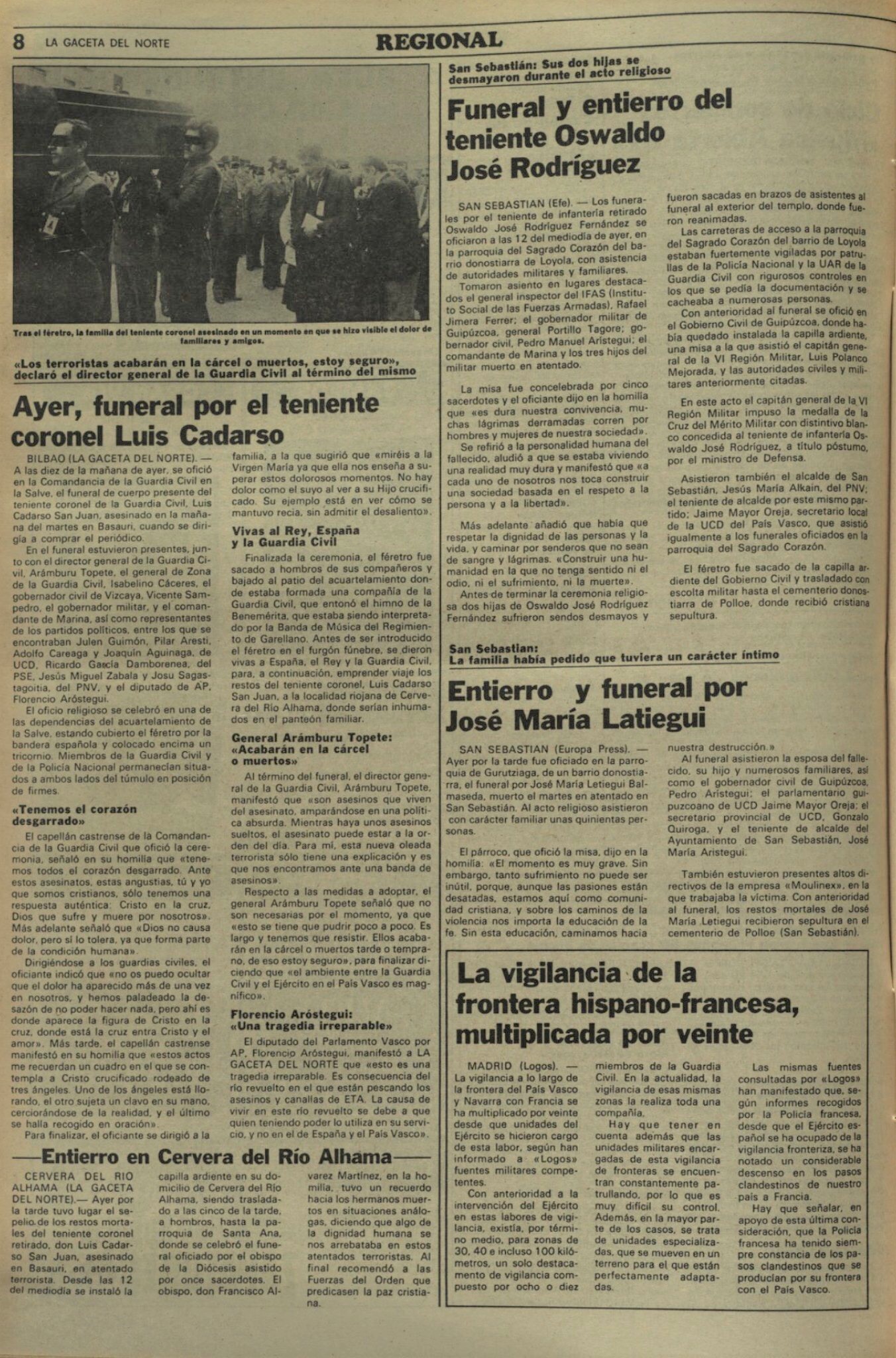 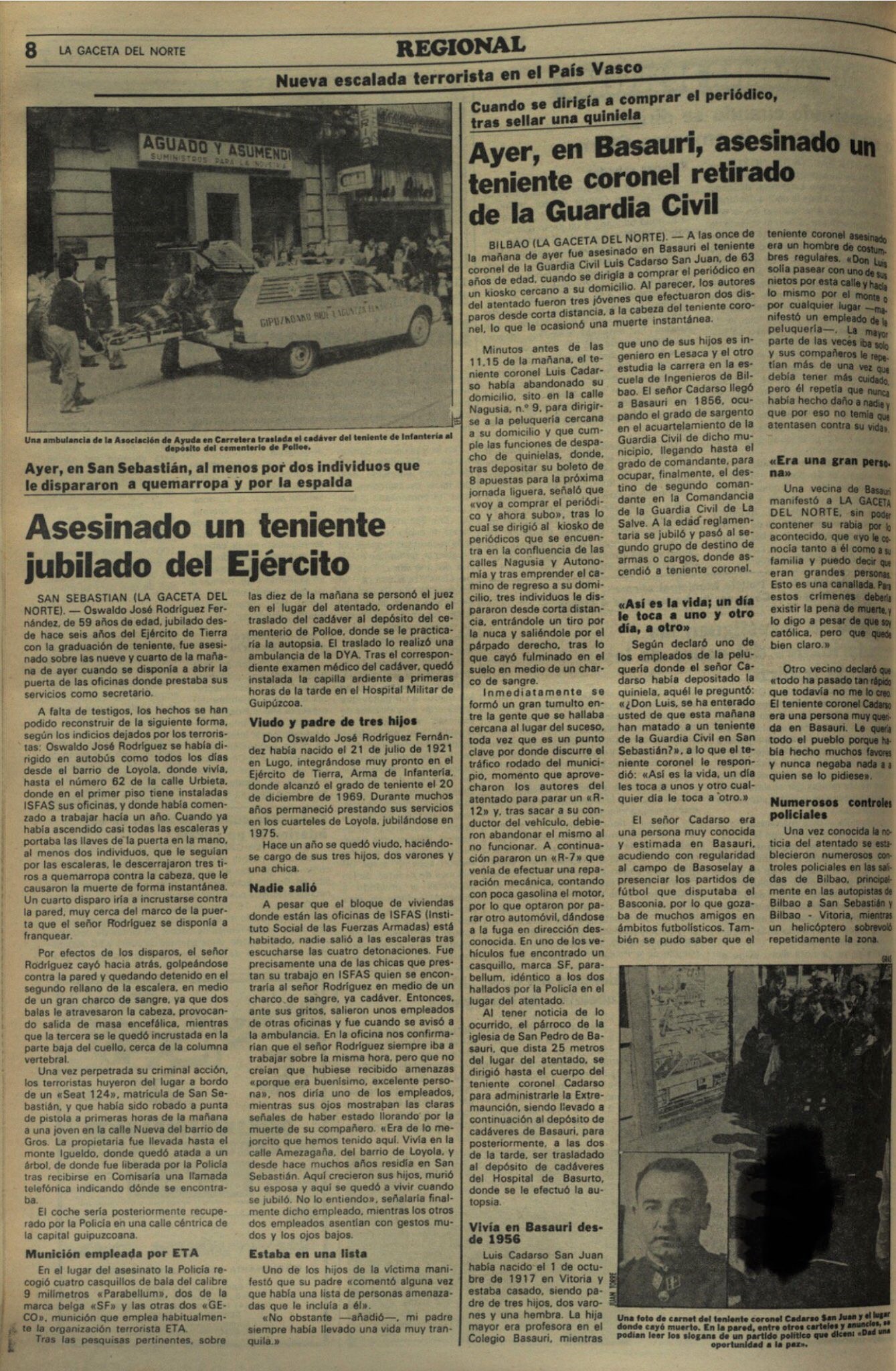 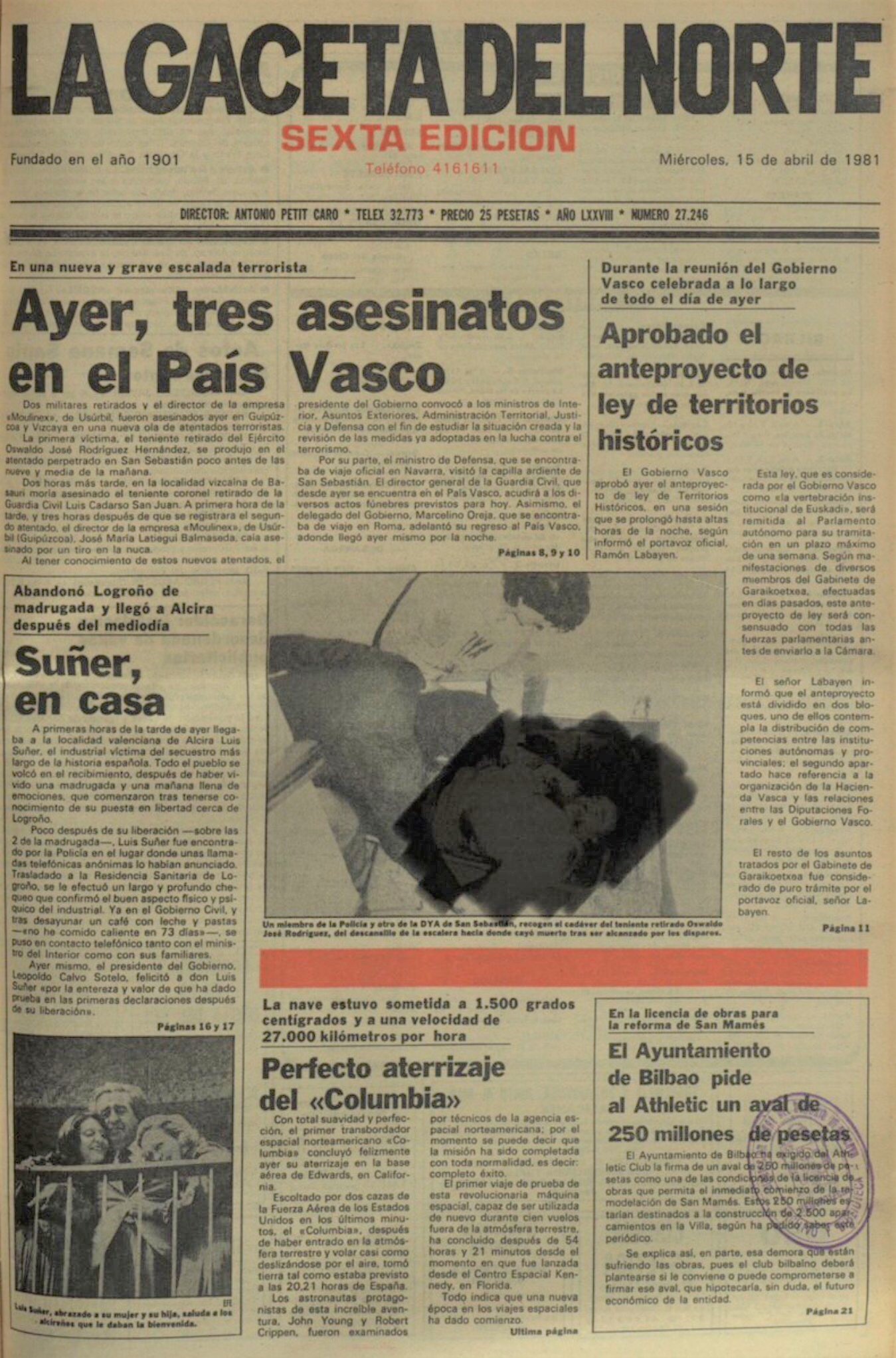