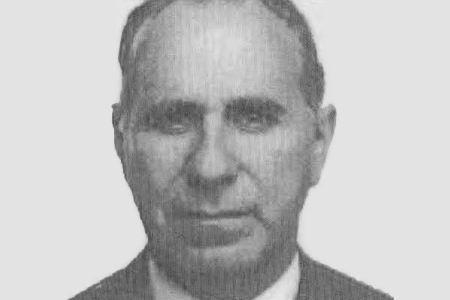 Luis Azcárraga Pérez-Caballero occasionally visited Salvatierra, where he owned a house. It was Palm Sunday and he went to take communion in the parish church of Santa María. As he was leaving the church with his wife and a few relatives, two members of ETA approached him from behind and shot him several times in the back. He fell to the ground, where they shot him twice more in the temple before getting away in a stolen vehicle with two other terrorists.

ETA had been provided with information on the victim’s movements by Gotzone López de Luzuriaga —whose mother was a neighbour of the officer— and her husband Ignacio Fernández de Larrinoa Pérez de Luco. 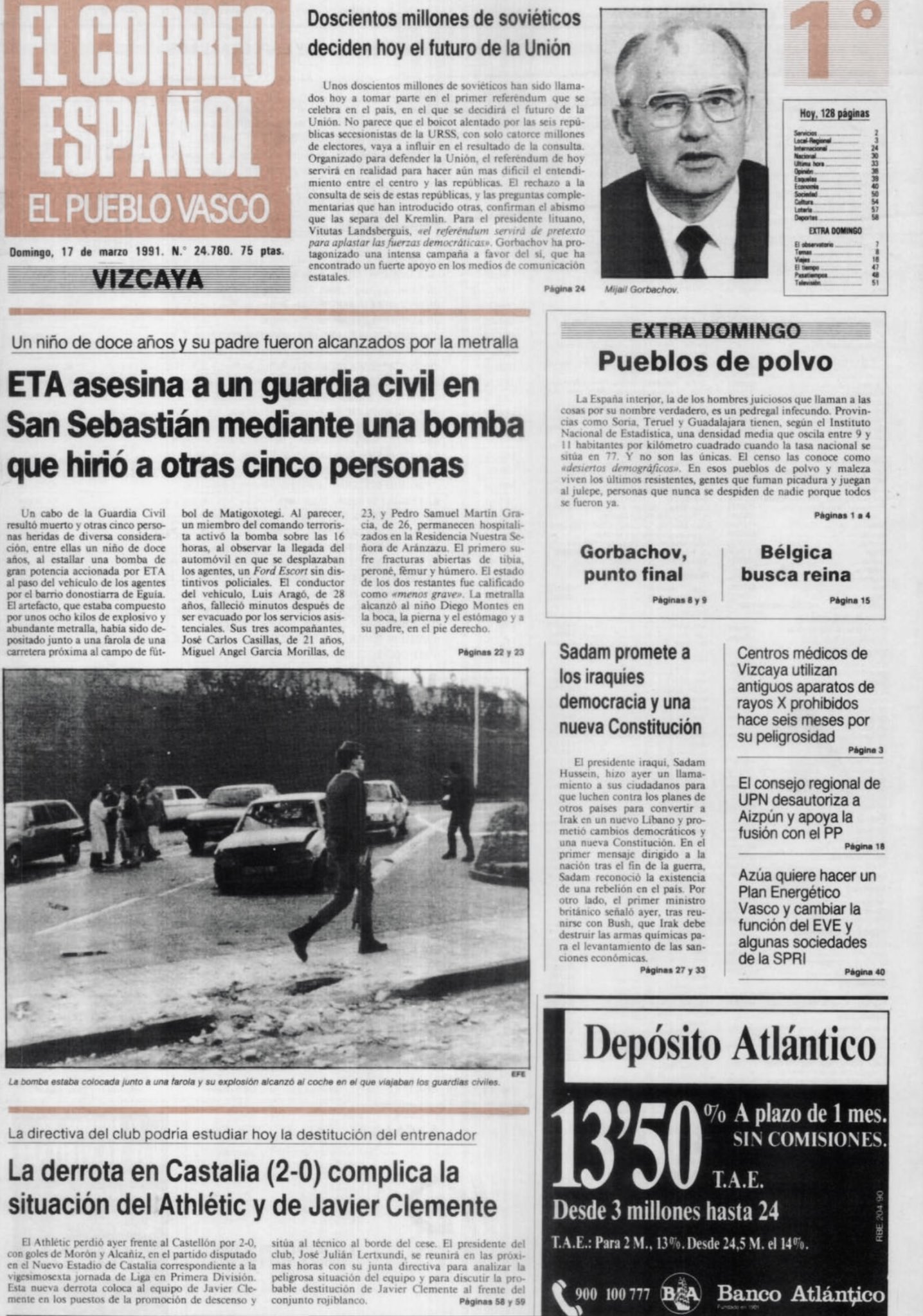 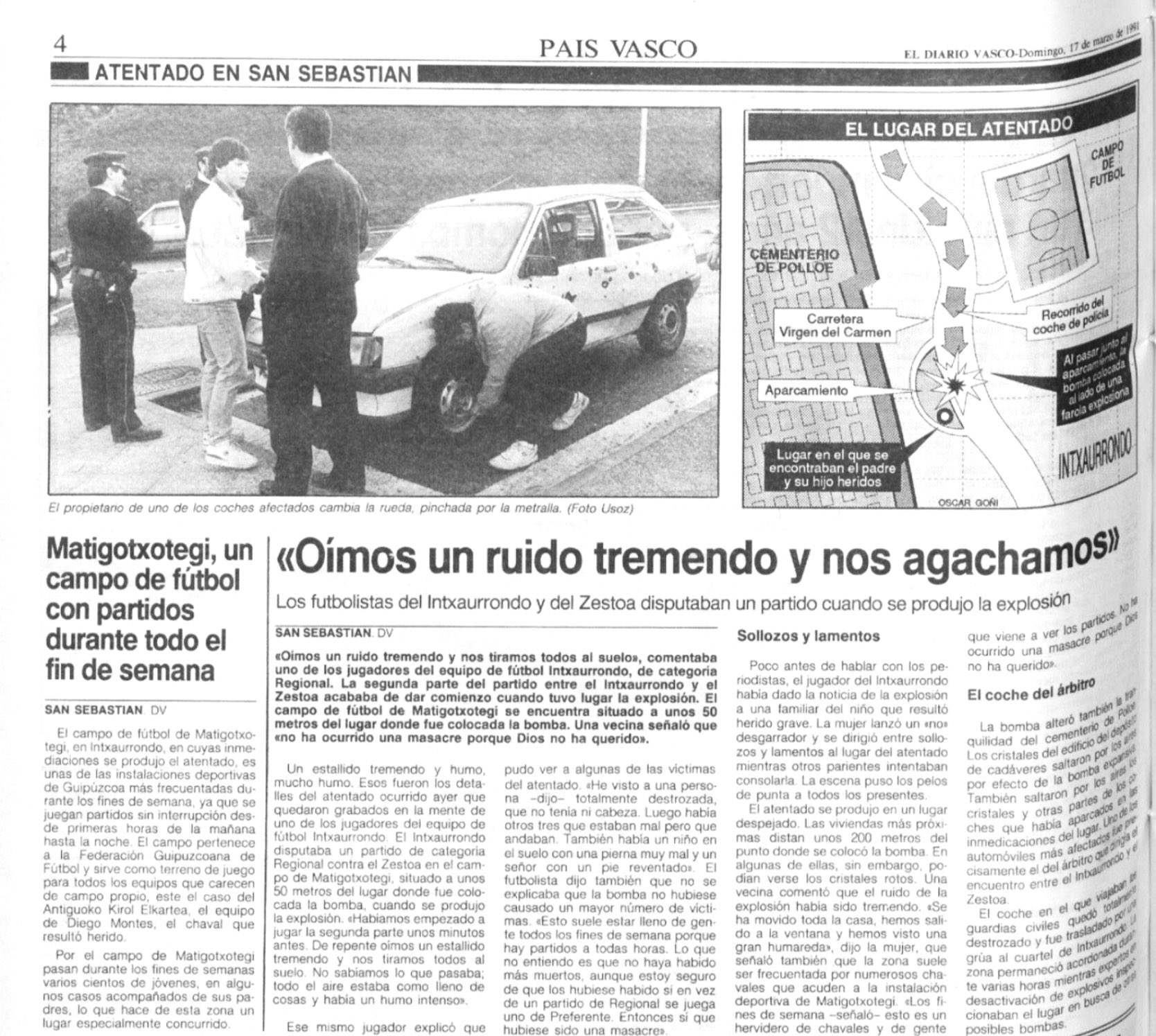 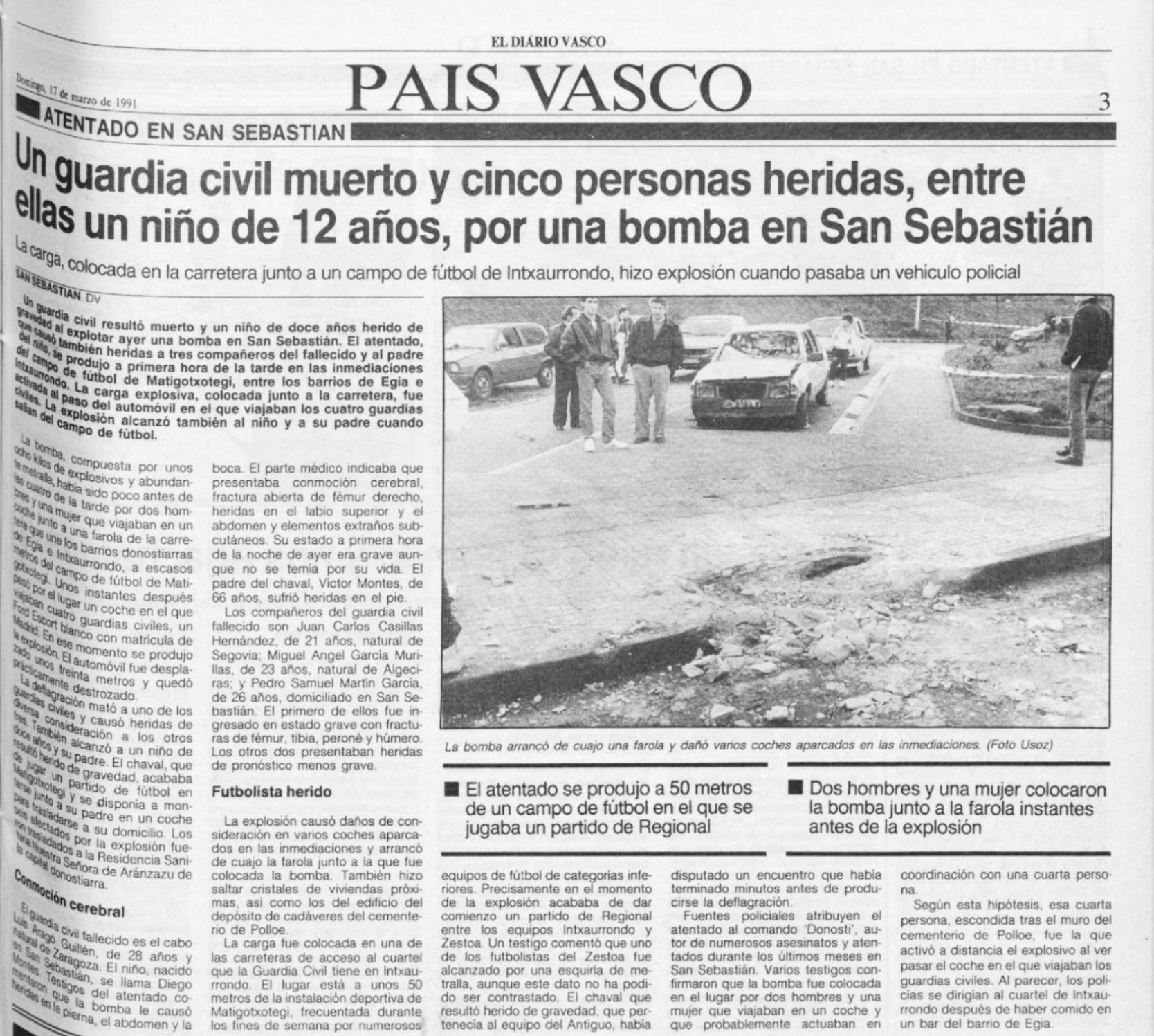 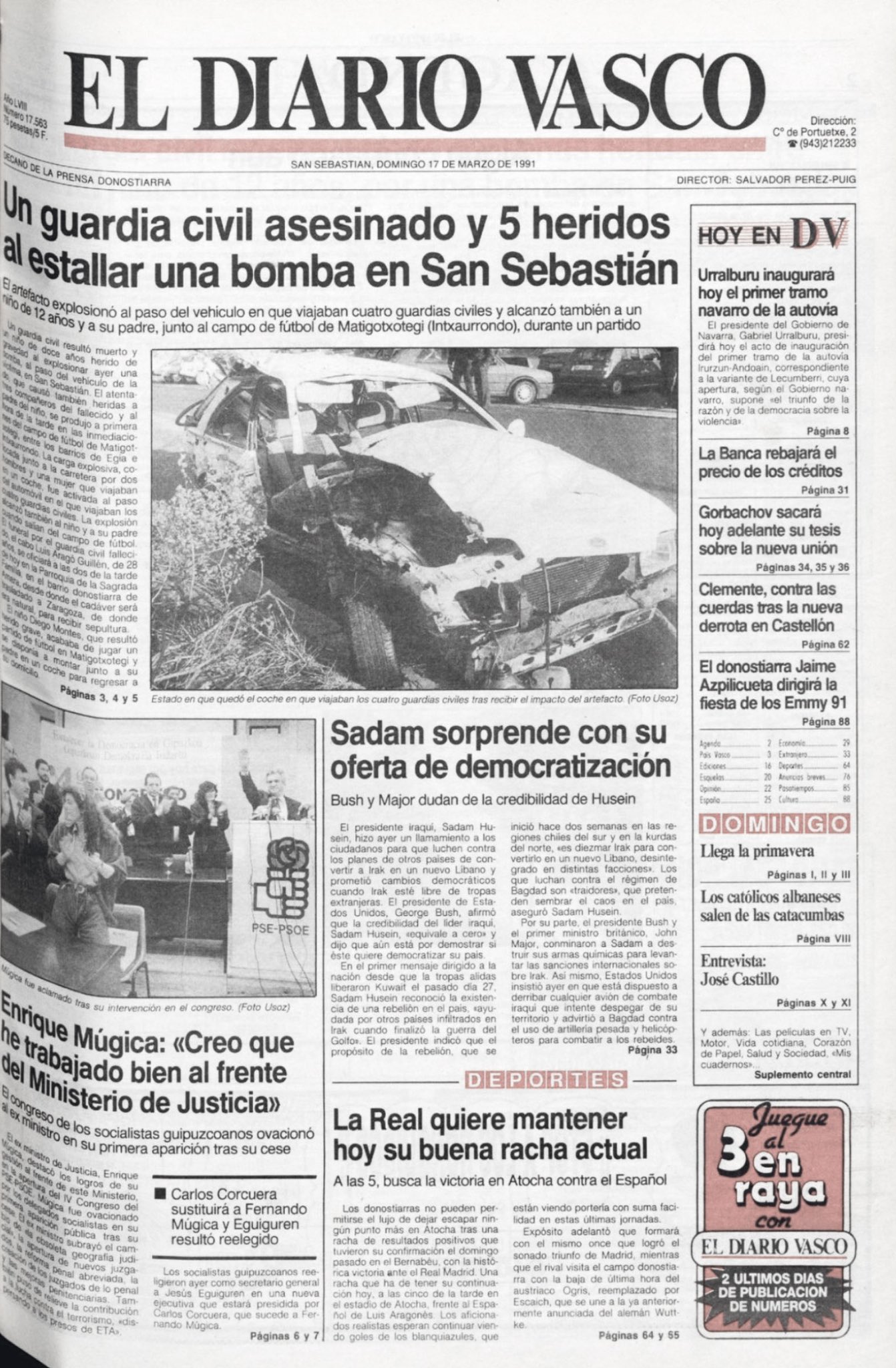