At 11.45 am on Monday 28 August 1978, a unit comprising three members of GRAPO fired several shots at the car in which Luis Antonio Rodríguez García, an officer of the Armed Police, was on guard duty outside the post office between Calle Roger de Flor and Calle Diputación in Barcelona. He was hit in the head and killed instantly. Another officer who attempted to fire back was injured.

Luis Antonio Rodríguez García had been a police officer for three years. According to one of his colleagues, he was planning to leave the force and was studying in his spare time to become a dentist. He had already completed a large portion of his studies. 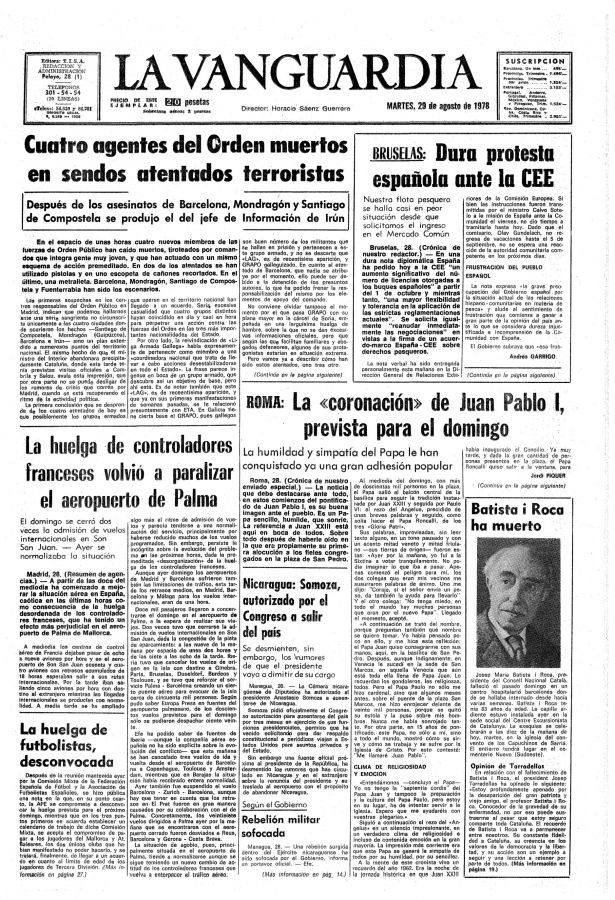 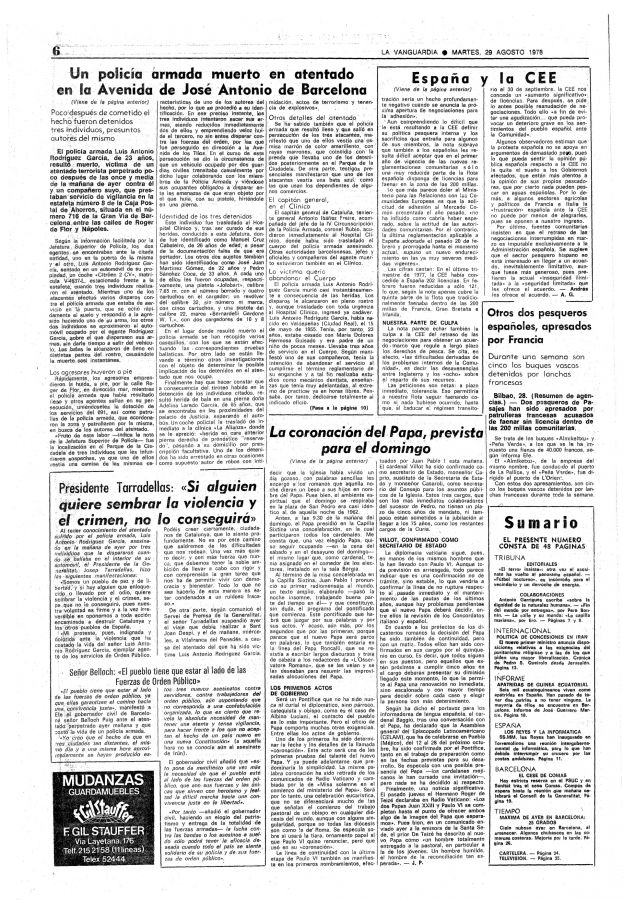