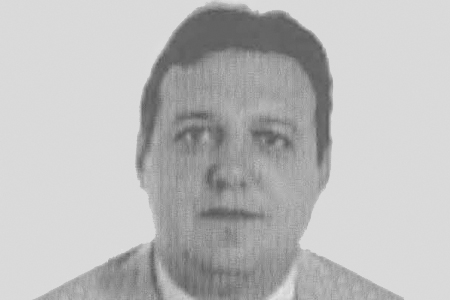 Police inspector Luis Andrés Samperio Sañudo was shot in the back of the head by ETA on 24 April 1997. The two terrorists waited for him at the doorway to his home, on Avenida de Madariaga in the Deusto district of Bilbao and fired at him from a distance of just a few centimetres. At the time, he was returning home for lunch after finishing work for the day. He was a member of the Narcotics Group of the National Police’s judicial police squad. Luis was aware that he was a possible target but unusually on that day, he went home alone.

After the shooting, the two ETA members fled on foot. They threatened a number of teenage girls who were in the area, telling them to cover their faces so that they would not recognise them. One of the perpetrators of the attack had been under surveillance by the Basque police for several months.

His murder took place less than twenty-four hours after the parties to the ‘Ajuria Enea’ Pact ratified their commitment to seek an end to violence through dialogue.

In July of that year, he was planning to move back to his home town with his wife and two daughters.