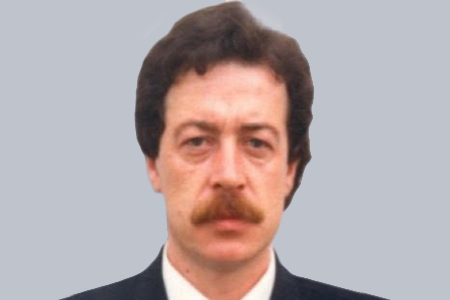 National Police officer Luis Alfredo Achurra was in a car repair shop in Amorebieta paying a bill. The employees asked him to move his car because it was blocking the way for other cars. As he was reversing out, a bomb attached to the underside of the car exploded. It had been left by members of the Vizcaya unit of ETA. The policeman was killed instantly and the owner of a nearby bar, Jaime Gómez Rabanal, was also injured. 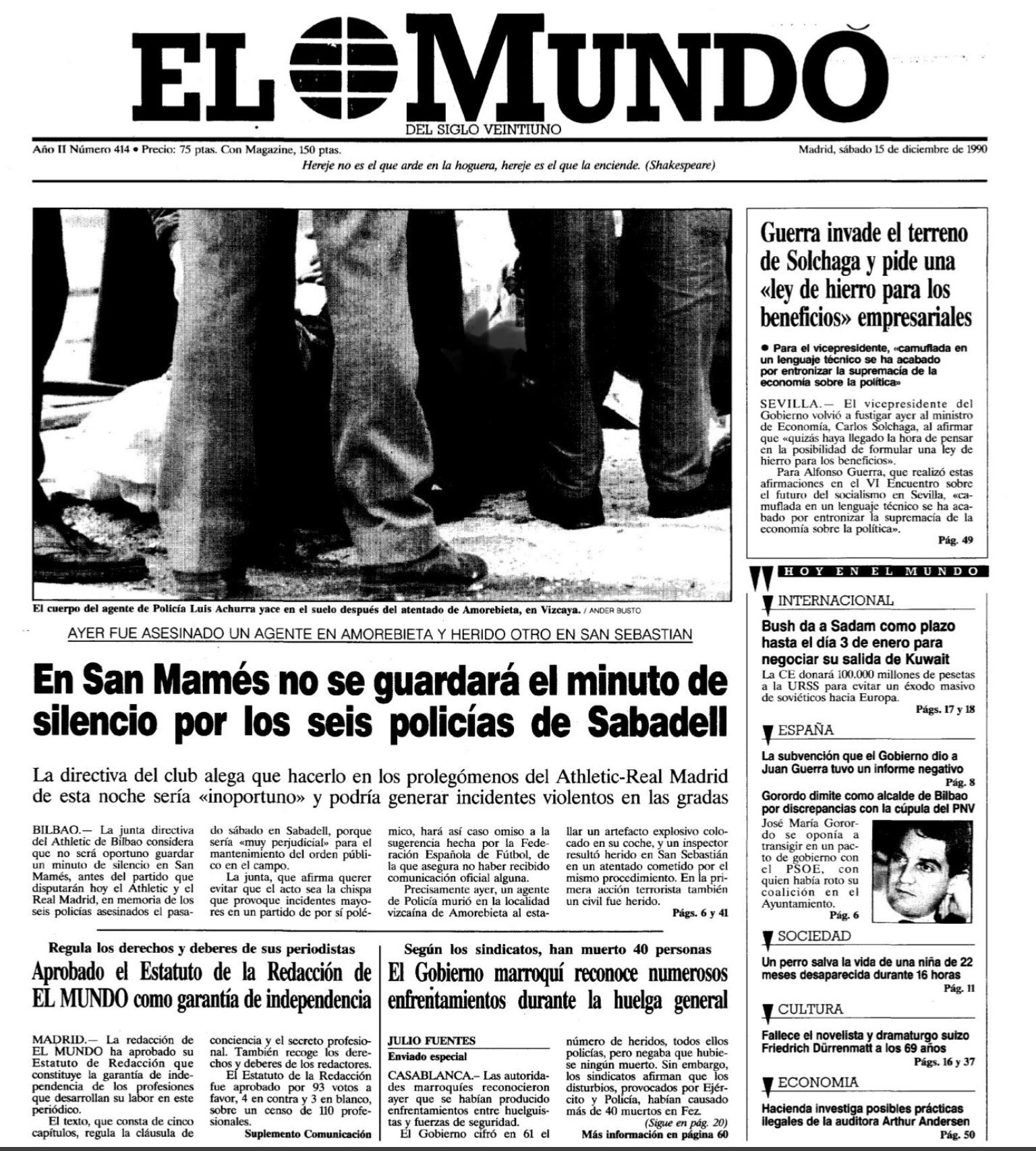 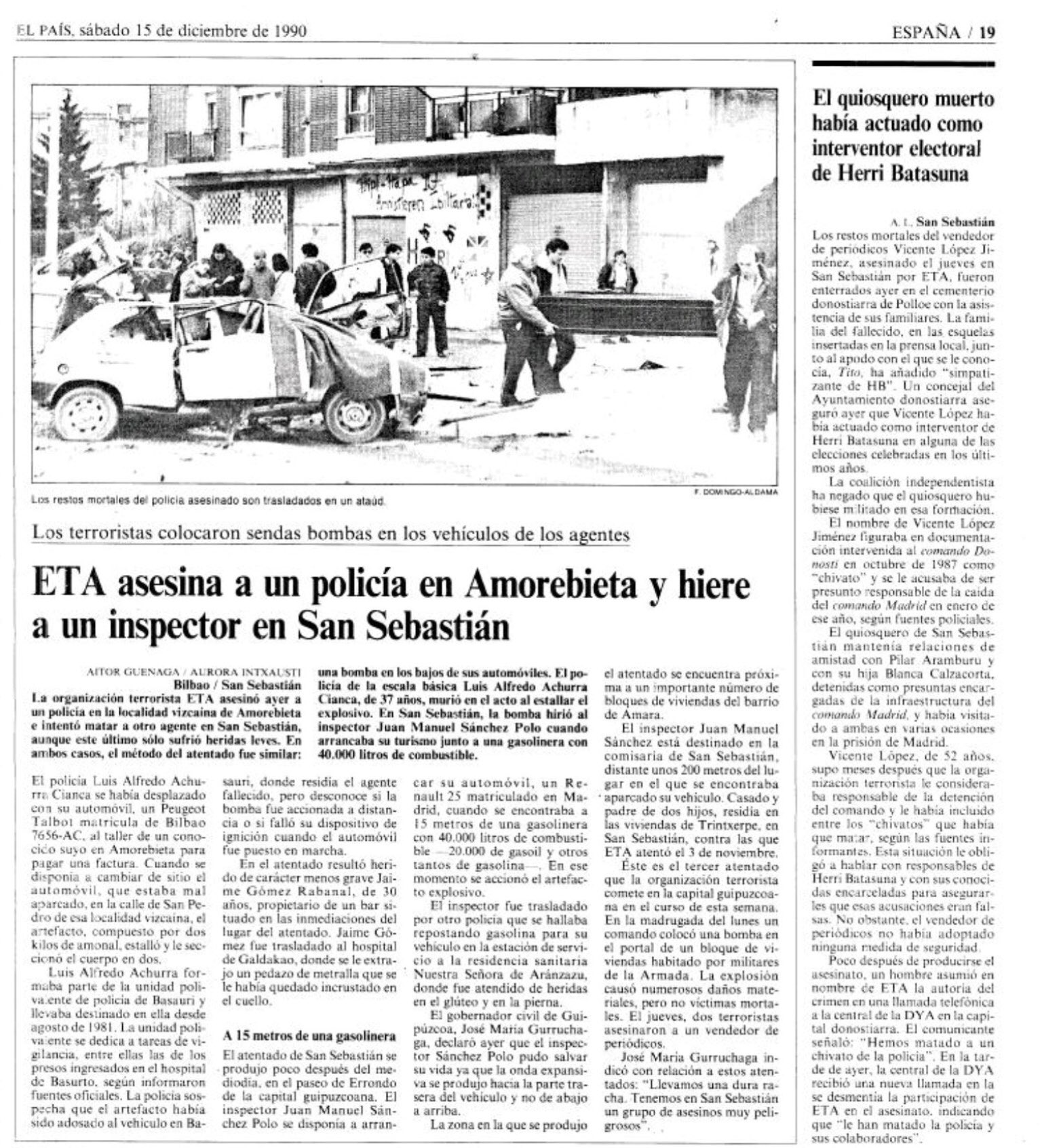 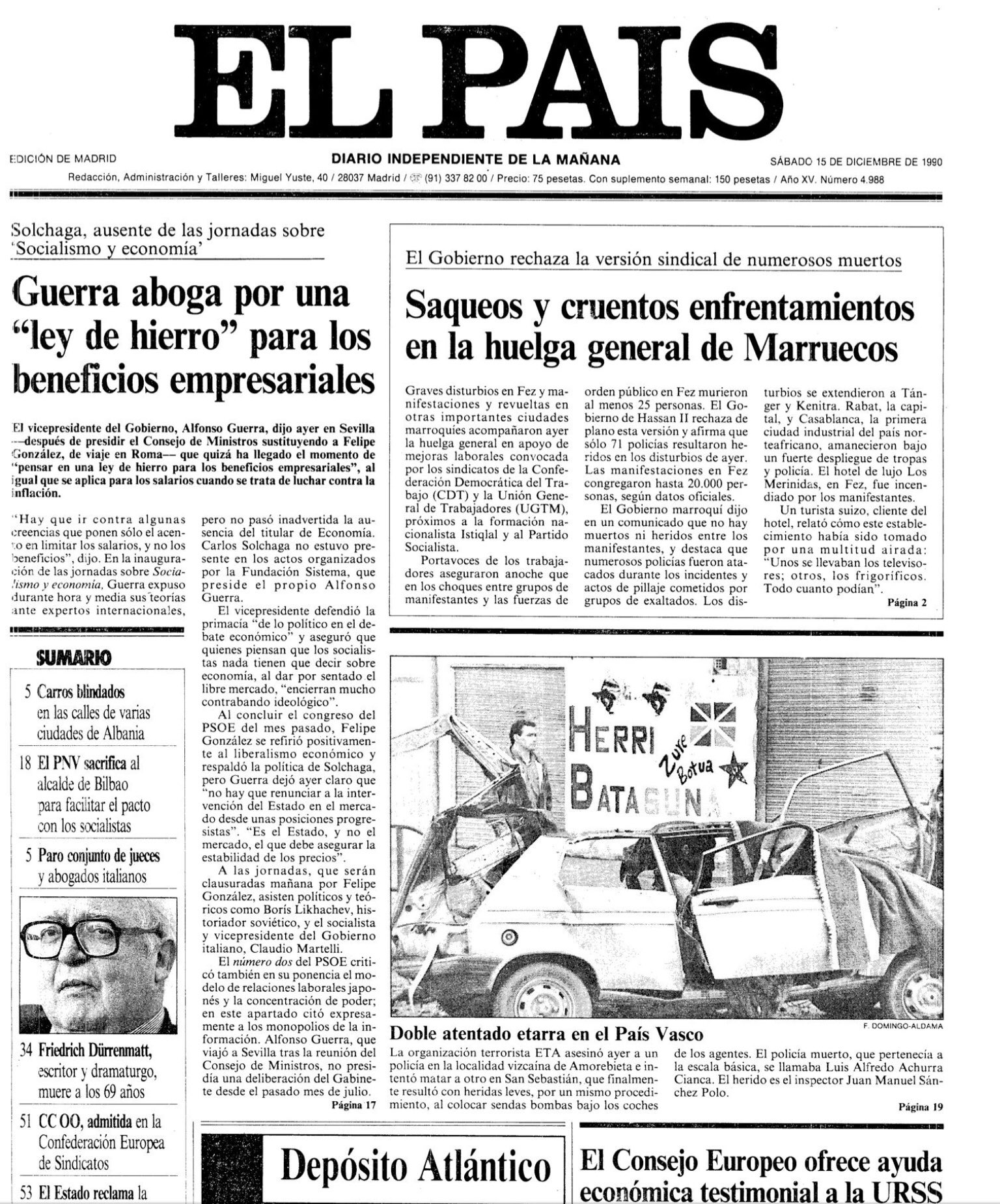 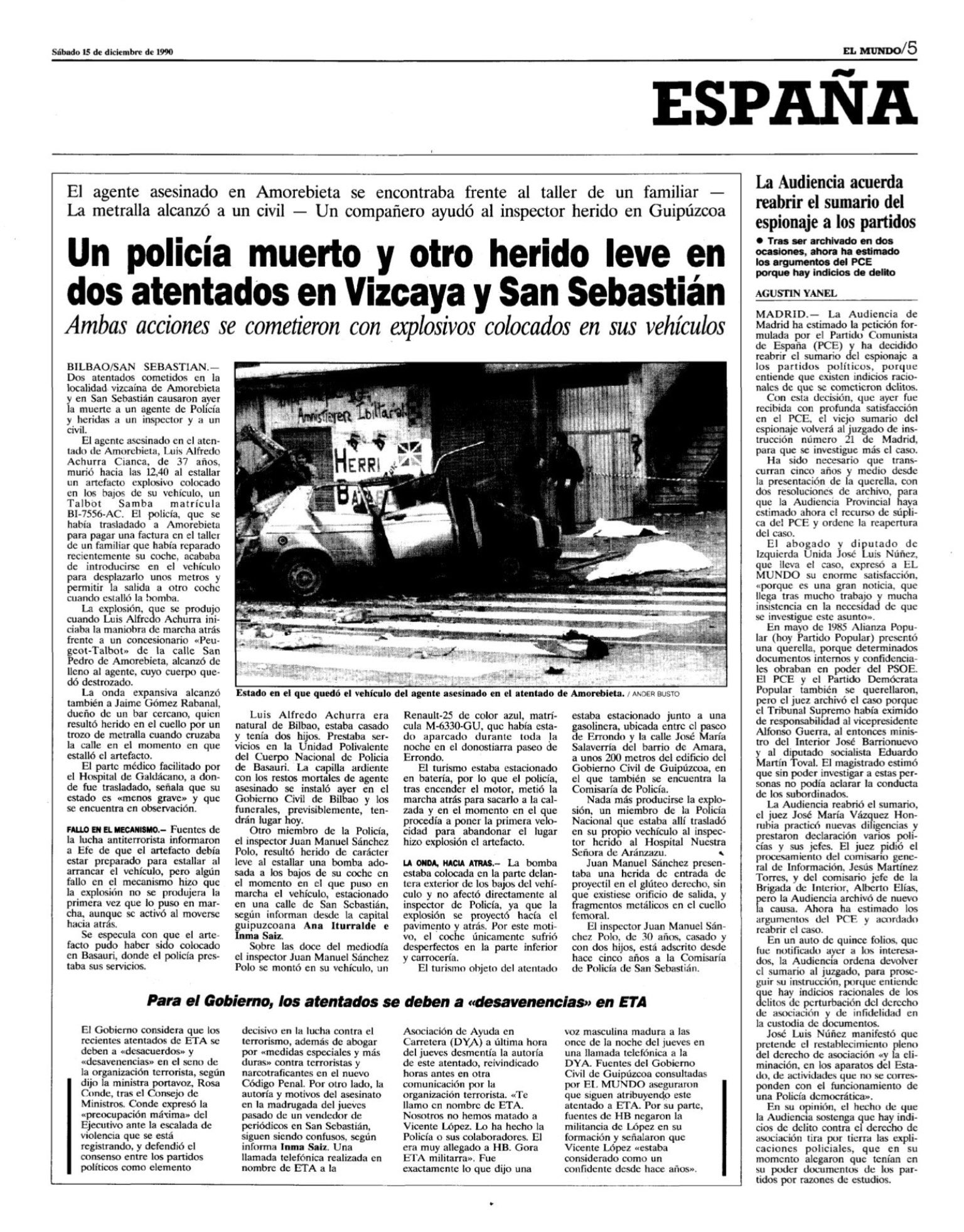