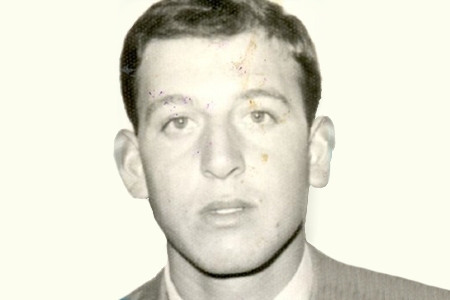 Armed Police officer Lucio Rodriguez was on guard duty in front of the Iberia offices at No. 14 Calle Alenza. He was due to finish work at 10 pm, but the other officer who was due to take over from him was already twenty minutes late. Just then, a Seat 127 carrying three members of the FRAP parked on the street. Two individuals got out of the car and opened fire on the officer, hitting him up to eight times in the head, neck, shoulder, arm and abdomen. As the terrorists were getting away, Lucio Rodríguez managed to walk to Calle Cristóbal Bordiú, where he finally collapsed. He died at the Red Cross’s Central Hospital. The police officer, who was 23 years old, had been born in the town of Villaluenga (Toledo) and was planning to marry his fiancée in September.