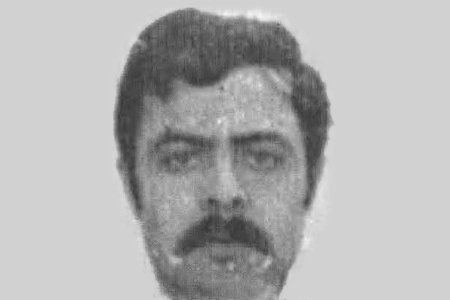 A Civil Guard patrol consisting of two Land Rovers was returning to Logroño after working on the road between Beasain and Zumárraga. Terrorists had previously planted a bomb in an embankment by the side of the road which they detonated remotely as the patrol passed, by means of a cable over 50 metres long. The device, of “stove” type (buried underground on the hillside), contained nuts and bolts to act as shrapnel. One of the cars was split in two by the explosion and both Corporal José Rodríguez de la Lama and Civil Guard Lucio Revilla Alonso were killed. A third officer, Francisco Córdoba, survived with serious injuries. 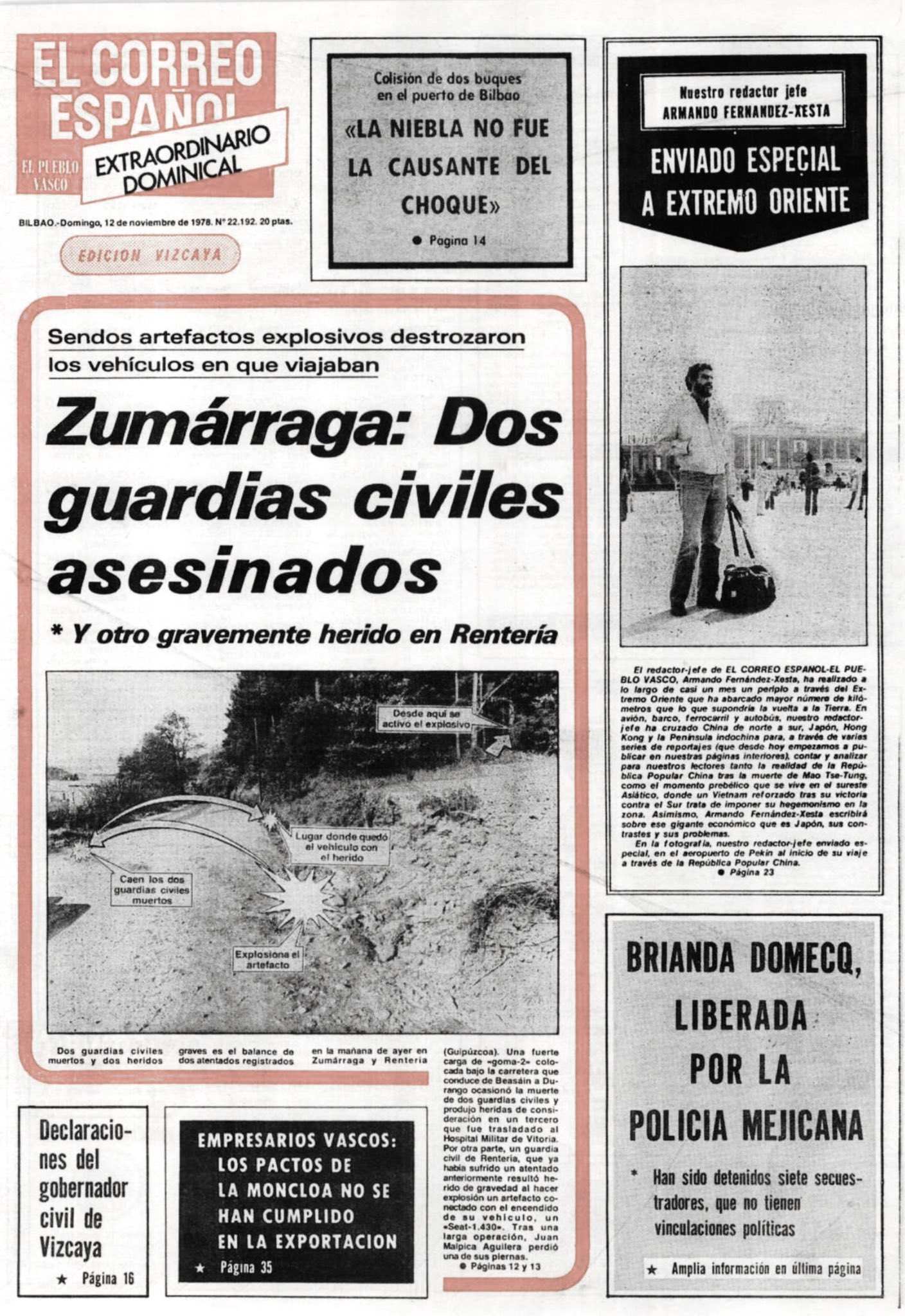 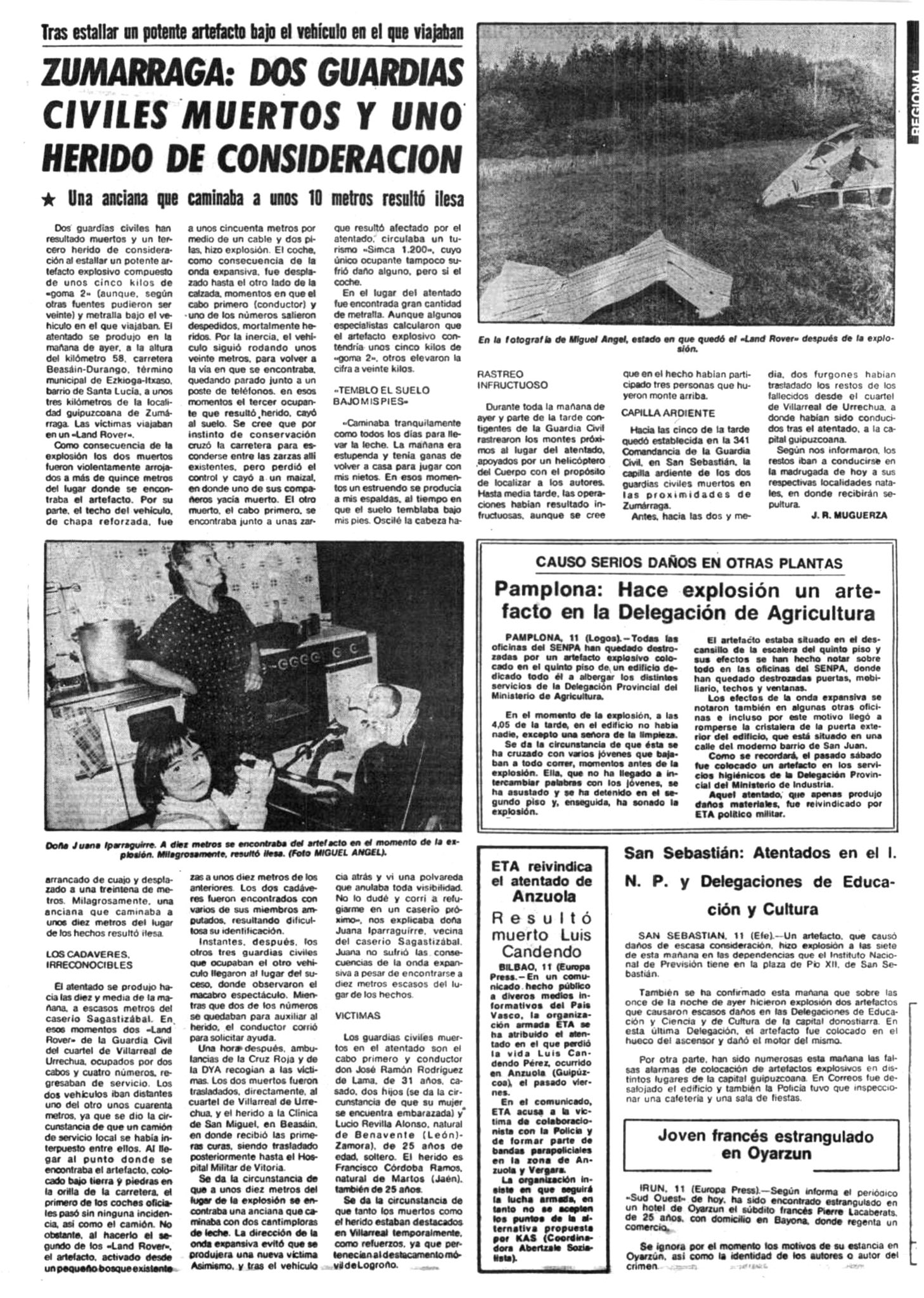 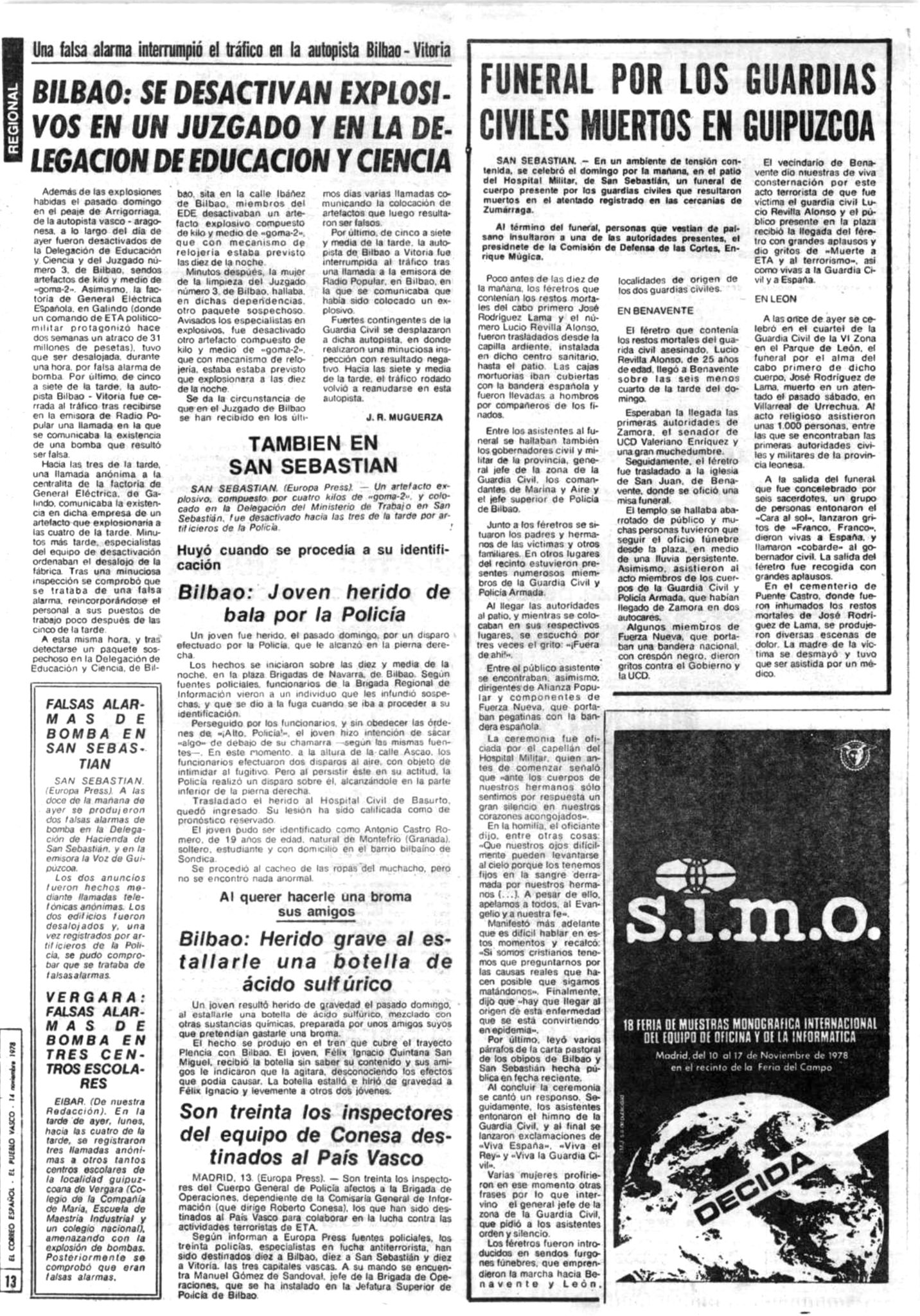 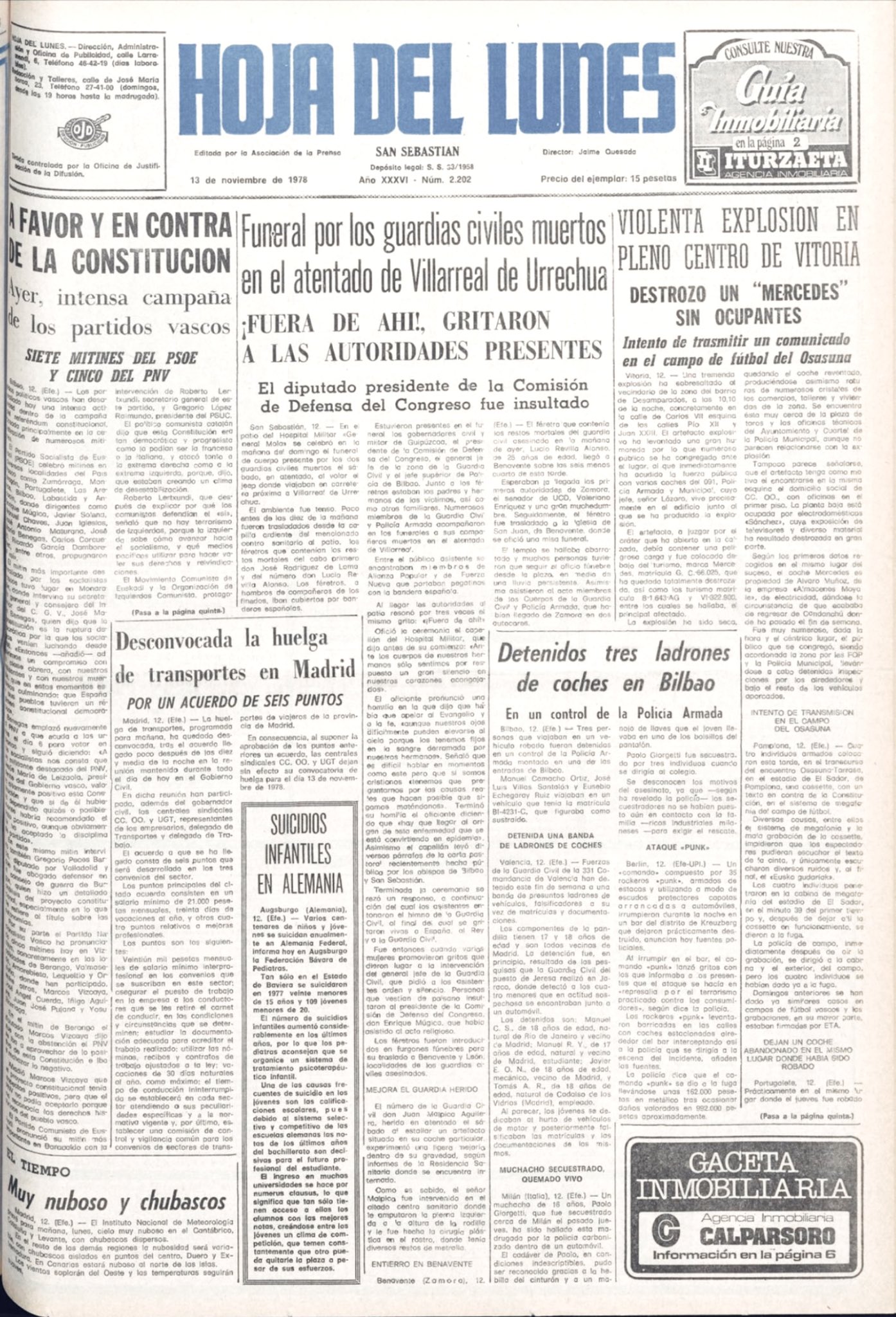