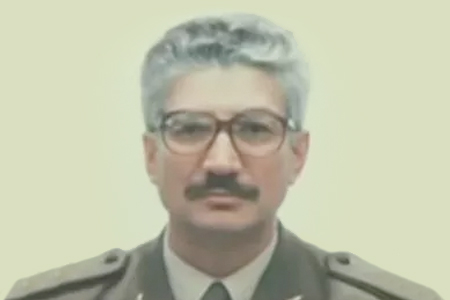 Born in: Ourense
Age: 44
Offspring: 2
Marital status: Married
Job: Army Major
Date of the attack: 22/12/1995
Place of the attack: León
Weapon: Bomb attached to the underside of the car
Killed by: ETA

On the afternoon of 22 December 1995, Artillery Major Luciano Cortizo Alonso left his home in León by car to buy Christmas presents. His daughter, Beatriz (18) was in the passenger seat. At around 1.30 pm, they stopped at a traffic light at the junction of Calle Renueva and Calle Abadía. A ‘limpet-bomb’, attached to the underside of the car, exploded. The major was killed instantly by the blast. Beatriz also caught the full impact of the blast and suffered severe injuries. The terrorist group ETA claimed responsibility for the attack.

Luciano Cortizo Alonso had joined the army two decades before and was a specialist in fire control and target acquisition systems. He was stationed at the barracks of El Ferral de Bernesga, in León. At the time of his death, he had just begun his holidays. 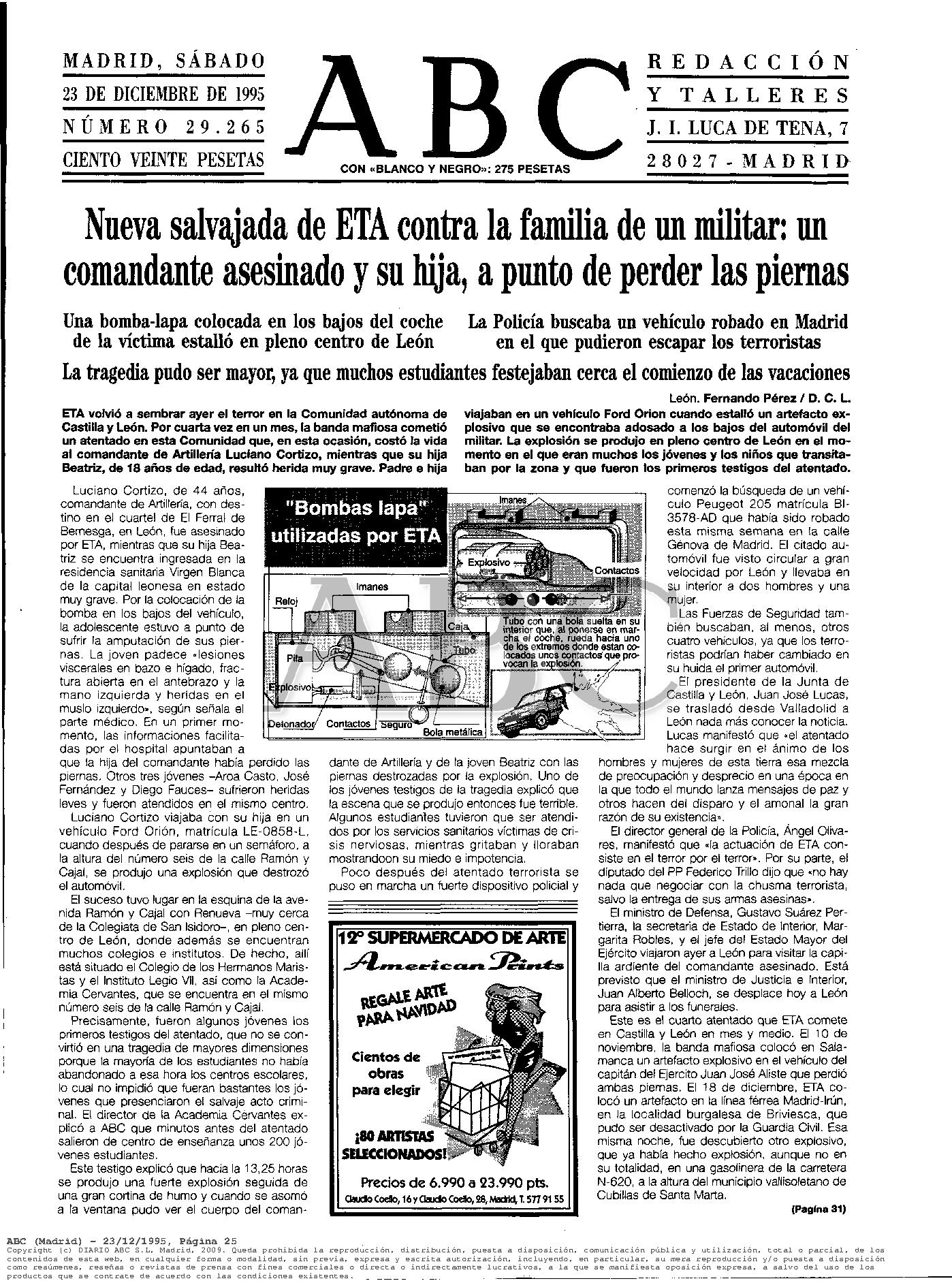 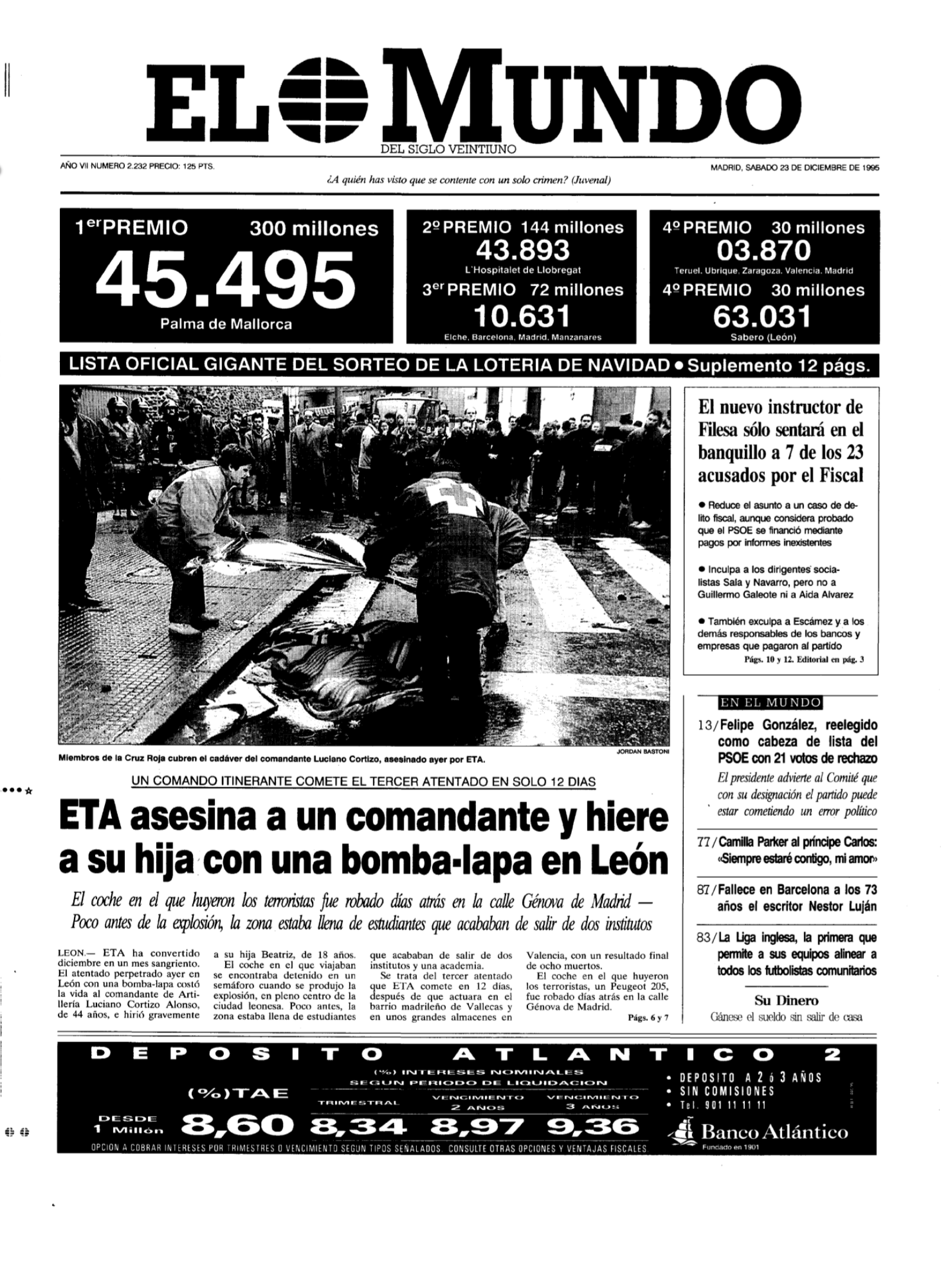 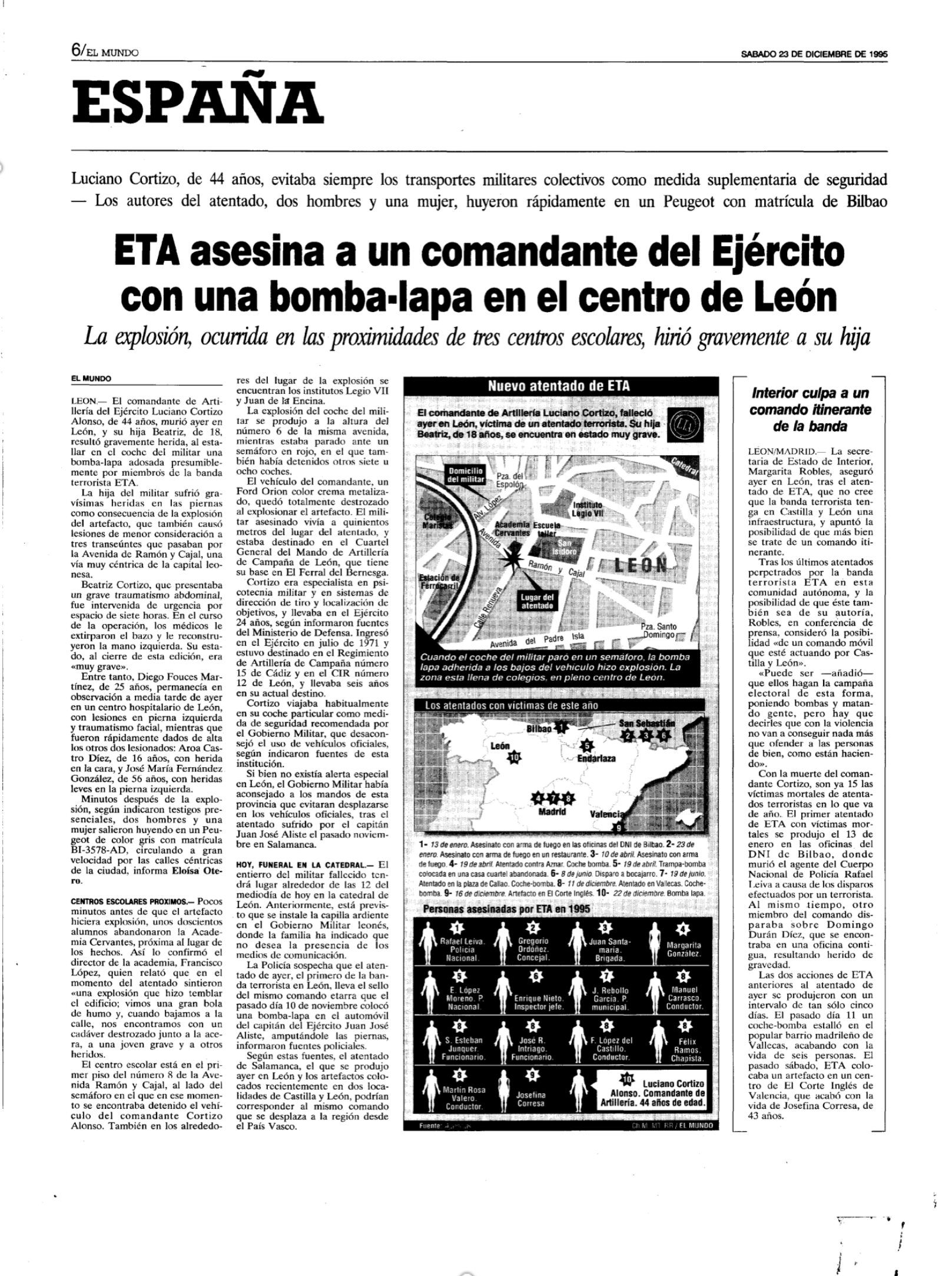