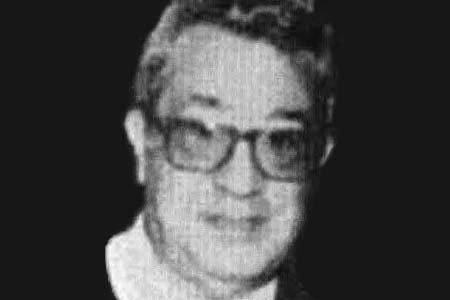 At around 3 pm, Leopoldo García Campos was on his way home to have lunch at his home in the Sants district of Barcelona when he was shot dead by ETA terrorists. A witness to the attack told the media that the colonel was walking down Calle Tenor Massini when a car drew up, double-parked, and two individuals got out and approached the victim from behind. They shot him twice, killing him instantly.

Colonel García Campos had a degree in Law. He had been stationed since 1990 at Intervention Division No. 4 of the General HQ of the Eastern-Pyrenees Military Region in Barcelona. He had previously served as an army jurist in other posts in Catalonia. 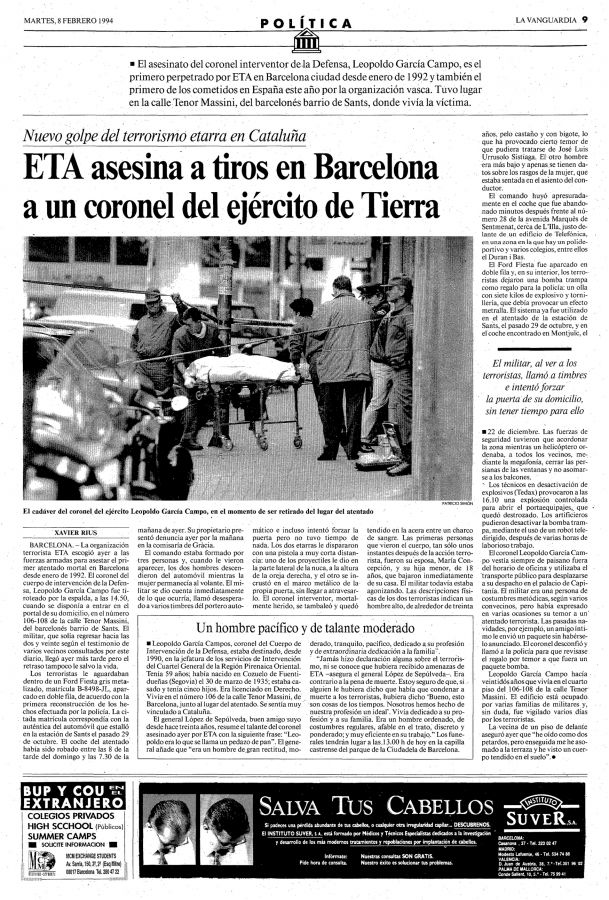 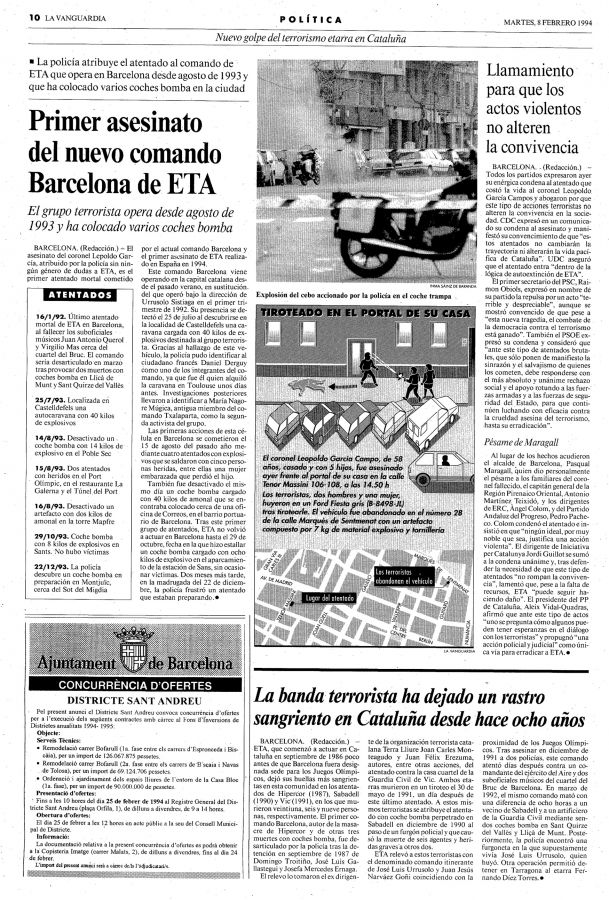 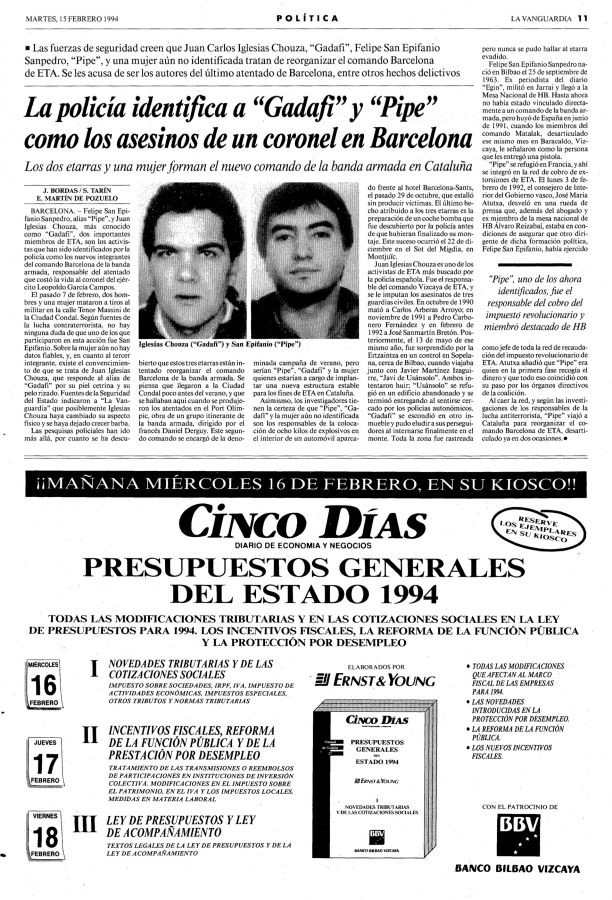