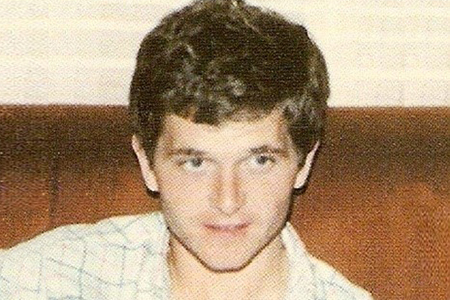 On 13 September 1979, Justo Elizarán Sarasola left his home in the town of Biarritz (France) to go to work. At around 8.15 am, he was seated in his car, about to start the engine, when a French-registered car stopped beside him, and an individual got out of and opened fire with a machine-gun. Elizarán was hit in the lung and spinal column. He was taken to hospital, but died some weeks later, on 5 October, as a result of his wounds. Four French citizens were sentenced to prison for the attack, responsibility for which was claimed by two far-right groups: Spanish National Action (Acción Nacional Española, ANE) and the Spanish Armed Groups (Grupos Armados Españoles, GAE).

Justo Elizaran, alias Periko, had been living in the French Basque Country for five years with his wife and two children, who subsequently became members of ETA. He worked as a draughtsman in the workshop of Julián Madariaga, one of the founders of ETA, in Biarritz and was believed by police to be one of the heads of ETA militar’s “Information Units”. 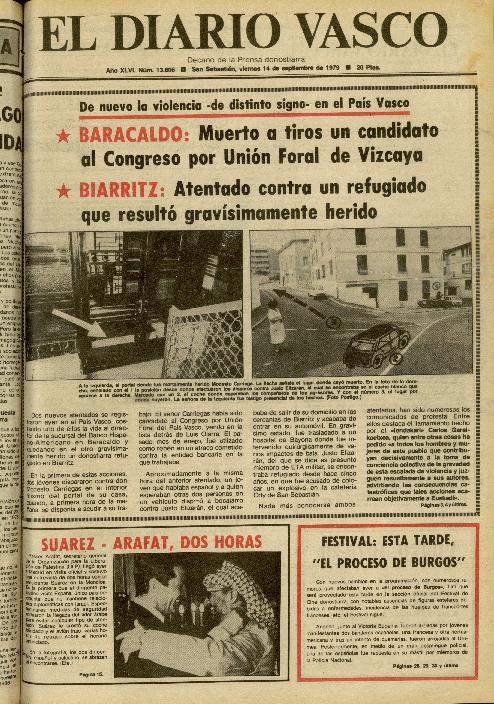 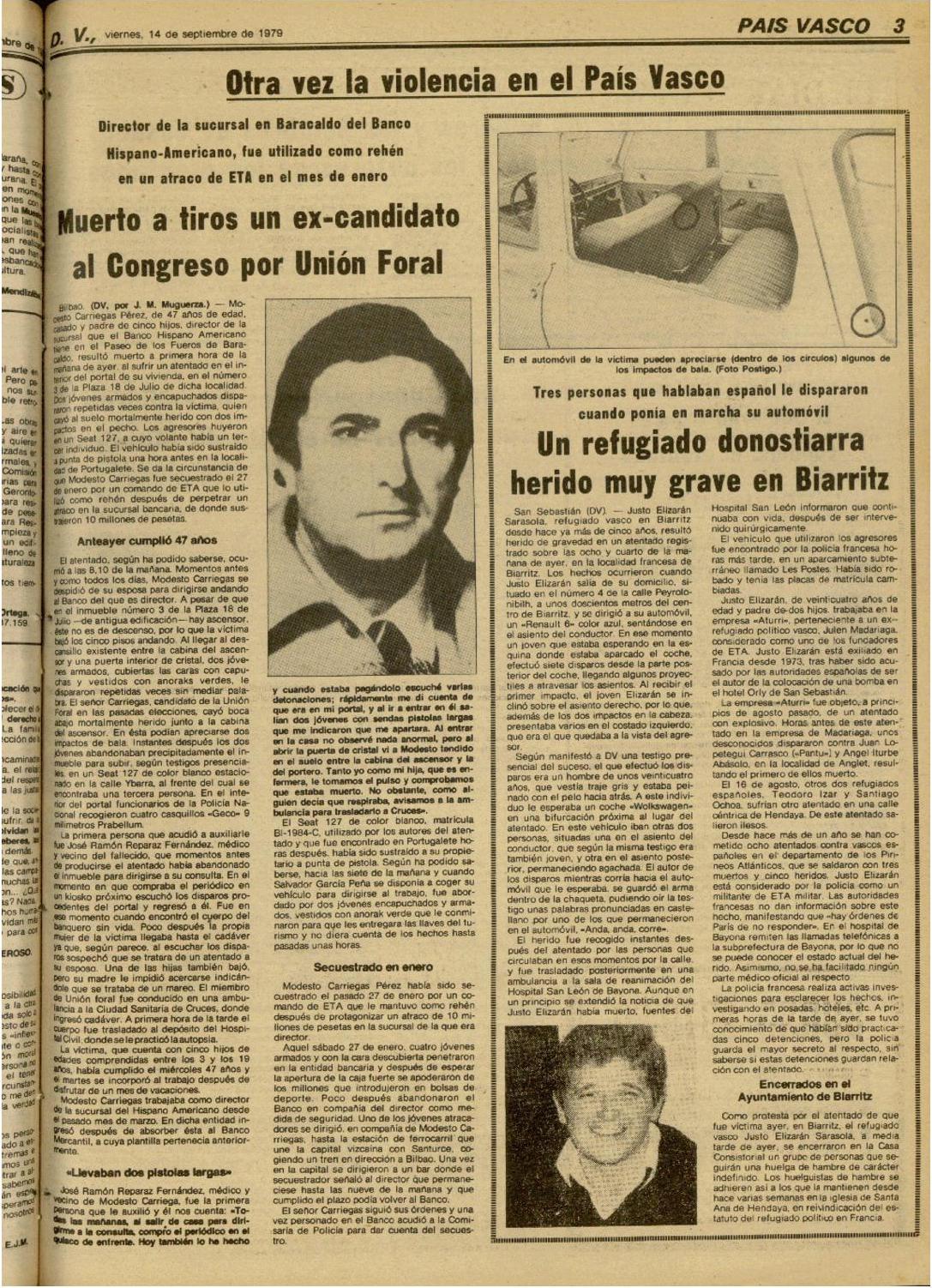 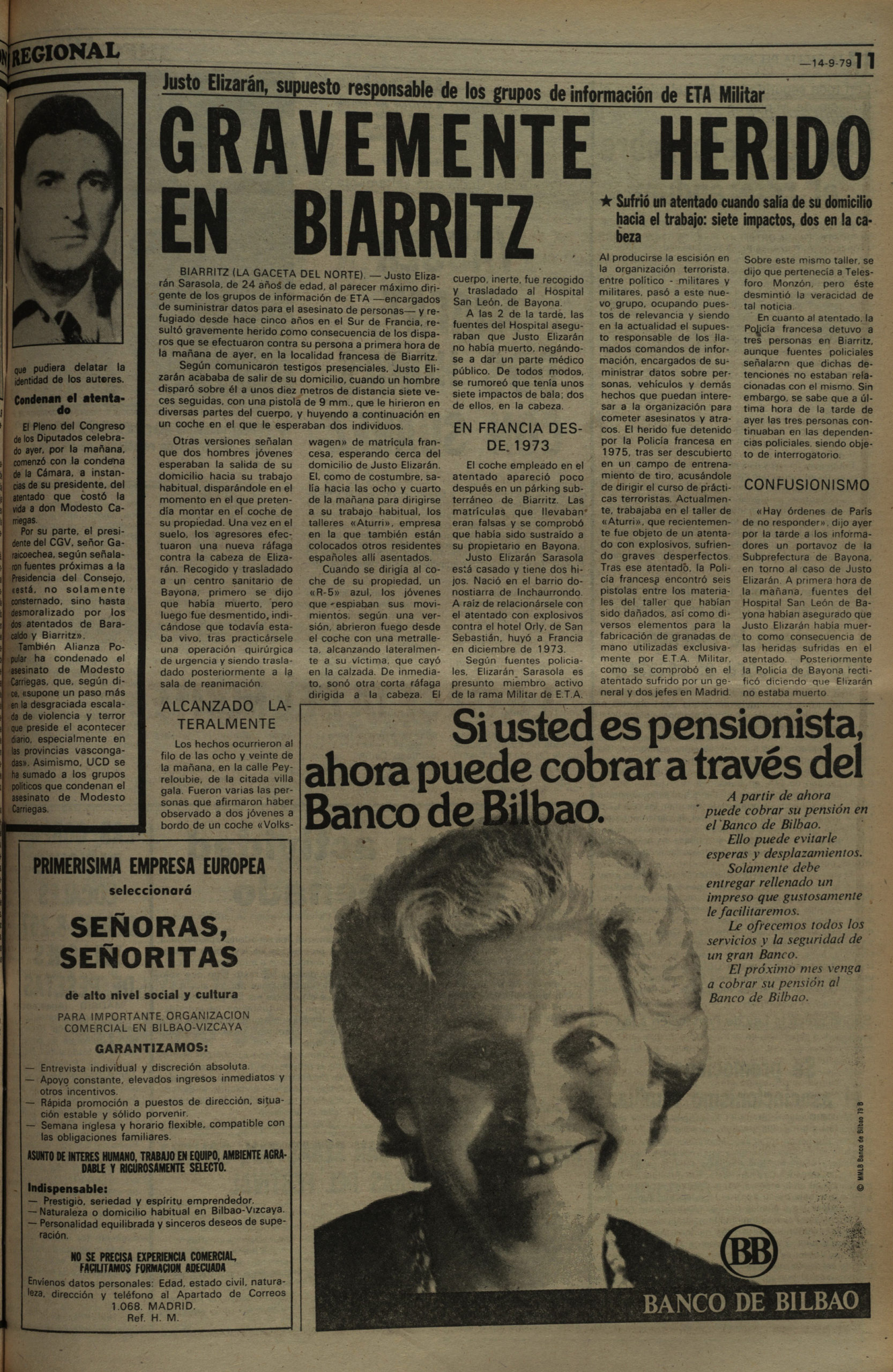 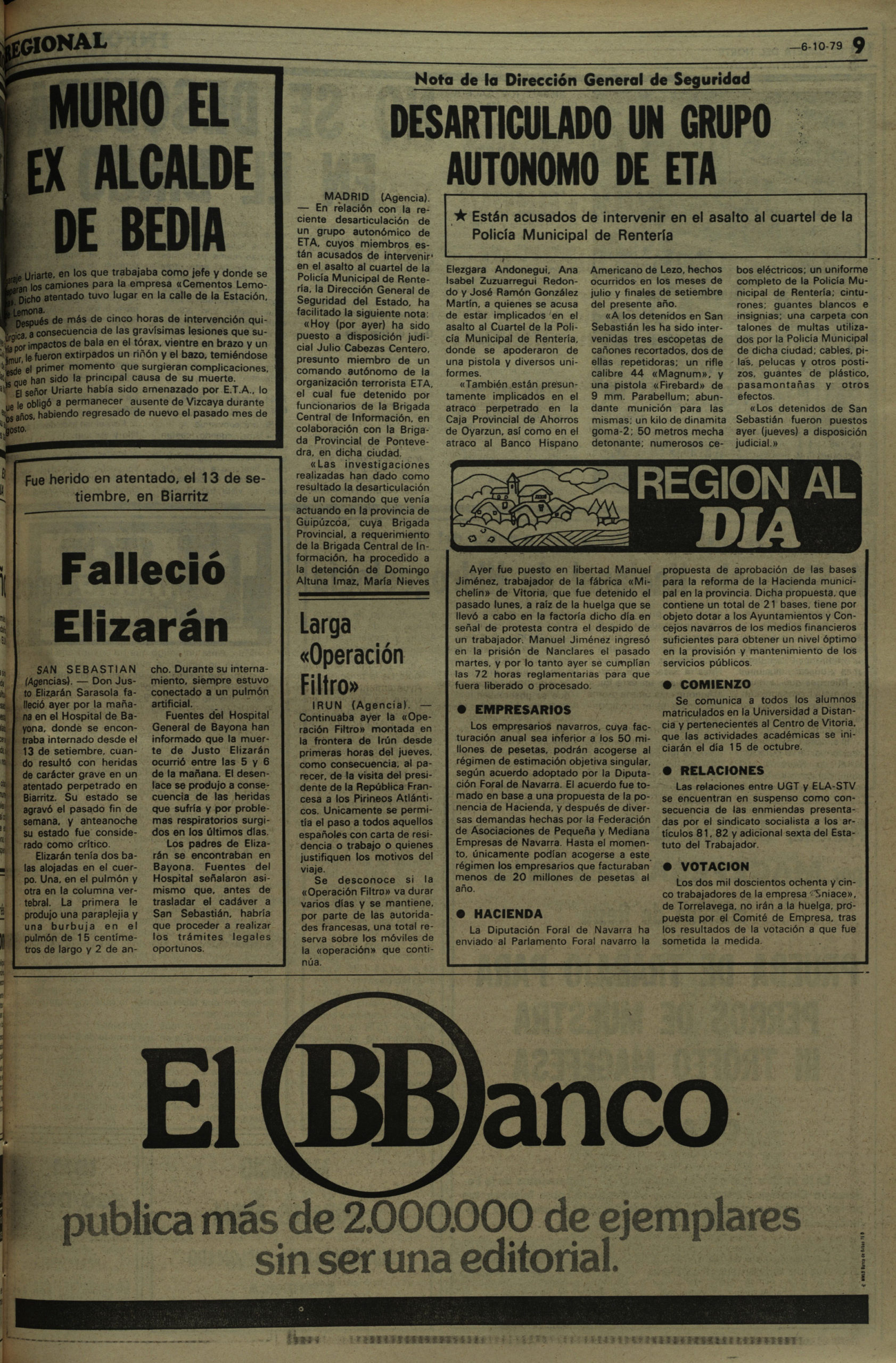