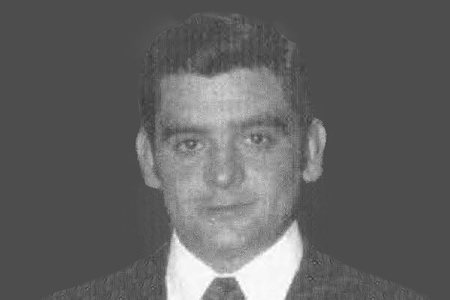 Shortly after 7:30 am, Juan Sánchez Sierro was out walking his dog as usual, when he was assaulted by his killers. He was forced into a stolen car nearby, whose owner was also being held in the vehicle.

The three terrorists told their hostages that they were ETA members and were going to carry out a robbery in Zumaya. They assured them that they had no intention of harming them. They drove to a nearby quarry, in the Aizarna district, near Zarauz, with the two men and Juan’s dog in the car. On arriving at the quarry, the ETA members told the owner of the stolen vehicle to leave.

They then shot Juan Sánchez Sierro three times at point-blank range, killing him instantly. The victim’s father, who was a schoolteacher, had had to leave the Basque Country after suffering an ETA attack seven years earlier.