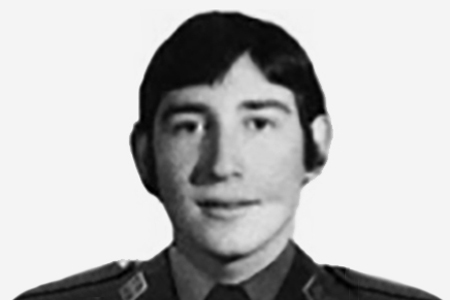 Juan Ramón Joya Lago and his colleague Francisco Vázquez Bolaños were in civilian clothes, driving along Paseo de Velate, Tolosa, in Francisco’s car. When they stopped at a red light near Plaza de Gorriti, they were machine-gunned by members of ETA from another vehicle. The car was hit by around twenty bullets, mostly in the front and side. Despite the fact that there were many people on the street at the time of the attack, none of them wanted to give a statement to police.

Ambulances from DYA and the Red Cross came to the assistance of the two officers and transferred them to the Asunción Clinic in Tolosa, where Juan Ramón Joya Lago was pronounced dead. Due to the severity of his injuries, his colleague was unable to go back to work.