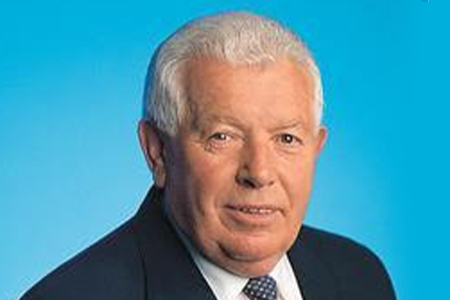 Socialist councillor and mayor Juan Priede Pérez was shot and killed by ETA in a bar where he had gone after sending his bodyguards home. The two terrorists shot him at least three times in the head, killing him instantly. The two made their getaway in a vehicle in which an accomplice was waiting.

The attack had been planned in advance and the terrorists had staked out the scene, gathering information on Priede’s schedule, movements and habits. Juan Priede was the only socialist council member in Orio. 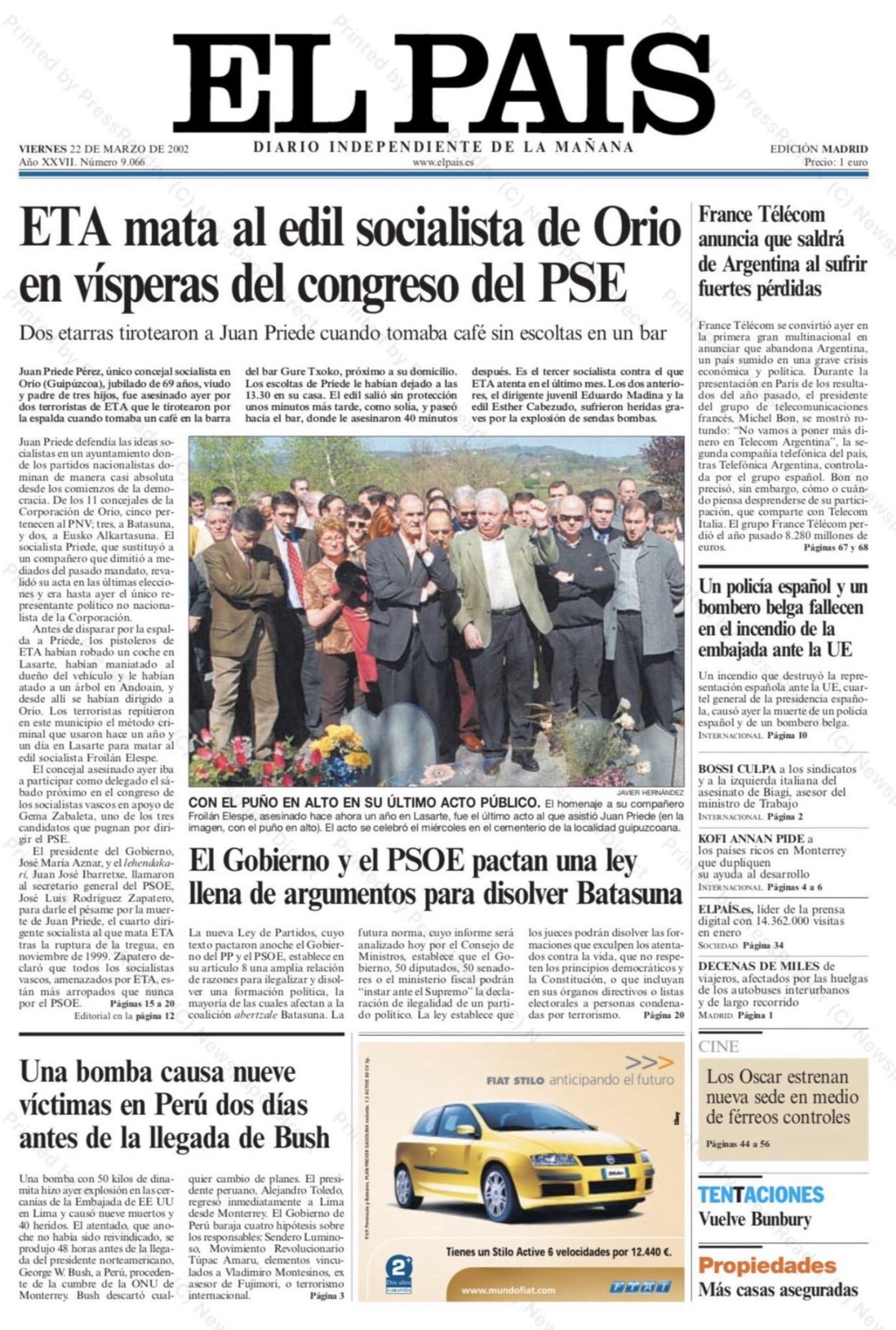 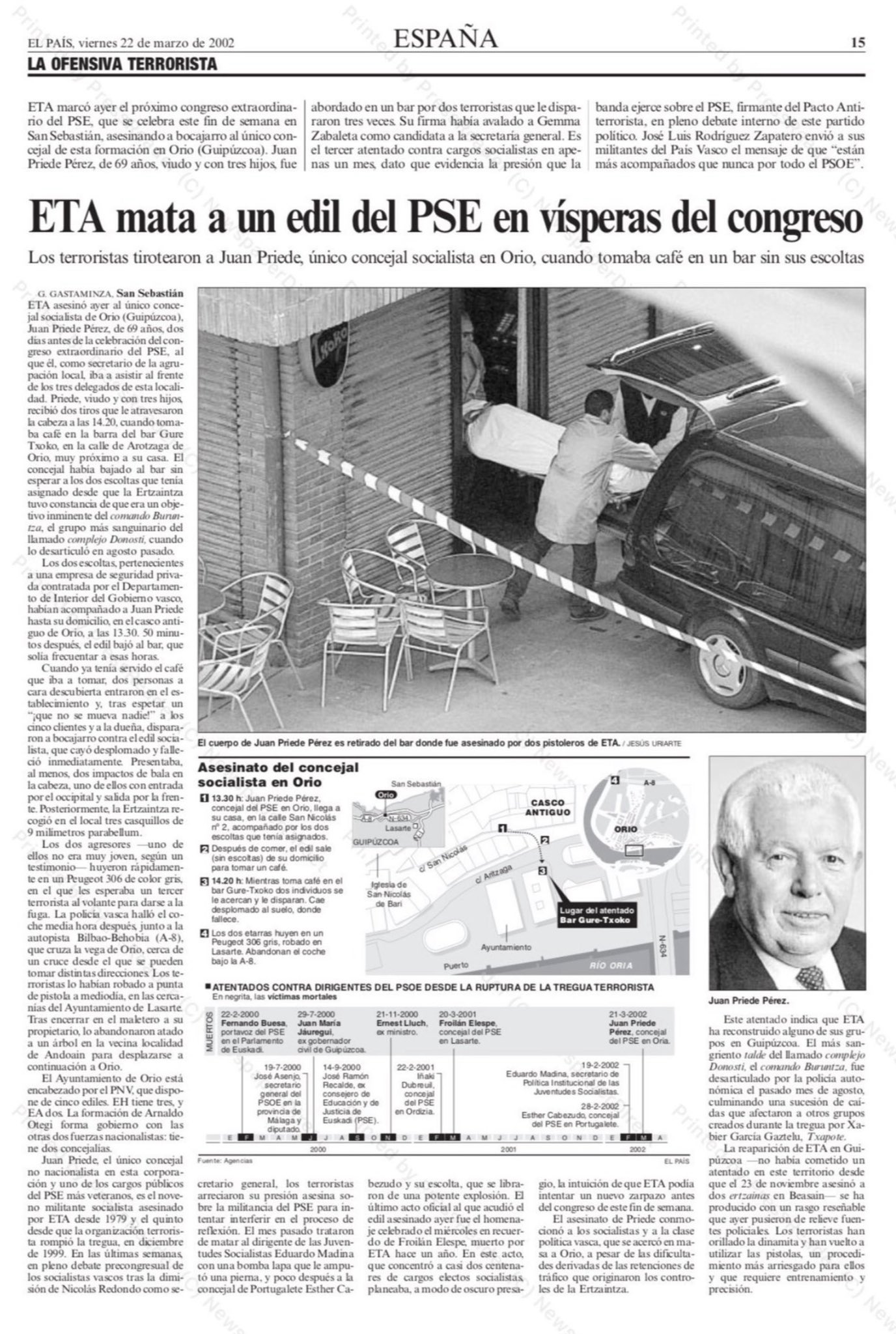 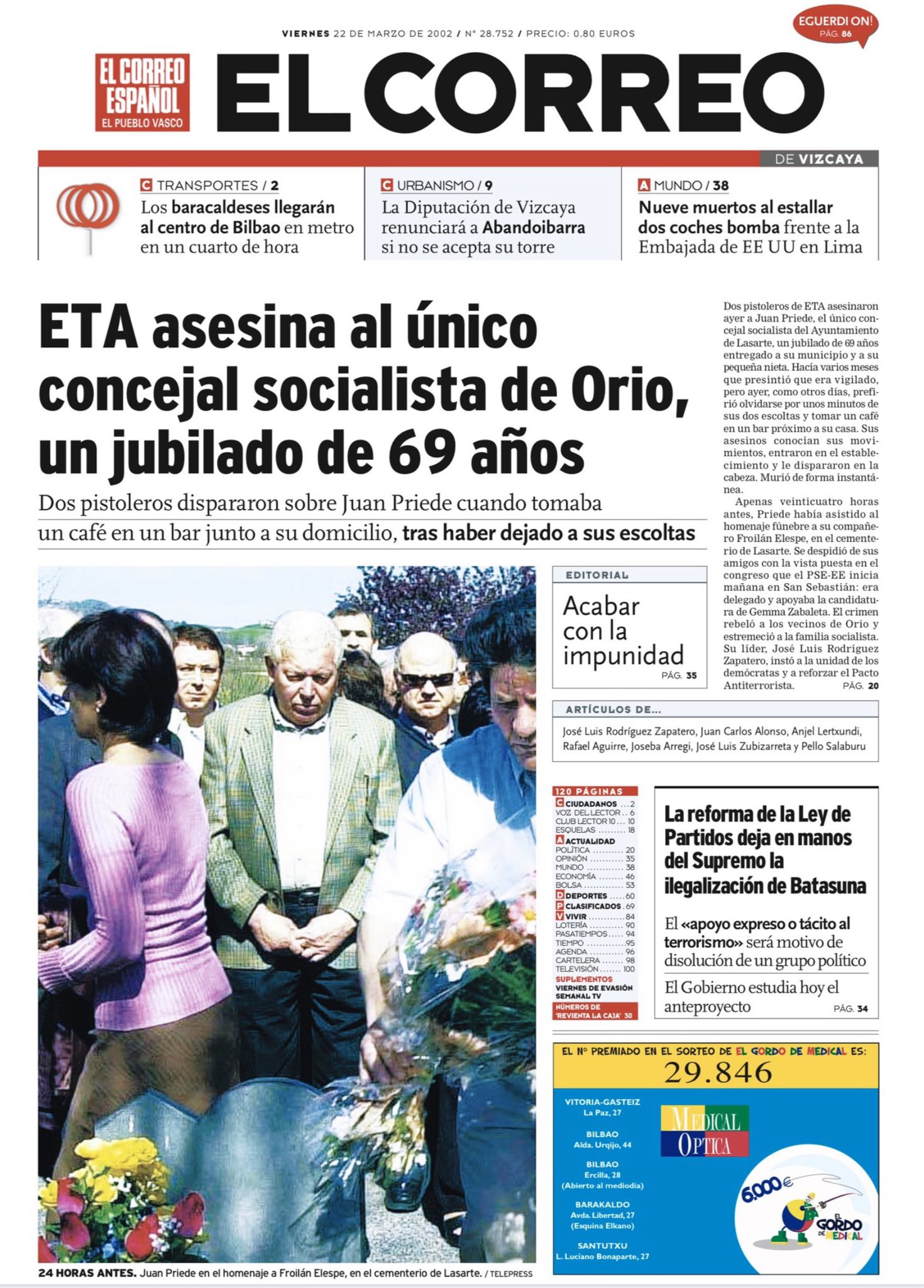 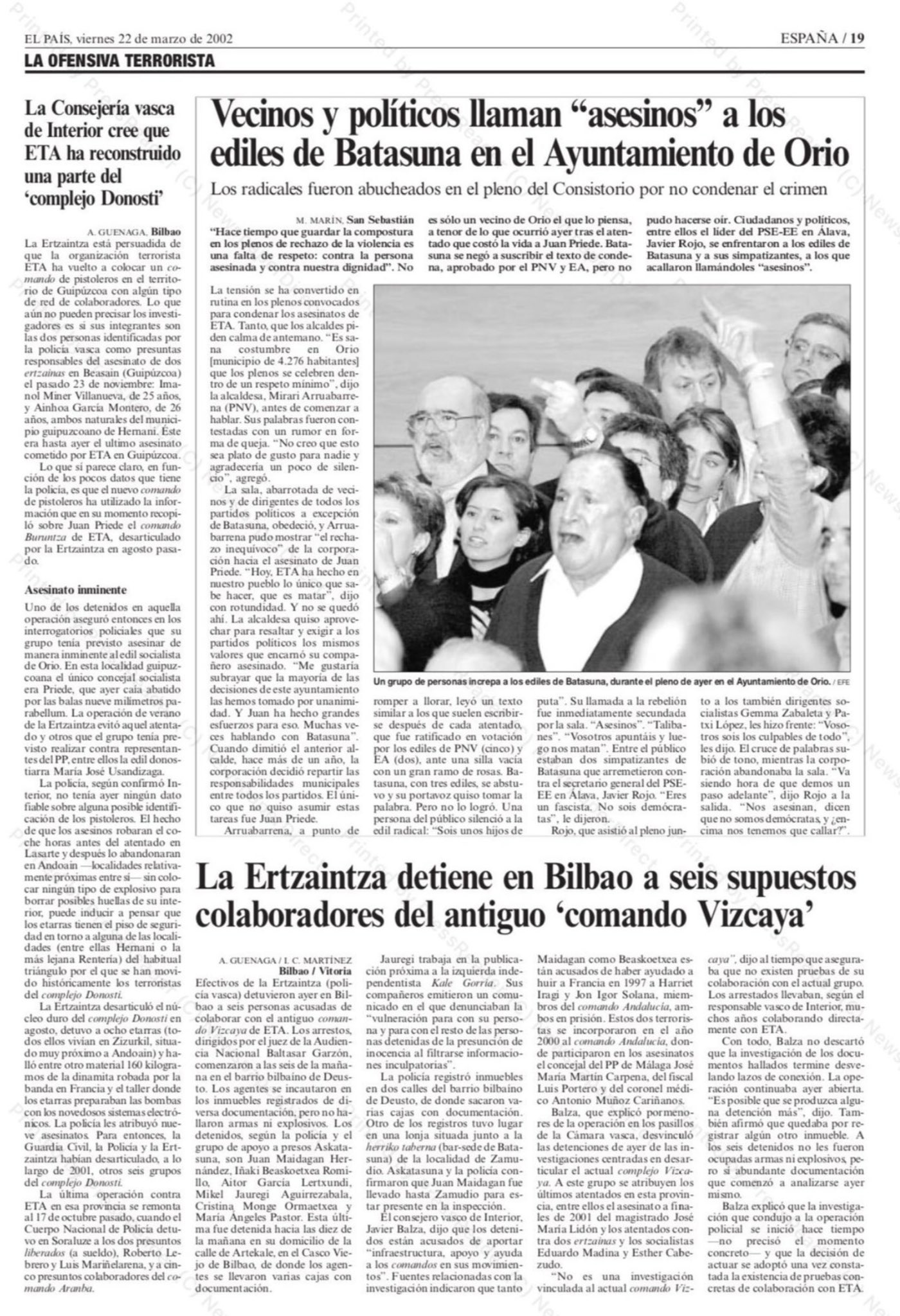