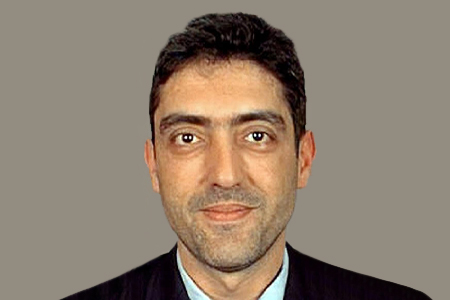 Early on the morning of 20 December 2000, Juan Miguel Gervilla Valladolid, an officer with the Barcelona Municipal Police, was directing traffic at the junction of Calle Numancia and Avenida Diagonal when he went to the aid of two men whose car had apparently broken down on the side of Avenida Diagonal. The car was locked, they had no key and the only way of starting it was to use a screwdriver. When the officer expressed surprise, ETA terrorist Fernando García Jodrá tried to pull out a gun. The terrorist and the policeman struggled and the two men fell to the ground. At that moment, another ETA member, José Ignacio Krutxaga approached and shot Gervilla in the head. García Jodrá then stood up, took out his gun and cold-bloodedly shot him a second time, killing him instantly.

The car had been stolen by ETA members a few days earlier. They had planted a bomb in the vehicle in an attempt to kill journalist Luis del Olmo, who lived just a few metres from where the car had stopped. It was the Barcelona unit’s sixth failed attempt to assassinate Del Olmo in six months. 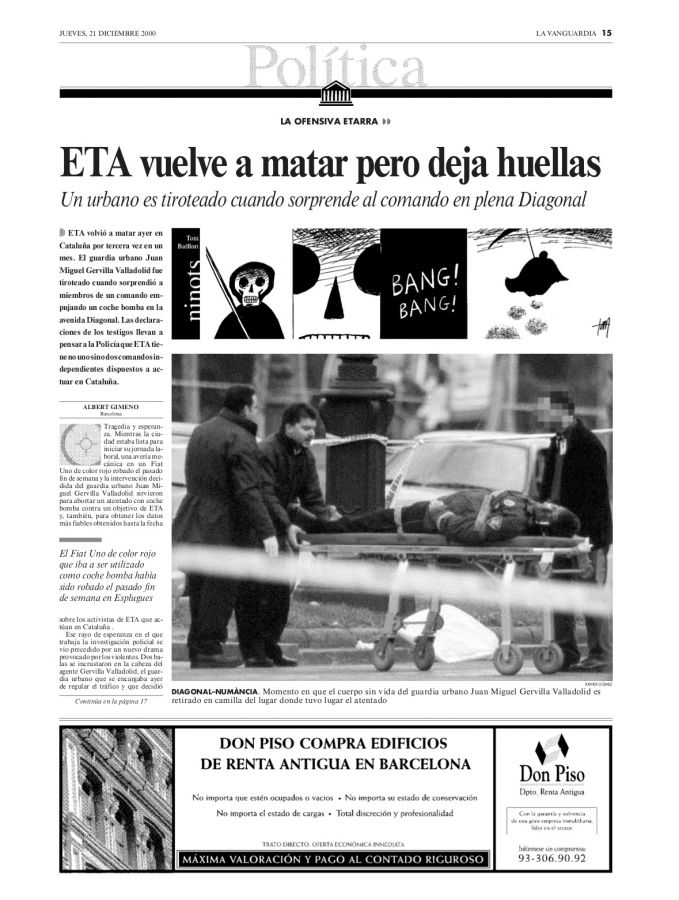 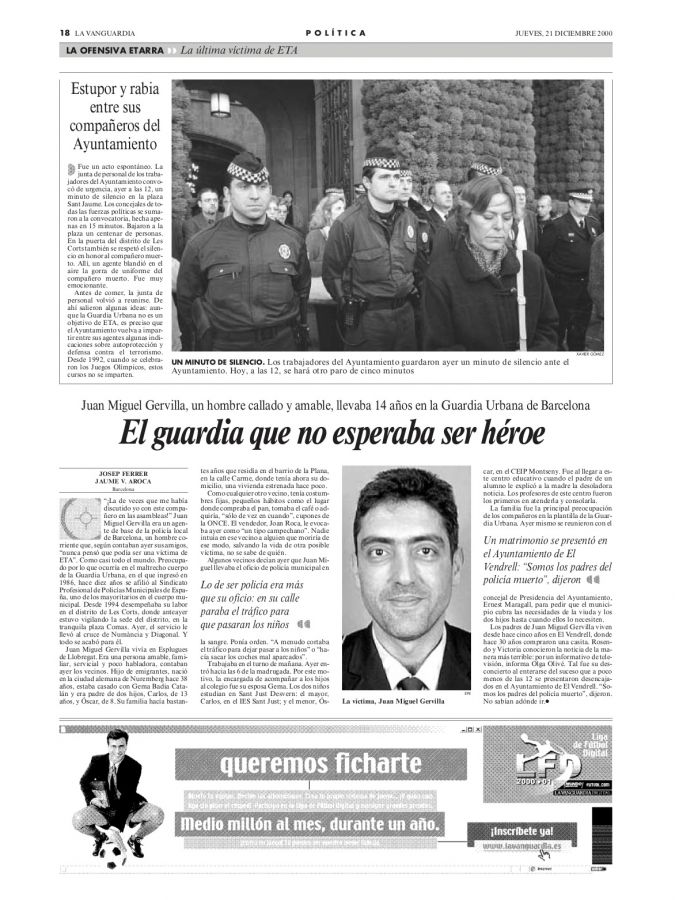 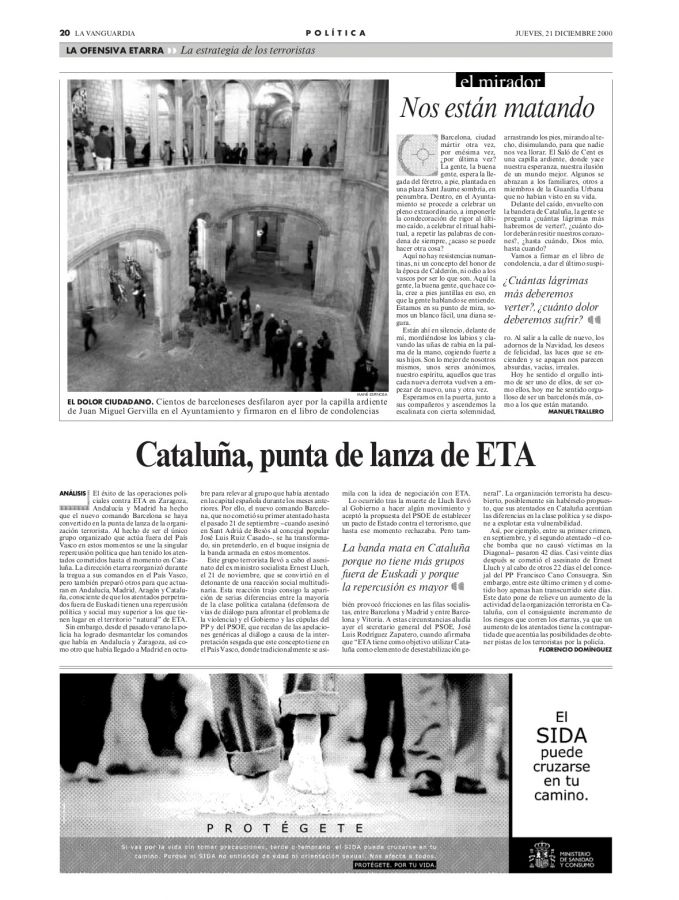 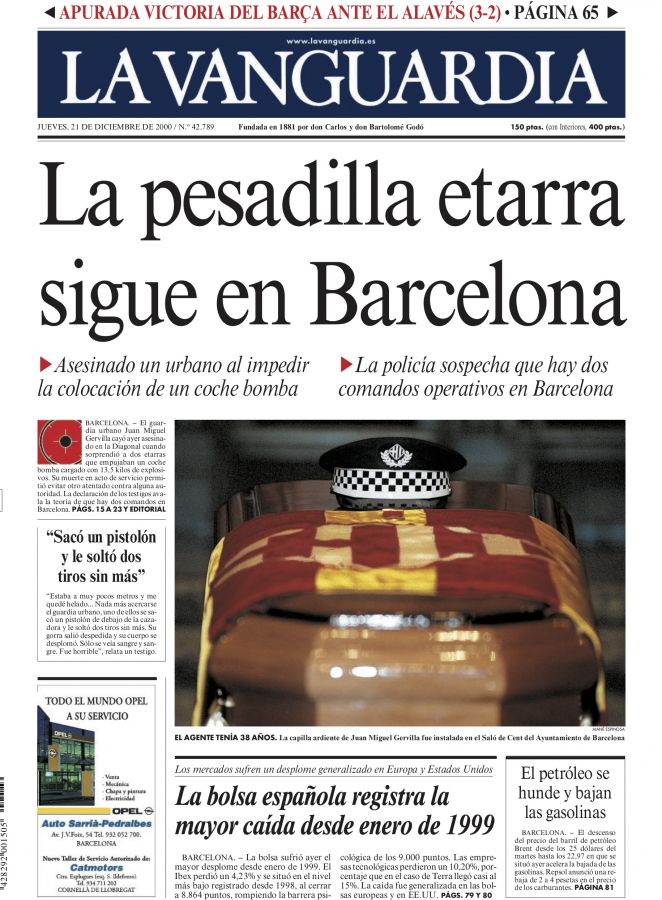 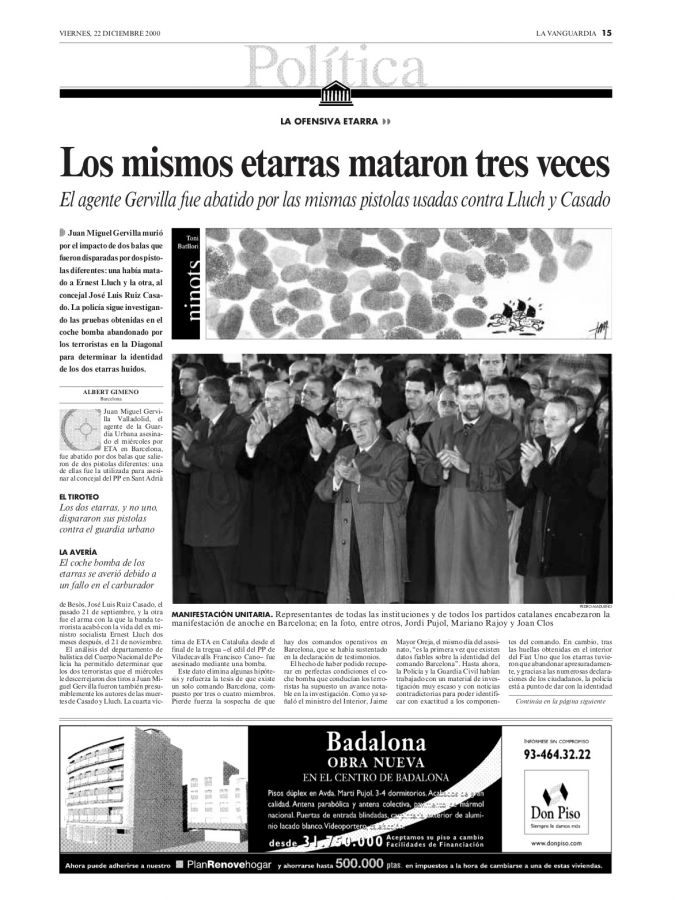 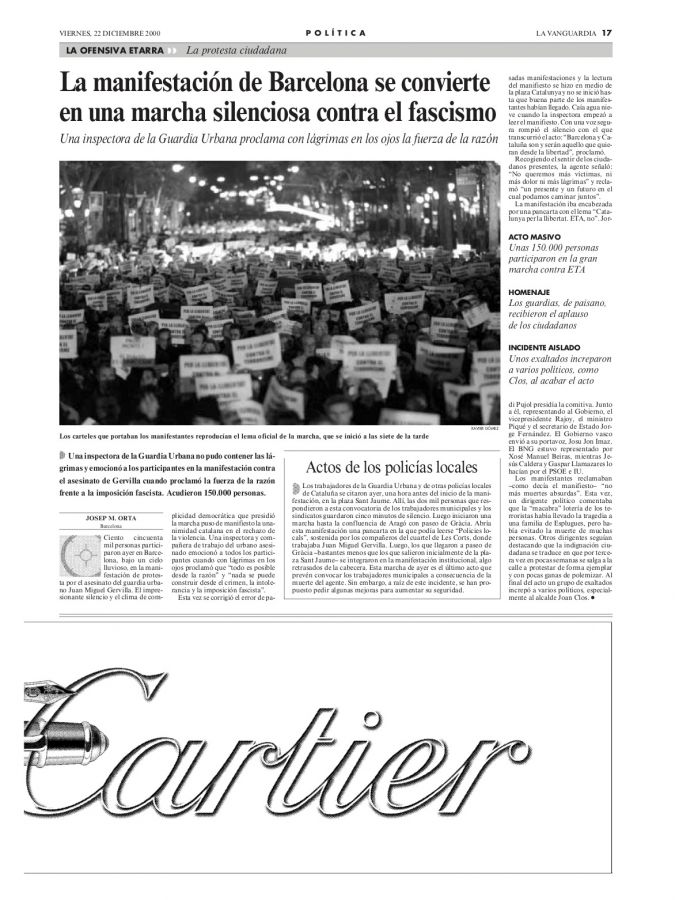