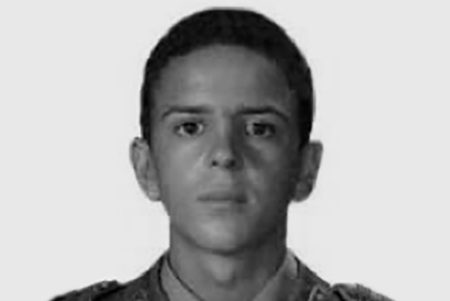 Two terrorists wearing red neck scarves, typical of the San Fermín fiestas in Pamplona, approached the police car pretending to be among the thousands of young people who were heading back from Pamplona to towns and cities in the Basque Country. When they reached the vehicle, they both started firing simultaneously through the side windows of the car, killing the civil guards instantly. 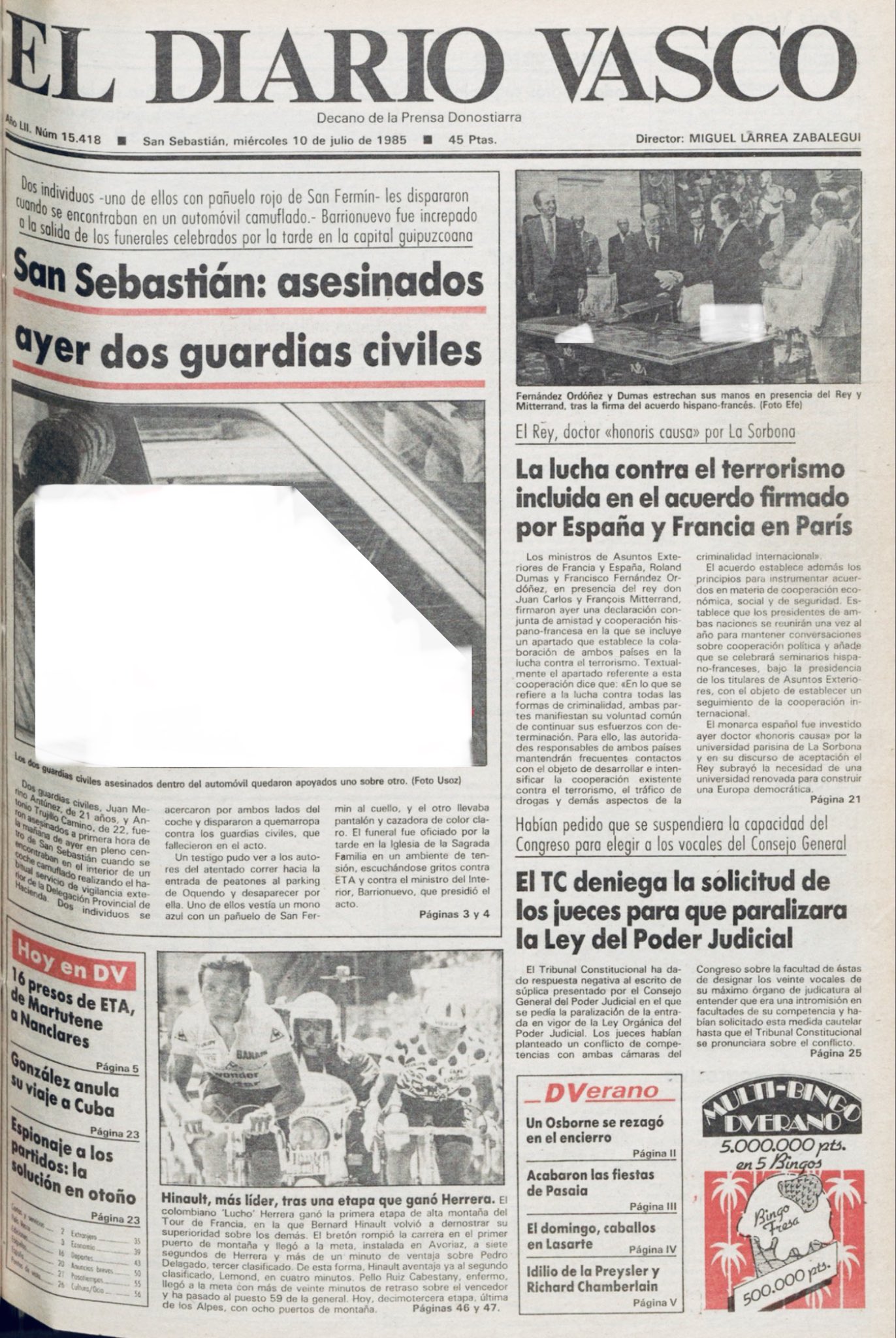 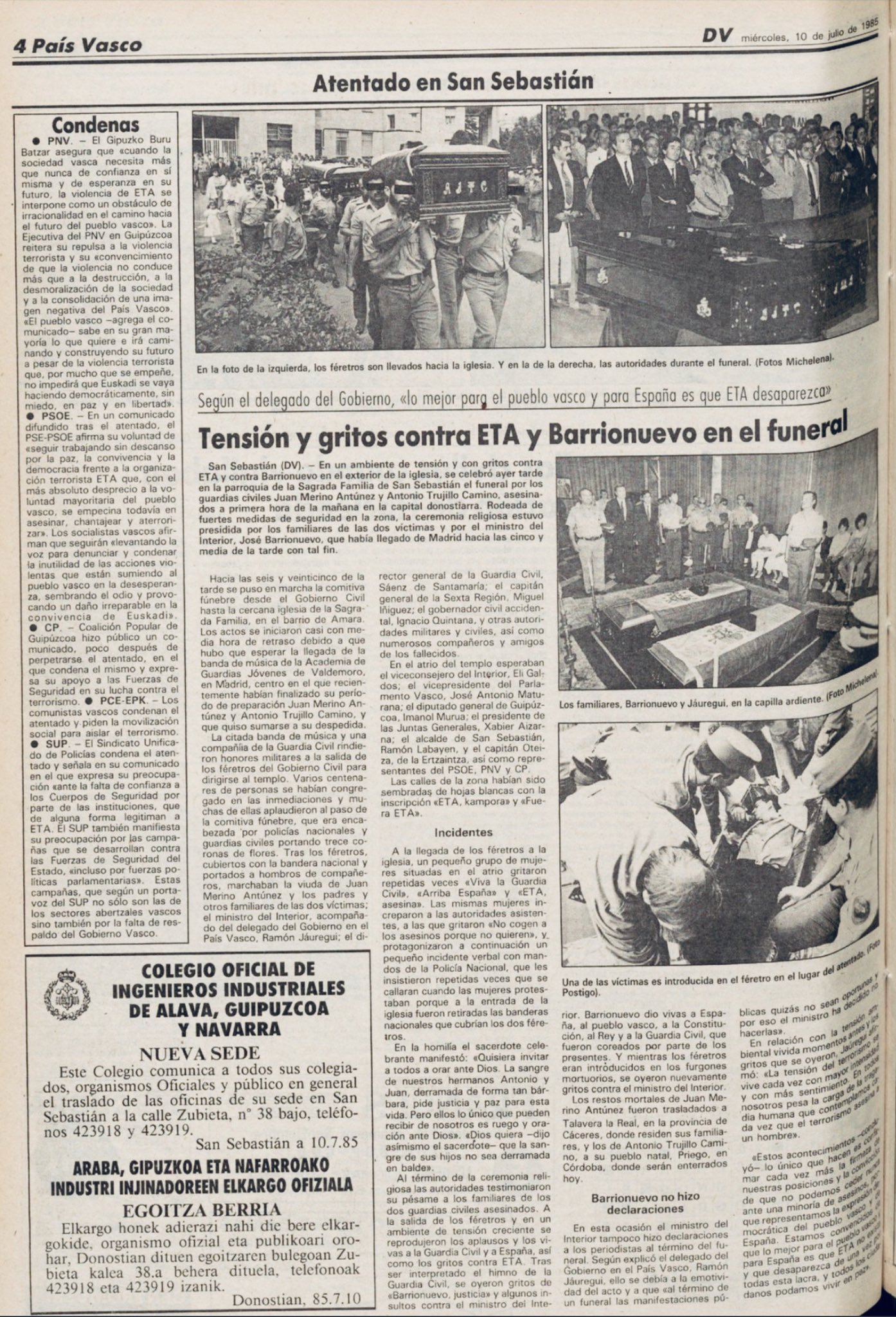 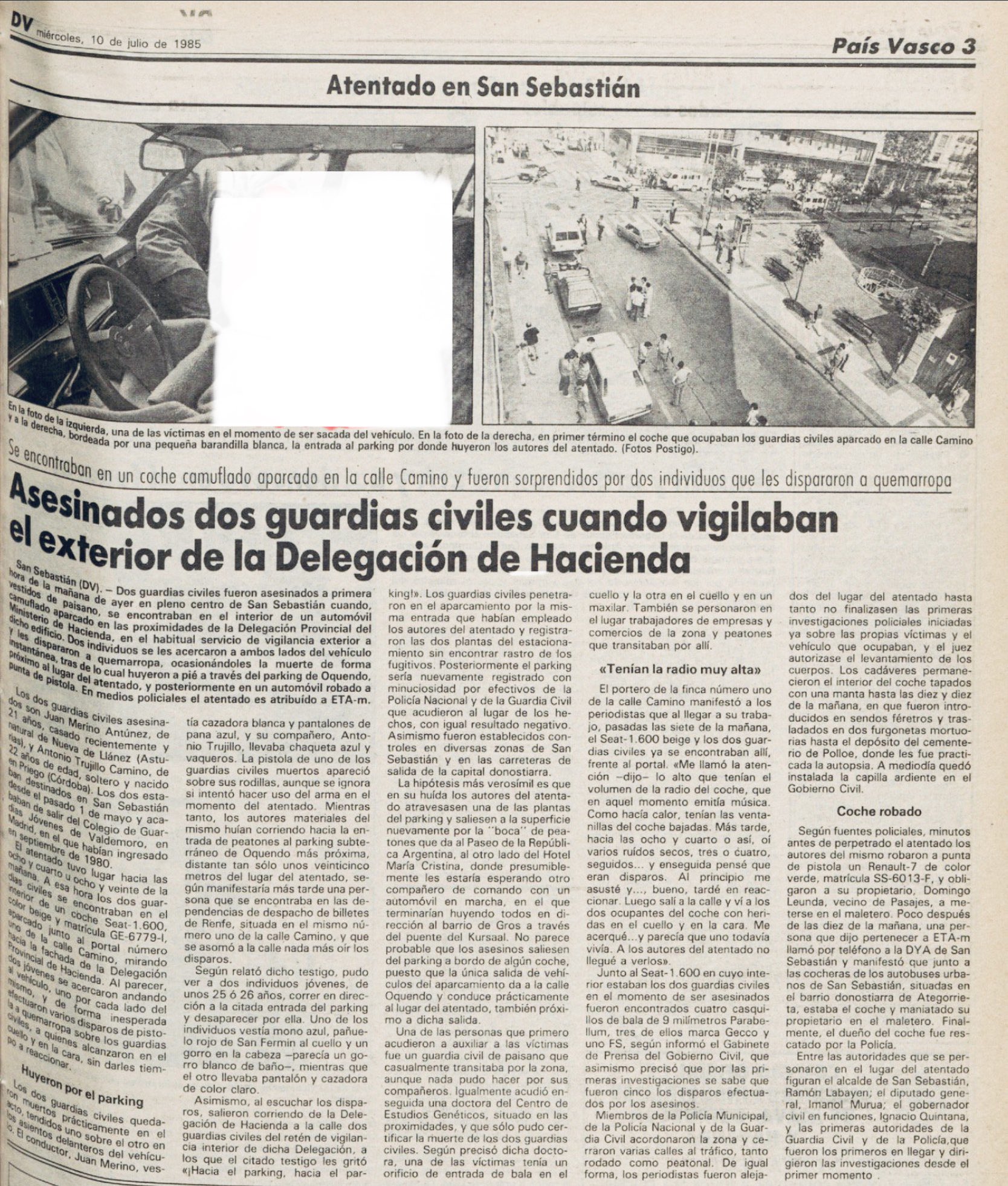