Born in: Catalunya
Age: 63
Offspring: 1
Marital status: Married
Job: Retiree from Telefónica
Date of the attack: 13/02/1999
Place of the attack: Salou
Weapon: Others explosives
Killed by: Other

Juan Manuel Sarmiento Somoza had retired from Telefonica, but had previously worked in a mining company. According to the Civil Guard, he had some expertise with explosives. On 13 February 1999 he was holidaying at the beach in Salou with his wife and daughter when he spotted an explosive device made of chlorinated gunpowder. He tried unsuccessfully to defuse the bomb but it went off, killing him.

The Civil Guard linked the explosion to three anonymous letters that had been sent the week before to the tourist boards of Salou and Cambrils, demanding payment of one hundred million pesetas and threatening to set off bombs on cliffs in the two towns if their demands were not met. 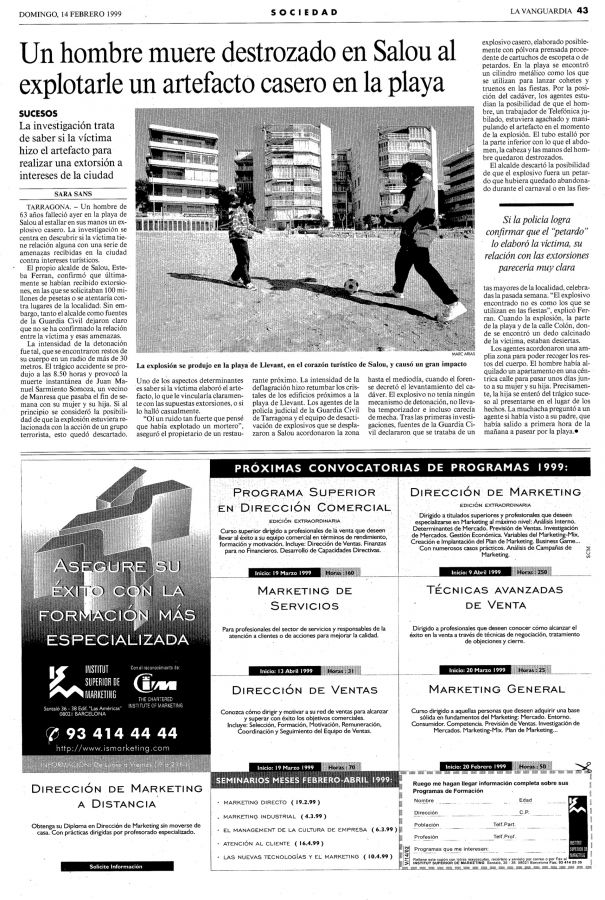 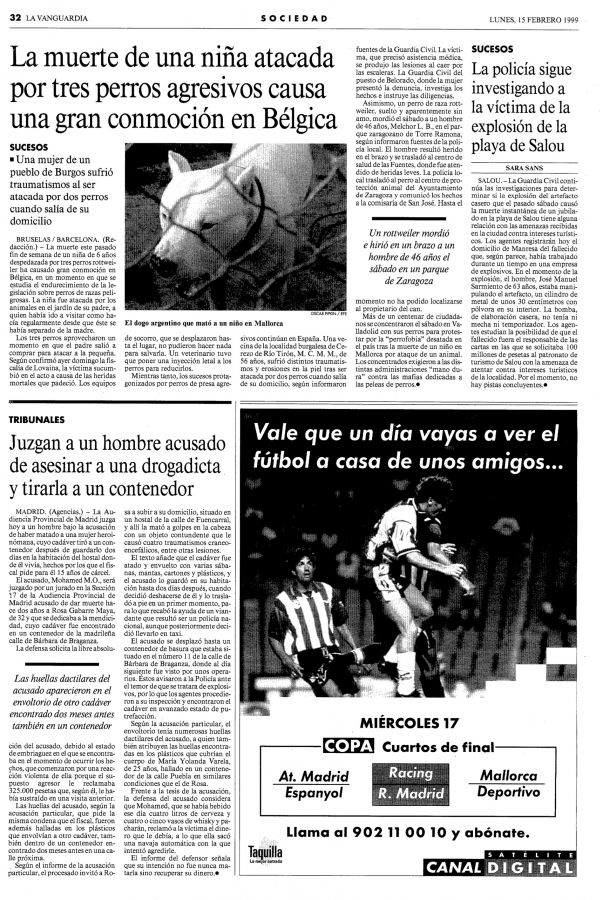 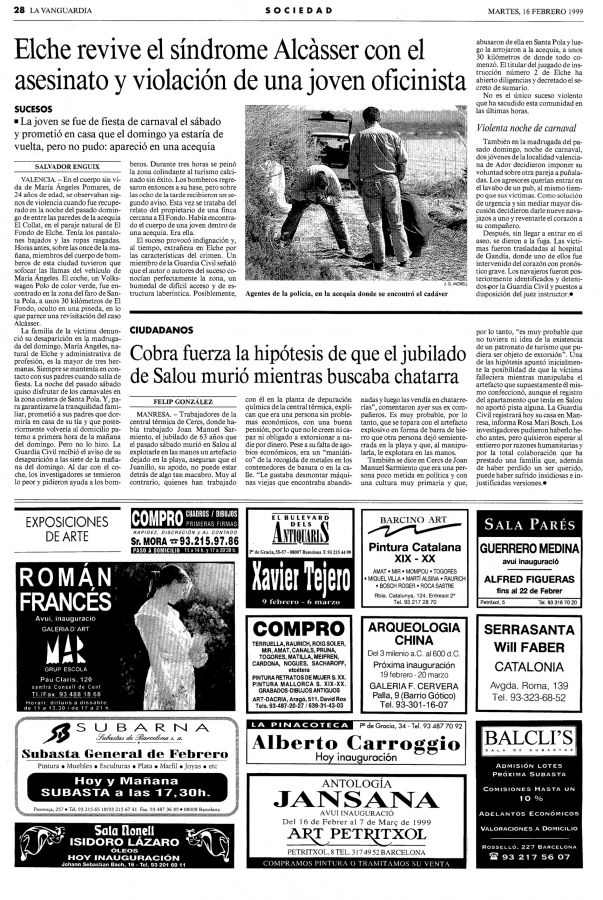 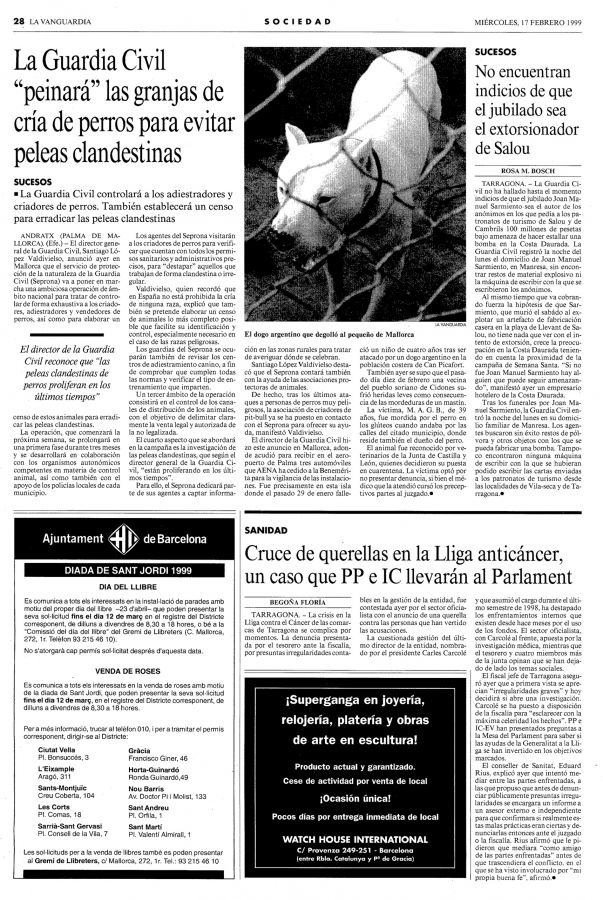 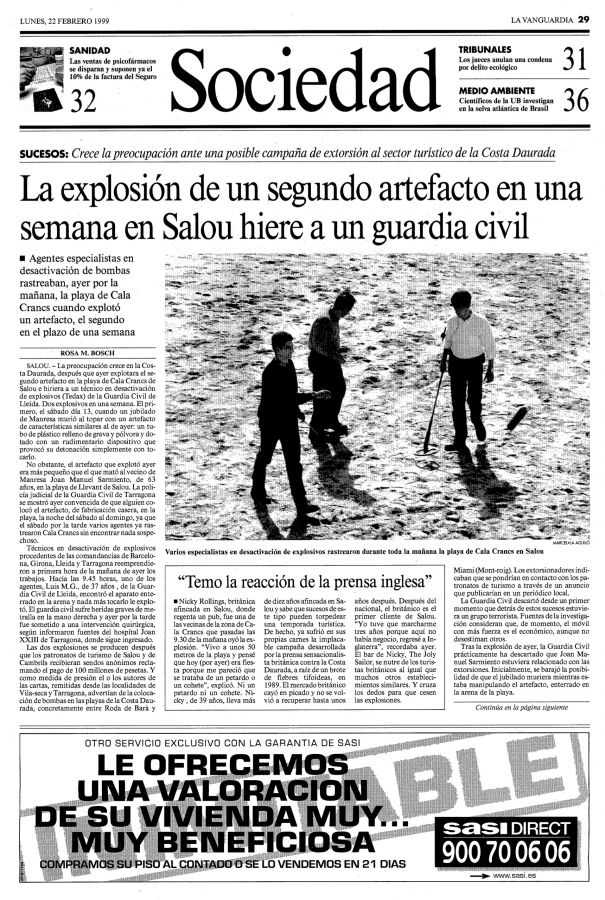 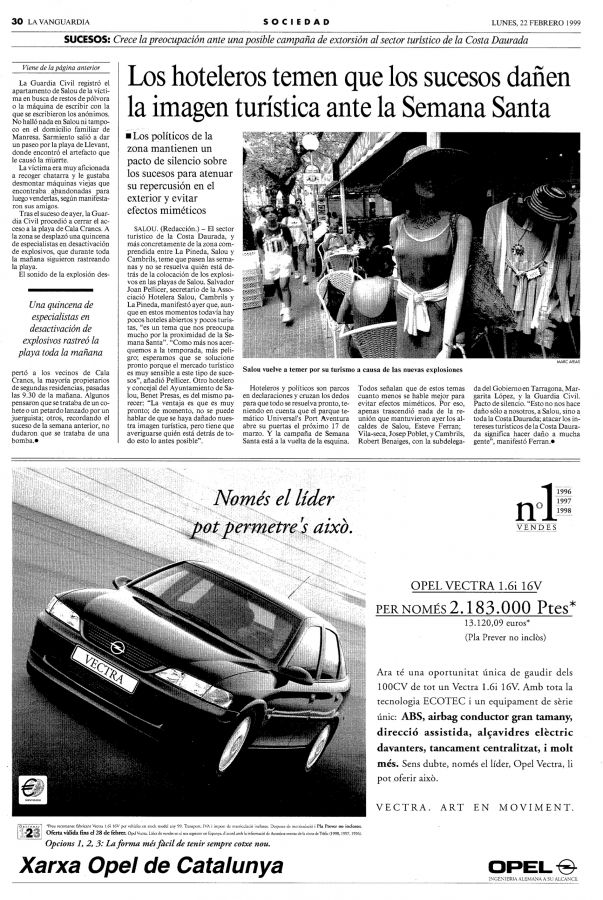