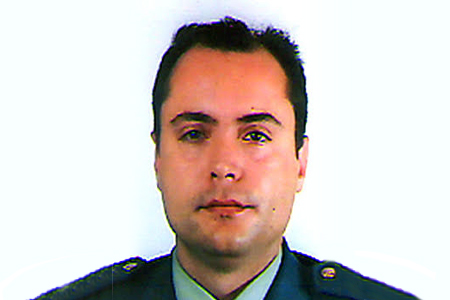 Juan Manuel Piñuel Villalón was on sentry duty at the Civil Guard barracks. At around 3 am he saw several individuals leave a van about ten metres from the barracks, very close to the security perimeter. He had no time to react, however, because the terrorists had primed the bomb to explode almost immediately, before the scene could be cleared.

The van, which contained 100 kilos of explosives, blew up just as the guard was giving the warning. ETAis intention was to perpetrate a massacre on the scale of those it had previously committed in other barracks. The terrorist who parked the van, his face covered with a balaclava, activated the timer and then ran to another car in which he got away. The victim was killed as he was warning his colleagues about a suspicious car. The explosion also destroyed one of the floors of the building and caused damage to nearby houses.