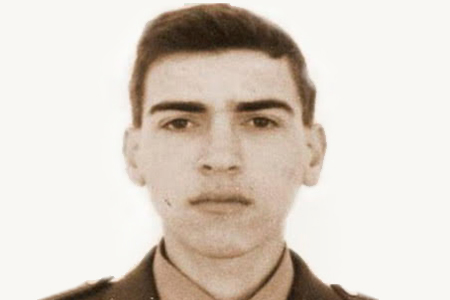 Juan Manuel Martínez Gil and his colleague José Manuel Fernández Lozano had gone to a hypermarket to do some shopping. They were dressed in civilian clothes. They had just got into José Manuel’s vehicle, when an ETA terrorist approached the car and fired nine shots, hitting them in the head and neck. The gunman fled in a van with a second terrorist who had been waiting for him.

Fernández Lozano was shot three times in the head and died instantly, while Martínez Gil, who was hit in the throat, was taken to the de Nuestra Señora de Aránzazu Hospital in San Sebastián in a very serious condition. He died shortly afterwards. The two civil guards lived in the Inchaurrondo barracks in San Sebastián and had been stationed in the Basque Country for less than a year.