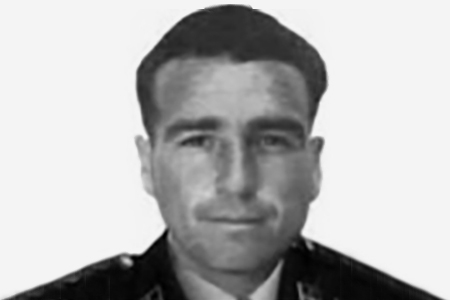 Juan Manuel García Mencía, a civil guard, and his colleague, Manuel López Fernández, were performing regular inspection work at the border in Irún railway station. They were standing ten meters apart on the platform. The station was very crowded at the time, as many travellers had just alighted from a French train.

Suddenly between two and four young men (eyewitness accounts differ), some wearing military fatigues, emerged from one of the underpasses between the platforms and opened fire from the mouth of the tunnel with two submachine guns. Juan Manuel, who was closest to the attackers, was shot three times in the head and died instantly.

Manuel López Fernández fell between the platform and the train track, with three bullet wounds to the chest. He was treated at the Nuestra Señora de Aránzazu hospital in San Sebastián, but also died.

The attackers managed to get away amongst the crowds of people at the station.