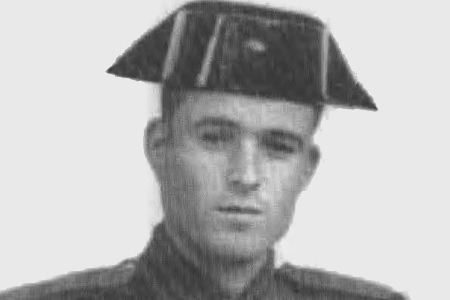 Juan Maldonado Moreno had parked his red Renault 8 in a small square used as a car park at one end of the village, close to his home. Just as the civil guard, who was dressed in civilian clothes, switched on the ignition, a powerful explosion went off. His body was blown in two by the blast. Several vehicles in the vicinity were also destroyed. 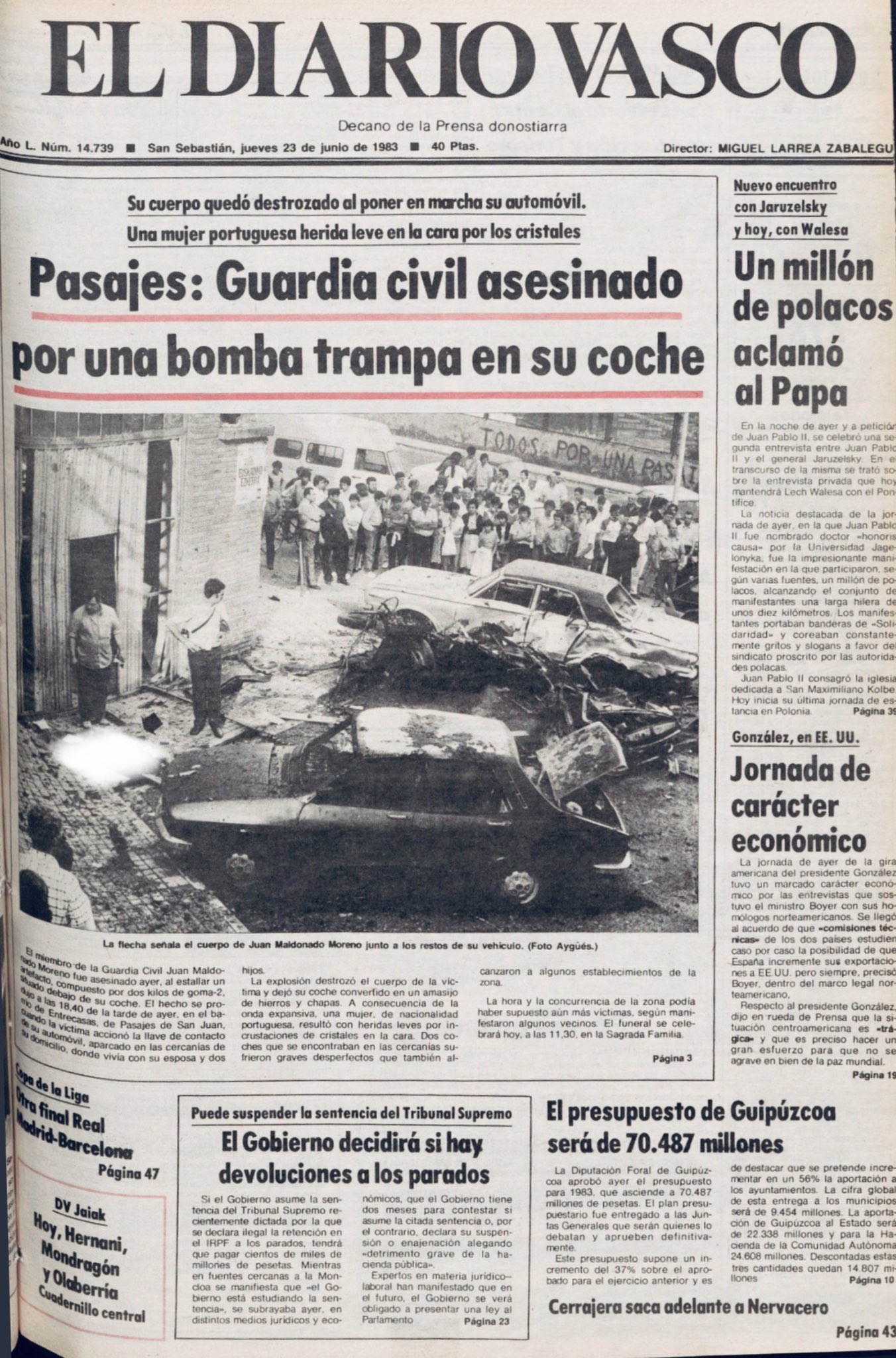 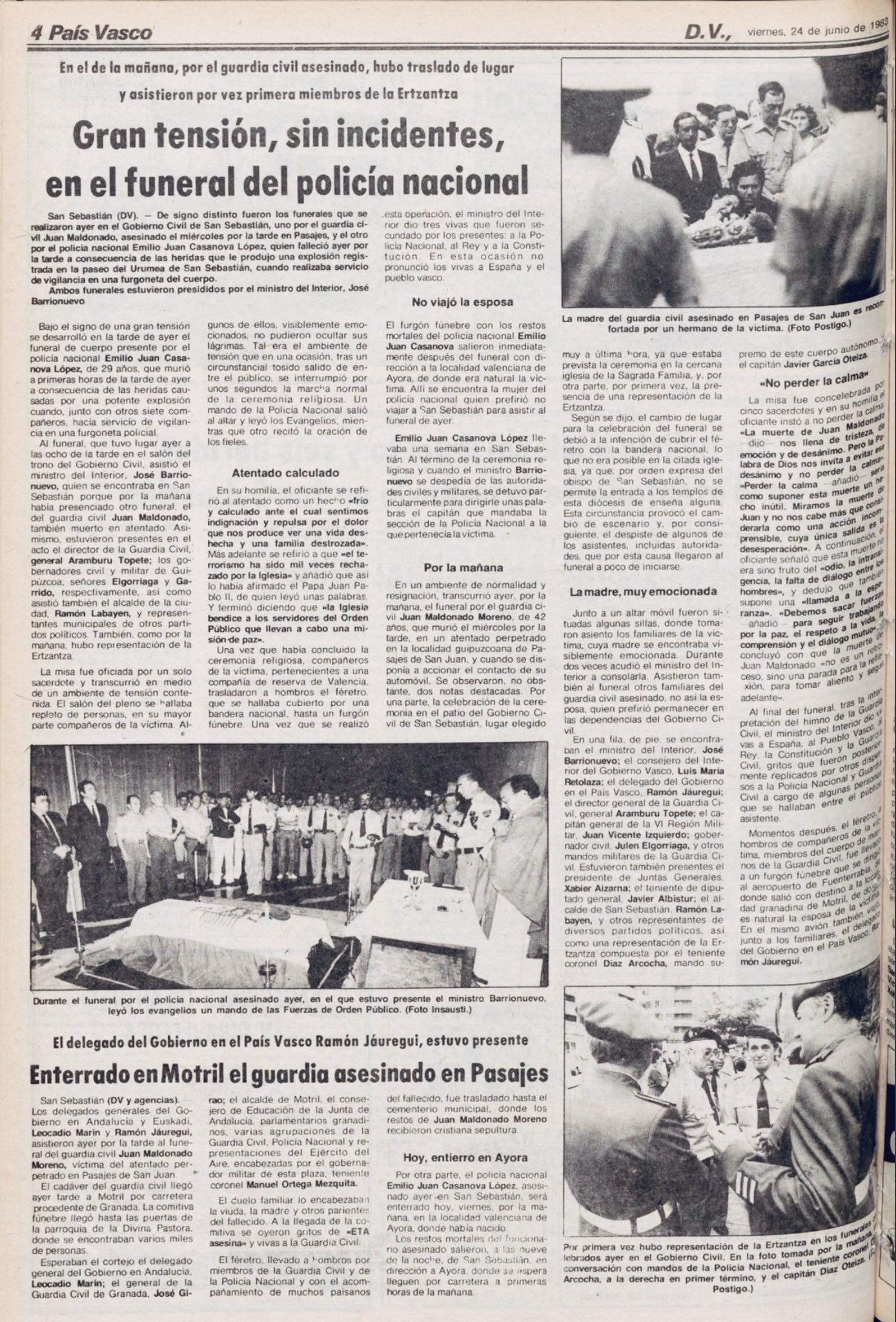 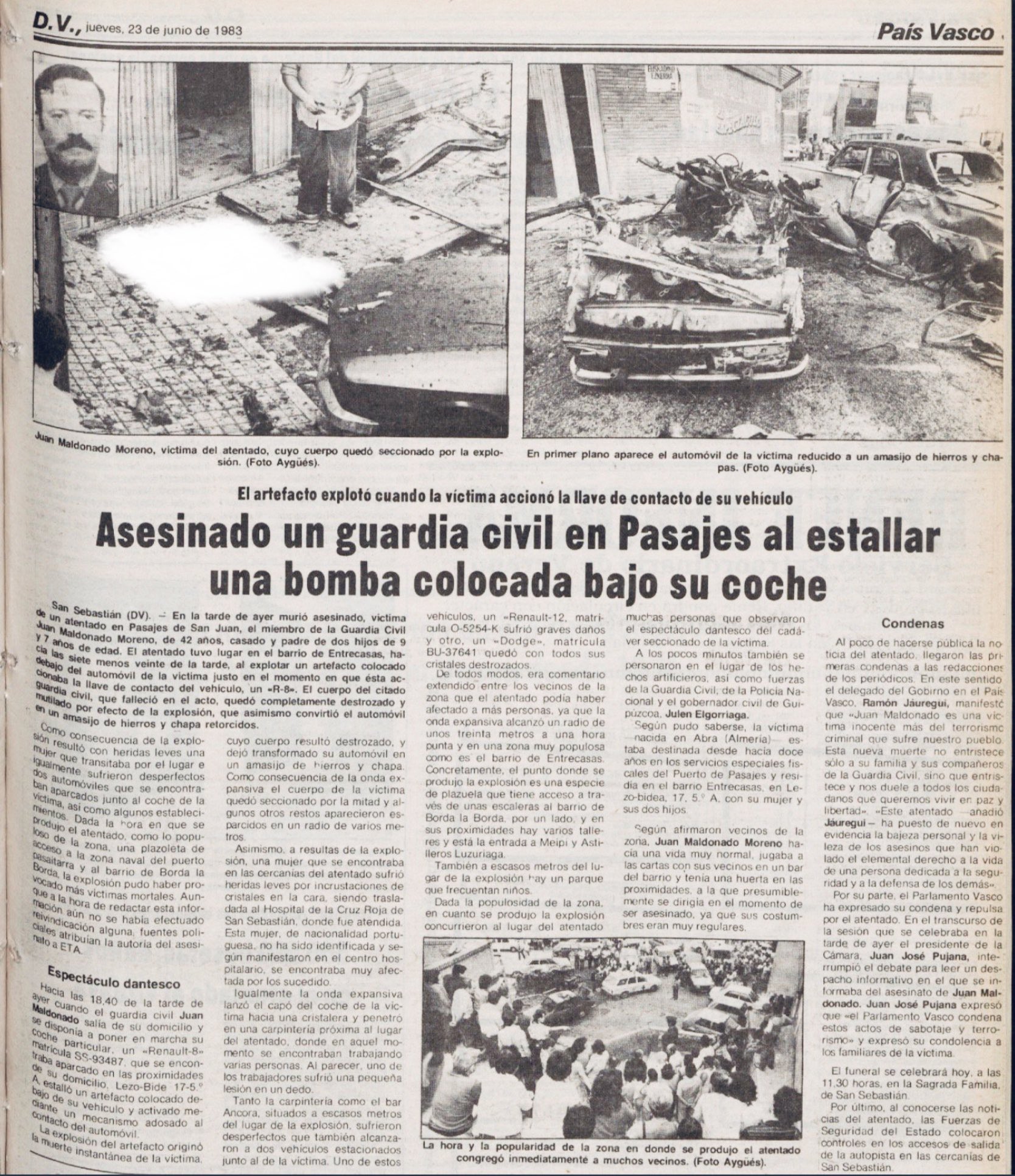