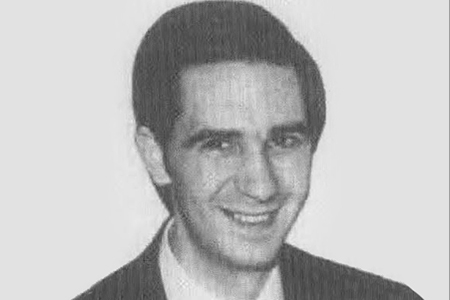 Two terrorists were waiting behind a van for Juan Luis Aguirreurreta Arzamendi to appear. When he passed, they came out behind him and opened fire with their pistols. Juan Luis was hit eleven times in different parts of the body and mortally wounded. Passers-by could do nothing to save Aguirreurreta’s life and the ETA members got away in a stolen car.

In a call to the newspaper Deia, the CAA claimed responsibility for the attack. They subsequently issued a statement accusing the victim of being an informer for the security forces, directing extreme right-wing groups and of having belonged to the Political-Social brigade of the police (the secret police). His family insisted that he had no political sympathies and denied rumours that he had been involved in the Guerrilleros de Cristo Rey (Warriors of Christ the King). 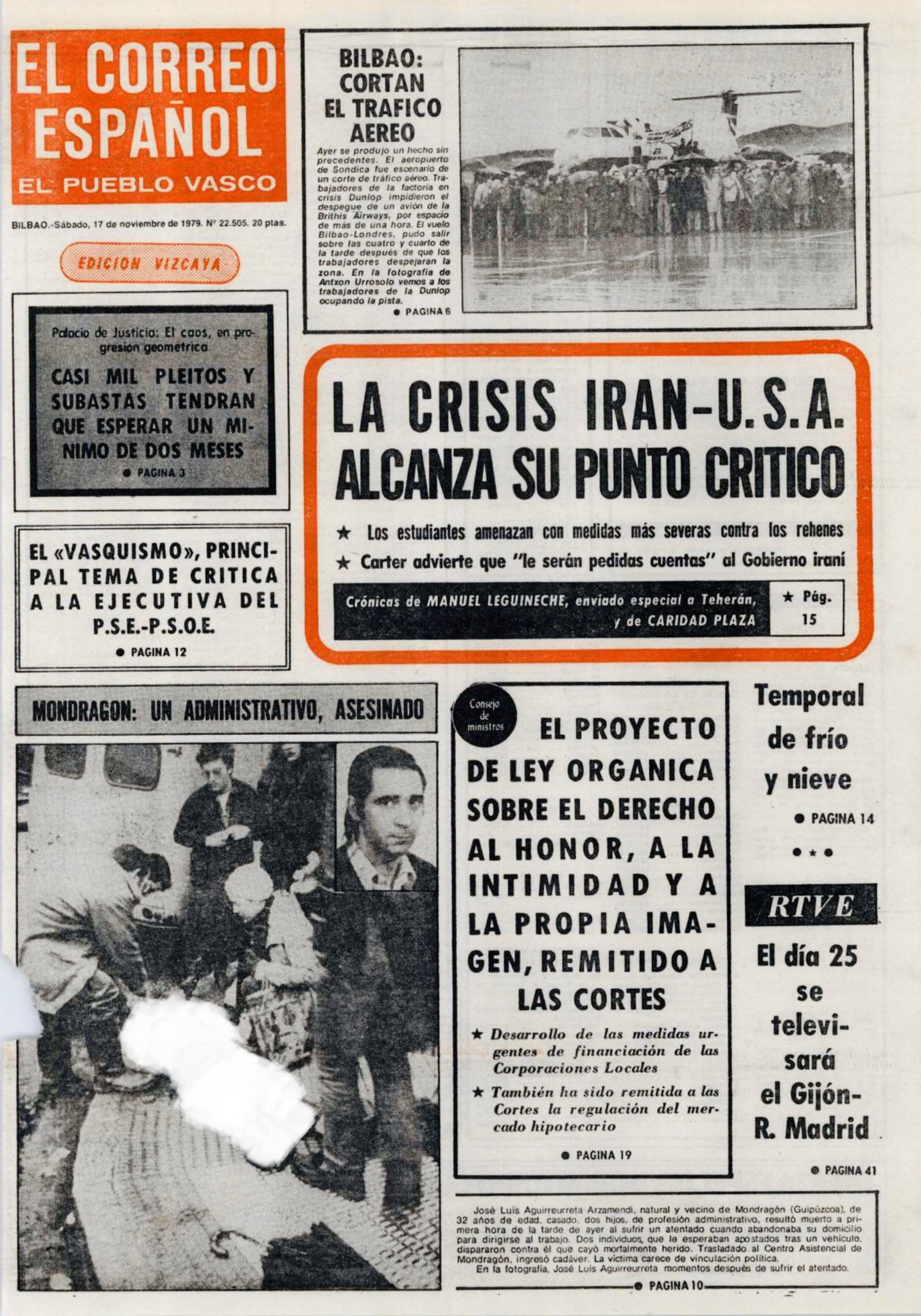 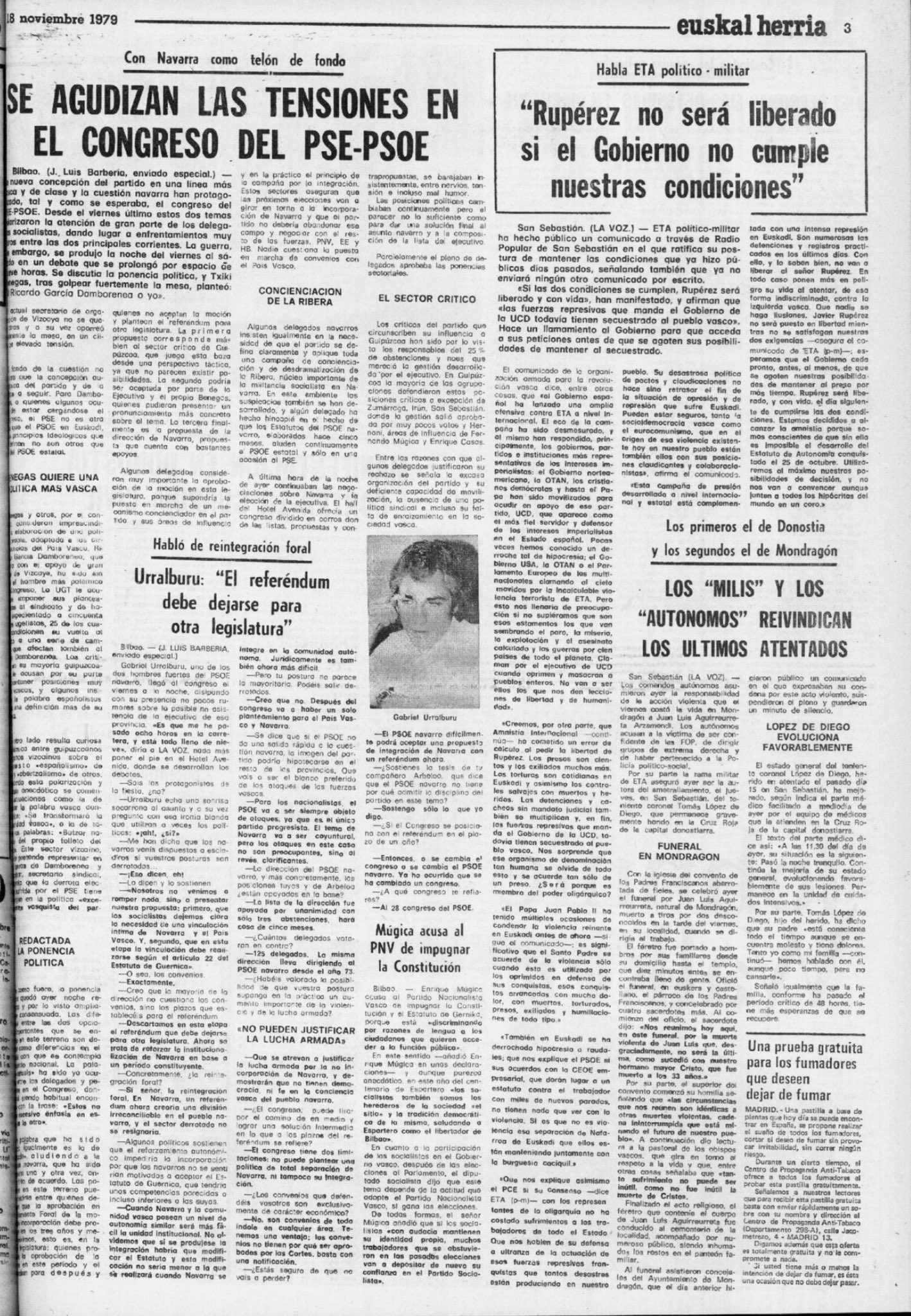 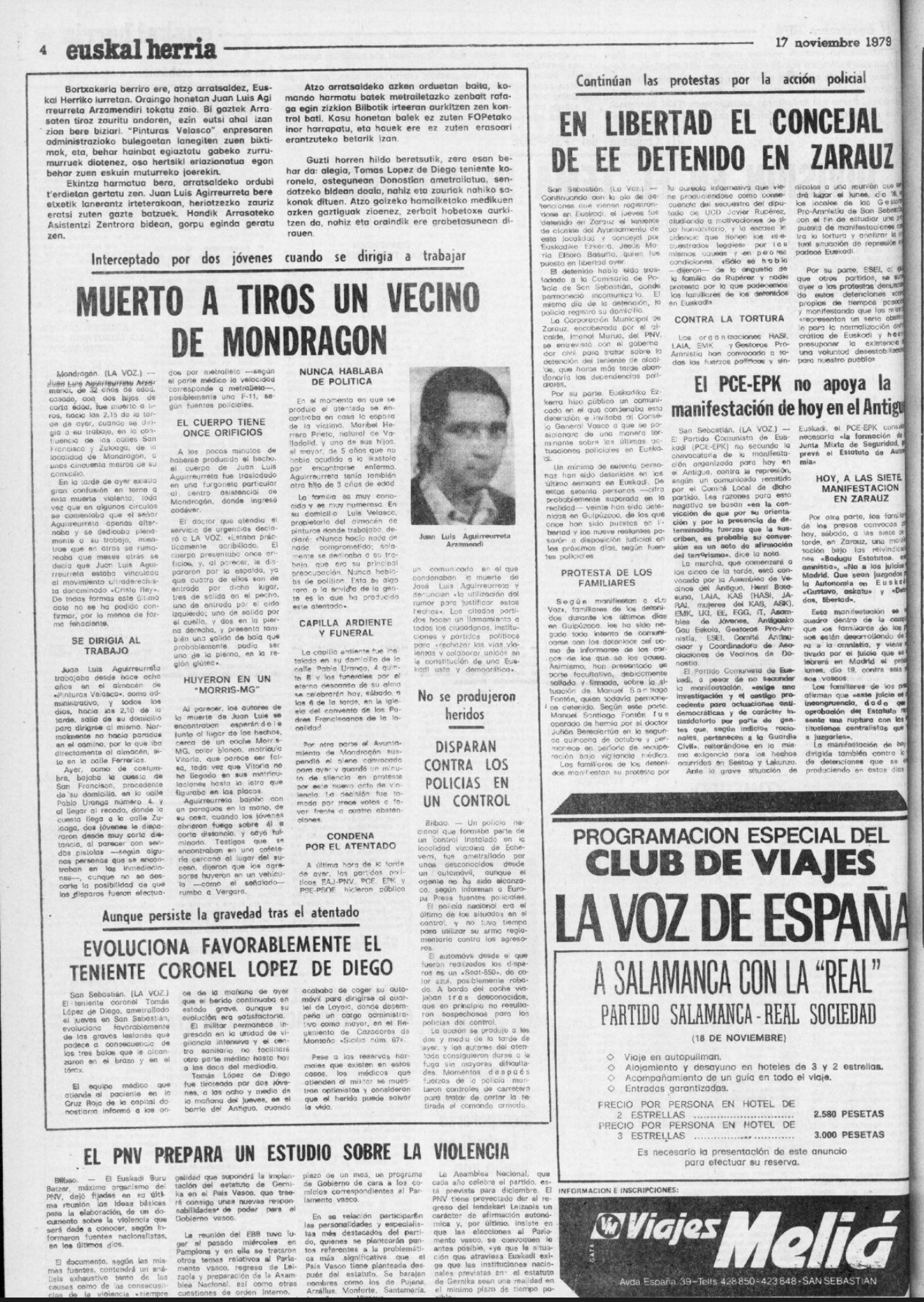 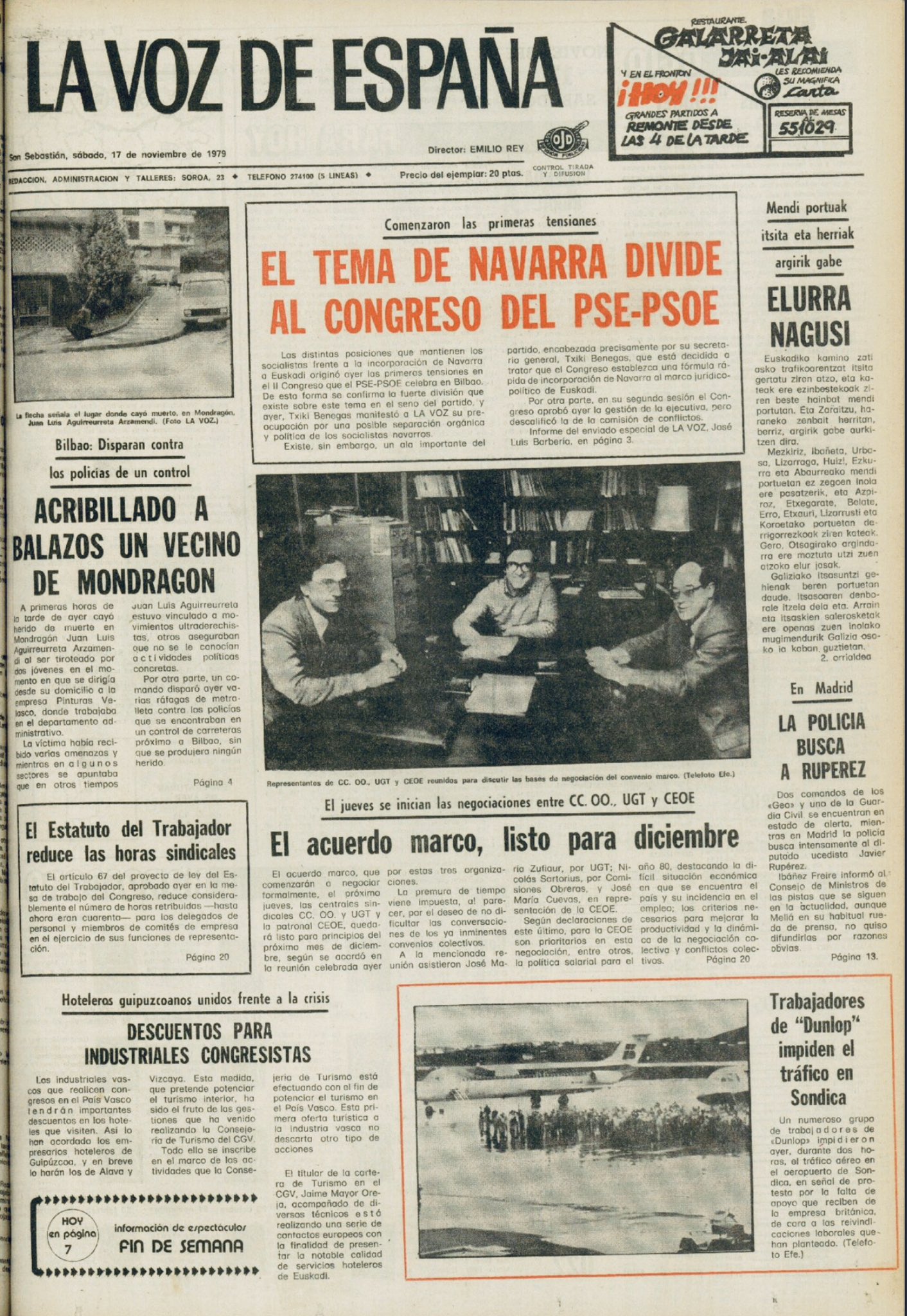