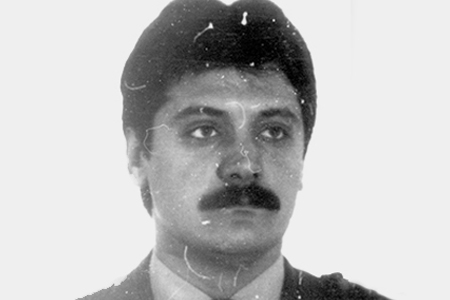 After gunning down businessman Jesús Alcocer in Mercairuña, Pamplona’s central market, the Nafarroa unit of ETA made their getaway in a Renault 18. They then abandoned the vehicle in Calle Arcadio María Larraona in the Ermitagaña district, next to the Navarro Villoslada High School, with a bomb inside. Witnesses to the murder had given details of the vehicle to the police, who located it within minutes. Two officers, Juan José Visiedo and Tomás Palacín, approached the car. ETA member Mercedes Galdós, who was disguised as a nun, was looking on and detonated the device. The two officers were blown to pieces by the blast, which was heard throughout the city. Their bodies were unrecognizable.

Juan José Visiedo was buried in Moncada (Valencia), where his father was head of the Municipal Police. He was 26 years old, married and had a 2-year-old daughter. 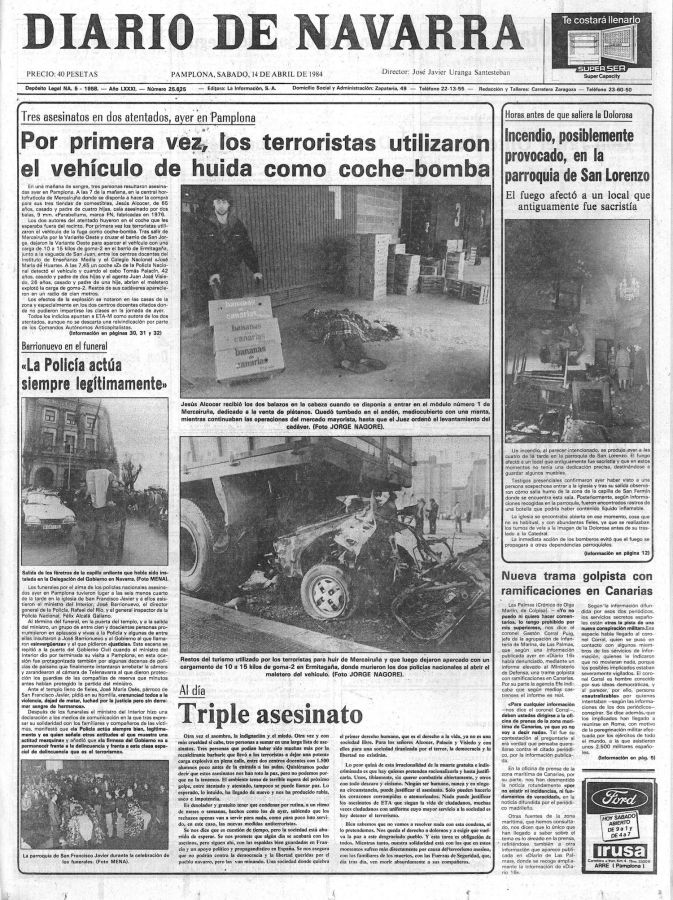