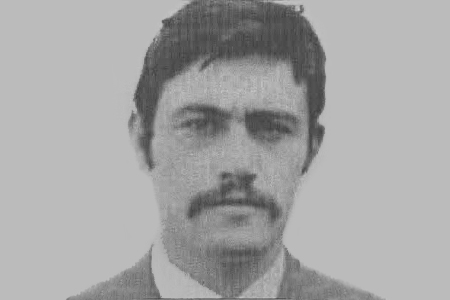 On 4 August 1979, Civil Guard Juan José Tauste Sánchez was killed by ETA in the town of Éibar, Gipuzkoa. He was shot twice in the head by two terrorists as he was about to start his car, a Ford Fiesta with Jaén registration plates, to drive to the barracks where he worked. He had just left the doorway of the home of his parents-in-law, where he was living with his wife.

As he sat in the driver’s seat, two terrorists, who had been waiting for him, pulled out their guns and shot him at close range. He was hit several times in the stomach, thorax and head and killed instantly.

The first person to spot the terrorist attack was a municipal police officer who was on duty at the time. A nearby district was celebrating its annual fiestas and some local people, including the victim’s wife, mistook the shots for fireworks. A few minutes later she came downstairs and found her husband. He was pronounced dead on arrival at the military hospital in San Sebastián.