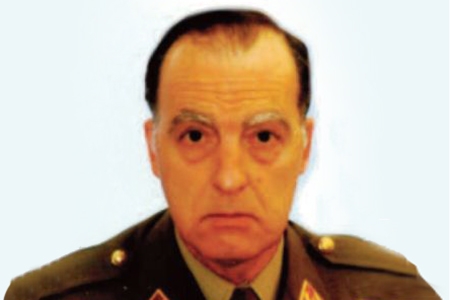 Infantry general Juan José Hernández Rovira had been the deputy director general of Defence Centres and Services since 1991. On 1 June 1994, he left his home on Calle Antonio Arias with his daughter Lourdes. After leaving her at Calle Ibiza, he walked on towards an armoured Ford Orio where a military driver was waiting for him. Before he reached the car, however, an ETA terrorist came up behind him and shot him several times, before shooting him again in the neck. He then opened fire on the driver, but missed. The terrorist, who was accompanied by a female accomplice, got away in a car which they blew up minutes later on Calle Walia, beside two créches, without causing any injuries.

General Juan José Hernández Rovira had been widowed a year earlier and had seven children.