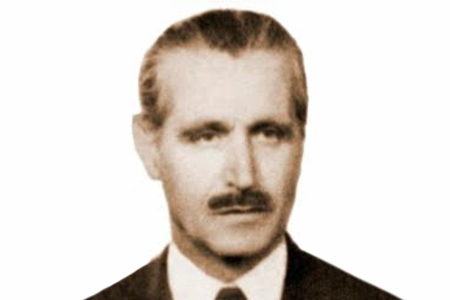 Juan Jiménez Gómez was a former civil guard and head of Pasajes Municipal Police. Just eight days before his murder, on 5 December, ETA had killed one of his subordinates, the municipal police officer Ángel Cruz Salcines, in San Sebastián. Outraged by the false accusations levelled against his junior officer by ETA, Juan Jiménez had written a letter to El Diario Vasco newspaper denying that he was a “well-known informer from Pasajes”. The response from the terrorist organisation was to kill him.

The attack took place on 13 December, when several members of the Comandos Autónomos Anticapitalistas (Autonomous Anti-Capitalist Units) entered the offices of the Municipal Police, on the pretext that one of them had lost his identity card. After distracting a policeman, they managed to reach Juan Jiménez’s office, where they shot him dead. They then stole his gun and wallet.