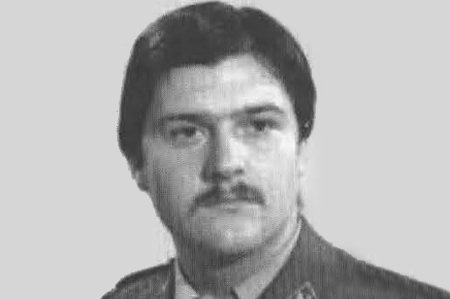 Juan García León was driving the first vehicle in a convoy made up of two Civil Guard Land Rovers and a Seat 131. The convoy was returning from guard duty at the Star Bonifacio Echeverria arms factory in Éibar (Guipúzcoa).

At about 150 metres from the factory, on the road towards Ermua, they were ambushed by five terrorists, who attacked the convoy with machine guns, assault rifles and shotguns, as well as two hand grenades that failed to explode. The killers were hiding at two different sites: on steps leading up from the Éibar service station and beneath the so-called “Amaña Towers”, meaning that the Civil Guard convoy was caught in crossfire.

The victim was hit by 46 shots, eight of which seriously wounded him. He was taken by van to the first aid station in Éibar where he died a few minutes later. Two Civil Guard officers, Gregorio González Roldán and Juan Baños López, were also seriously injured in the attack.