Born in: Catalunya
Age: 20
Offspring: 0
Marital status: Single
Job: Corporal (serving in the military)
Date of the attack: 14/05/1984
Place of the attack: Hondarribia
Weapon: Others explosives
Killed by: ETA-CCAA

In the early hours of 14 May 1984, in Fuenterrabía, ETA attacked a Spanish Navy port surveillance boat which was anchored in the Bidasoa river estuary, not far from the naval headquarters. ETA planted a bomb containing six kilograms of explosives on board the vessel, sinking it and killing Corporal Juan Flores Villar, who was trapped in his cabin and drowned. His colleague, sailor Antonio Martínez Abella, managed to jump into the water and swim to shore.

The victim worked in the catering sector and was going to evening classes in banking. He had completed half of his period of military service when he was killed by ETA. 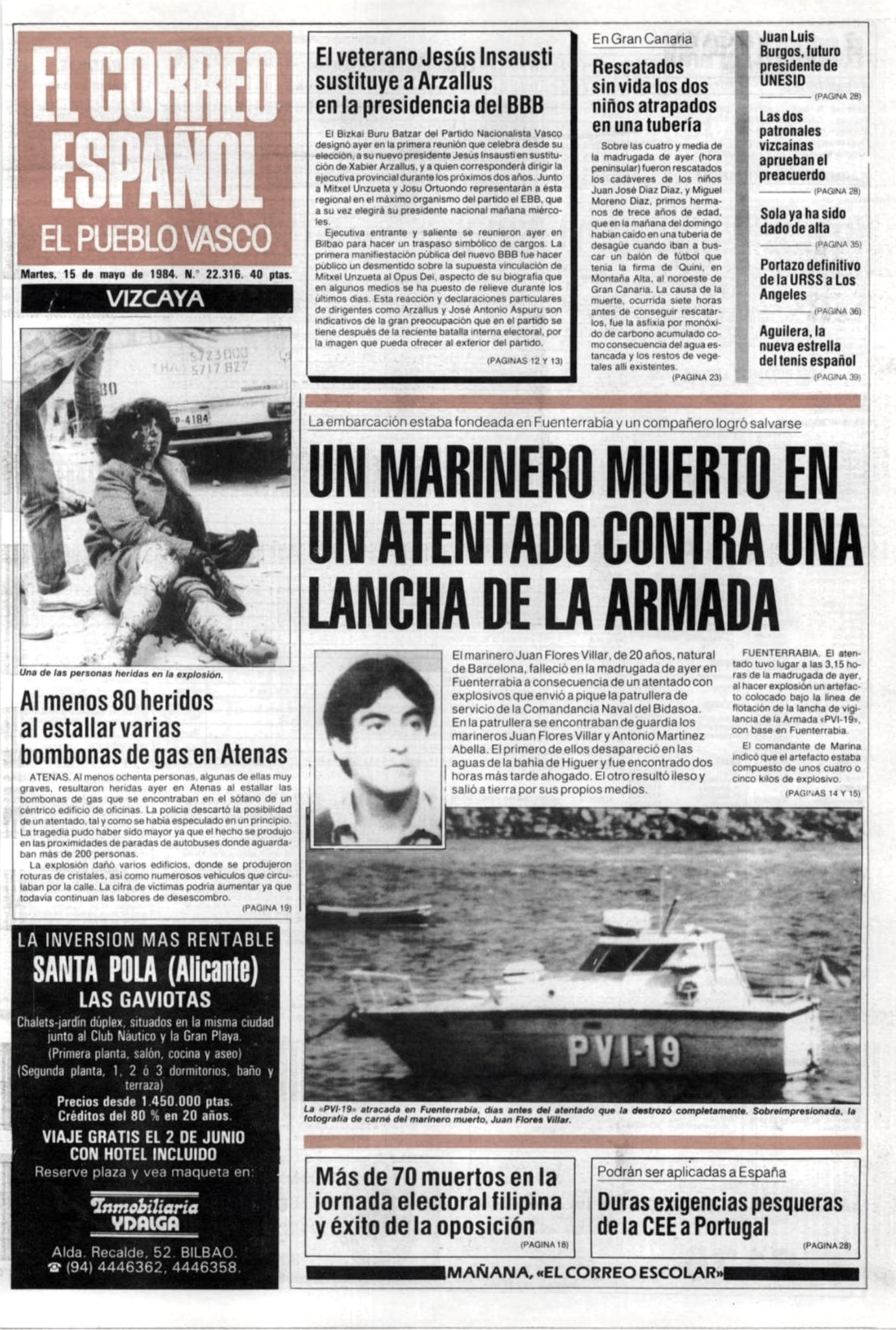 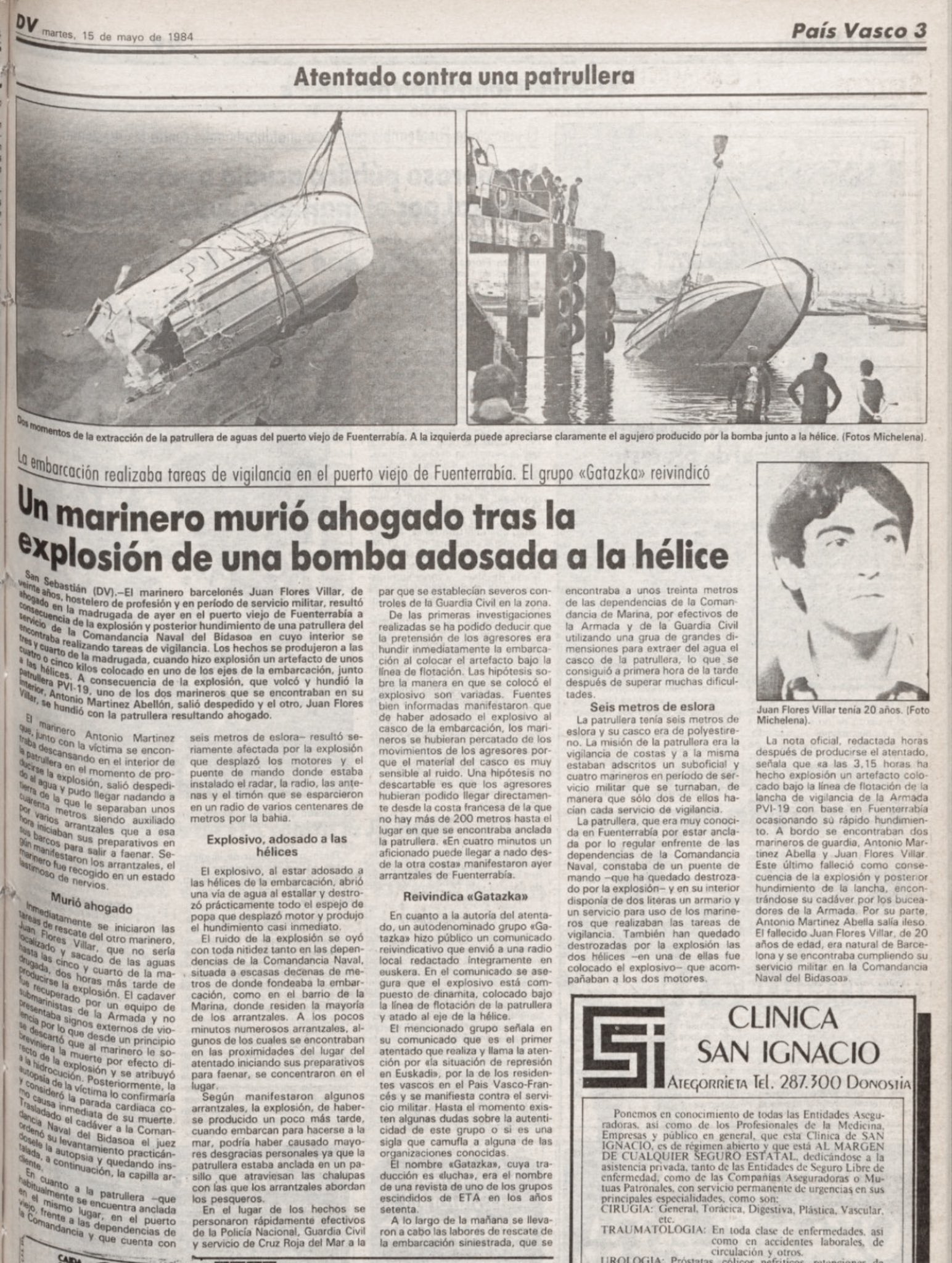 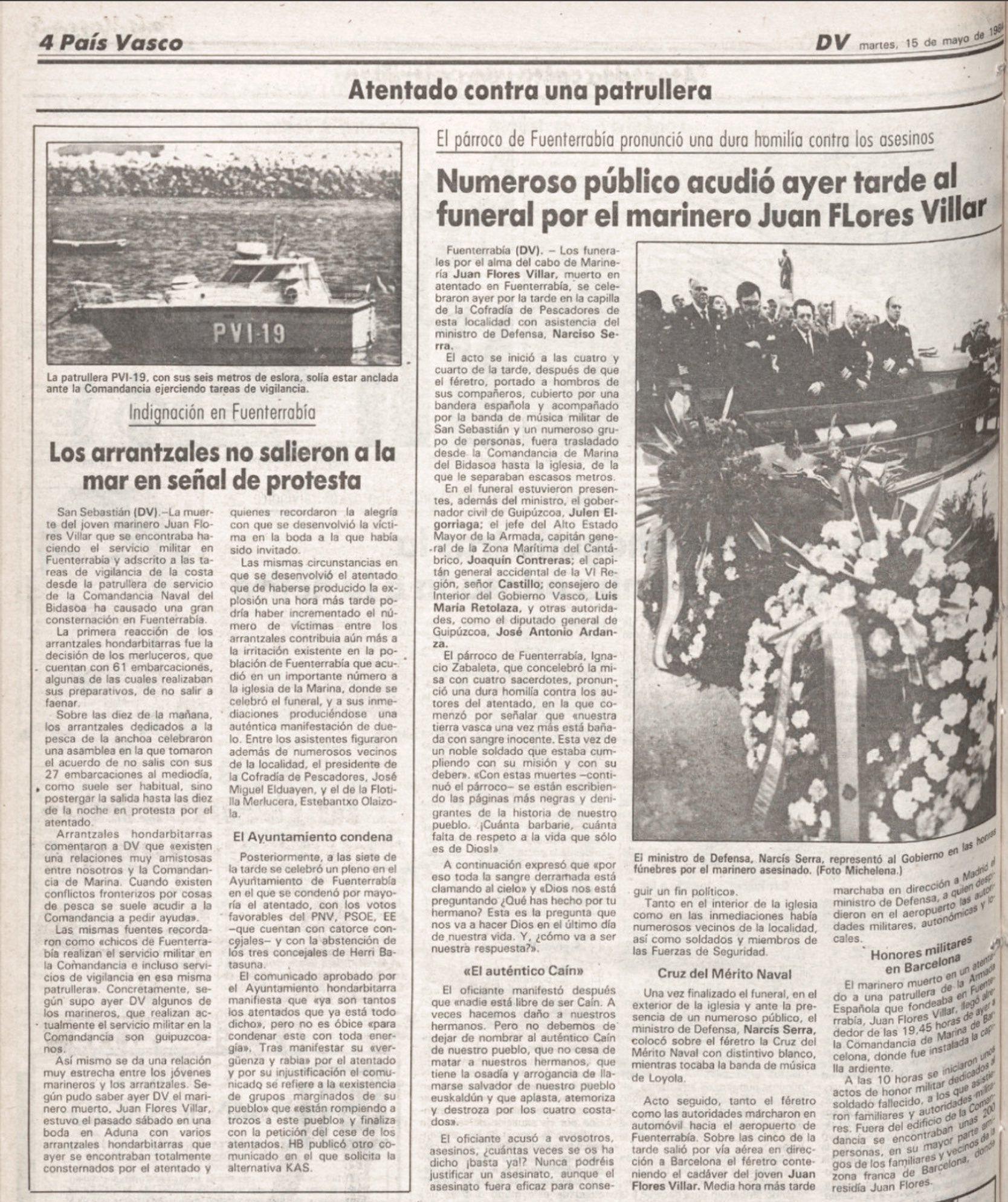 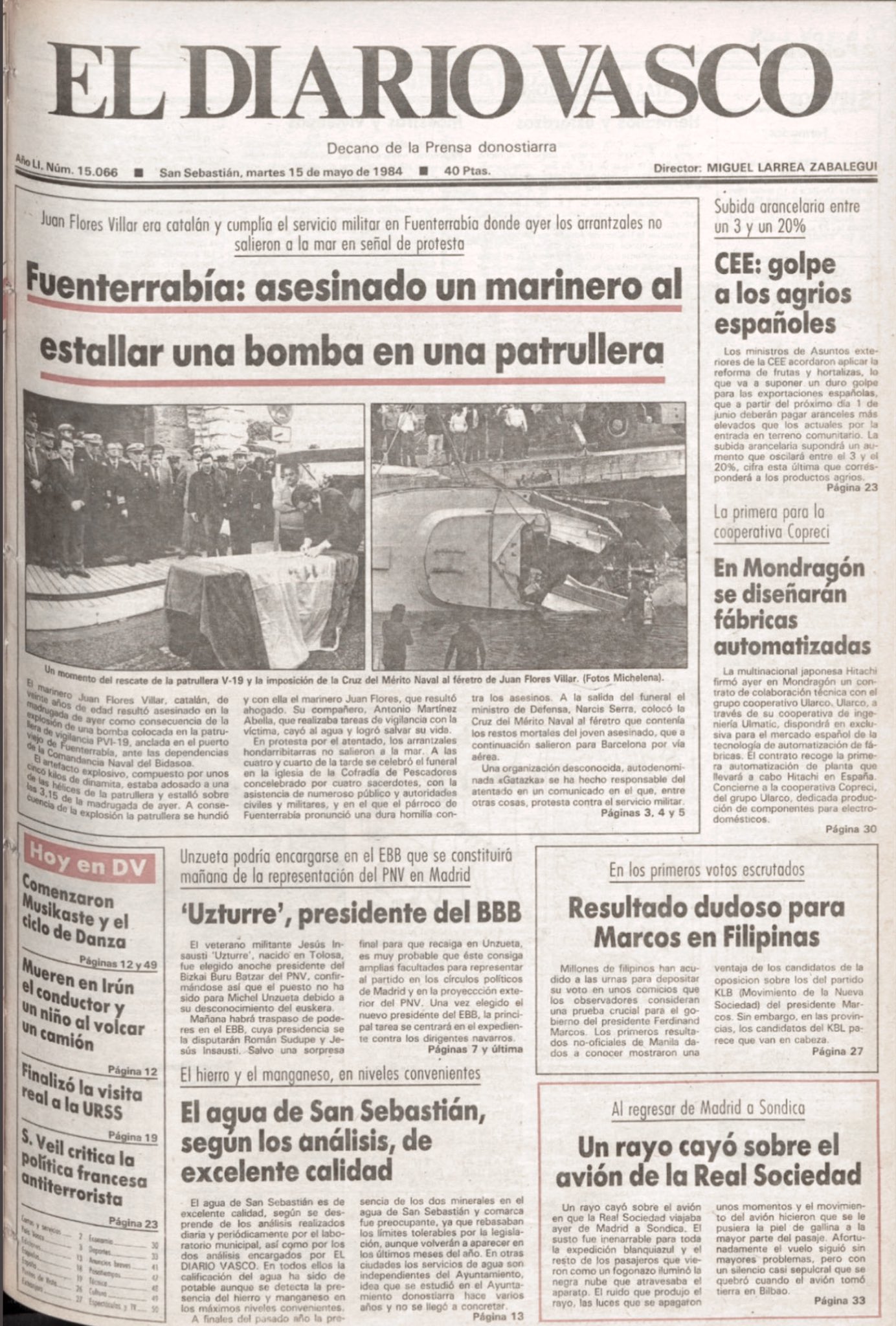