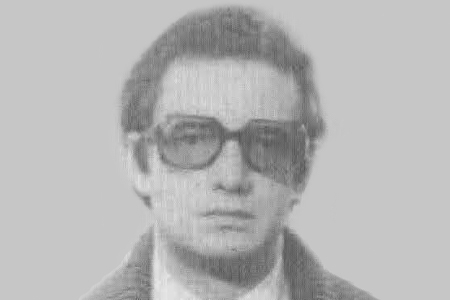 UCD leader Juan de Dios Doval de Mateo left his home in the Lorea district of San Sebastián and got into his car. He had just started the engine when two unmasked terrorists approached, fired three shots and ran away.

On the day before his killing he said to his secretary: “Pray for me”. She told him that he should resign his position, but he said that he didn’t want his children to think he was a coward. The assassination took place just a week after that of Jaime Arrese Arizmendiarreta, also a UCD leader in the Basque Country.

All normal activities at the Law School, where the victim worked, were immediately suspended following news of his murder. The students met in assembly and issued an agreed statement condemning the attack. 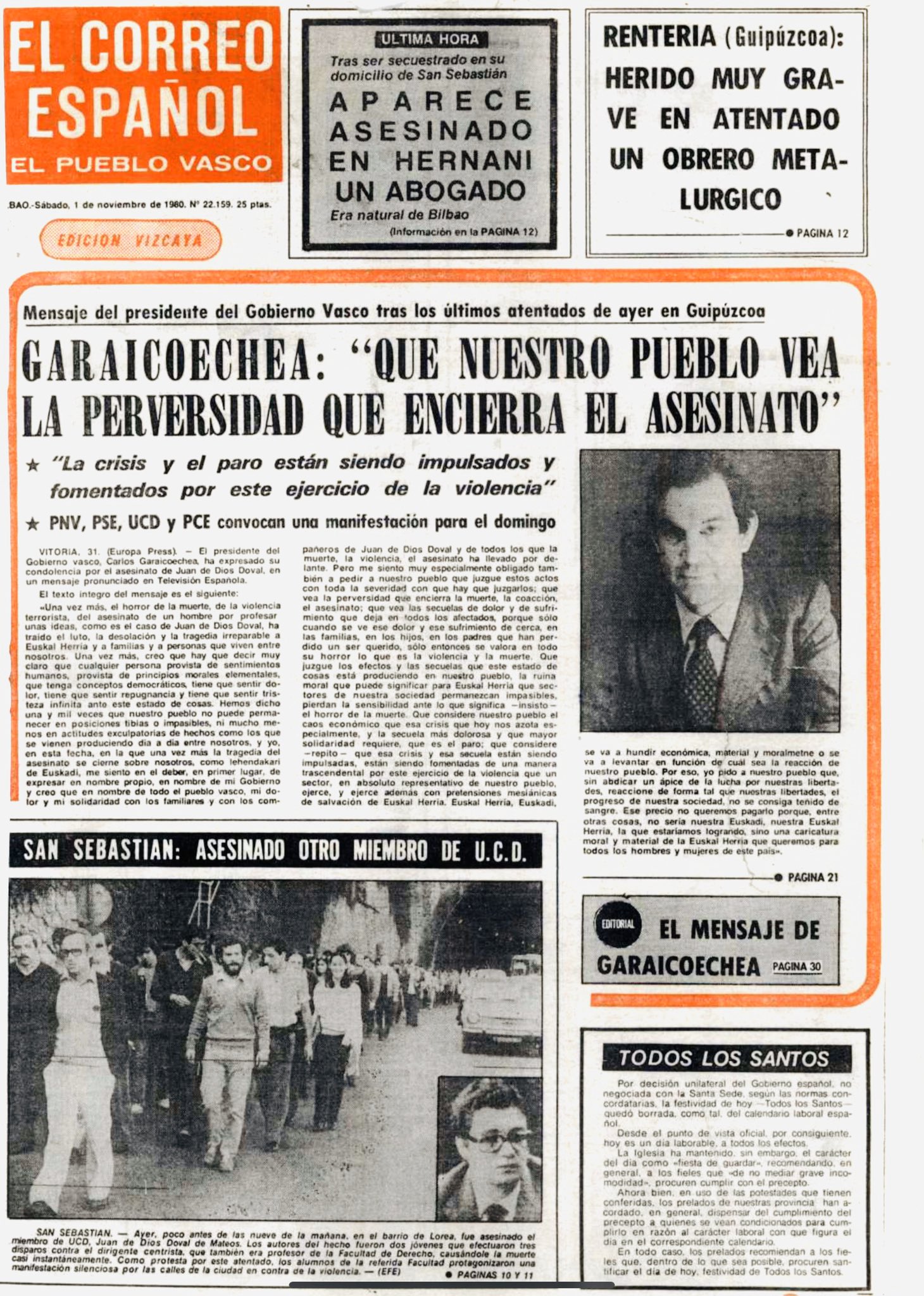 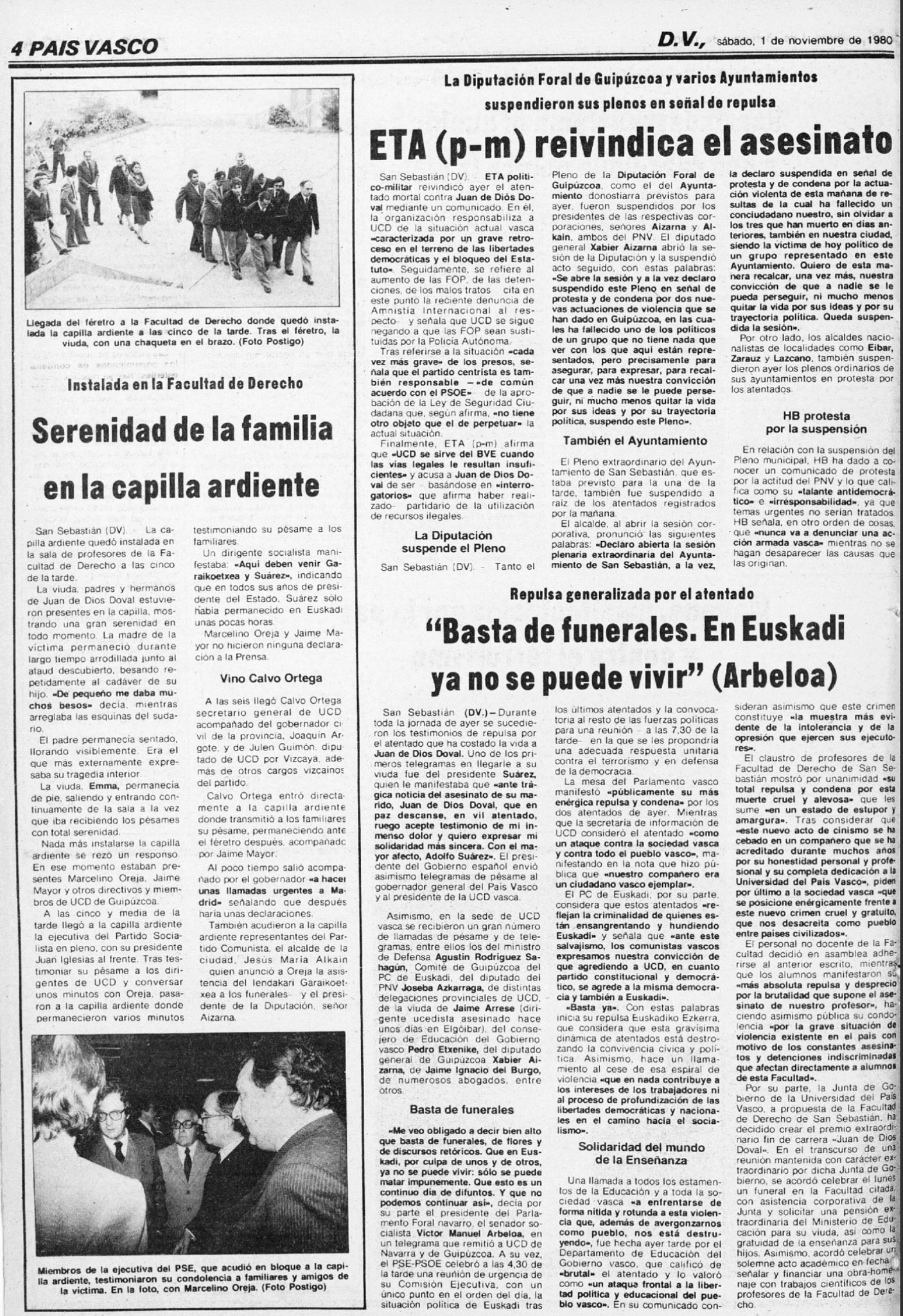 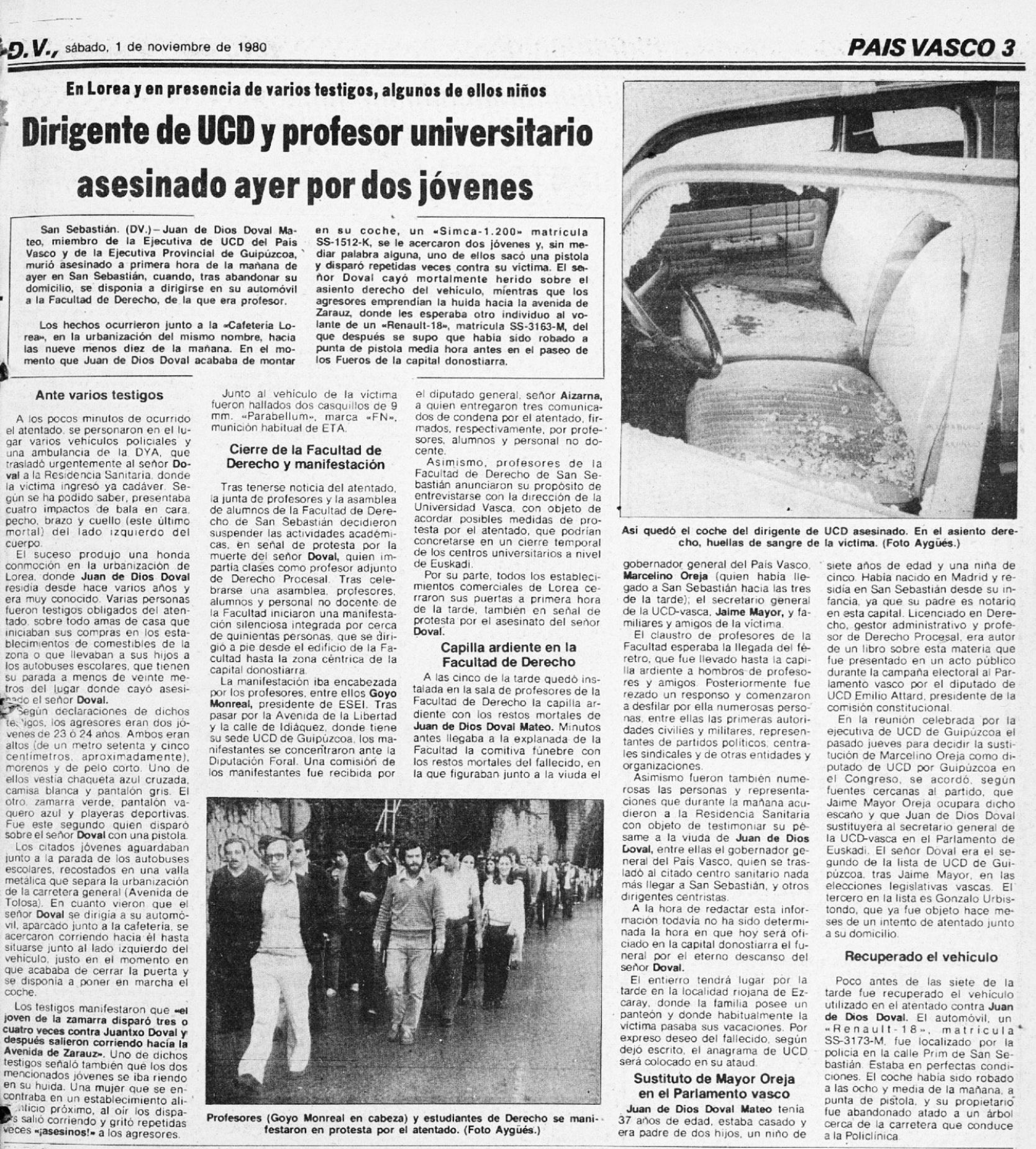 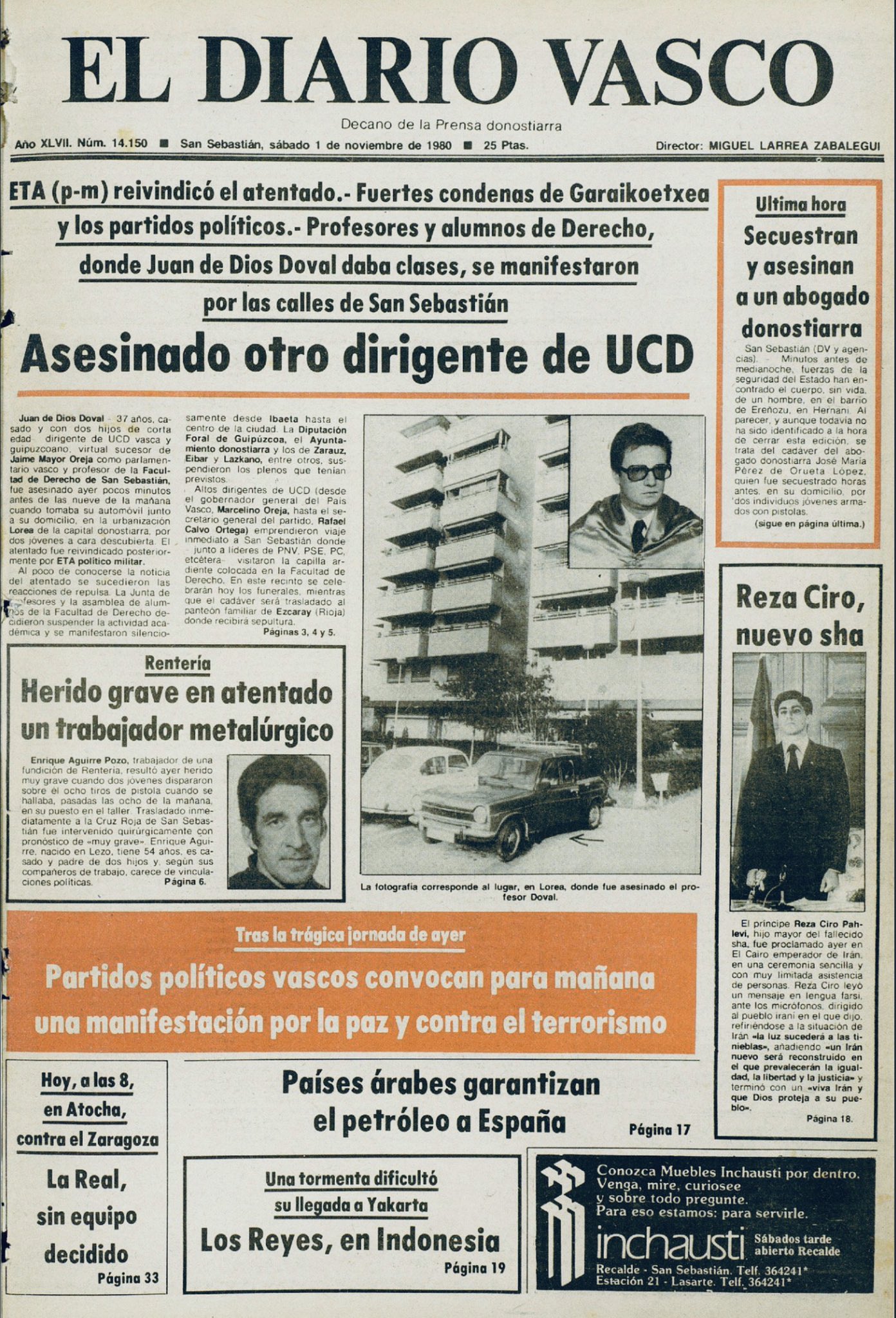