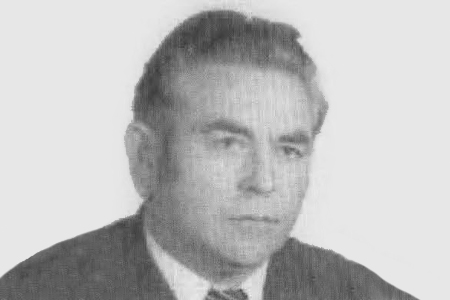 On 18 December 1979, Juan Cruz Montoya Ortueta left work at 8:30 pm. Two members of ETA’s Treviño unit were waiting for him at the door of the school, where they shot him at point-blank range in front of two of the schoolchildren. Juan Cruz was gravely. He was taken to a health centre in Vitoria, but the doctors could do nothing to save his life.

ETA had targeted Juan Cruz because they thought he was a retired civil guard. When they realised their mistake, the gang tried to cover up their responsibility for the crime. ETA members Saturnino López Domaica, Luis Javier Izaga González and José Miguel López de Muniain Díaz de Otalora were each sentenced to 26 years, 8 months and 1 day of imprisonment, and had to indemnify the victim’s family.

Two days after his murder, nearly 4,000 people took part in a silent protest through the streets of Vitoria in protest at the killing. They marched from the school where the victim worked to the cathedral of Maria Inmaculada. 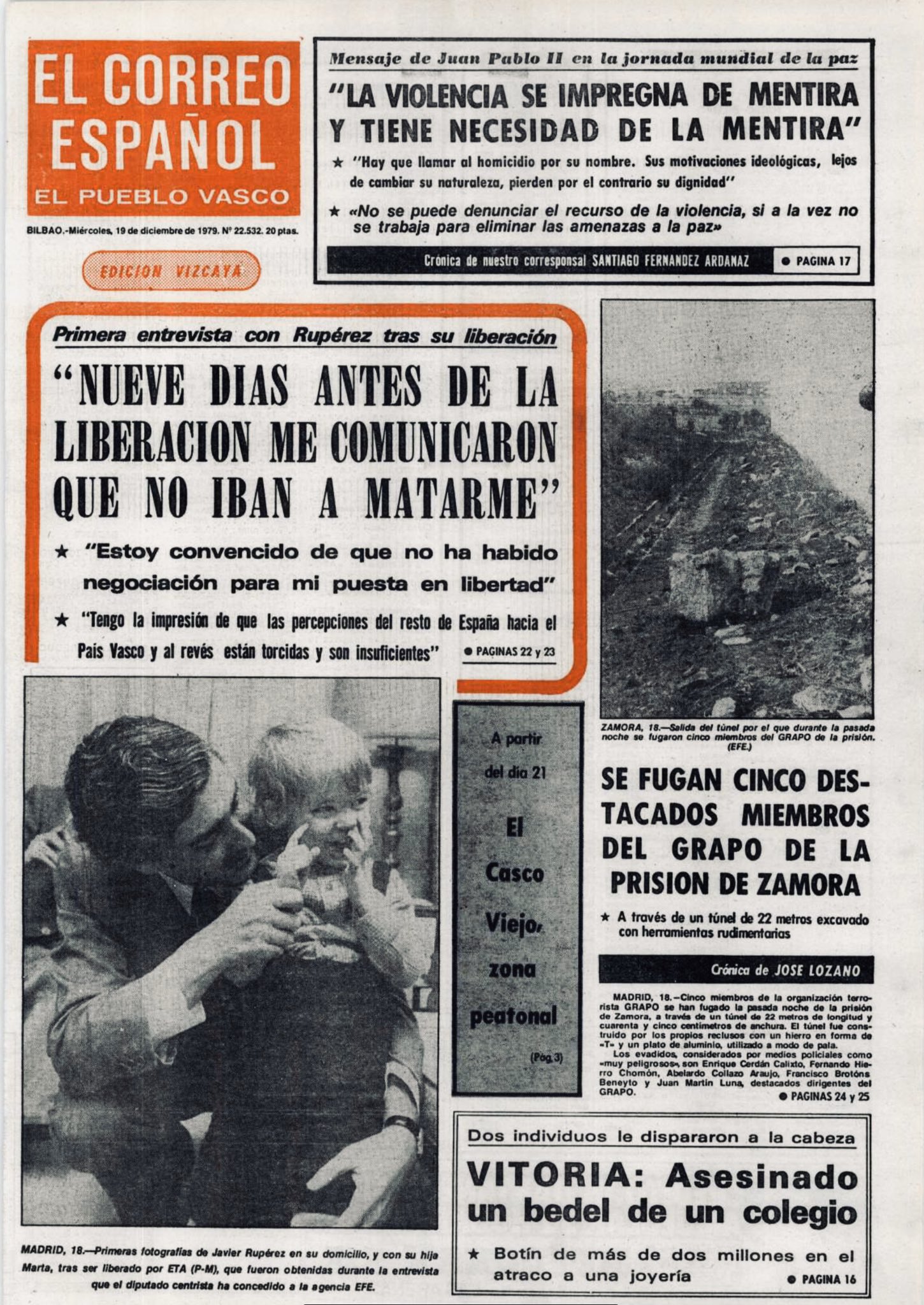 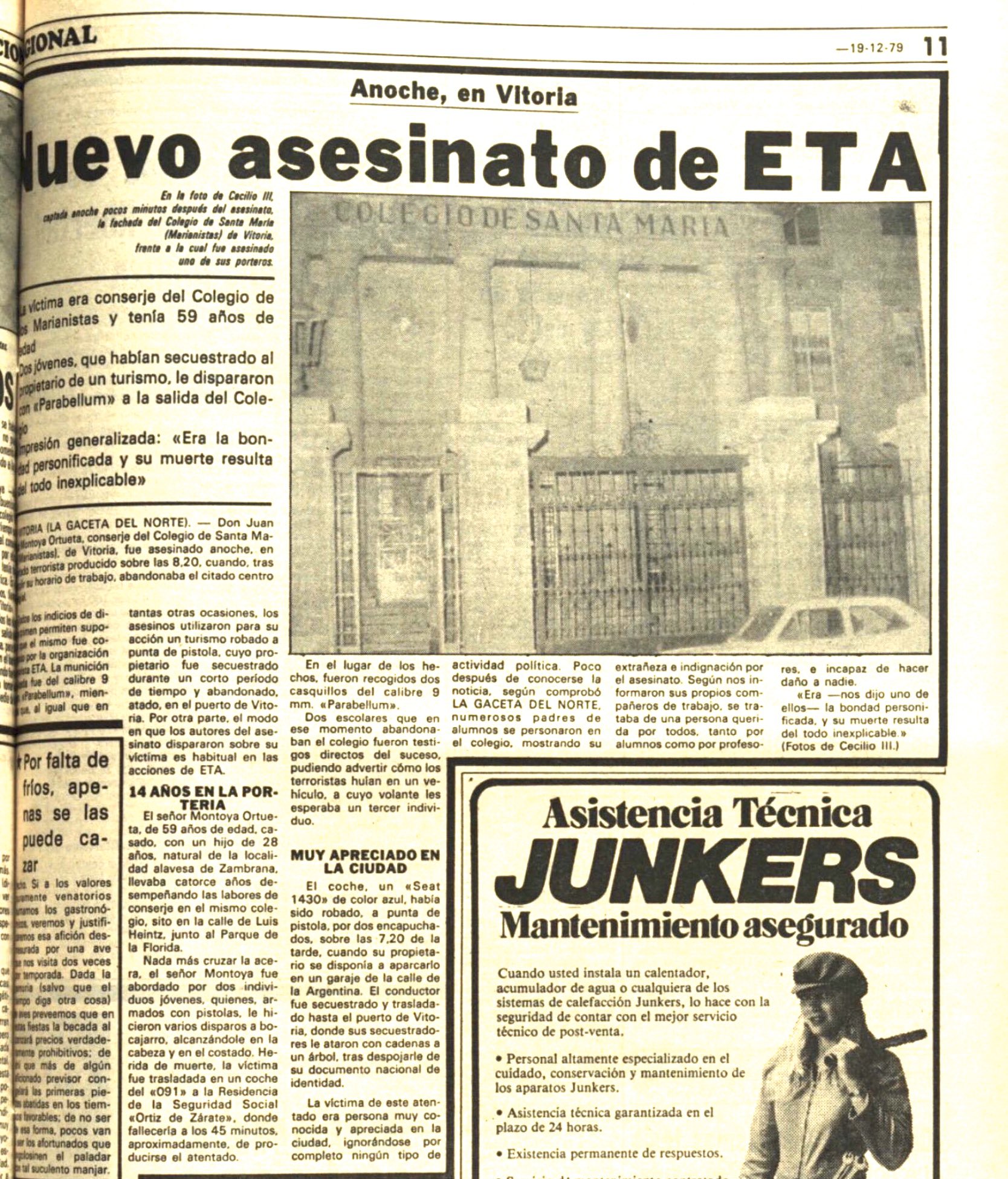 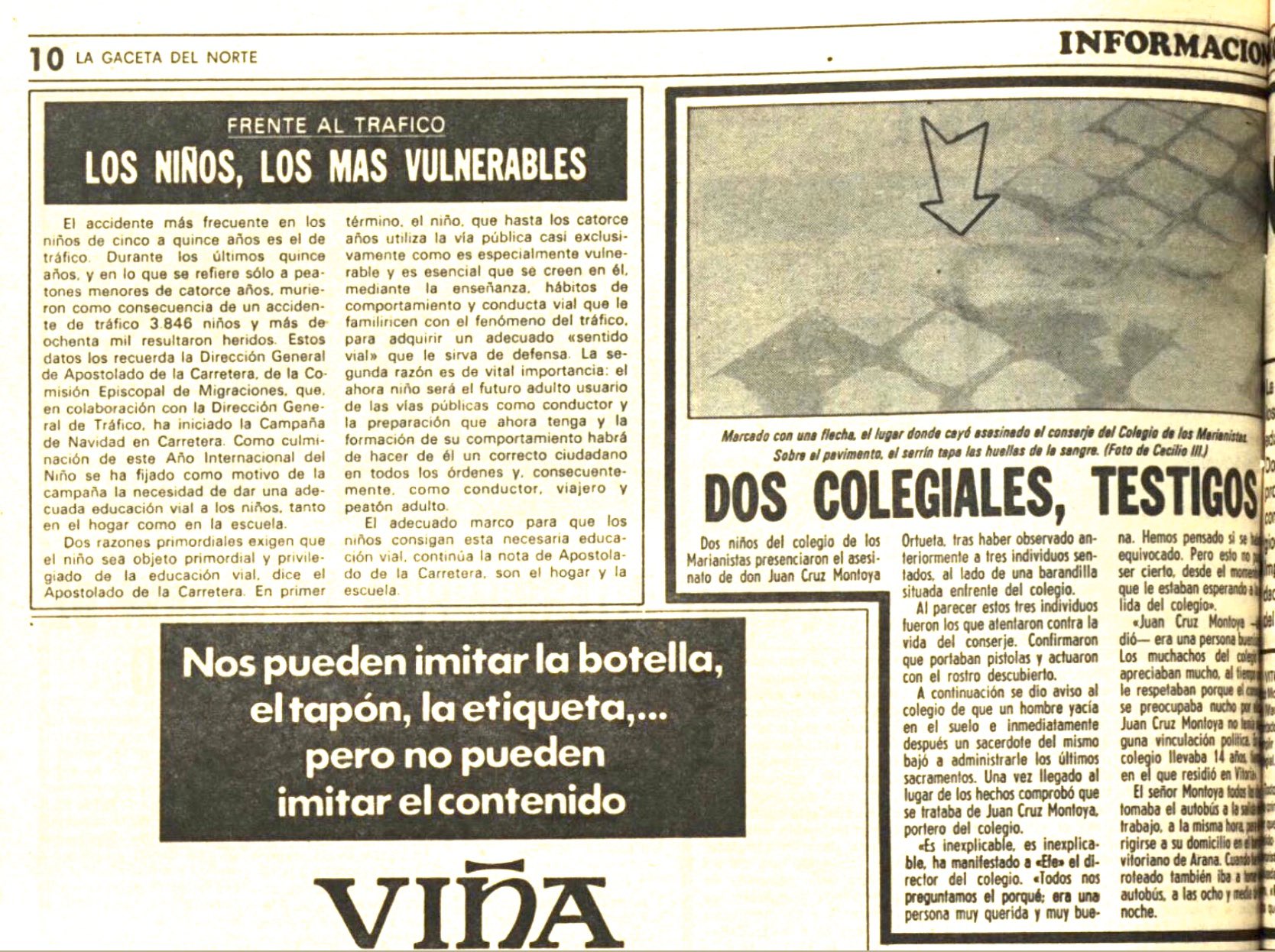 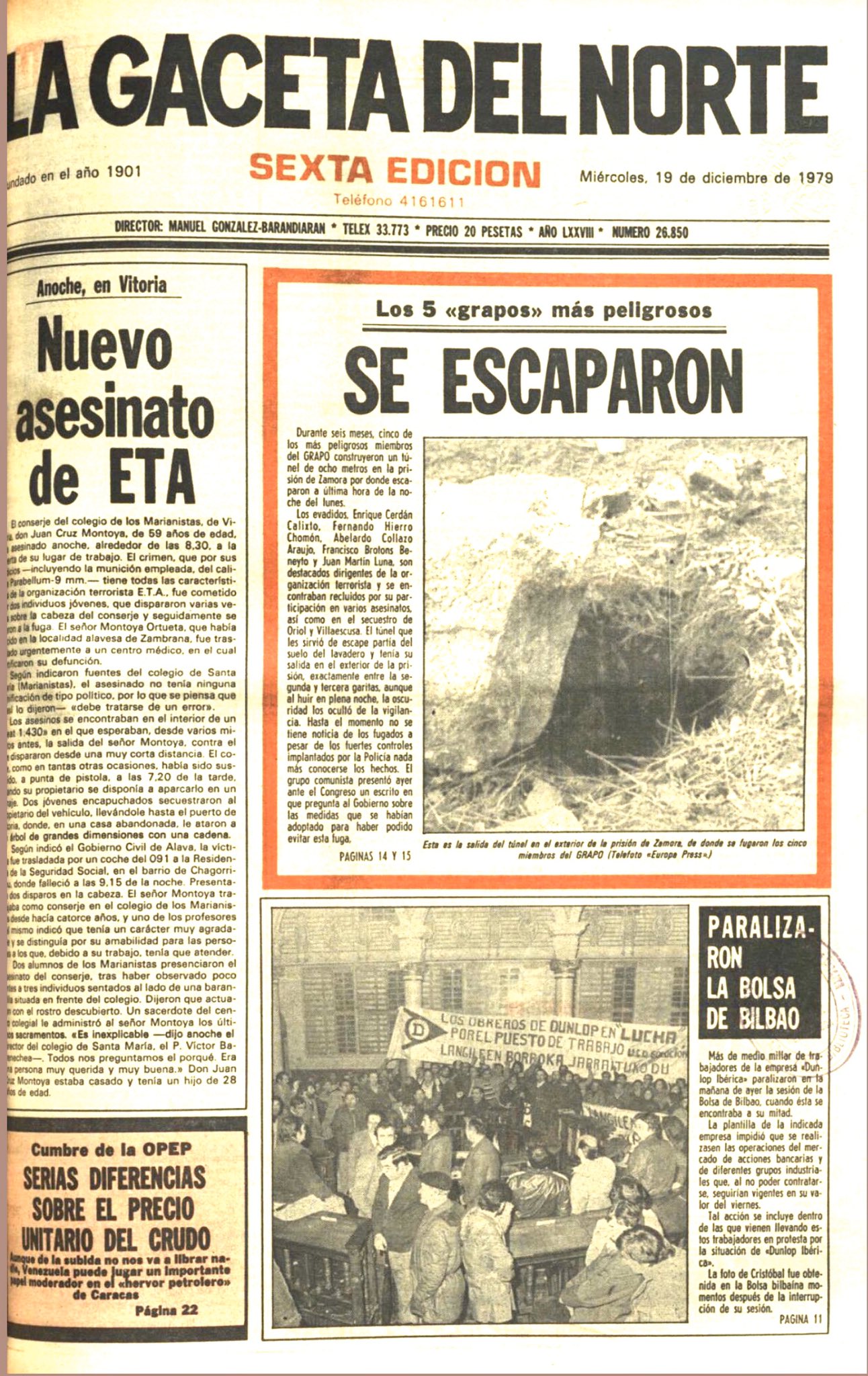