Juan Cruz Hurtado Fernández was with his girlfriend at the Azul Bar in Guernica when several individuals entered with their faces covered. Without a word, they shot Juan several times, killing him and wounding his girlfriend who had to receive medical assistance.

Members of ETA had been watching the victim’s movements for several weeks and had studied his habits with a view to assassinating him. 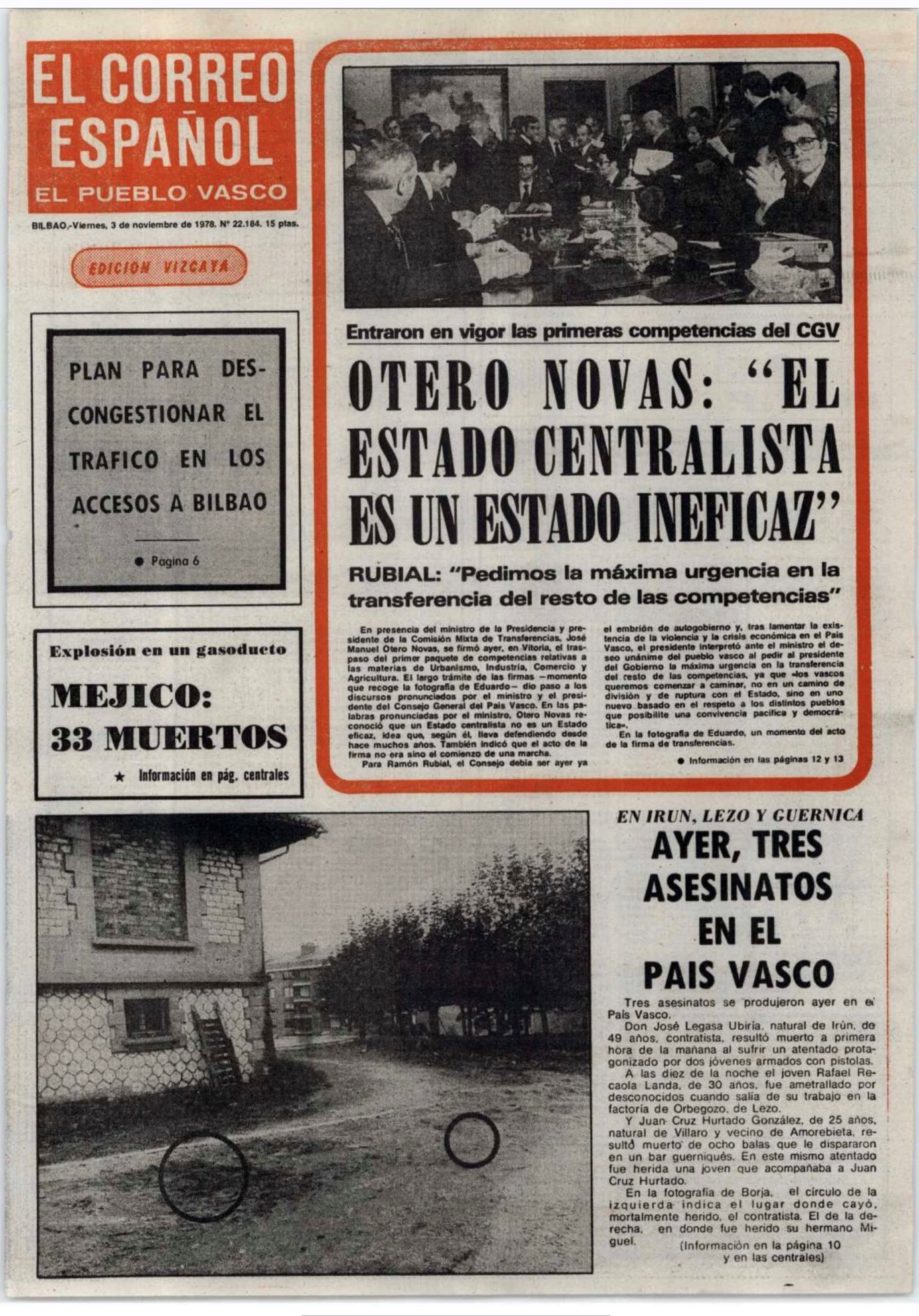 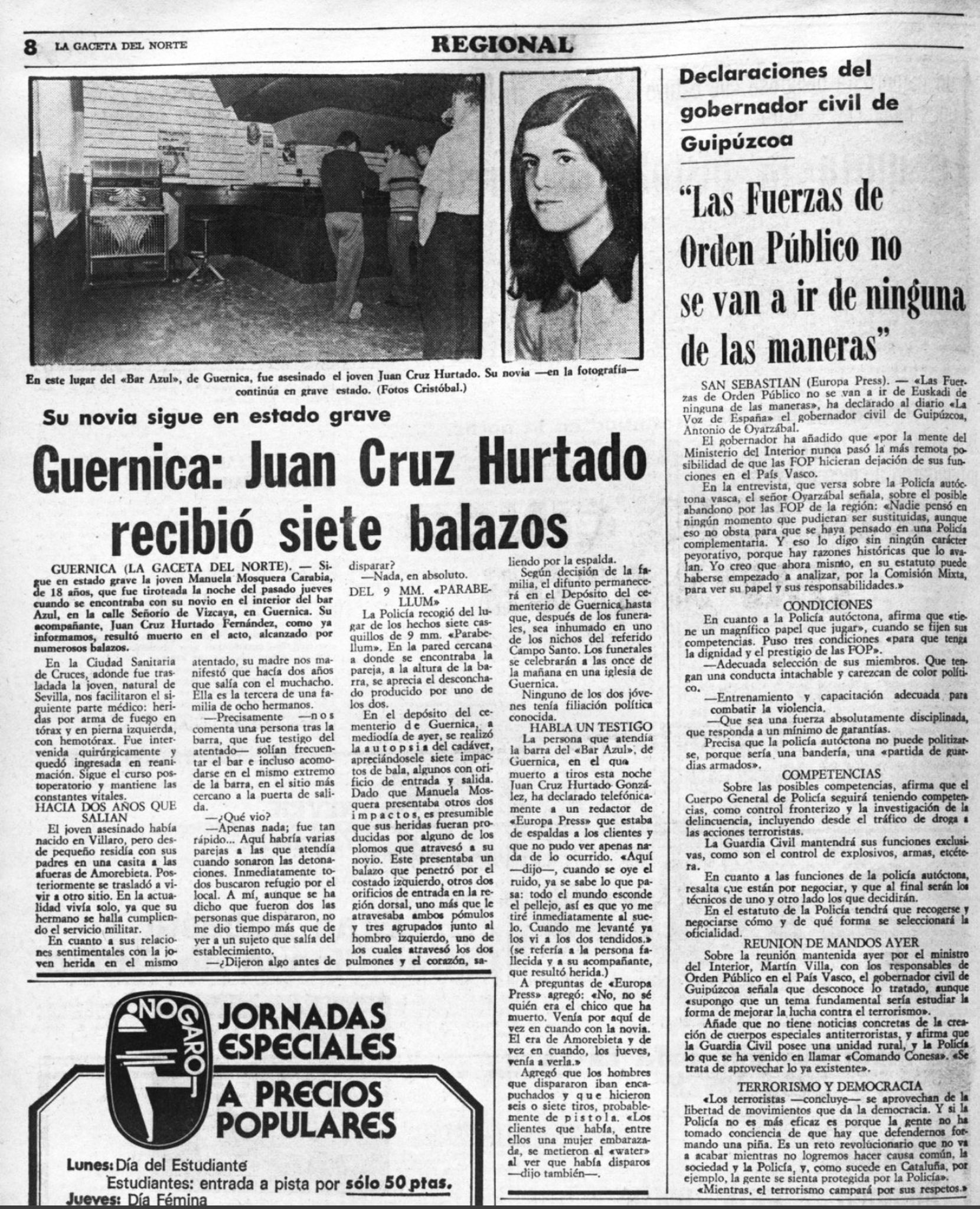 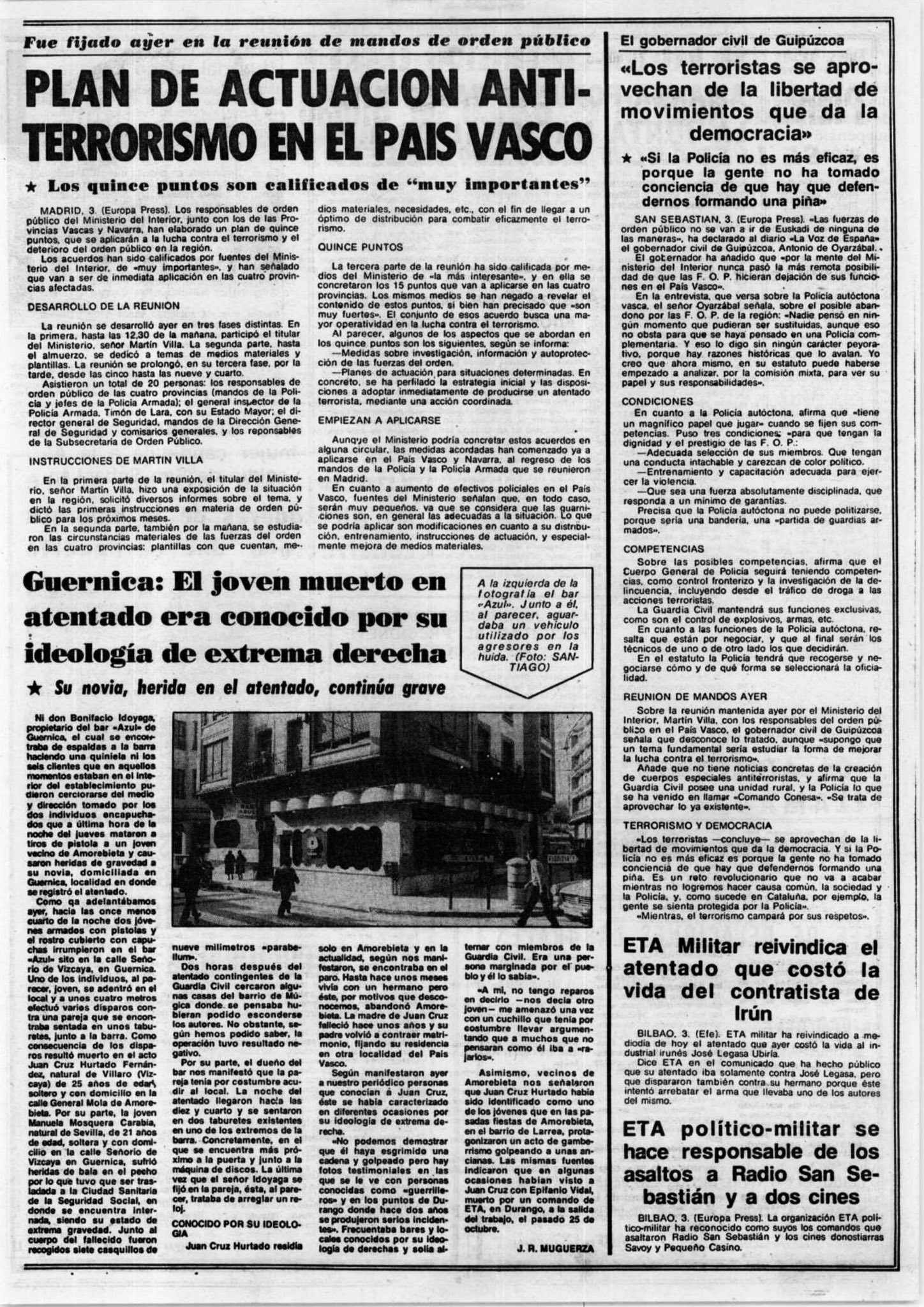 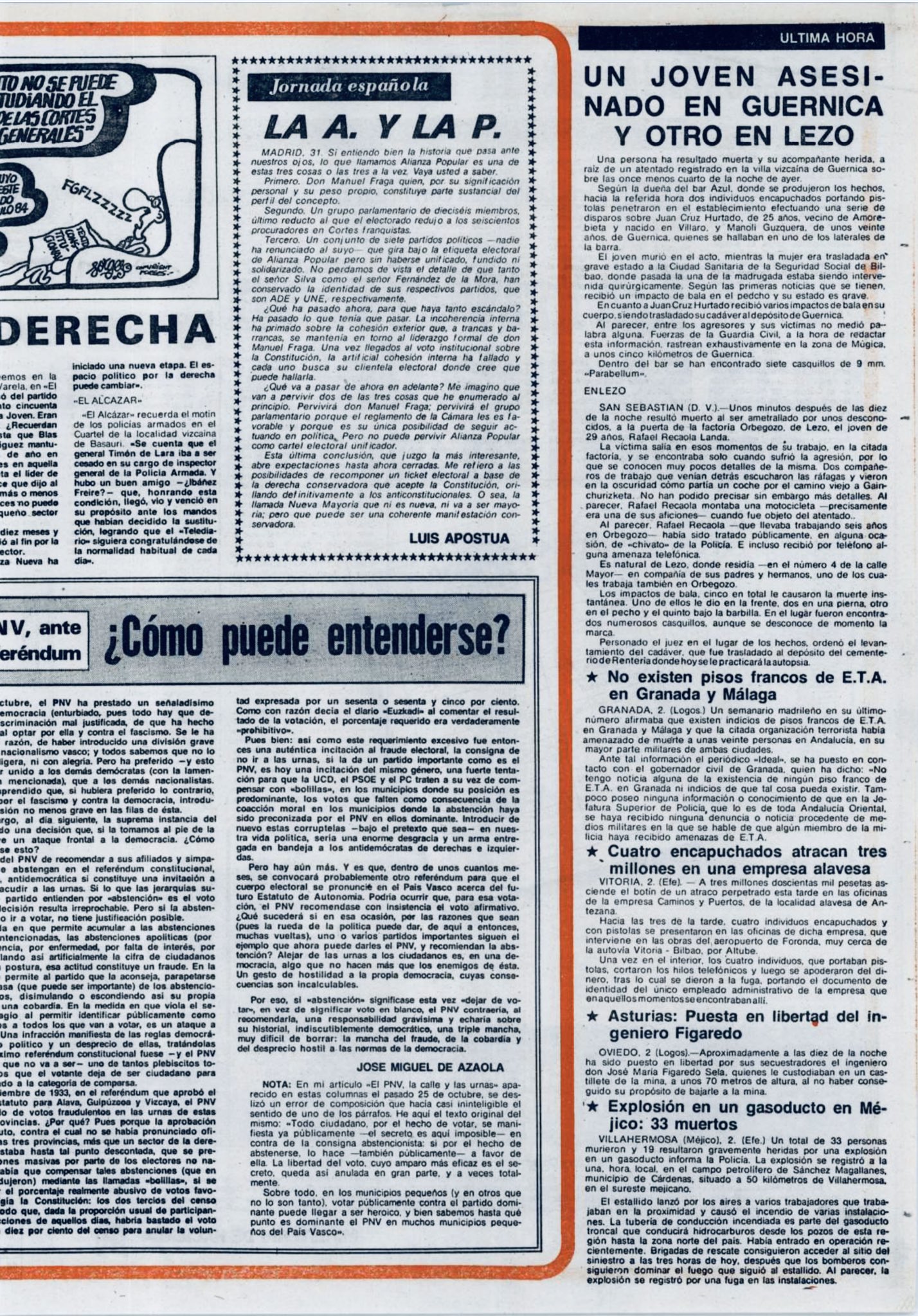