Juan Costas Otamendi left a bar in Tolosa around 2:00 am with a friend. As they were about to get into Juan’s car, four individuals approached the couple and forced them into their own vehicle at gunpoint. After driving a few kilometres along the N-I road, Madrid-Irún, the kidnappers took a detour to the Aldaba district of Tolosa, where there were only a few scattered farmsteads.

There they forced the young woman into the boot of the vehicle, which they locked, and took Juan away. The kidnappers, who were unmasked, then subjected him to an interrogation. The victim had been bound with a padlocked chain. After the interrogation, he was shot in the back of the head and killed. 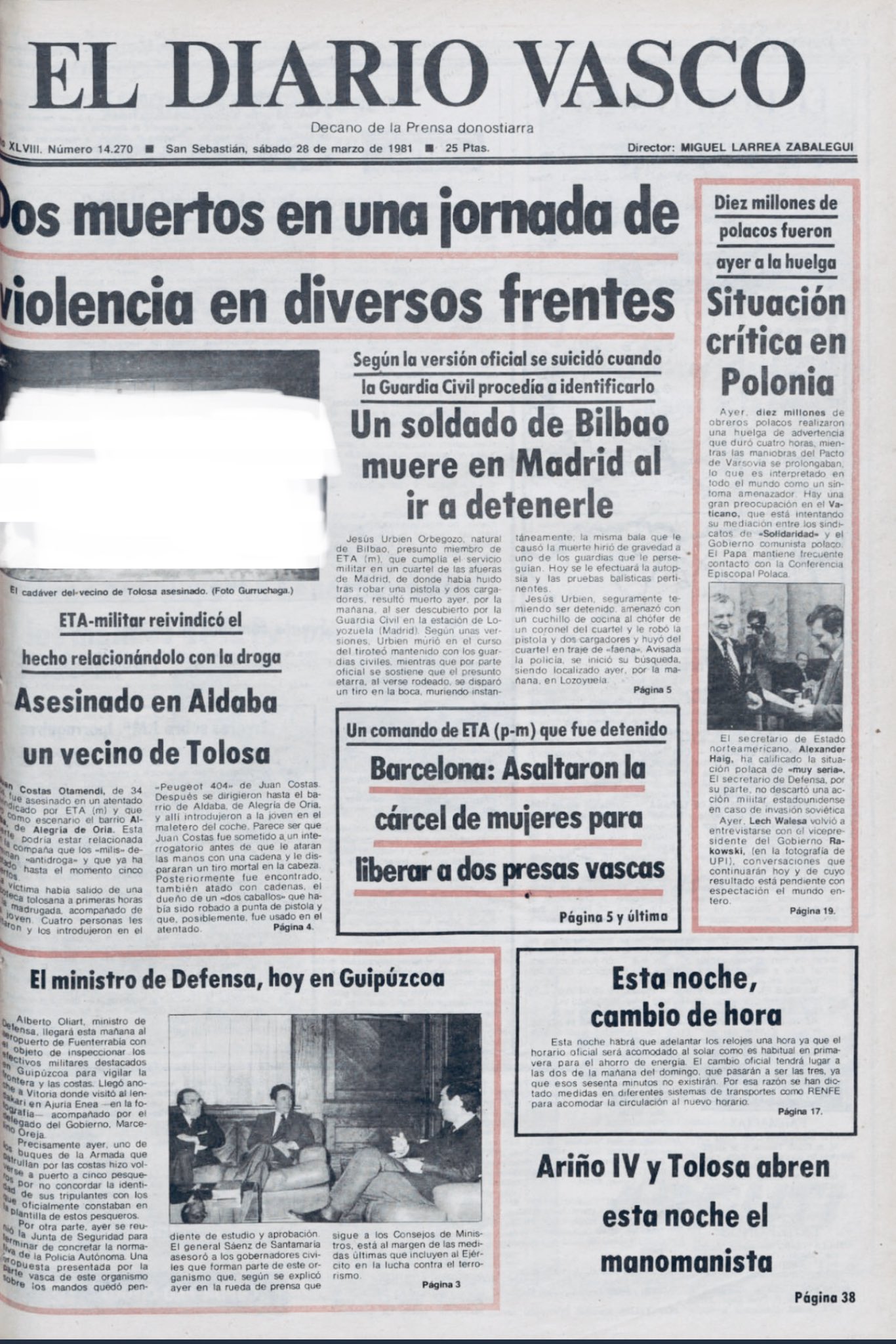 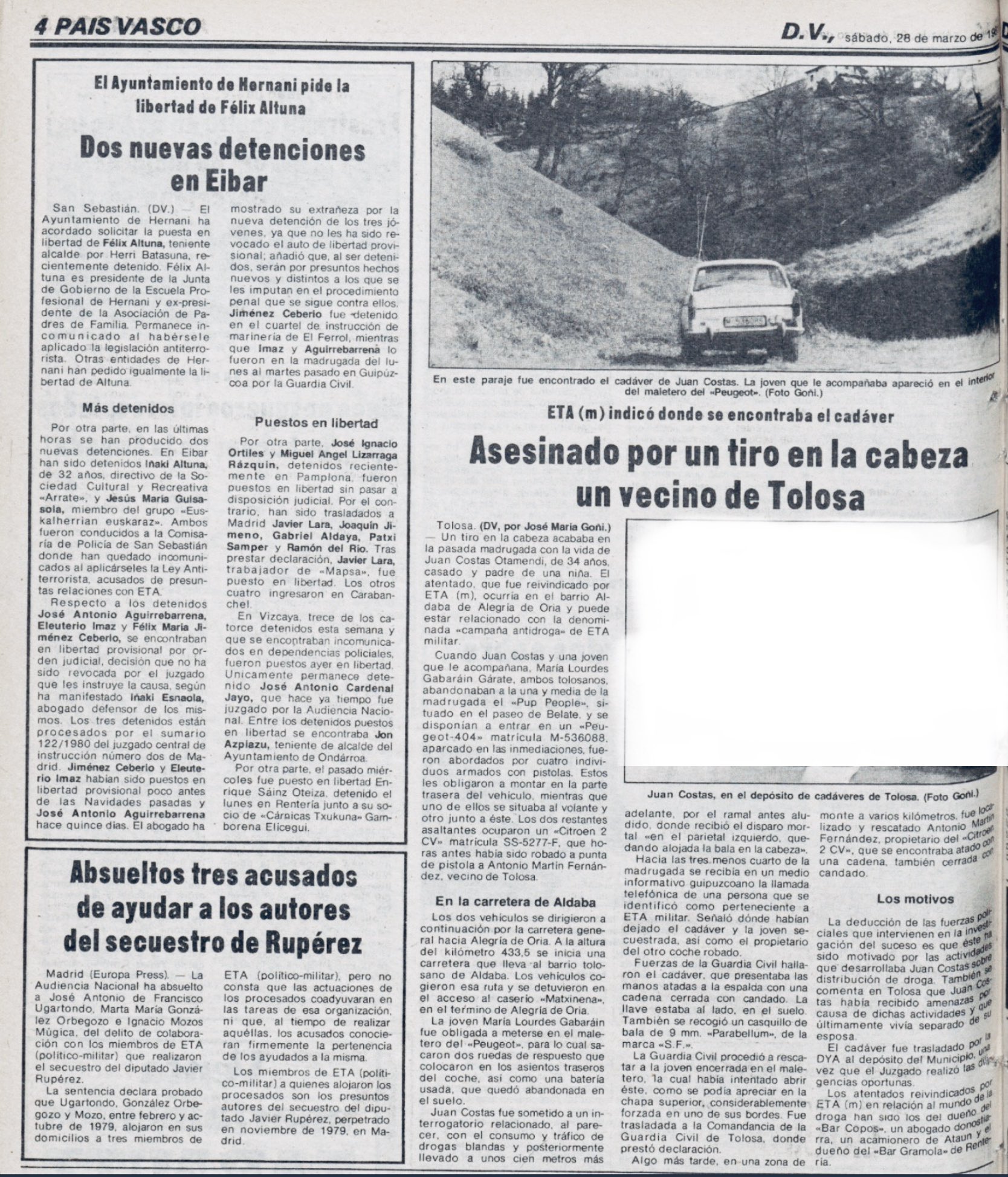