Juan Carlos Ribeiro de Aguiar Nalda, who lived in the San Pelayo district of Baquio, was found dead in the ditch on the road between Baquio and Bermeo. He had been shot five times. No group claimed responsibility for the murder, although the type of ammunition used led the police to suspect that it was the work of ETA. 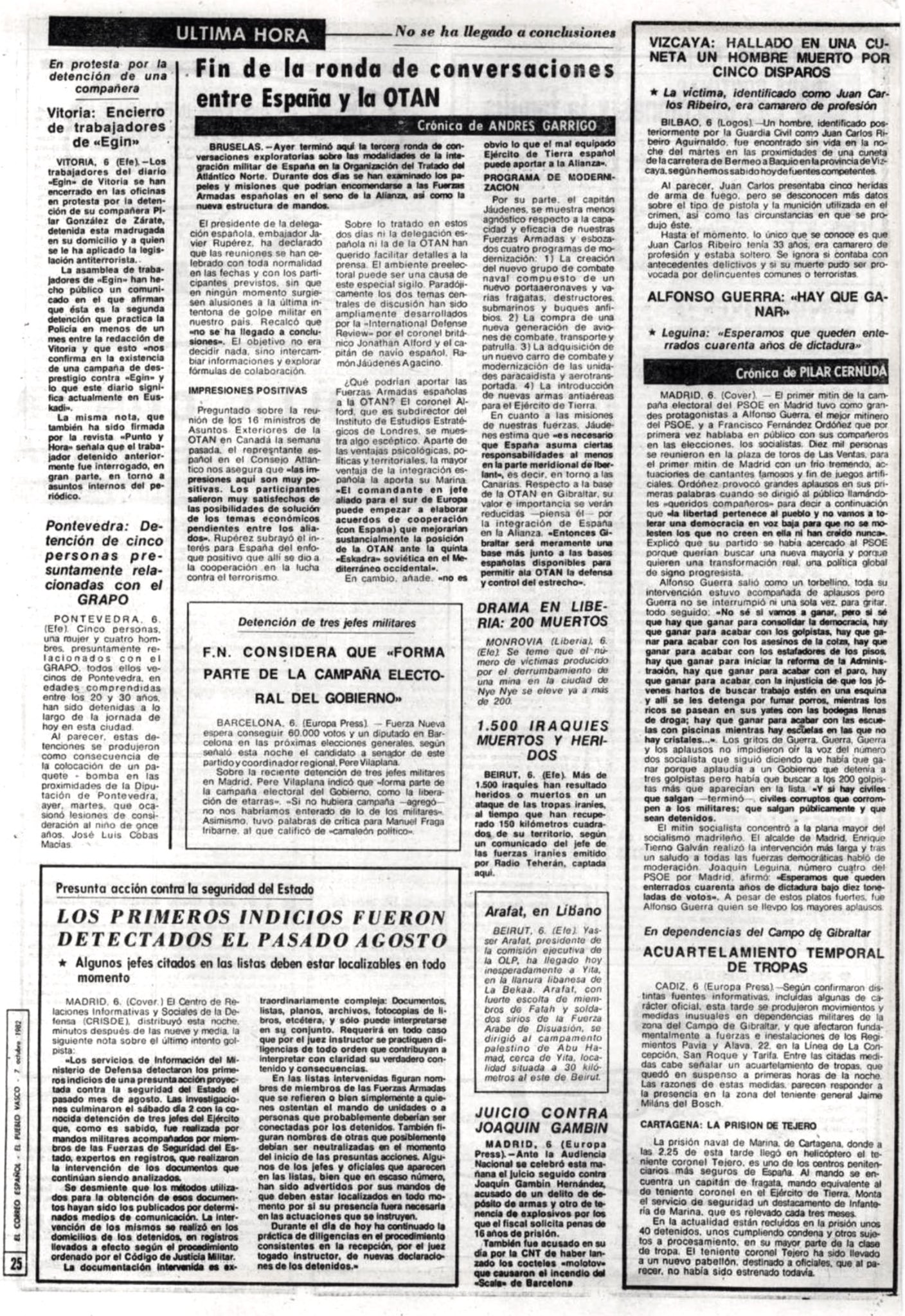 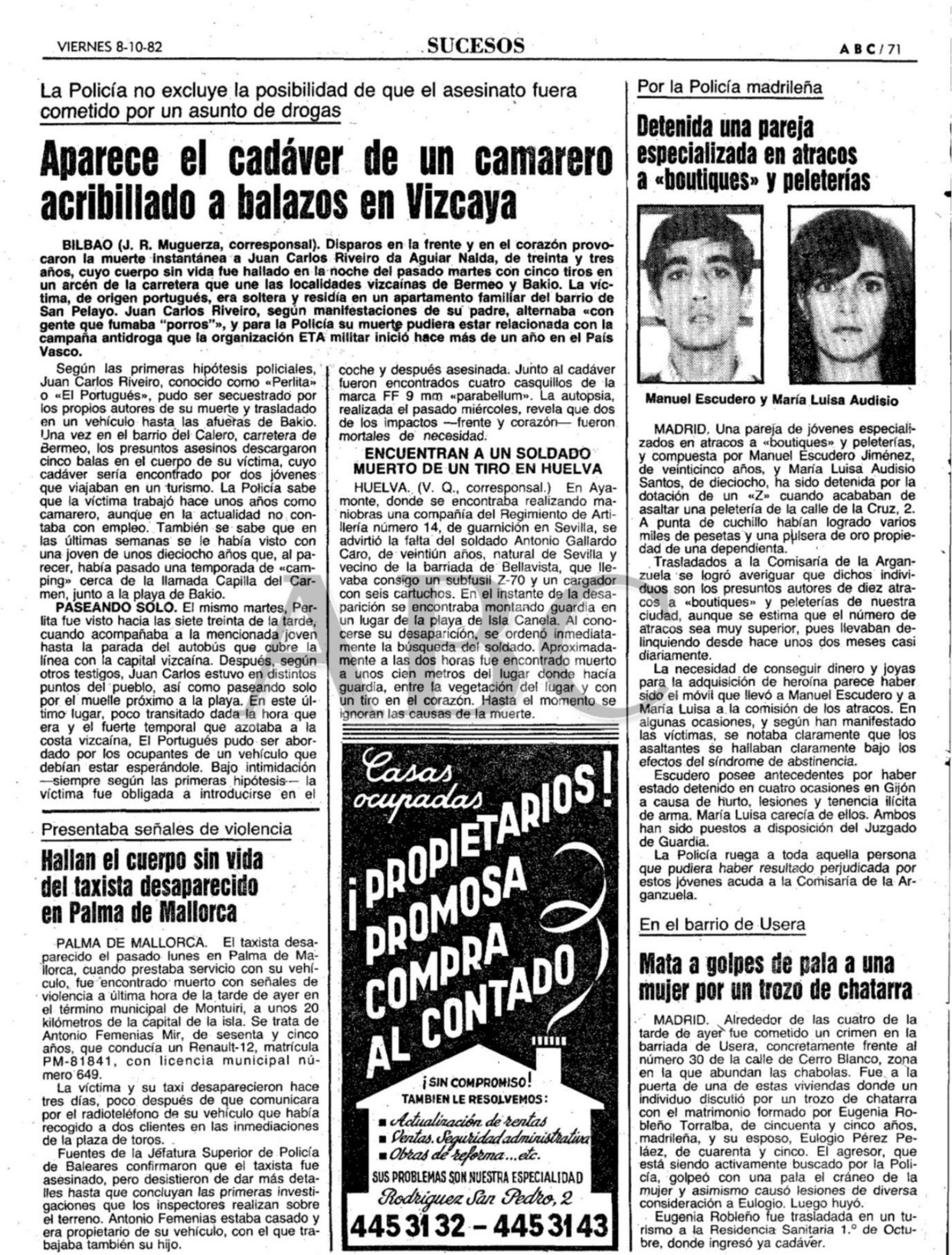 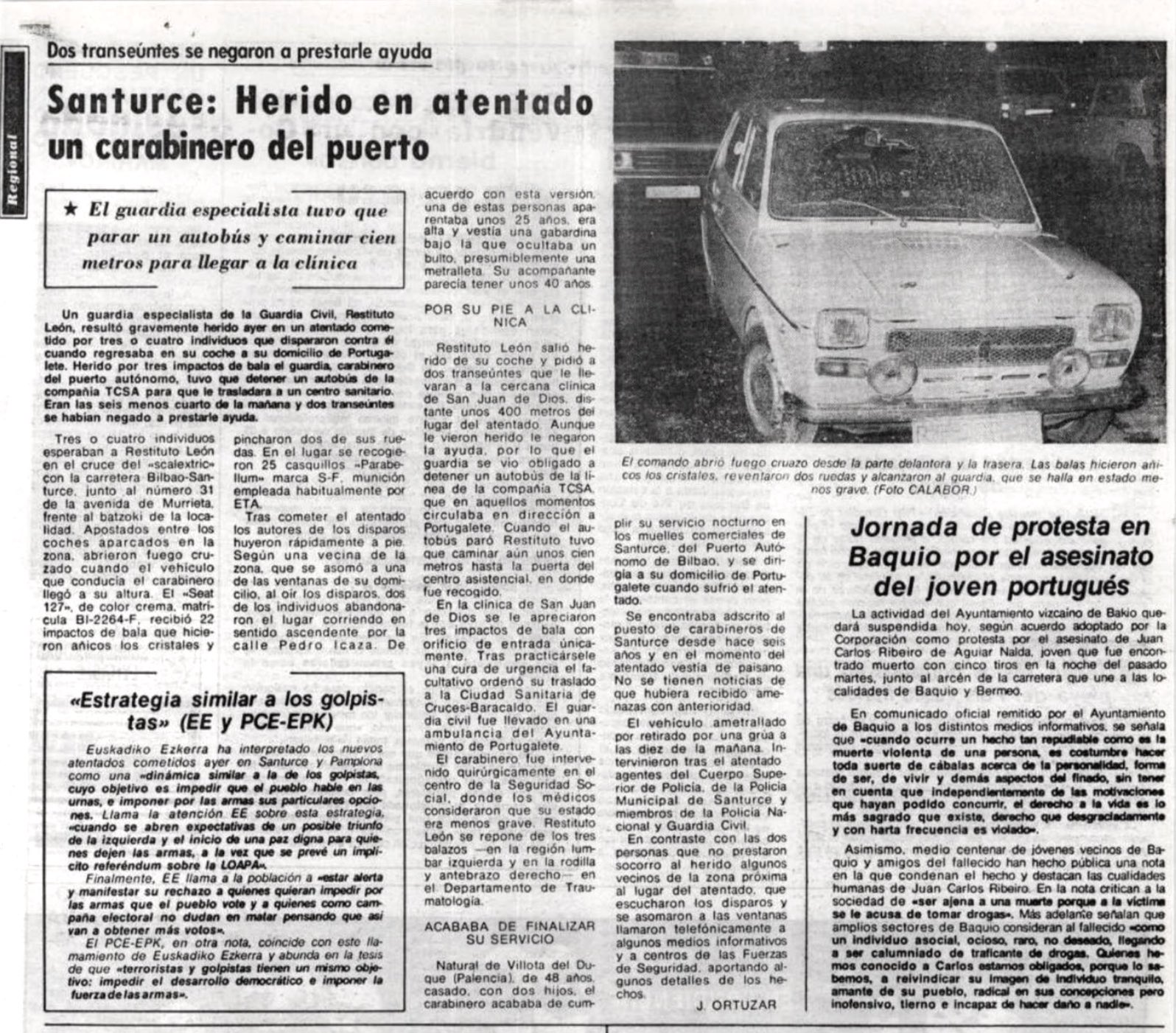 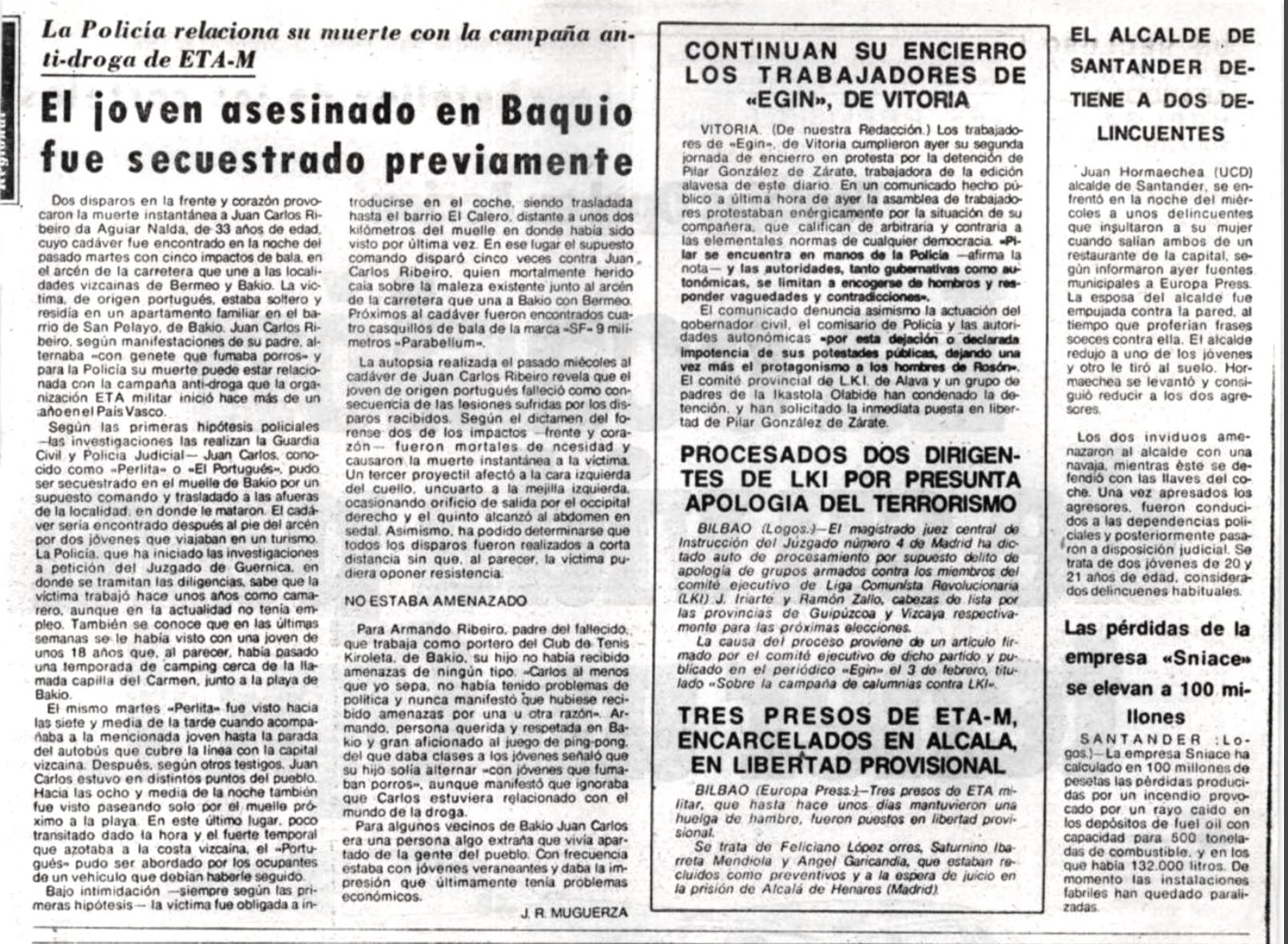