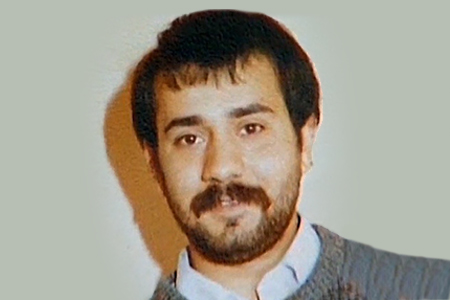 On the morning of 24 July 1987, Juan Carlos García Goena (28) left his home in Hendaye (France) to go to work. At around 5.40 am, he got into his car, which was parked on the street in front of the family home and turned the ignition key. A bomb which had been attached to the underside of the car by GAL exploded. His wife, who was pregnant with their third child, a girl, saw the wreckage of the automobile and the dismembered body of García Goena. The young man died within moments of the attack.

Juan Carlos García Goena, a Gipuzkoan electrician and conscientious objector, had moved to the French Basque Country after deserting from mandatory military service seven years before. At the time of his death, he was working in a firm that provided services to the railways. For several months he had been trying to obtain the necessary papers to return to Spain. He had no links to ETA and was the last person to be assassinated by GAL. 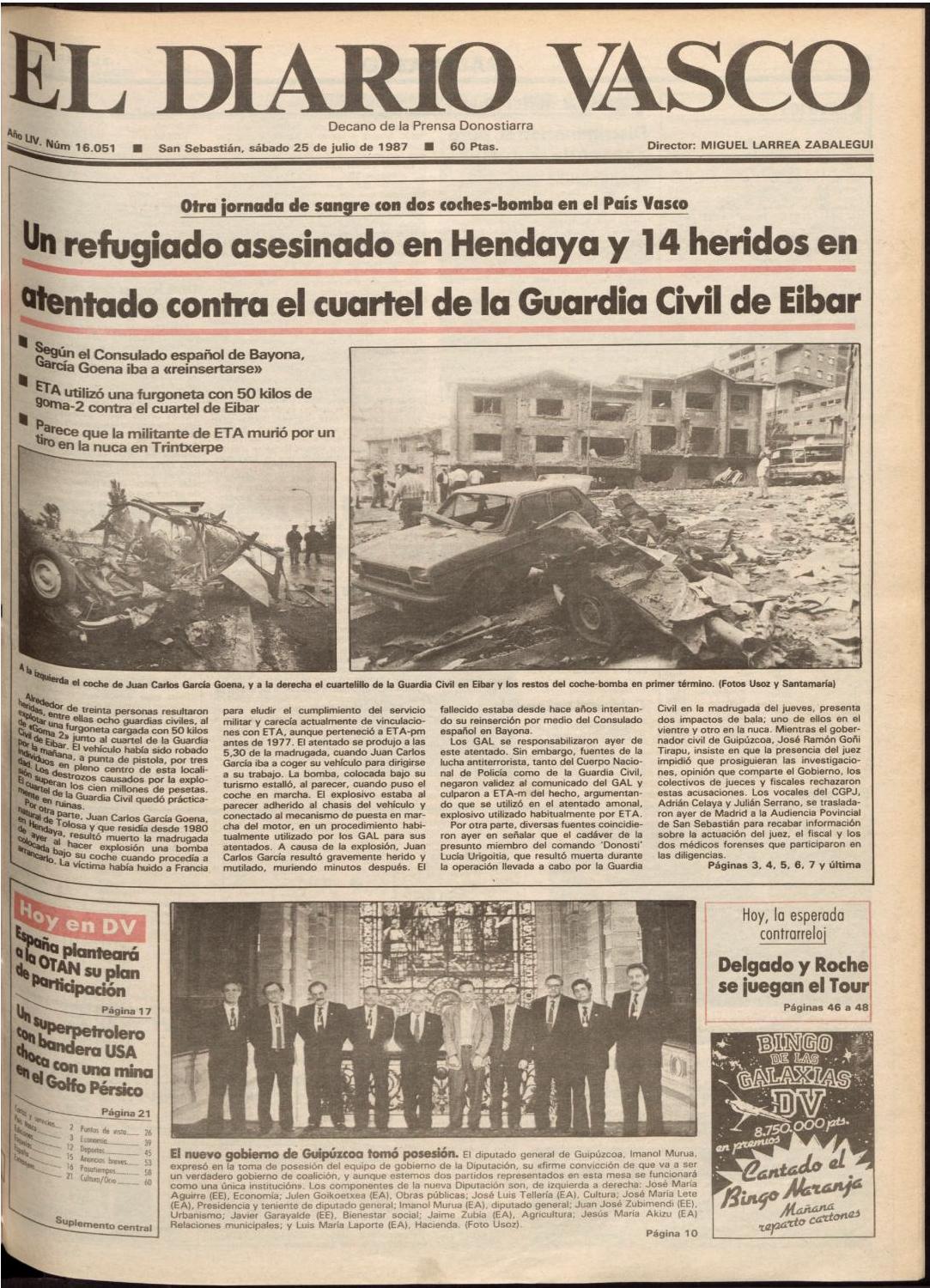 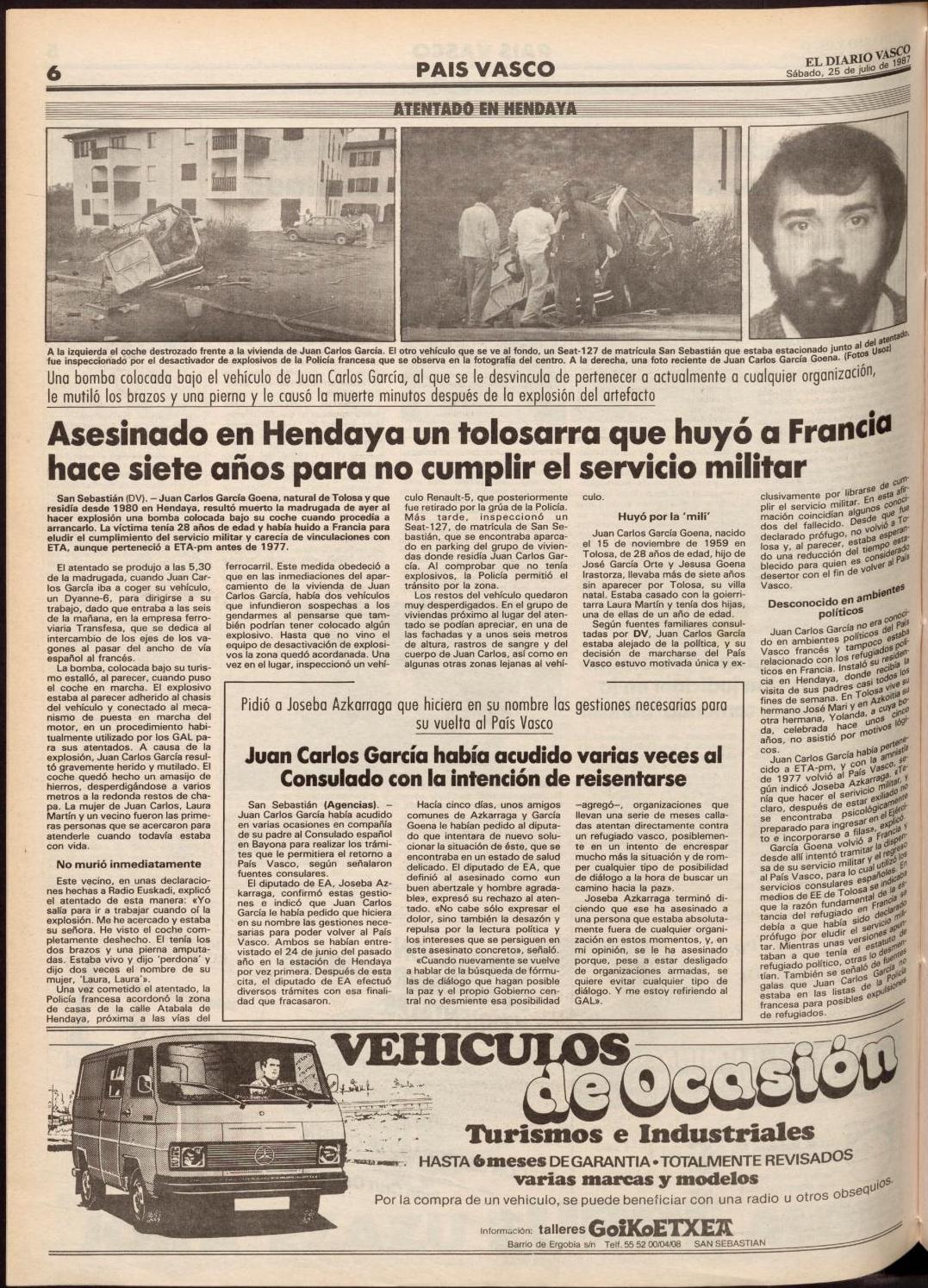