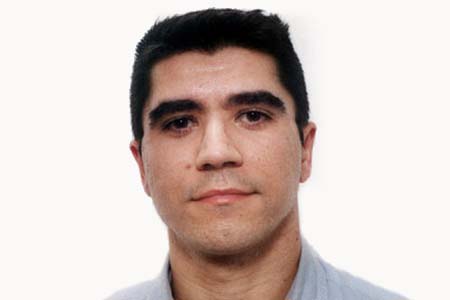 Born in: Madrid
Age: 28
Offspring: 0
Marital status: Single
Job: Researcher at the Complutense University
Date of the attack: 11/03/2004
Place of the attack: Madrid
Weapon: Others explosives
Killed by: Islamic terrorism

Juan Carlos del Amo’s family lived in Coslada. His mother, Carmen, was a cleaning lady, and his father, Carlos, was a locksmith. When Juan Carlos began studying chemistry at the Complutense University, he told his friends “I have to get this degree for my mother, who is scrubbing floors just so that I can study”. Not only did he complete his bachelor’s degree, he went on to receive a PhD with distinction cum laude, to the great pride of his family. On the morning of March 11, 2004, Juan Carlos’ sister, Inés, was supposed to take the same suburban train as him, but stayed home because of a strike at the university. Juan Carlos was killed on the train that was blown up beside Calle Téllez.