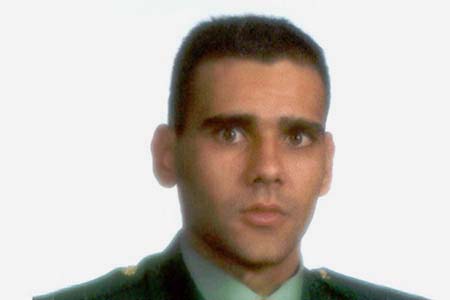 Born in: Asturias
Age: 32
Offspring: 2
Marital status: Married
Job: Corporal of the Civil Guard
Date of the attack: 24/09/2002
Place of the attack: Erreka
Weapon: Others explosives
Killed by: ETA

Supervising the surveillance cameras at the Civil Guard HQ in Pamplona did not exactly live up to Corporal Juan Carlos Beiro’s expectations, and so when a post at the Civil Guard barracks in Leitza became vacant, he was quick to apply for a transfer. His new posting was to last just three months. At midday on 24 September 2002, a patrol went to an embankment on the old Berastegui road where, according to the warning they had just received, there was a banner reading, in Basque, “Civil Guardia, kill him here”. Next to the inscription was a picture of a tricorn hat within a target, with the ETA logo. When the corporal took a few steps forward to inspect the area, a number of ETA terrorists who were looking on detonated a bomb hidden in a canister by remote control. Juan Carlos Beiro was caught in the blast and died while being taken to a hospital in San Sebastian. He was 32 and married and had two twin children aged 5. 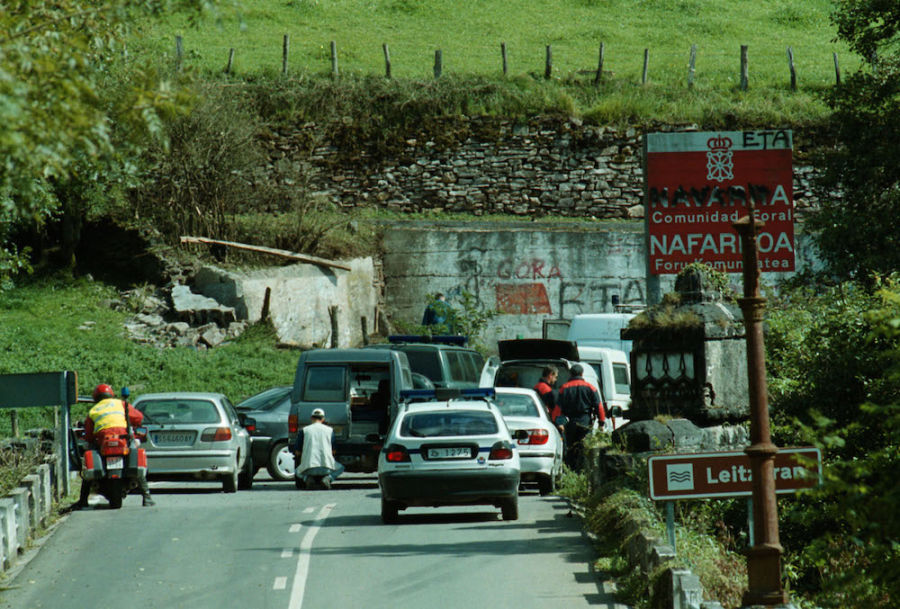 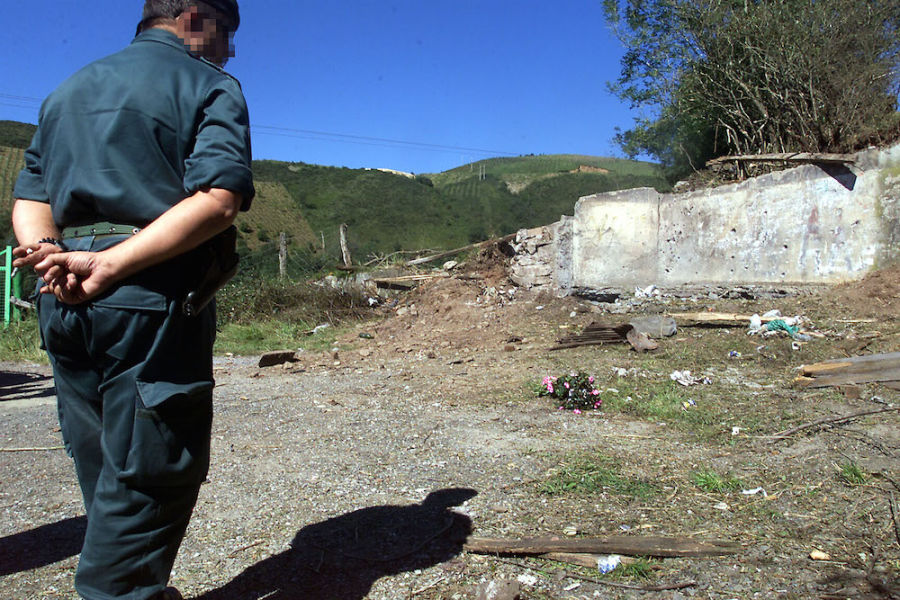 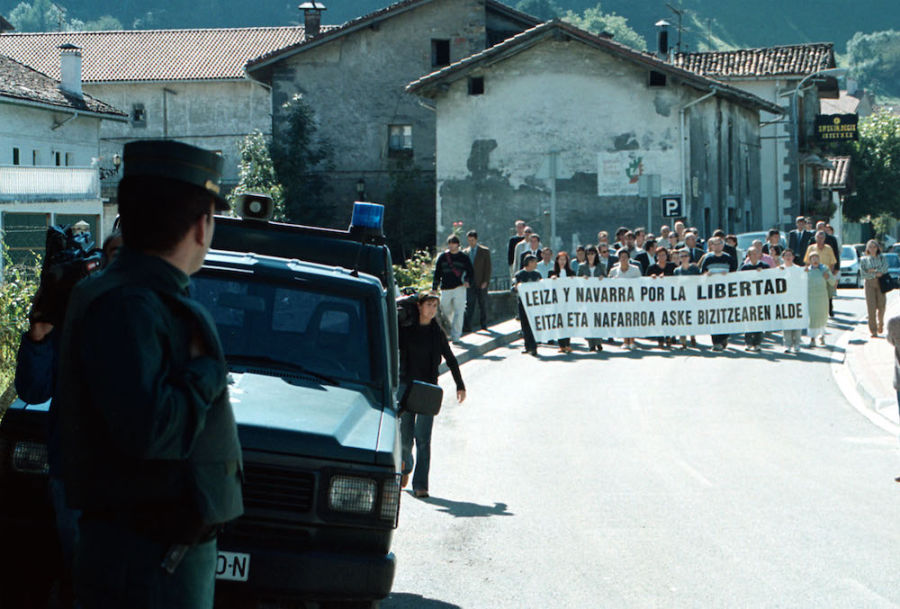 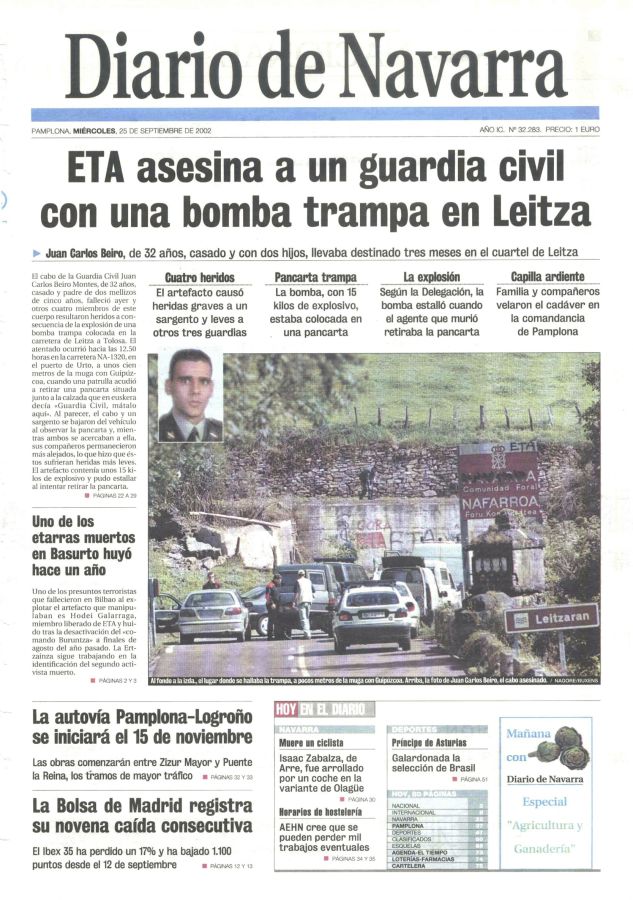