Corporal Juan Bautista Peralta Montoya had been posted to San Sebastián on Friday, 6 April, together with Corporal Miguel Orenes Guillamón and Sergeant Ginés Pujante García, to provide reinforcement for the anti-terrorist forces there. They went out for a walk in civilian clothes. As they were returning to the Loyola barracks, several terrorists opened fire with machine guns from a stolen taxi. Two of the victims were killed instantly. The third was still alive on arrival at the Military Hospital, but died shortly after admission. 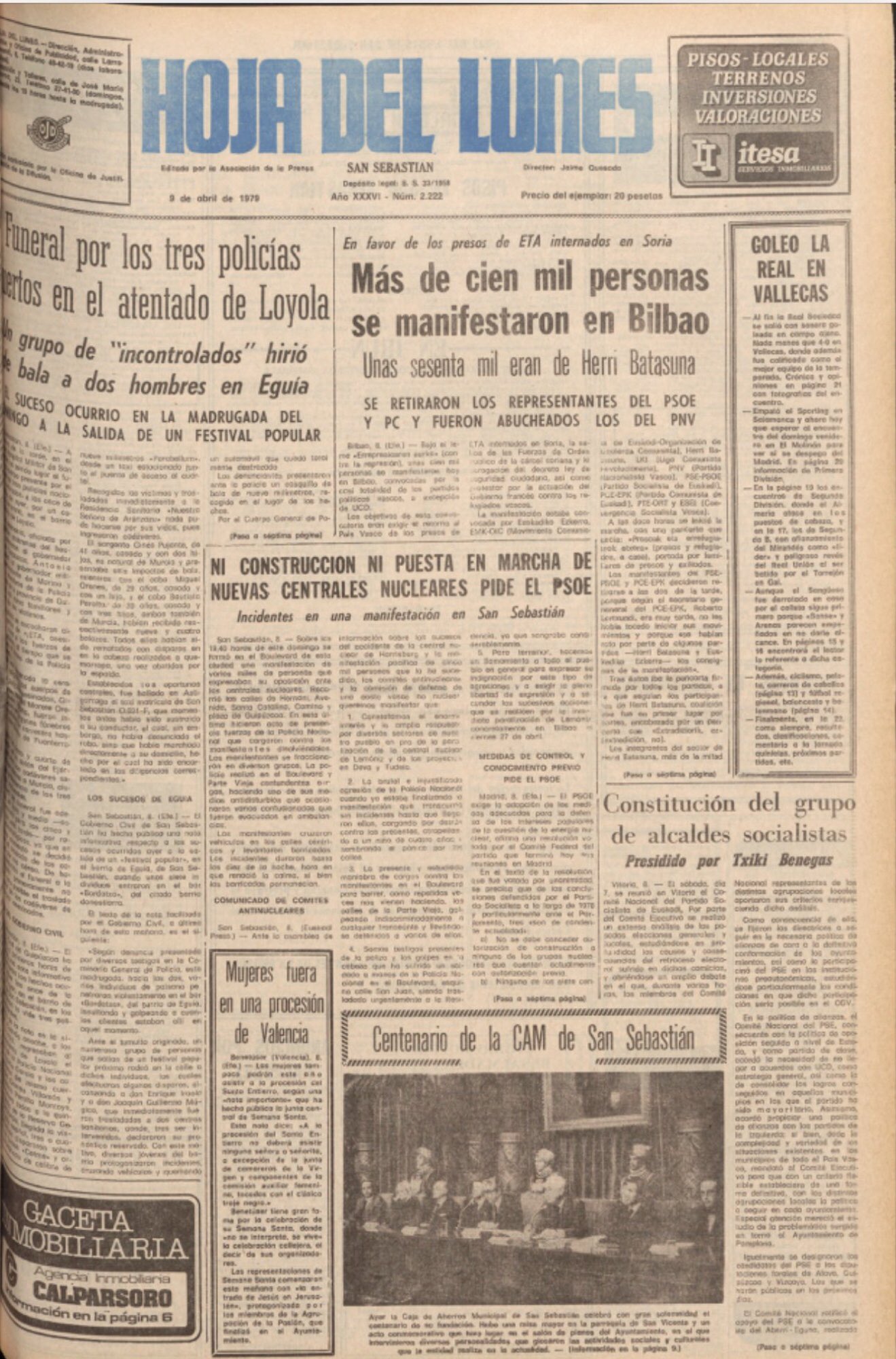 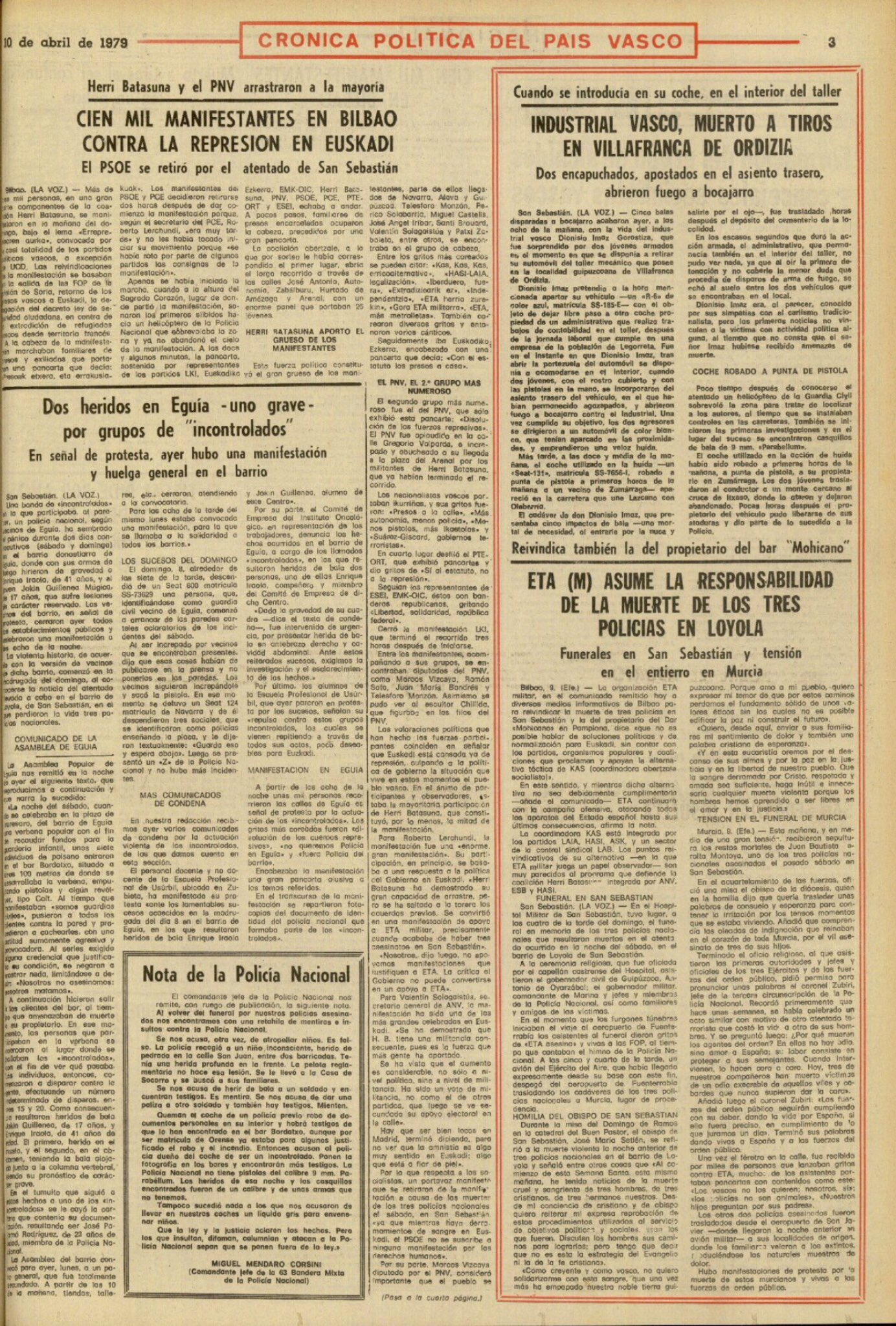 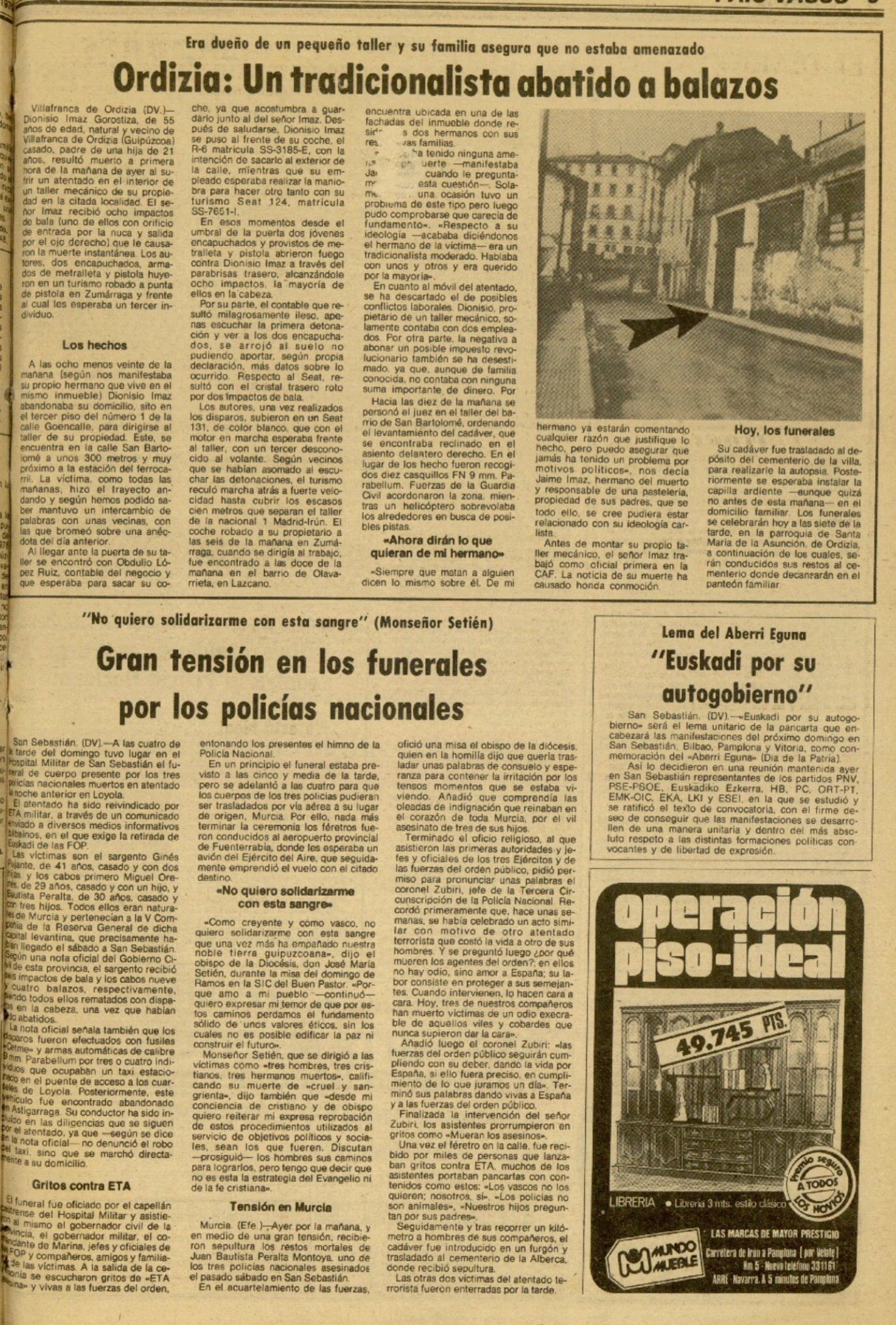 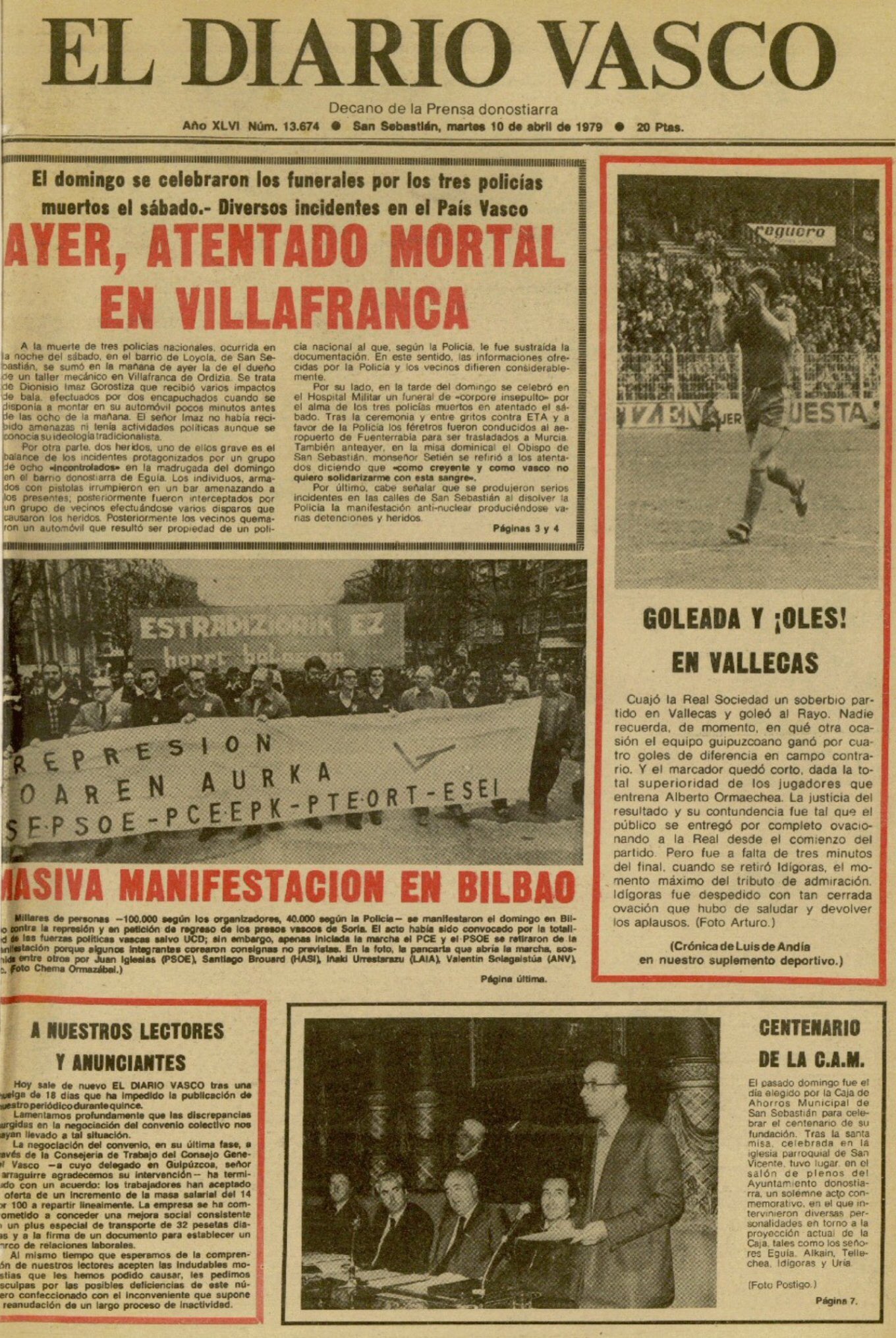