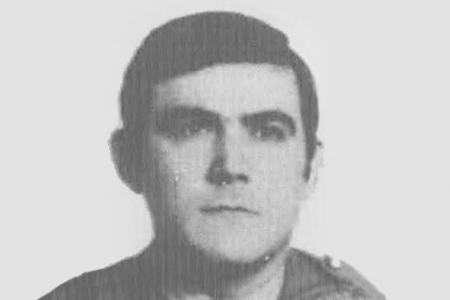 On 25 April 1988, ETA assassinated Lieutenant Juan Bautista Castellanos Martín of the Pharmacy division when he was leaving the garage of his house to go to the Military Government in Bilbao. A vehicle with two terrorists blocked his way and the ETA members shot him three times in the heart, the back of the head and the left arm, killing him instantly. 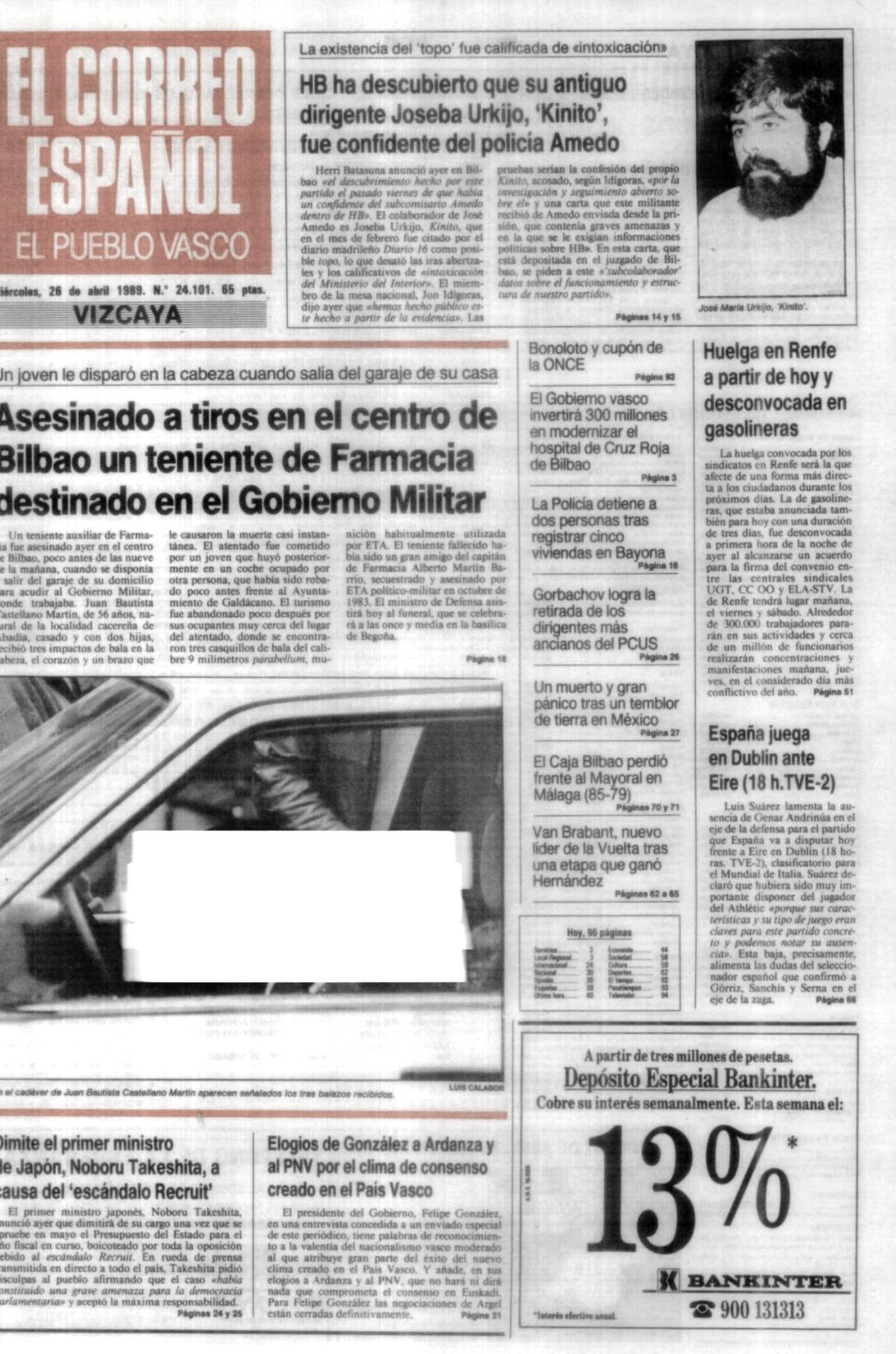 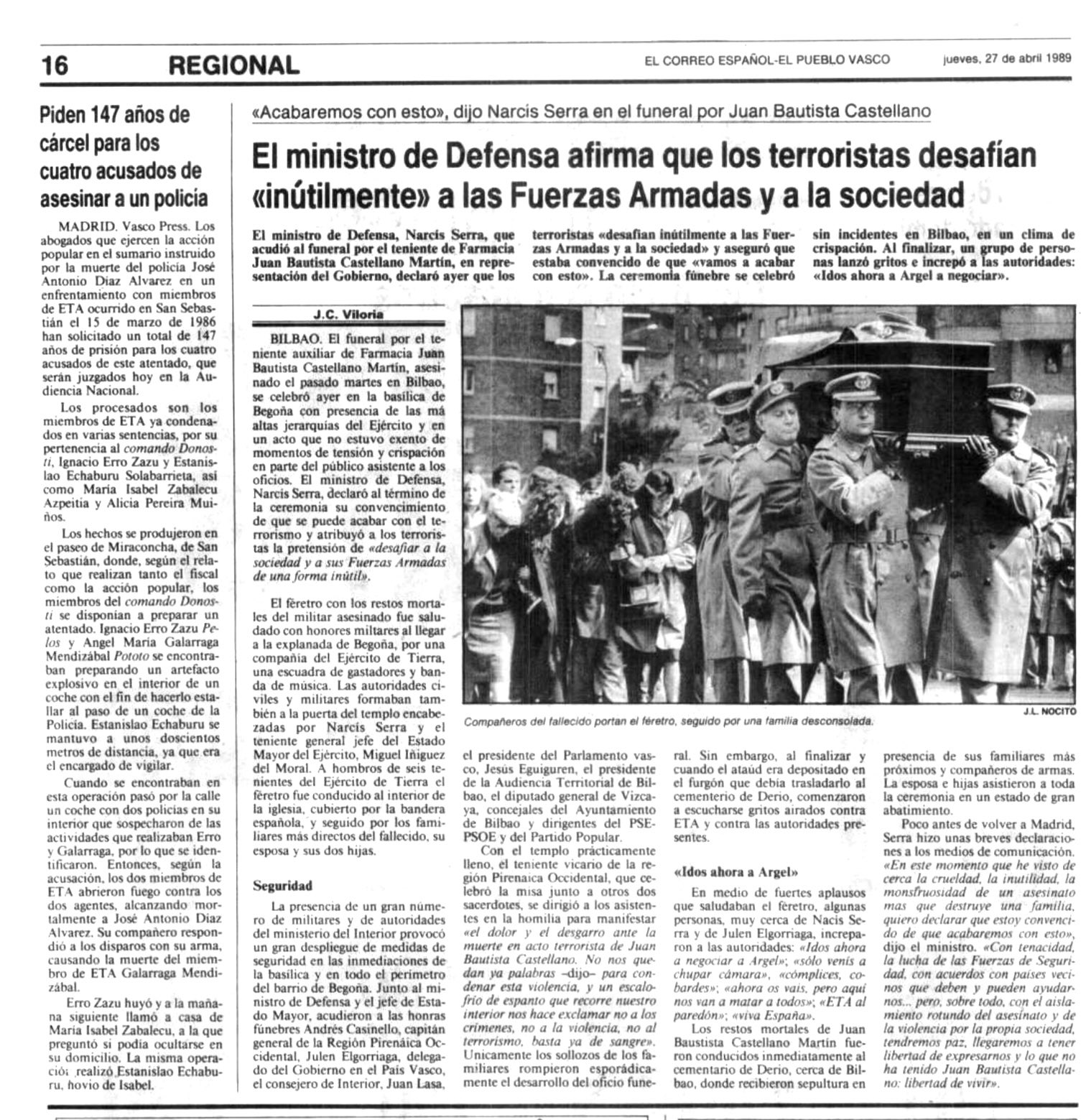 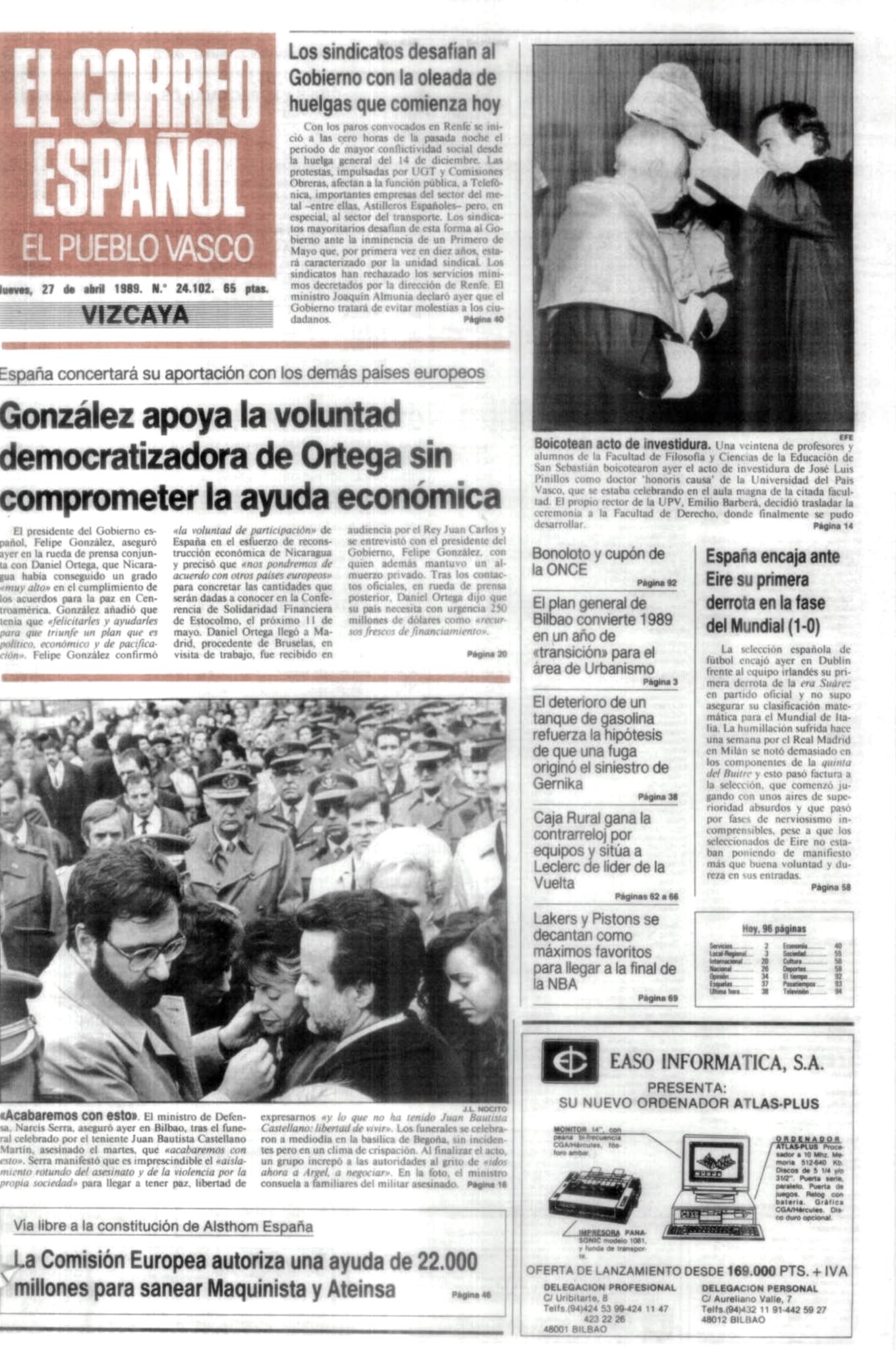 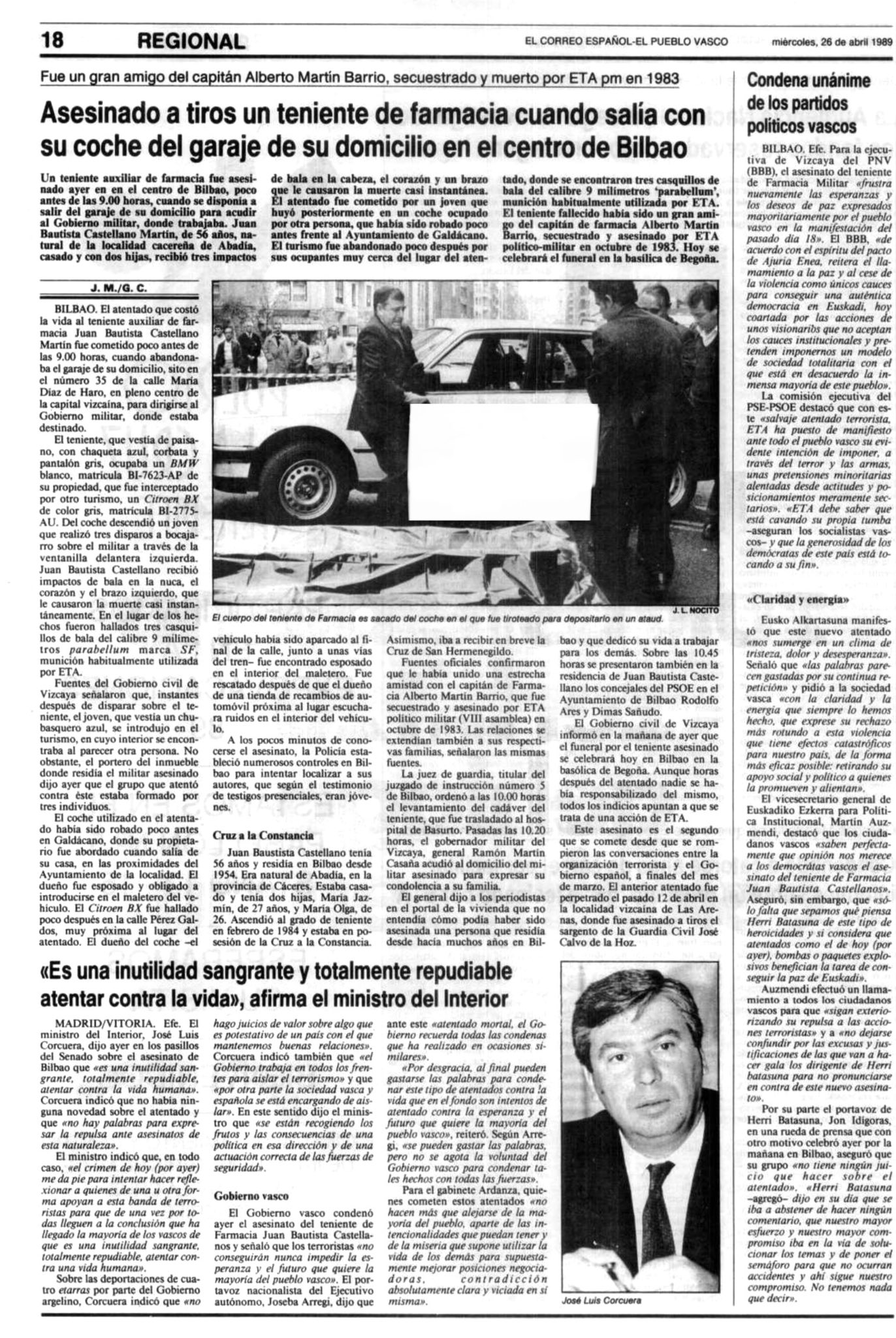