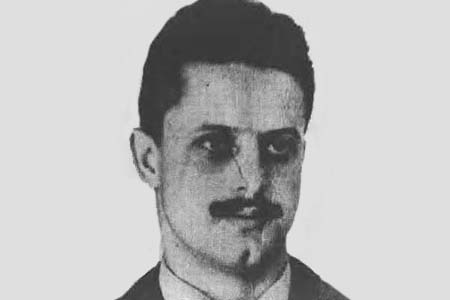 Juan Bautista García was returning to his barracks after leaving his girlfriend in Leiza when he fell victim to an attack that cost him his life. A truck driver who was travelling along the Nacional I road saw someone calling for help. When he stopped, he found the injured civil guard, who told him he had been shot and asked to be taken to the San Cosme y San Damián clinic. The truck driver asked for assistance from a passing car, which drove him to a hospital in Tolosa, but he died on the way.

The victim had previously been targeted by ETA, but on that occasion the bomb squad located the bomb under his car and defused it. 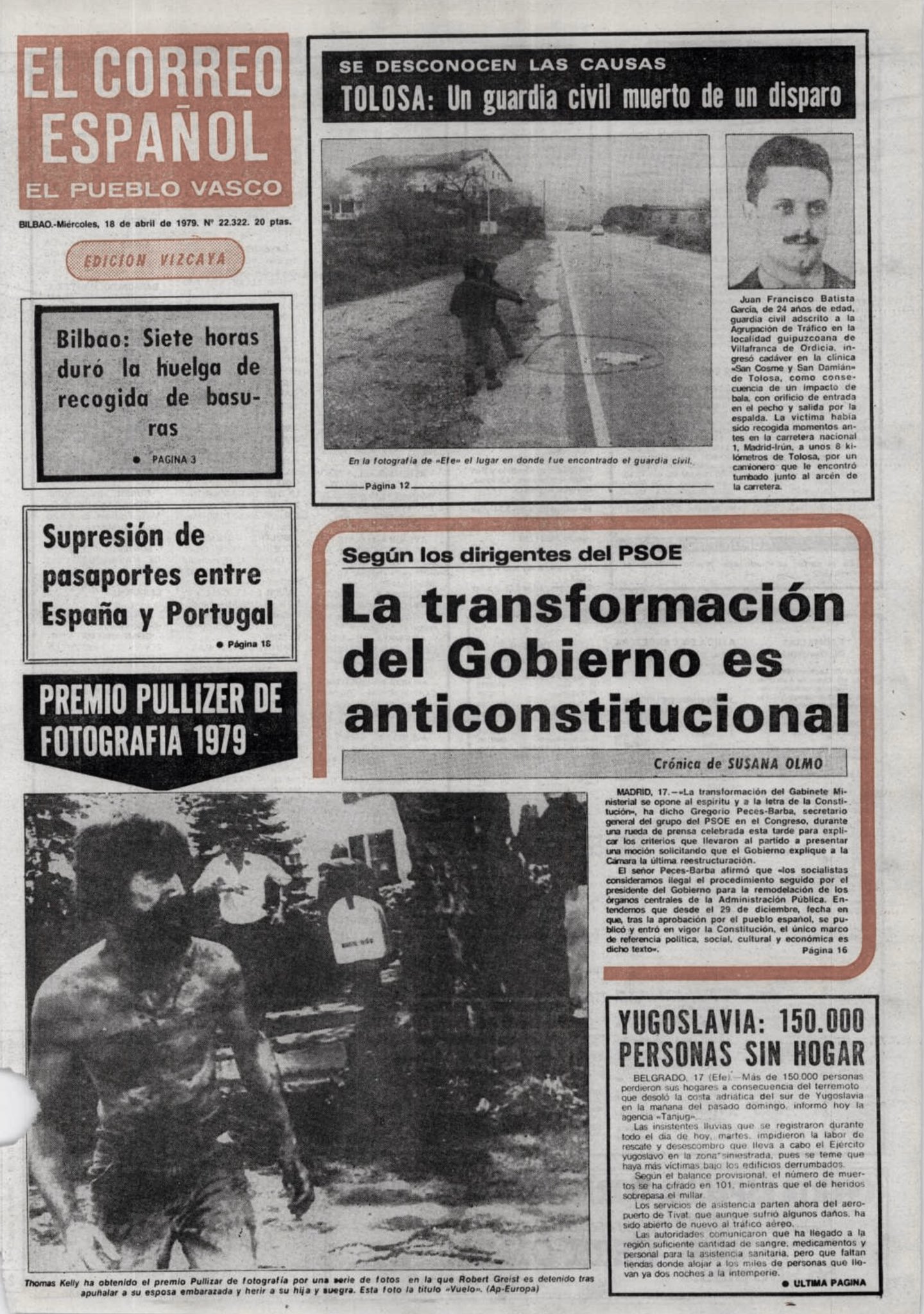 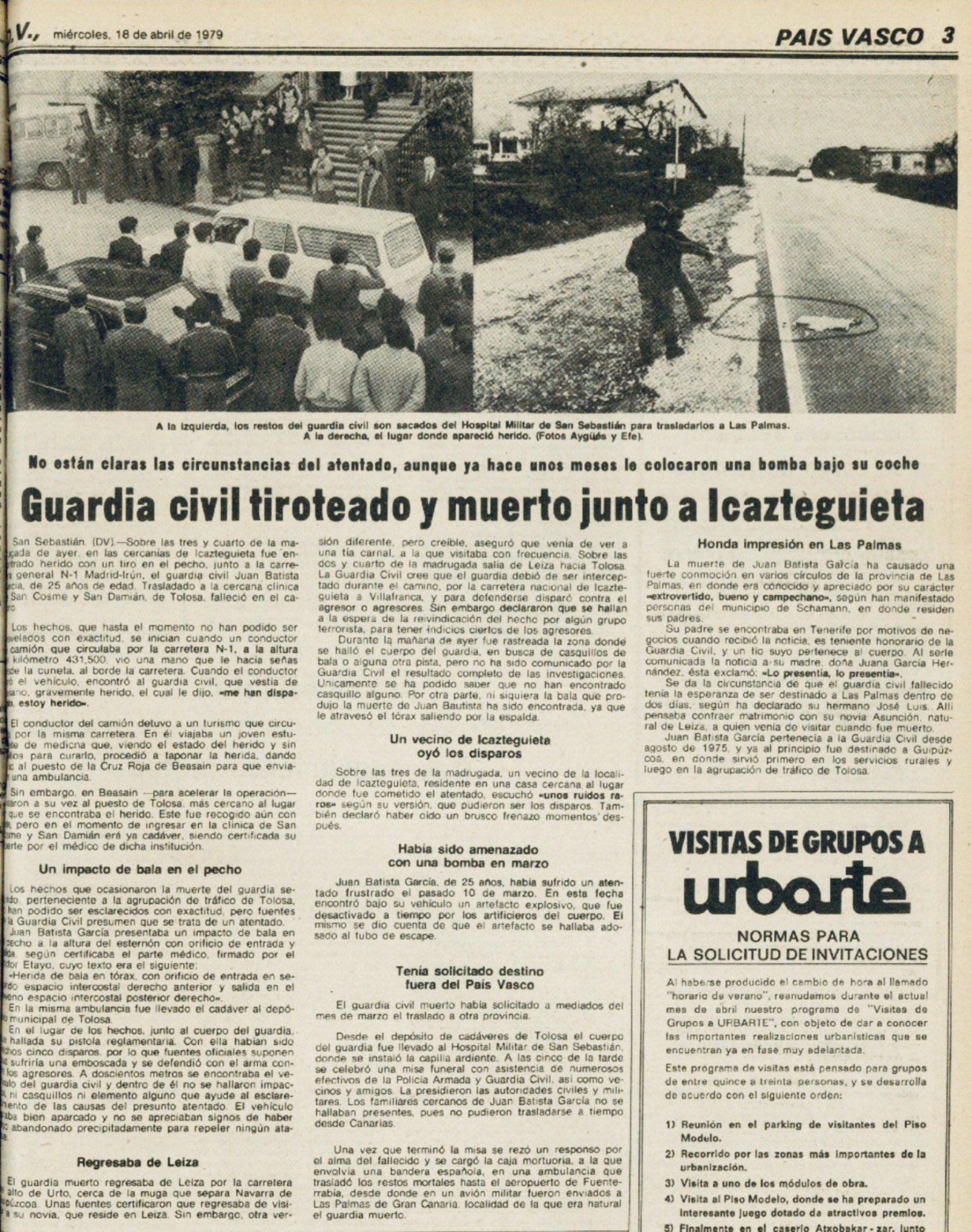 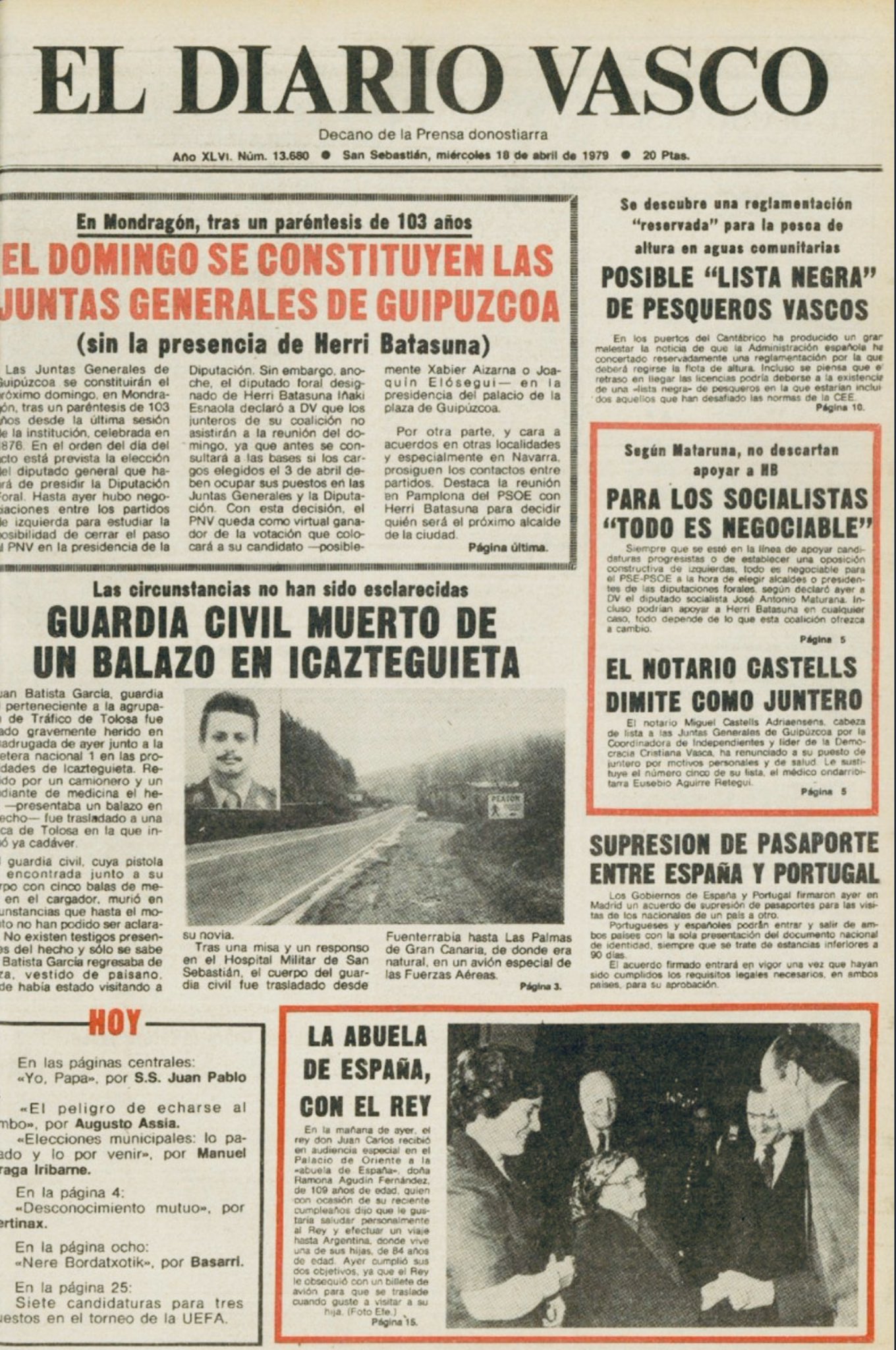