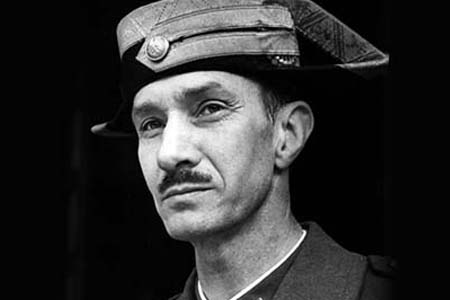 Two days before Christmas, Juan Atarés Peña (67) left his house on Calle Vuelta del Castillo in Pamplona to go to the Civil Guard Headquarters where he wanted to wish his former colleagues a Merry Christmas. The general had retired six years earlier after a long career in the force, during which time he had had to live in 38 different homes with his wife and eight children. ETA had tried to kill him on several occasions, but he had always refused to have a bodyguard. That morning, when he was barely forty paces from home, two terrorists from the Nafarroa unit of ETA shot him three times in the back, killing him instantly. His wife arrived at the place where her husband’s body lay just a few minutes later. “I want to forgive everyone,” she was heard to murmur, as she embraced him for the last time. 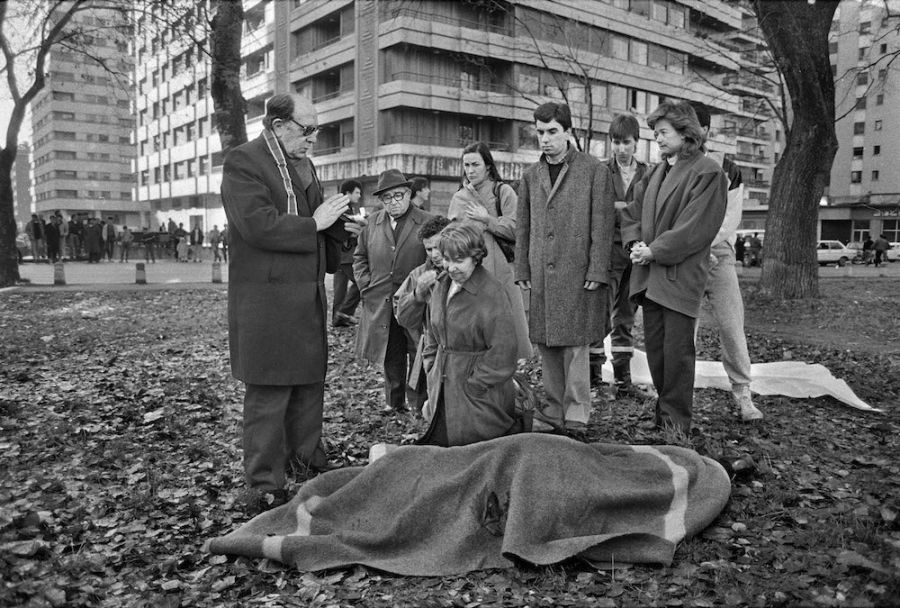 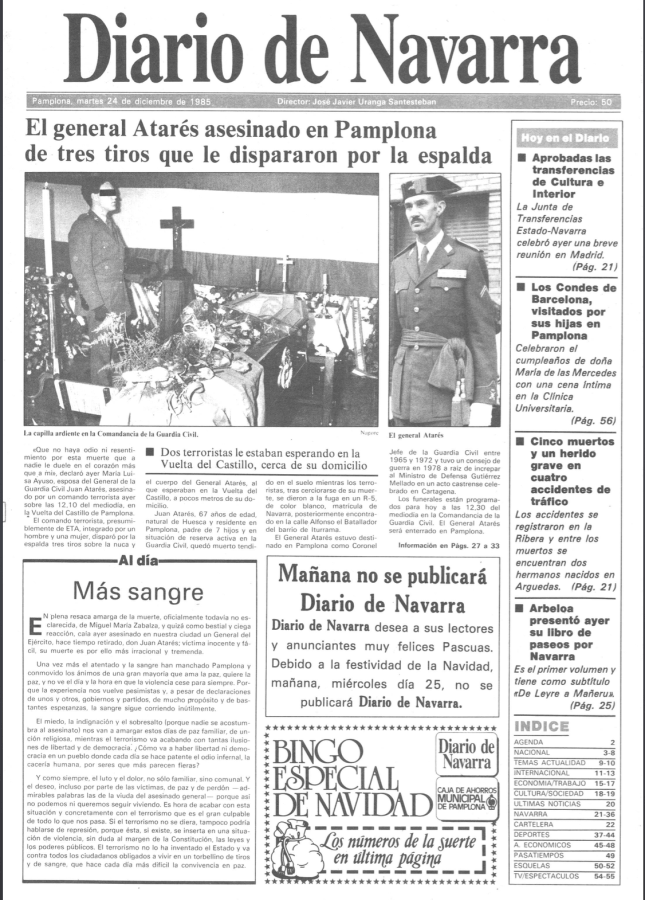