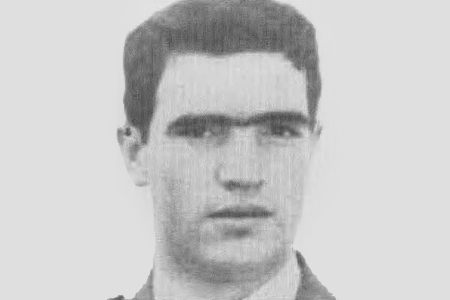 ETA’s Aizorrotz Unit had planted a bomb in a building under construction. Several hours later it was found by the owner of the property and some members of his family, with a note reading “Warning: do not pass. Explosives” – signed by ETA. When Juan Antonio Díaz Román tried to defuse the device, which contained two kilos of Goma 2, it went off, seriously wounding him. He was taken to the Military Hospital in San Sebastián, where he later died.