On the morning of 28 May 1990, an employee of the transport and parcel services went to the offices of Sociedad Intermedios Financieros in Valencia to deliver a package to Juan Antonio Pérez Herrero.

At around 12.15 pm, when the recipient tried to unwrap the package, an explosive device inside exploded. The blast wrecked the room, blew Juan Antonio Pérez out the window and injured another six people. The victim lost a hand in the blast and was taken to hospital, where he died that same evening. An initial investigation determined that it was unlikely that GRAPO or ETA were involved in the attack, and the case was closed without establishing who was responsible for the attack.

Juan Antonio Pérez was the sales manager of Intermedios Financieros. His father had been the secretary general of the Civil Government of Valencia and his uncle Fernando Herrero Tejedor, minister and General Secretary of the National Movement. 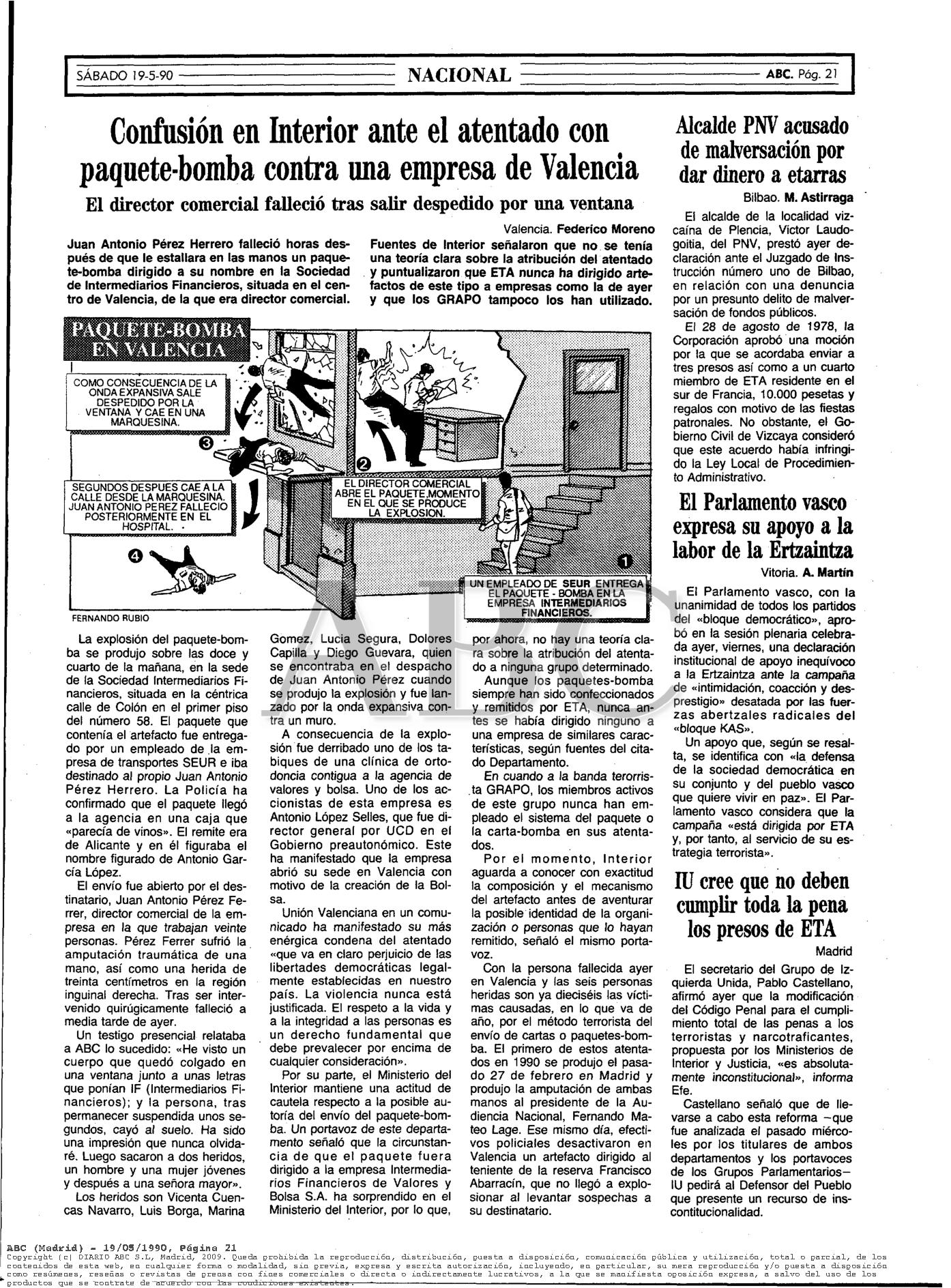 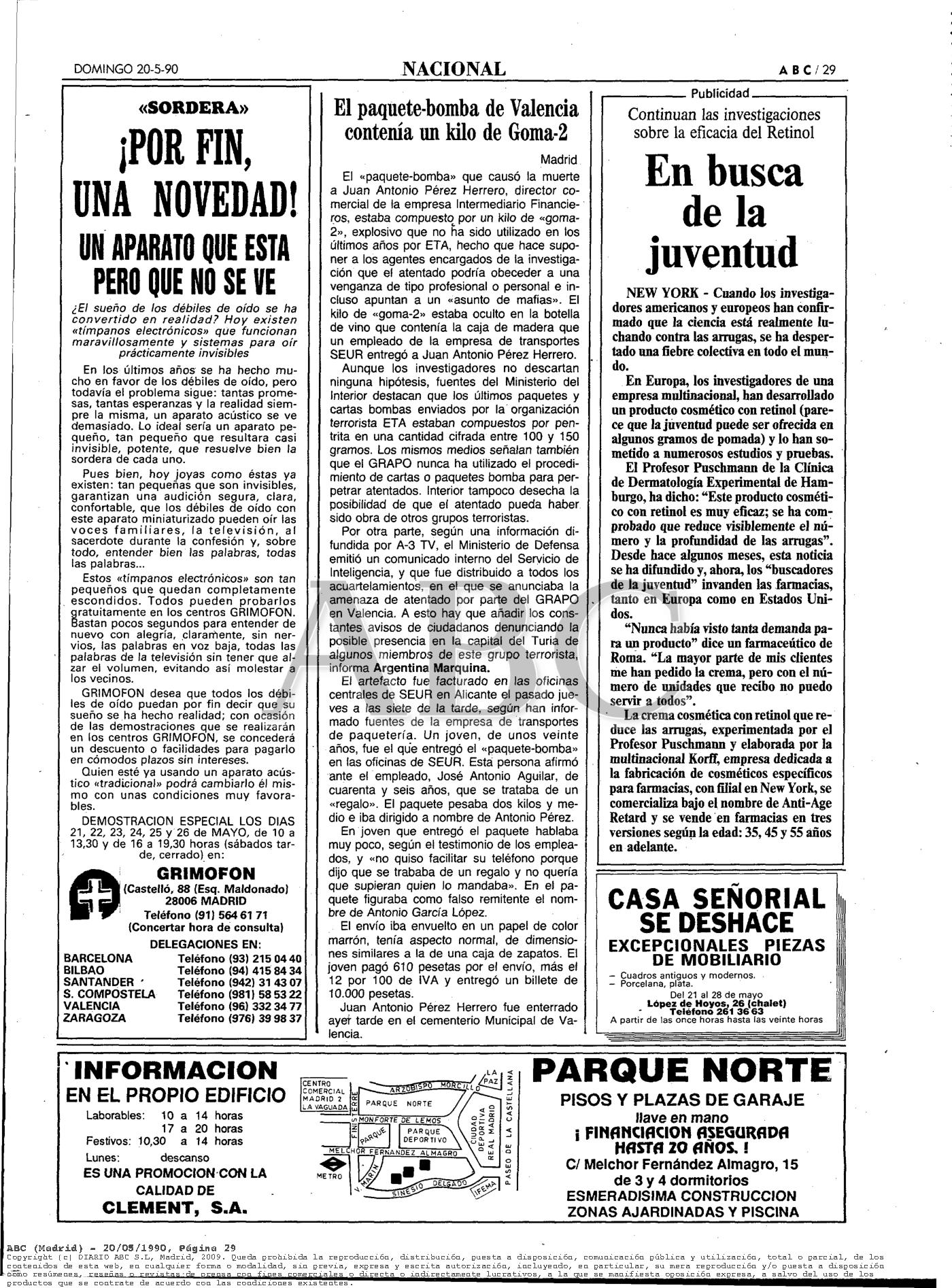